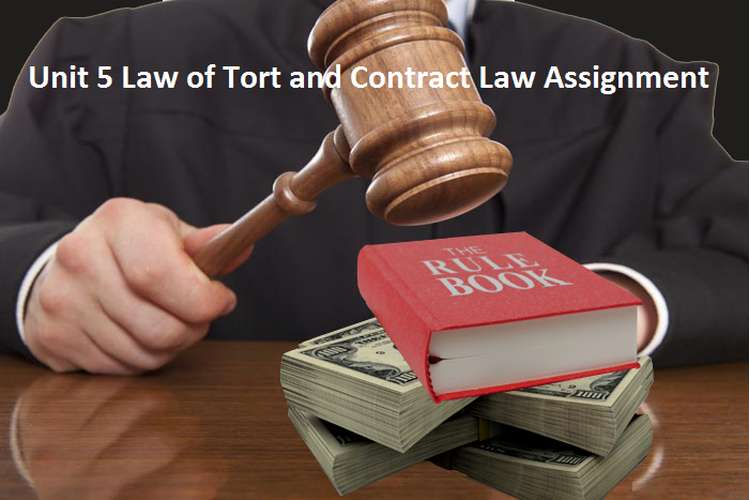 For a contract to be valid it is important determine the presence of elements under a contract. The contracts are different in nature and the types are to be analyzed. The concept of liability under law of contract and law of tort is to be studied. The difference is to be established and the basis is to be determined. The Unit 5 Law of Tort and Contract Law Assignment is to be conducted in reference to the case laws. 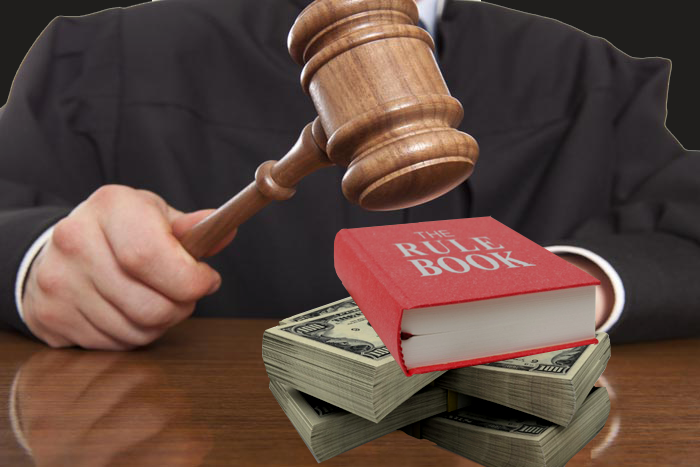 1.1 Explain the importance of the essential elements required for the formation of a valid contract to Mr. Michael Jackson.

When two or more parties come together to perform a certain act agreed to amongst themselves. The acts are bound by several elements that are involved while entering into a contract. A contract is said to be initiated when the offer is made by the offeror for the specified purpose and the associated terms. The offer may be made to one party or several depending on the nature of the contract Carlill v Carbolic Smoke Ball Co. If the offeree is in agreement to the terms so offered by the offeror under the offer then the same would be regarded as an acceptance. An acceptance shall be express in nature and through an acceptable means of knowledge and communication. The acceptance is drawn only when the contract is to be formed. As described under Payne v Cave if the offer is withdrawn no acceptance can be made. (Meyer, 2010)

Every contract is required to contain the element of consideration. It is regarded as something of value that may be exchanged between the parties to make up for the loss of value suffered in the transaction by each party. The consideration shall be of present nature and be sufficient as described under Chappel v Nestle. To determine the true nature of the contract it is important to derive the intent with which it was entered into. The intention of the contract helps in determining the enforceability of the contract. This would mean that if the contract is entered into by friends then it would be considered as a social contract with no legal enforceability unless it is mentioned. Wherein if the same is entered into by the unknown parties then it would be considered as being a commercial contract Rv Clarke. (Richards, 2006)

1.2 Discuss with Mr. Michael, the impact of different types of contract

If the parties are present in front of each other when the contract is being entered into then it would be considered as a face to face contract. These contracts are also known to be oral contracts. The terms and conditions of these contracts are discussed in a conversation and the acceptance is determined in the conversation itself. This is because it is advisable that the contracts should be in writing. If the written contract is entered into it would imply that the terms and conditions of the contract are clear in meaning and the can be referred to in the document containing the contract. As the written contract is present it may be brought forward for enforcement under the law.

If the contract is present between the parties from two different locations then the same is distance-selling contract. Such contract is most commonly known for the online selling contracts entered into by each of us. The information regarding the charges an payments shall be clearly determined to avoid hassles. (Collins, 2008)

1.3 Analyze terms in contracts with reference to their meaning and effect

2.1 Apply the elements of contract

It is observed that in the present scenario the Law Book was displayed in the window for the shop for the intimation for the availability of the same. The display in a window is regarded as an invitation to offer. The invitation to offer was for the purchase of the book. When the customer went in and made the offer he was told that it had already been sold and that the shopkeeper had forgotten about taking it down from the window. It may be said that the offer was made by the customer that was not accepted by the shopkeeper. Therefore, no contract could be said to have been entered into. The type of contract that is being discussed is that of commercial nature. (TAN, 2008)

Whereby, the possibility of breach and the remedy is restricted by a clause in a contract, such clauses are regarded as the exclusion clauses Curtis v Chemical Cleaning Co. Such terms are to be present in writing most of the times and important to be interpreted in accordance with the UCTA, 1977. The terms are considered unfair if they restrict the liability so arising from the death or injury. They have to be express and common to the parties of the contract Chapelton v Barry UDC.  The clause may be included with the help of the notice Thompson v London, Midland and Scotland Railway Co. The clauses entered into by the parties are only applied towards the parties to the contract Thornton v Shoe Lane Parking.

It is observed that the hire rent for the chairs was 50p per hour. At the time of hire a ticket was presented to the customer that contained thee exclusion clause of limiting the liability in case of any injuries or loss. It may be held that the clause is invalid or unfair according to the UCTA, 1977 as it avoids liability for injuries. Also, as the chairs were given during the regular course of business it was expected to be provide with reasonable skill and care by the seller under the Section 13 and 144 of Sale of Goods Act, 1979. Therefore, John may be able to claim the damages so suffered by him from the injuries so caused. (Bell, 2013)

3.1: Supporting your answer with reference to cases and clear explanation of legal principles, contrast liability in tort with contractual liability.

In the case of Donoghue v Stevenson, Lord Atkin determined a neighbor’s principle. It demonstrated the extent of responsibility towards the customers that use the product either directly or indirectly. Mrs. Stevenson suffered from stomach infection and psychological loss from seeing a decomposed snail in her meal purchased by her friend. This incident led to laying down the duty of care to be undertaken by the manufacturers while providing the products. Under Adam v Lindsell, the acceptance of contract through post was determined. The letter to be posted for acceptance should have been through the post. After the acceptance was posted, the seller had sold the wool to another buyer. It was held that the seller owed the breach of contract so entered into with the prior buyer with whom a contract exists. It is observed that the contract is entered into as soon as the letter of acceptance is posted.

3.2: Explain the nature of liability in negligence

Under Morris v Murray the defense of volenti non-fit injuria would not be applied because the injured party plays acts that are of moral compulsion even if it is not legal. Under Haynes v Harwood it was discussed that the policeman injured during an attempt to stop the horse from harming the people in the society would be rewarded with damages because the act of injuring oneself out of a moral compulsion.

3.3: Explain how a business can be vicariously liable

Vicarious liability is regarded as the liability for the duties of another person. Such duty is in the benefit of the person being held liable. The liability arises because the person performing the duties would not have done so if the other party did not ask the same. The liability will only arise if the damages occur while performing the official duties and not personal actions. The vicarious liability in general exists in the relationship of employer-employee. Other relationships that consider the vicarious liability are that of master- servant, agency and partnership. As an employer, it is a duty under Health and Safety at Work etc. to maintain the safety of the employees on the premises. Under the Occupier’s Liability Act, it is important for the occupier to ensure that the visitors and non-visitors are kept safe and are informed of the safety hazards to maintain precautions. (Randall, 2014)

Under the case of Mersey Docks & Harbour Board v Coggins & Griffith, it was determined that if in case an employee has more than one employer then the employer having the direct control over the employee when the wrong is committed would be responsible for it. Under Smith v Stages it was held by Lord Goff that the wrong shall be committed while performing the official duties or anything incidental to official duties. (Renouf, 2008)

4.1 Apply the elements of the tort of negligence and defenses in different business situations

It is observed that the driver was driving in a 4-lane street 10MPH above the acceptable speed limit. The kid while chasing the ball crossed to the lane the driver was driving in. To save the kid, the driver turned the car in another direction and hit a telephone pole. The hit caused the pole to break and the broken part fell on the kid causing him injuries. It can be determined that the incident that occurred was because of the negligence of duty of care of the driver. The only defense applicable in this case is that of minor negligence whereby the minor that is the kid was not aware of the results of such an action so undertaken by him. Therefore, the driver would liable to pay the for the injuries so caused to the kid as if the duty of care would have been undertaken the accident would not have taken place. (Cooke, 2007)

4.2: Apply the elements of vicarious liability in this situation

The basis of different contracts have been studied and the analysis is drawn in accordance with the effect that they have in case of breach. The terms in association with a standard contract with the support of legislations are presented. The case laws have been referred to while determining the meaning of liabilities under contract law and law of tort. Furthermore, the case scenarios have been solved according to the findings.

The Unit 5 Law of Tort and Contract Law Assignment is to be conducted in reference to the case laws, We are posting Locus units solutions so scholars can explore the our Assignment Help in UK and get review the quality of our work.