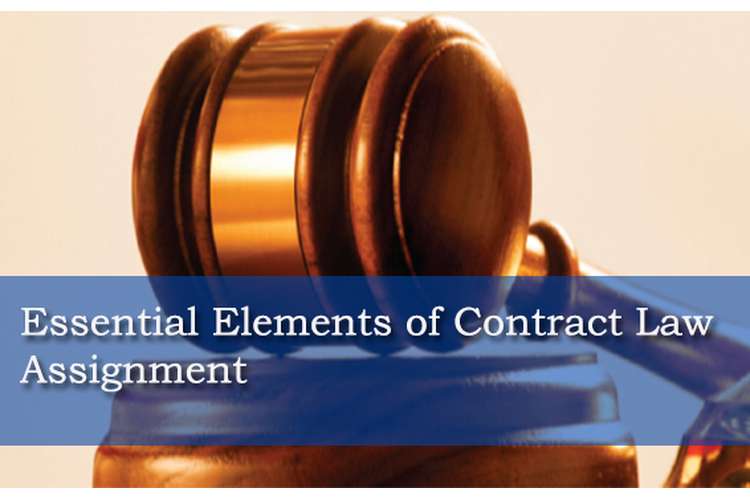 Tort and contract are two branches of law. They both are civil wrong but despite their various similarities there are various dissimilarities between the two which have been enumerated in the report herewith in brief on the ground nature of right, consent of parties and on the type of remedies. This Essential Elements of Contract Law Assignment comprises of all the elements of contract, negligence and vicarious liability discussed in brief.

Task 1 Understand the essential elements of contract in business context

There are following four elements of contract- 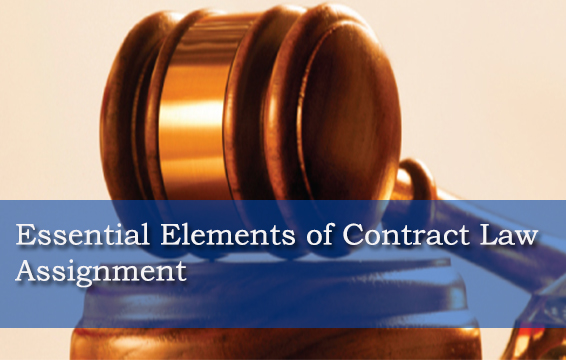 Task1.2 is it possible to have a contract without face to face?

The Distance selling Regulation properly known as the Protection (Distance Selling) Regulations 2000 was passed in UK for the protection of the consumers who enter into Contracts and Liabilities with the supplier at a distance. The underlying principle for proving such protection to the consumers is that the consumer are not benefited to meet the supplier face to face for inspection of goods or services that has been offered for sale (Out-Law.com, 2010).

Task 1.3 Referring the case of Carlill v Carbolic Smoke Ball Co (1893), explain the effect of the words in the advertisement placed by the company informing the readers that it had placed £1000 with the Alliance Bank to meet any possible claim

The effect of the words in the advertisement placed by the company in the case of Carlill v Carbolic Smoke Ball Company 1892, informing the readers that it had placed £1000 with Alliance Bank to meet any possible claim was that it constituted a binding unilateral offer that could be accepted by anyone who performed its terms.  In a unilateral offer the party making promise to reward is under obligation to perform their promise on the completion of the performance of the act.

Task 2.1 Identify the elements present and that were not in contract between David and William

In the very first agreement between David and William, dated 01/05/2014 there was no elements of contract because an advertisement is an invitation to treat and does not amount to offer (Partridge v Crittenden, 1968). William made an offer to David after which David wanted 10 days for quotation.

On 10/05/2014, the acceptance of offer took place when David accepted the instructions given by William about the size of the gym and the facilities required. Since this is a commercial contract, the intention of David and William is to make a legal relationship (Esso Petroleum v Commissioners of Customs & Excise, 1976).The considerationthat William was required to pay to David was £18000.

Task 2.2 when William informed David of the requirement to complete the work before 31st July 2014, was a contract formed between them?

Even if William claims that David did not oppose, then also William cannot treat this as a contract because it is necessary that acceptance of the offer is very essential to complete the formation of a contract and the same must be communicated. Any inactivity or silence and silence will not amount to offer. When William informed David for the requirement to complete the work before 31 July 2014, it cannot be said that David accepted the term, because he did not say anything and silence does not amount acceptance (Felthouse v Bindley, 1862).Hence, no contract was formed between William and David.

Task 2.3 a) Discuss the position of David when he informed William on 25 June 2014 that he would not be able to complete the work before 31 July 2014, and was he in violation of the contract terms

David has not violated the terms of contract when he informed William on 25 June 2014 that he would not be able to complete the work before 31 July 2014 because no contract was formed between William and David regarding acceptance of this term.

Task 2.3 b) Explain the situation to David on his claim for the additional £2000 for completing his work before 31 July 2014

The contract between the parties is contrary to public policy and is void for want of consideration.

Task 3 Understand principles of liability in negligence in business activities

Task 3.1 How liability in tort may arise, give example and differentiate it from contractual liability

The liability in tort arises when the wrongdoer violates some interests vested in another person which has been imposed by law (RMTSA, 1998).

For example- A negligently drives a car and thereby met accident with B injuring B very badly. It is imposed by the law that a person should take reasonable care while driving. Ais the wrongdoer who has committed tort.

Tort is different from contract in the following manners-

Task 3.2 what have to be proved by the claimant that court will establish tort of negligence has occurred

Examples where employer liable for action of their employee-

Task 4.1 compare and contrast the verdict in Donoghue v Stevenson (1932) with Hill v Chief Constable of West Yorkshire (1989). What defences were used in each case? Give your view on the verdict of the second case. Do you consider it as a just verdict?

Task 4.2 Discuss the position of the taxi service in the given case, from the vicarious liability point of view

Vicarious liability is a liability imposed on the employer for tort committed by their employee during the course of employment and for the acts authorized by the employer (Law Reform Commission Act 1968, 2001). Even if the taxi service is instructing the drivers that there should not be any negligent driving, yet the taxi service will be vicariously liable for any negligent or reckless driving if any of its drivers commit during the course of environment R v Seymour (E), 1983.

Contract is an agreement between two or more parties binding them legally. Offer, acceptance, intention and consideration are few elements that together constitute a valid contract.  Negligence is basically carelessness and vicarious liability is a liability imposed on the employer for tort committed by the employees during their course of employment. Tort and contract are two branches of law with various differences.

Essential Elements of Contract LawAssignment  is provided by the industry's top most corporate law writers. Locus Assignment Help UK posting free units solutions so scholars can explore assignment help and get review the quality of our work.