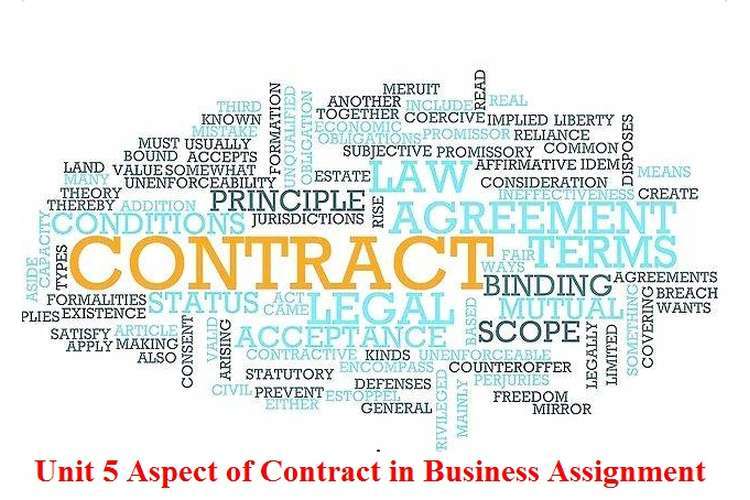 Concepts and aspects of law of contract and law of tort are discussed in the report. Report begins with stating the essentials of the contract. These essentials are indispensable for a valid Aspects of ContractBusiness . Then report goes on stating these essential by applying them to given situations or discussing them via cases. Online or contract via means of communication are also dealt with. Moreover, concepts of vicarious liability, tort and negligence are discussed. Liability in contract and liability in torts is tried to be differentiated. The report has view to provide ease to readers to understand the concepts. 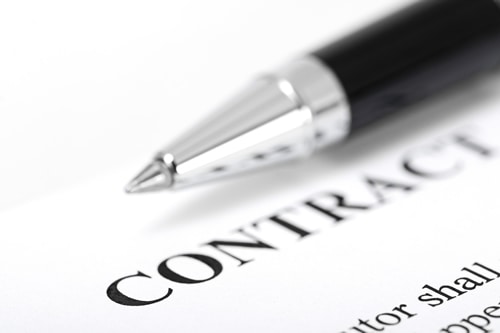 1.1 Explain the essential elements of a contract.Should a contract have all those elements to be legally enforceable? What will happen if one of the elements was missing in an otherwise valid contract?

Offer and acceptance: For a contract one party has to offer his willingness to be done by other person. This other person must accept the offer as it is. The mode of acceptance may be determined by the proposer. Moreover, here must be at least two parties.

Consideration: Consideration paves the base on which contract flourish. It is main element instil life in the contract.  Consideration is “a valuable consideration, in the sense of the law, may consist either in some right, interest, profit or benefit accruing to the one party, or some forbearance, detriment, loss of responsibility given, suffered or undertaken by the other.”

Consent: Free consent is must as it makes it clear that party is willing to form the contract. Consent means ‘meeting of mind’ of the parties. In other words, agreeing on same thing in same sense. Consent to be free should be devoid of misrepresentation, undue influence, threat etc.

Legal capacity: Parties to the contract must be of sound mind, major, not restricted by law and should be solvent. These make the parties legally capable to form a contract.

Illegal and void contracts: A contract devoid of any of the requirement stated above would be of either void or illegal in nature. Hence, all these must be present for a contract to be a valid one.

1.2 Is it possible to have a contract without face to face contact? Discuss.

Distance selling contract: Change in mode of biasness has changed and made new aspects of law also.  To make an effective contract offer is to be accepted as mentioned. For this it is not necessary that parties should be present face to face. For instance, contracts by way of e-mail, online contracts, or contracts do not require parties to stand face to face. These are termed as ‘distance selling contract’Here, parties have fewer or no chance to bargain n the terms. Maximum times it is yes or no contract.

1.3 Describe the effects of the words in the advertisement placed by the company informing the readers that it had placed £1000 with the Alliance Bank to meet any possible claim.

Carlill v Carbolic Smoke Ball Co., 1893: In this case company by advertisement stated that any one if caught influenza after having the balls in the manner prescribed would be awarded with £1000. Companyfor the same purpose deposited the amount with alliance bank. Court held that the words of the company have effect to give rise to legal relation. Intention was there and assumption is supported by the acts and words of the company. Further, unilateral contract can be made and means of acceptance may be rendered by proposer.

2.1 Give a clear opinion on whether the essential elements of a contract were present in the very first agreement between David and William. Identify the elements that were present and that were not.

This is a case of invitation to treat. David placed the advertisement to allow others to make offer.

Offer was there when David stated quotation as per terms discussed among David and William. William gave unqualified and absolute acceptance to the quotation. Hence, willingness of David was accepted by William. Consideration instils life line to a contract and consideration of £18000 was quoted by David for the labour and material.  Hence, consideration was there. Intention to create legal relation was there as it was a commercial transaction and David paid £1000 in advance for the work.  Legal capacity was there. They were major, of sound mind and were not barred by any law.

2.2 When William informed David of the requirement to complete the work before 31 July 2014, was a contract formed between them? Discuss.

If party is silent on any offer than such silence cannot be called as acceptance as stated by court in Bindley’s case. Likewise, on 20.06.14 David was informed by William that work should be completed before 31.07.2014. David here maintained silence and said nothing. Hence there can be no contract as offer was not accepted. But a valid contract took place between David and William when David asked of £2000 to get labour and complete the work before 31.07.2014. William paid out of desperation. This date was not mentioned at initial stage in the original contract and was offered by David and accepted by William.

2.3 a) Discuss the position of David when he informed William on 25 June 2014 that he would not be able to complete the work before 31 July 2014. Was he in violation of the contract terms?

Given are the terms to be ascertained that whether there was any violation or not:

Warranty:warrantiesare important but unlike conditions. They are of fewer significance are not basic to contract. Its breach does not attract termination. They are minor terms

According to my judgement, due to the shortfall of the labour David asked to William for extra £2000 in order to complete the work in time. William assented to that absolutely and unqualified manner. William agreed for £2000 asked by the David. This gave rise to contractual liability. Further, William made himself bound to pay £2000 and David put himself under the obligation to complete the work in time. Hence, it is evident that David has right to claim damages in case William breached to pay the amount agreed.

3.1 Describe, using example, how a liability in tort may arise. How does it differ from a contractual liability?

Liability in tort-“Torts are civil wrongs recognized by law as grounds for a lawsuit. These wrongs result in an injury or harm constituting the basis for a claim by the injured party.”Torts are also termed as private wrong. Here remedy in form of damages is provided. However, there may be situations where tort may attract penal provisions. For instance, loosing of one’s cat to cause injury to some person or allowing over flow of water form one’s tank which destroy the crops of neighbour.

Contractual liability-when parties form contract with intention to create legal contract relation, they also give rise to certain obligations and liabilities. This liability can be enforced through court f party breaches his promise. This force which secures the party in one way and push the party in another way as to the promises and consideration of the contract. Here both damages and penal provisions apply. Here, liquidated damages are providedLiquidated damages are the damages which can be ascertained by the party before the breach. They are fixed amounts

3.2 Describe what have to be proved by the claimant in order for the courts to establish tort of negligence has occurred.

Negligence done by carelessness causing injury to another person is tort of negligence. Here, negligence is devoid of intentional act. Such injury when caused gives rise to liability in negligence

In order to establish tort, following elements are to be shown-

Inthe base of tort lies in the aspect that it requires a person to act as a ‘reasonable prudent man’. Here reasonableness is required to avoid an act whose impact can be foreseen beforehand. The reasonableness is to be maintained against individual person and not against general public. Moreover, injury should have been caused.

Vicarious Liability-When the employer has to face the consequences of the acts of the employee or subordinate person; such implication stands due to principle of vicarious liability

Respondeat Superior: This doctrine has its root in the aspect that a master has control over the servant working under him as he is employed to perform task appointed or said by the employer. Because master has the control, he is liable for the tort of employee.

Within the course of business: The master has no absolute liability for the tort of the employee. One escape is that employee has to act in ‘course of businesses. If employee’s act was not in the line of employment that master is safe from being liable. Moreover, if employee is little divergent from the work assigned still employer is liable.

Certain remedies are also there:

4.1 Compare and contrast the verdict in Donoghue v Stevenson (1932) with Hill v Chief Constable of West Yorkshire (1989). What defences were used in each case? Give your view on the verdict of the second case. Do you consider it as a just verdict?

(Hill v Chief Constable of West Yorkshire, 1989)Case rendered that police is immune from having ‘duty of care’ towards ‘individual victims’. Moreover, proximity can be absent if victims are large in member without implicating police.

Rule:Rots of ‘duty of care’ lie in the aspect that doer must know effect of his act and that’s so in a reasonable manner. Such reasonableness lies towards neighbours and does not include general public in its preview.

4.2 Discuss his position from the vicarious liability point of view.

The report suggests the indispensable nature of the essentials of the contract. The elements are discussed by introducing them and by putting them in given situations and thus clear every aspect. The situation of David and William clears the essentials of the contract in a great way.  Moreover, dynamic aspects of contract due to modern business law dealing are discussed via distance selling contract. Later, discussion over obligation arises under law of tort and obligation arises in the law of contract are discussed. They have differentiated also while discussing.

Vicarious liability concept is also focused upon.The reasons of liability and its escape are discussed. The same is depicted by applying them to given situation. Overall, the report is dedicated to clear the concepts and pave easy way to readers to clear the doubts.