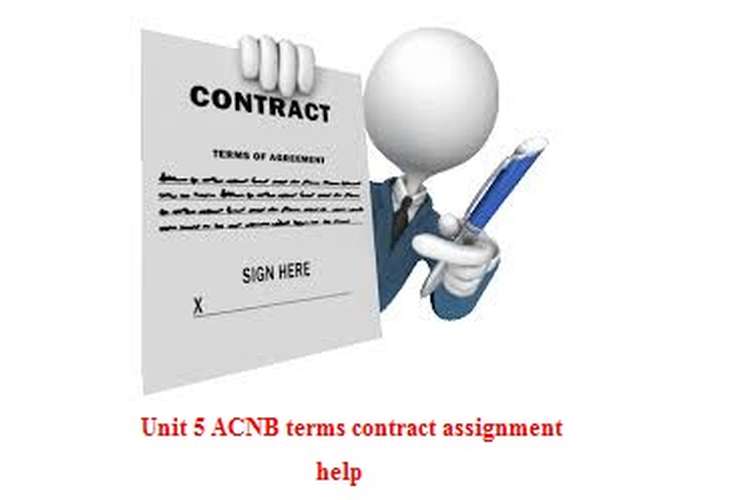 ACNB terms contract assignment is based on all the legal principles that are required in contract formation in business. 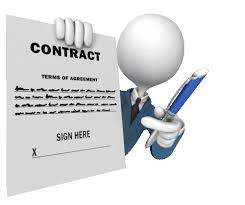 LO 1.1  Elements of contracts and its importance

If a party wishes to make a contract then he must comply with all the legal principles that are required in contract formation. A contract is an agreement which has an approval of law along with legal intention, consideration and capacity. So, the basic contract requires: (Allen & Overy 2016).

The offers wish/intention made to an offeree is an offer and when such wish/intention of the offeror is permitted, then it is acceptance and it results in a binding agreement amid the parties. Bu, when no offer is made but invitation is made by a person and he expects to receive offers then it is an act of invitation to treat. The inviter than approves the offers made by public resulting in binding agreement amid them. in law, an advertisement, display of goods, etc are is an act of invitation to offers and not offers Pharmaceutical Society of Great Briton v Booths Cash Chemist(1953). (McKendrick 2011). Now, Gumtree has made an online advertisement which is an action of invitation to treat and thus Gumtree must act like an offeree. Carol has made an offer against the invitation of Gumtree (Partridge v Crittenden(1968). But, the offer of Carol was not accepted by Gumtree. So, there is no corresponding acceptance by Gumtree. Thus, no contract is made between both of them.

Now, Every promise that is exchanged amid offeror/offeree is bounded by some kind of benefit which makes the agreement enforceable and is called consideration (Pao On v Lau Yiu Long (1980). But, only present/future promises can be uphold with the help of consideration If the benefit supports past action then it is invalid in law and cannot be enforced against the promisor. (The Law Teacher 2016). Now, Devi was appointed by George on 12th April 2015. Preston (father of Devi) is not aware of the appointment of Devi. So, in order to get him appointed, Preston has written letter to George and submitted that he is willing to gave a contract worth £150,000 if Devi is appointed by him. The letter is written on 13th April. But the promises which is made by Preston is supporting a past action, that is, the appointment of Devi which was already done one day before he letter was written by Preston. So, the consideration which is moved from Preston is against a past action is not enforceable in law. So, Preston can’t be forced by George o fulfil his promise.

In any contract, there is one term which excludes the liability of the parties upon the happening of some kind of continent event. Such terms are called exclusion clauses. Exclusion clauses are important clauses in the contract which must be made part of the contract mutually by the parties in order o be binding. These clauses limit or exclude the liability of one party which is arisen when creation contract term is violated by such party. But the liability which arises because of such breach is already excluded as per the contract terms at the approval of the non-defaulting party (Watford Electronics Ltd v Sanderson CFL Ltd(2001). But, when any party is relying on the clause individually then it is his duty that such clause should be all adequate means be passed to the other party in order to make the clause binding. If no reasonable actions are undertaken then the clause is not applicable upon the parties (Thornton v Shoe Lane Parking (1971).

In any contract, when the parties themselves decide the terms of the contract hen such terms are express terms. But it is not the parties who decide the terms and the same are followed by them in law, custom, etc then the same are implied terms  (Bannerman v. White (1861).  (Weitzenböck 2012). Now, Zehphra and Aaron made a contractual relationship wherein the warehouse of Zehphra was taken on rent by Aaron and he has made enhancement upon the same. Zehphra agreed that no rent will ne raised for five years. But, when Zehphra dies, then his property is inherited by Yeti who increase the rent. In implied law, the terms of the contract must be complied with any subsequent party. So, Yeti is under an implied obligation to follow the express terms amid Aaron and Zehphra. Thus, Aaron can sue Yeti if he increase the rent of the warehouse and can claim compensation.

In a contract, a term can become the foundation of the contract called condition and at times a term is considered as supplementary to a contract called warranty. If conditions are not performed then the party who is aggrieved can cancel the contract and take legal actions against the defaulting party for all the damages. And if there is violation of warranty then only legal action for damages can be taken.Now, there are two terms  -

In Donoghue v Steveson (1932), the law of negligence was developed. The law of negligence signifies any loss or injury caused by the acts of the wrongdoer will make him negligent provided the loss is reasonably foreseeable by the defendant and the plaintiff is the neighbor of the defendant. Thus, the basic essentials of the negligence are: (Web 2016). Every defendant has a duty to provide care while undertaking any actions. If because of his actions any damage is inflicted on the plaintiff, in such situation, the defendant is considered to not comply with his duty Home Office v Dorset Yacht Co. Ltd.(1970). But, the duty of care is imposed on the defendant only when the loss which is anticipated by his acts and omissions is reasonably foreseeable and the plaintiff against whom the duty is guided is his neighbor, that is, they are closely connected with each other  ((Caparo Industries plc v Dickman (1990) & Junior Books v Veitchi (1983). (Maclntyre 2007).

This duty of care should be catered by complying with the level of standard which is needed in a situation. But, non compliance of the basic level is equivalent to violation of duty in law (Blyth v Birmingham Waterworks Co (1856). The breach should result in loss to the plaintiff. The loss should not be remote and must be reasonably anticipated by the defendant Jeb Fasteners Ltd v Marks, Bloom & Co(1982).

Whenever any defendant is held to be negligent it is necessary to prove that such defendant has a duty to provide care to the plaintiff against all f his acts and omissions. The duty is imposed upon him against all reasonably foreseeable harm and is against those plaintiff who are closely connected with him and thus are in proximate relationship with him Muirhead v Industrial Tank Specialities (1985). When the defendant does not carer with his duty, that is, he does not met with the level of care that is required, then, the duty is considered to be breached. This violation of duty must cause damages which is not remote in nature. (Web 2016).

Every hospital has a duty that before giving any medicine to any patient he must be checked adequately. The non-adequacy may cause danger to the  health and safety  of the patient and this danger is reasonably foreseeable. Also, the patients and the hospital are in proximate relationship with each other. Thus, the hospital must cure the disease of Mr Brown adequately in order to avoid any negligent actions. But, the doctor of the hospital has provided medicine to Mr Brown without checking him properly. So, the level of care that must be fulfilled by the doctor is not catered by him causing harm to Mr Brown. Thus, the hospital is negligent. However, the hospital can take the contributory negligence defense and may reduce his level of compensation. The hospital can prove that Mr Brown has not rightly provided information of his health and thus has contributed to his own health. So, there is contributory negligence on the part of Mr Brown.

Now, the company has appointed the driver and assigned him with the task of bringing their client from the airport. Before picking up the client the driver consume alcohol. Then, after picking up the client while he was returning back, under the influence of the alcohol the driver crashed. It is submitted that the actions of the driver which has caused injuries to the client was within the course of employment. Though the drinking of alcohol is an independent action, but the loss which is caused to the client took place when the driver was within the course of employment. Thus, the client has every right to sue the company for the action of the driver and can claim compensation for the loss caused to him.

Now, Mr Jones acts has resulted in causing harm to one of his colleagues and he suffered severe injuries. When the loss took place, at that time, Mr Jones was not in the employment of the supermarket. Thus, there is no application of vicarious liability when the person who has caused the loss and the person upon whim the loss is imposed are not in the relationship of employer and employee.

So, the aggrieved person cannot sue the supermarket for his loss.