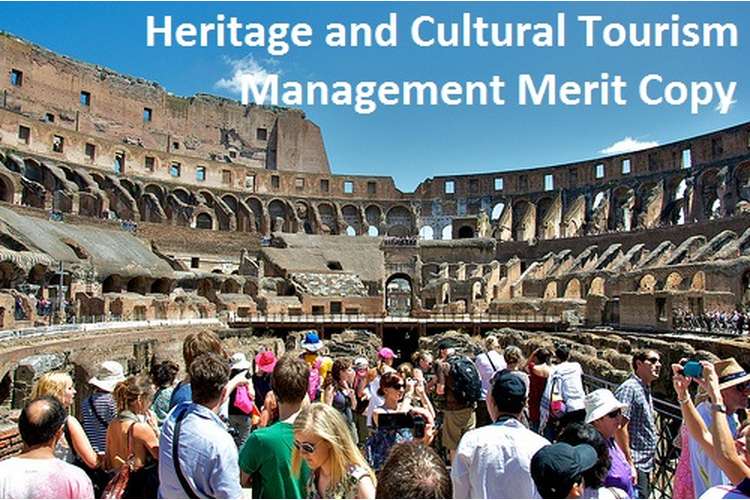 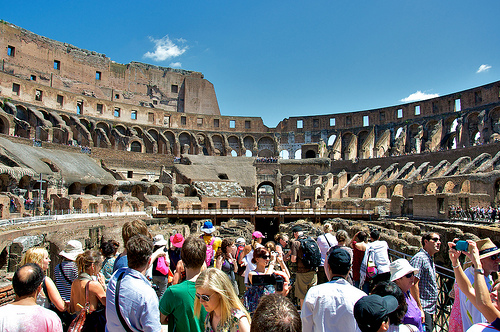 Task 1: Understanding the growth and development of the heritage and cultural industry within travel and tourism

1.1 Analysing the growth and development of the heritage and cultural industry with special reference to UK

Cultural and Heritage tourism site and venues of UK as per the UNESCO WHS list;

Accessibility and sustainability of transport:

UK Government has been very alert and active to foster the developemnt of safe and sustainable transport facilities making the access to these sites of cultural and heritage importance assessibe. On December 2013, local authority was invited to bid 78.5 £ for Local Sustainable Transport Fund (UK GOVERNMENT, 2013).The transport system is well connected with the air, road and water transport systems giving people wide options to choose prefereed mode of transport.

Landscape: England has picturesque rural sites the Jurassic coast is one such among them, a world Heritage site since the year 2001. It has rocks from the Triassic, Jurassic, Cretaceous and Quaternary Periods. (Natural England, 2014) 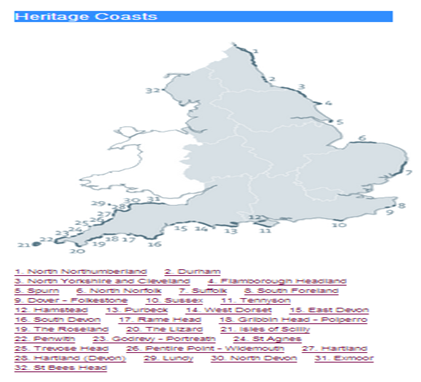 In UK about 33% of the English Coastline is preserved. The white chalk cliffs of Beachy Head in Sussex, the sheer cliffs of Flam borough Head and the Durham coasts are important and world famous heritage coasts of UK, enriched with wild life flora and Fauna of the sea birds. (Natural England, 2014) 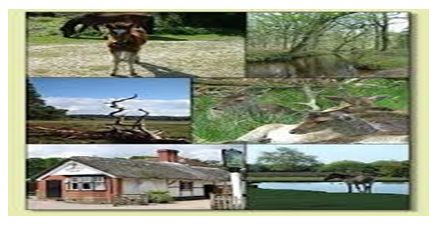 UK is rich in wildlife and natural habitat it has lowland wet and dry heaths, bogs and mires, pasture woodlands that are ancient, coniferous forests, grasslands(acids), coastal wildlife etc making it richest in bio diversity in the entire Europe. (New Forest National Park, 2014)

Impacts of the cultural and heritage industry: The impacts of this industry can be divided into economic and non-economic. Non-economic impact can be social cohesion and marginalized group’s integration. This leads to the building of cultural diversity. The economic impact of this industry is growth of GDP or the GVA of the country in which the cultural and heritage industry is developed. The Birmingham Centre for Contemporary Cultural Studies, created the new school of thought to better define and understand the new cultural aspect which was known as British Cultural Studies. This viewed culture not just as having the spiritual component but having a materialistic and industrial aspect as well. (UNESCO Institute and Statistics, 2009)

Read About: Unit 5 Aspects of Contract in UK Sample Assignment

Timeline showing the major events in the growth and development of heritage and cultural industry of UK (Fisher & Ormston, 2011)

Task 2: Understanding the purpose of heritage and cultural attractions within the travel and tourism sector

2.1 Asses the purpose of heritage and cultural attractions in meeting the needs of different customers 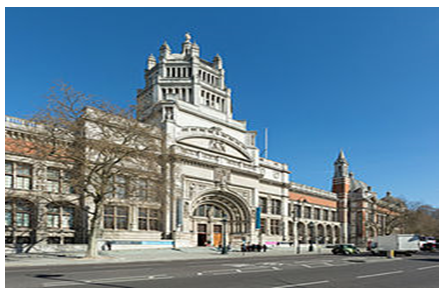 The Victoria and Albert Museum makes UK proud as it is the largest museum of design and decorative arts. It has a broad collection of over 4.5 million artefacts and objects. Founded in the year 1852, it derives its name from Queen Victoria and Prince Albert. This museum is located in the Brompton district (Royal Borough of Kensington and Chelsea). It is sponsored by the Department for Culture Media and Sports. It has about 5,000 years old art pieces on global cultural origins. (V&A Museum, 2014). 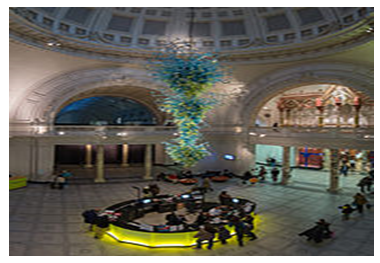 Purpose of heritage and culture of the V& A Museum: 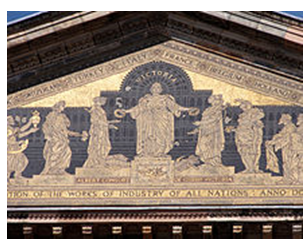 Customer Categories – This museum has diverse collection of artefacts around the globe and different era attracting tourists of all age groups and varied interests. Considered as the most romantic museum of UK this museum is visited by couples, a source of inspiration for the designers and architects it is visited by them, With 7 miles huge galleries it has something to offer and interest people of all age groups.

Located on the Exhibition Road (South Kensington) the Science Museum was founded in the year 1857.It attracts over 2.7 million tourists every year. It contains large number of machinery collections. It was founded under Bennet Wood croft. The science museum became an independent entity on 26th June, 1909.Colections of science museum include the oldest locomotive, first jet engine, replica of the DNA model by Watson and Crick. It has an IMAX 3D movie hall that shows documentaries related to science and nature. A home for technological wonders this museum has wide range of objects. It keeps records of all the changes in science, technology and medical history.

Museums increase tourist’s activities as it attracts people and although UK museums are freely accessible it generates state revenue by people opting for hotel stay, shopping, etc.  Museums can help in increasing the travel and tourism in their areas by advertising different hotels near them so that the tourists can stay at the hotels and see the whole museum as these museums are so huge that they cannot be explored in just one day. Urban regeneration is caused by them as it gives more employment opportunities to the local population of the area. The renewal of hard infrastructure is also increased due to these museums as it paves way for development of road, transport systems, and infrastructure such as hotels, pubs, recreational centres around these areas as such businesses see potential in their growth due to availability of large number of tourists.(Lorente, 1996)

My trip to both of this museum and my study regarding them has made me conclude that both the museums exist to serve different purposes and attract different visitors. The science museum attracts basically science enthusiasts and more young crowds, researches students etc. whereas the V & A museum attract tourists of all age groups and also of different nations, having the art and collections from places around the globe. V &A attracts tourists who are interested in history and culture. The purpose of the science museum is to satisfy the needs of establishing an environment to impart knowledge on science and technology whereas purpose of V &A Museum is to provide an experience to the splendour and marvel of the Asian arts, including countries like India, Japan, China, Korea, Islamic world.

Task 3: Understand roles, responsibilities and ownership of Organizations in the heritage and cultural industry

3.1 Evaluate the impact of different types of ownership on the management of heritage and cultural sites

Ownership on the management of cultural and heritage sites:

The mission for the management of these cultural sites determines what these bodies would do in the span of next 3-5 years to develop cultural and heritage value. (United Nations Educational Scientific and Cultural Organisation, 2008)

3.2 Analysing the role and responsibilities of organizations in the heritage and cultural industry

English Heritage- It has about 400 sites under it and works by enriching the tourism experience of the country and revenue generation for the country. The Ancient Monument Act of the 1913 enabled government control over buildings and place of historical importance. The Historic Buildings and Monuments Commission of the English Heritage has the role to undertake the buildings and sites of historic and tourism importance and avail it for public access.

Role and responsibilities of the English Heritage are as under;

The UNWTO and the UNESCO work actively to preserve and conserve the culture and heritage. They together started a cooperation agreement to undertake measures and implement management techniques towards sustainable tourism and the conservation and the protection of the natural and cultural heritage. They signed a Memorandum of Understanding which was signed by Tale Rifai, the Secretary General of UNWTO and Irina Bokova the Director General of UNESCO in the meeting of the Chief Executive Board the memorandum ensured that the two organisations will work together on issues relating to the national, regional and global development of sustainable tourism in order to safeguard the cultural and natural heritage.

The programme ensured the following;

These two organisations work closely and together to manage and maintain sustainable tourism and they aim to educate that tourism plays a significant role in the conservation and sustenance of the cultural and natural heritage. (UNWTO, 2013)

This study has been very informative in giving insights on the development on the cultural and heritage tourism. This assignment has focused on the resources development of the cultural and heritage industry in the United Kingdom as well as the state of the tourism industry in states where it has not gained considerable importance and momentum such as the City of Jordan and the Giant Causeway where lack on stress on conservation is ruining the rich heritage. It has also been informative about how many government and non-government bodies take up the cause of conservation of tourism and work for sustainable tourism. It helps us understand that the ownership of these sites has to be managed well. It should be a source of education and information.