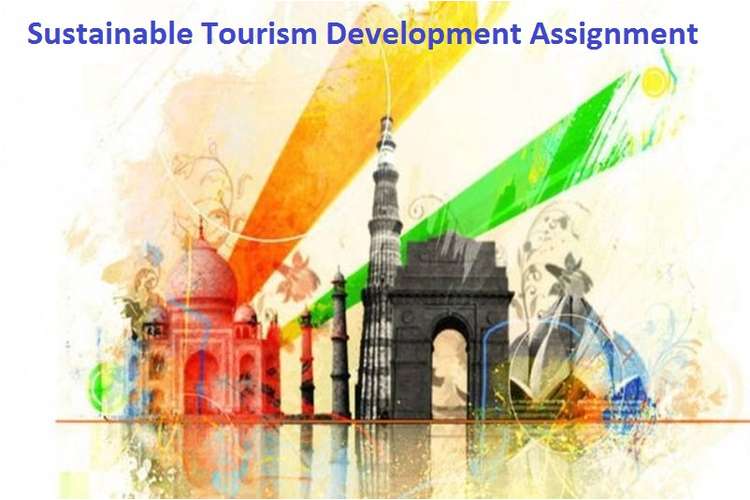 In this Sustainable Tourism Development Assignment being the consultant to look after the sustainability of tourism, by taking the example of India recommendations for future prospects on tourism could be made. India is a country with wide possibility of tourism enhancement as Gangtok in Sikkim; Rhanthabore etc. are a part of its scenic beauty and places like these could be a great attraction for the tourists.

Tourism of a particular place is responsible for the behaviour and business of the people in that area. These people who are influenced by the travel and tourism are known as the stakeholders and when planning is done to increase the number of tourists in that place, these people are involved in the process. In case of India, the local vendors, local people, Big organisations who have invested in the tourism development, their employees and the government of India are these stakeholders. Stakeholders and also pay their efforts in resolving the conflicts if any between the local community people and the tourists (Mamaghani, 2009). Same definition of Stakeholders is applicable to the Rhanthabore and Sikkim (eastern state of India), where stakeholders may be running small and medium hotels, they could also be the member of the association of taxi drivers, owners of bar and restraints, could be anybody from local community or tourists from some other place etc. The liking and interest of the tourists could be measured by enthusiasm and power matrix it keeps for tourism industry. These people have to be sensitive and responsible towards the natural environment of the tourist spot and also amiable with the local community and tourists.

Development plan of tourism at a particular place will provide benefit to the tourism stakeholders in the following way:

1.2 Discuss how the public-private sector partnerships in tourism planning and development

The public-private partnership (PPP) is the agreement between two parties. Where one is public governed and the other is private institution. They come together in an agreement to share the assets and gain the profit together. And these two parties also face the profit and loss together. The basis motive behind the partnership is to develop the tourism and finance of a particular place. And also the development of infrastructure is important.

Normally when a big event is managed, there are many areas which cannot be handled by a single entity or governing authority and because of this; public-private partnership is established. This kind of partnership makes sure that everything goes as planned and nothing comes in the way of the success of the strategy prepared. Most of the time, PPP is done through the contracts where a private organisation is given the responsibility of the development of a particular place or city for the perspective of tourism attraction (Blanke & Chiesa, 2013). In India, PPP could be a better solution for places where tourism has failed to attract the tourists and requires a contract to rebuild and construct a place for tourist attraction. But nowadays, the lack of PPP is having a very negative effect in the environment destroying its social and ecological factors. Because the role and investment of private partner in PPP is for a very short time and public governed body do not carry much funds to develop and restore many tourism attractions in India.

Let us discuss the advantages of tourism planning and development:

People In India, sustainability when it comes to tourism industry is very relevant because India is still struggling to find its suitable place when it comes to tourism. The government has to be very cautious as to the amount of expenditure undertaken for tourism development and the return on investment that is the profit earned upon. For example, at place like Rhanthabore, the government has to spend a lot to maintain its great tiger reserve at this place but also have to charge a nominal fee from the visitors at that place.

At this place there is also a presence of big name like Tata, but the major work and activities are undertaken by local people who cannot invest high at a time and then sits to find out their returns over the investment made. Thus if India wish to develop its tourism industry then sustainability is the right choice for the country as it has no other option to develop

3.2 Discuss why sustainability is an issue and analyse the factors that may prevent/hinder sustainable tourism development

The reason for low sustainability growth in India is the experience that the tourists share and wrote down from being poor to average being at India. This is the major reason for slow development of infrastructure and the visits of tourists in India, which is a major question of sustainability (Molz, 2009). India has to make certain amendments and changes in the steps if it really wishes to emerge out as a tourist spot for the people from other countries.

Let us discuss them in detail:

The different stages in planning sustainability are:

In India, famous tiger reserve Rhanthabore, has several conflicts between the local vendors and sometimes even between the government tourism officials. For instance, there is monopoly of transportation by Redday that provides only limited jeeps in the park. This is the reason for the less availability of transportation in the park leading to mismanagement and dissatisfaction of the tourists. Also the revenue earned from the limited jeeps in the park is not utilized for park development because the revenue goes to Redday instead of going to the government. To develop tourism industry and to take it to a greater height it is essential that all the factors and entities like the government, private organisations, local vendors and the local people contribute together towards making the tourism in India successful.

4.2 Sustainability also means achieving a balance. Analyse the implications of balancing supply and demand in your chosen destination.

Being the democratic country, India has a difference of opinion between national and state government. Also the ruling party keeps changing in India due to elections and this is the major cause of conflicts between national and state level heads. Both wish to earn profits by interfering in the matters of each other. In fact they are more interested in knowing which party is earning more profit (Middleton & Clarke, 2012).

To develop the tourism industry, it is very essential for both national and local level bodies to cope and compromise with each other. As we look at the number of tourists who visits India annually is very less in comparison to the tourists who visit Singapore annually. The total count of tourists in the world who visits India is just 0.38%. To develop tourism in India, it necessary to develop the infrastructure that will showcase India’s inbound heritage sites and monuments that will attract the tourists. There has to be a balance between the demand and supply of the tourist’s interest in India, and then only it can be assured that tourism industry will grow.

4.3 What is meant by Enclave Tourism? Evaluate the moral and ethical issues of developing and promoting enclave tourism

Enclave tourism stands for destinations for tourists within a small geographic area where tourist activities are planned and organized in a very systematic manner. Many times these people are not local; they just misuse the resources available at the tourists spot, earn profit from the tourists and use that money for their own development instead of developing the tourist spot (Mamaghani, 2009). If we take the case of India, tourist place like Rhanthabore posses a hotel of Taj group which is very expensive but with no other such alternative tourists have to live in the hotel and pay high charges that goes to the Taj Group. In the absence of any local organization or government institution, the place does not get any development. This is the major cause why tourists spot like Rhanthabore do not get levelled services in India.

5.1 Compare current issues associated with tourism development in a developing country and an emerging destination

Let us compare the tourist destination like India and East London. In the comparison we would see that both the places carry same tourism related problems and issues emerging mostly out of local communities and geographic area. How one can forget about the London Olympics that were held in East London in the year 2012. Thereon, this place has developed itself as a sports tourism place. On the other hand, India is a developing country which is still waiting and struggling to get it recognized as a major tourist attraction.

The infrastructure and services that a tourist finds at East London is amazing as this place has developed itself after London Olympics in 2012. Whereas in India, tourists strive to get basic amenities like hygienic and safe accommodation, proper transportation services, exploitation by some local tourism organizations that carries the monopoly of that place (Blanke, & Chiesa, 2009). In India, tourists visit to witness various seasons and cultures and traditions of that place. While if we talk about East London, there is no scarcity of festivals and functions in comparison to India, but the main point is that the tourists can visit any time, can wear anything, eat anything and be themselves at the place and this is the major reason why East London has emerged out as a successful tourist spot. As there are no boundaries there, tourists love to visit again and again. There are no such boundaries for them and this is the main reason for their development.

5.2 Evaluate, with recommendations, the future development of tourism in these chosen destinations.

The future development of India could be predicted by saying that the number of tourism activities will increase as there is a presence of vast variety of customs, traditions, languages, beliefs etc. And these all differences and similarities make India an attractive place for the tourists to visit. The newly formed government under the supervision of Mr. Narendra Modi (Honorable Prime Minister of India) has visited many countries like Japan, China, and US etc. to personally experience the strategies that they have followed to make the tourism industry grow at their nation. He wishes to follow the same in his own country India and aspires to see it as an emerging tourist spot (Banyai, 2010).

And the future development of emerging city of UK, East London has grown a lot after the organization of London Olympics at that place and the growth of tourism industry at that place is the result of Olympics. And this is the reason why large number of tourists comes to East London. Travel and tourism is not only related to international travel but it is also about travelling in the home country.

Travel could be defined as a movement of people from their home place to other destination and the purpose of this movement could be religious, recreational or just to spend a leisure time with family and friends at large. Developing countries get a lot of economic growth with the help of tourism industry as there is a huge amount of revenue generation with the tourists that come to visit the country.