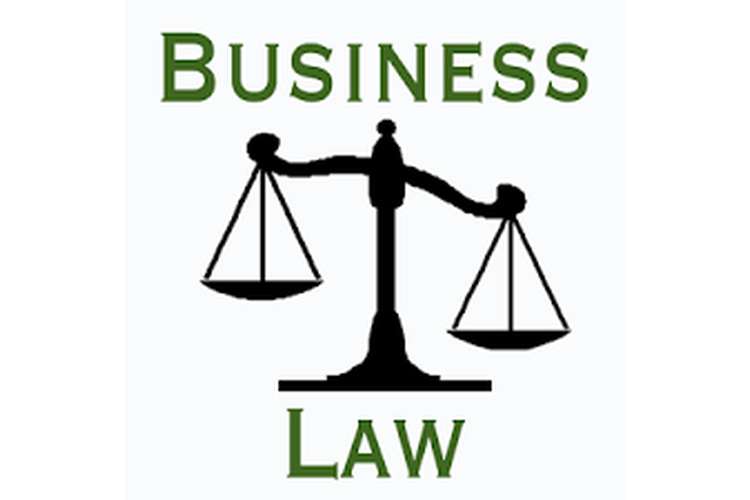 There are various laid down in this Business Law Sample Assignment related to the sale of good contract in which buyer and seller remedy is laid down. The provision which is related to the transfer and passion of property is mentioned.  The role of competition commission also helps the prohibition of the abuse of dominant position and anti-competitive agreements.

P1. Be able to apply the main principles affecting the legal relationship between business organisations and their consumers

P1.1 Analyse and advice Mr Adam on the legal rules on implied terms relating to the sale of goods and supply of services

Mr. Adam purchases the television from the departmental store. After the three weeks the screen of the television flash and puffs of smoke is come. Before purchasing the television set the manager told him that television is very goods in quality and very long durability. So Adam can claim for the damage which is suffered by him.

So according this the sale of good contract is made between the parties, and he have right to claim damages.

When any person enter in to agreement under the sale of good contract there are implied terms is exist which is not necessary to stated in the contract.

P1.2 Analyse and advice Mr Adam on the statutory provisions on the transfer of property and possession

Mr. Adam can apply these statutory provisions when he transfers the property and possession.

The contract is made by the parties for exchanging the goods in money. The buyer has to give the return the price money to the seller under the contract.

The SGA 79 laid down the rules which is helps in examined that which property is passed. The rule of SGA 79 is depending on the property which is passes.

Section 16 to 20 which is helps the Mr. Adam to solve his query when he transfers the property and possession.

Section 16: If the goods are ascertained then ownership of the good is transferred,

Section 17:  if parties have intention to passing the goods then the good will be passing. It does not affect whether the goods are certained or ascertained.

Section 18: the goods will be passed at the intent of both parties.

RULE 1:- Specific good will not passes if the thing is done for the specific good and until it is not done.

RULE 2:- The property will pass which is related to the specific good in the unconditional contract.

RULE 3:-The specific good has been weighed and measured before the transfer of ownership.

RULE 5:- The ownership of the property will be transferred to the buyer where goods are unascertained or unconditional.

Section 19:  The seller has the right under this section in which he can exercise his right by disposing the good title.

Section 20: The risk is also transfer from the seller when the good is purchased by the buyer.

P1.3 evaluate the statutory provisions on buyer’s and seller’s remedies in sale of goods contracts

The injured party can file suit against the party which are mentioned below.

Under these three laws injured party can file suit.

Under the consumer protection act 1987: if any person suffers any damages then under this act he can claim the damages against the defendant. The person has no need to proved that damages has been suffered by him due to the negligence or breach of his duty but he has to proved that product which he buys is the defective in nature. If it proved under the court of law then he get the damages.

Under the contract law: The parties who are entering in to the contract also claim the damages which he suffered. If any person buys the goods then under the sale of good contract they binding with each other and it includes implied term in which seller has to provide the goods according to this. If goods is not according to them then he will sued by the buyer.

Under the tort law:  under the tort law the third party has also right to claim the damages against the person who breach the contract. In this there is no need of contractual relationship is exists.

P2.1 Differentiate between types of credit agreements which Claire could use to obtain the new car.

In this individual borrow the money from the business for the specific time period. The borrower has to pay the interest. The debtor interest has been protected by the consumer credit act 2006.

Hire purchase: In hire purchase credit agreement the consumer is real owner when he takes the possession of the good. The good cannot transfer to the third party. [Saharay', D. (2015)]

Conditional sale: The consumer can pass the goods to the third party. the buyer purchase teh goods after fulfilling the certain condition. [Aquacard.co.uk, (2015)]

Bank loan: The consumer can also take the bank loan. He has overdraft facility is available, in which they have to pay the interest. Ordinary loan is also can taken by the consumer but at the certain interest rate. [Aquacard.co.uk, (2015)]

Credit card: The consumer can also sued their credit card when they have need of loan. [Aquacard.co.uk, (2015)]

Shop budget accounts: Claire can also take the loan from the shop budget account. In which they spend the amount with the certain limit which is mentioned along with they have to pay the interest rate. [Aquacard.co.uk, (2015)]

Debtor- creditor – supplier agreement: In this the creditor made the contractual relationship between the supplier and himself or which is basis on the past and future arrangements. In which they have the transaction of financing the money between the debtor and creditor. In this both have business connection. [Aquacard.co.uk, (2015)]

Debtor- creditor agreement: In this the creditor is not made the contractual relationship between the supplier and himself or which is basis on the past and future arrangements. In which they have the transaction of financing the money between the debtor and creditor. In this creditor and supplier has no business connection. [Aquacard.co.uk, (2015)]

Restricted and unrestricted use: In restricted use the debtor can use the credit money in the specified purpose. [Aquacard.co.uk, (2015)]

Unrestricted money is that in which the debtor can use the credit in any other purpose.

So Claire can use the above credit agreement which is best suited to him when she purchases the car on loan. (legislation.gov.uk, 2015)

P2.2 Analyze the rules on termination rights and default notices for Claire to be informed in case she subsequently has trouble paying the debts as required in the contract.

If Claire has any problem with the payment of debts then she has the right to terminate the contract.

Rules regarding the termination right

P2.3 analyse the general features of Agency and differentiate between the different types of agent.

The three general feature of the agency are:

P2.4 Evaluate the rights and duties of an agent to assist Claire understand her position once she becomes an Estate Agent.

The rights and duties of an agent are

LO3 Understand the legal rules relating to monopolies, mergers and anti-competitive practices. Students should be able to;

P 3.1 outlines the monopolies and anti- competitive practices legislations in the UK

The competition helps the customer by providing the lower price product in good quality. The company who covers the larger part of the market leads to monopoly or the dominant position of the firm.

Monopoly is that in which the one single supplier has the control over the market by 25% or more it is known as scale monopolies and complex monopolies.  The company who is provided by the government monopoly right are the royal mail, postal services. [Businesscasestudies.co.uk, 2015]

The main objective of the competition legislation in UK

Competition Act 1998: This legislation introduced the new provision which is established for the prohibitions of the anti- competitive practice and abuse of dominant position. If any person files appeal in the competition appeal tribunal can claim damages and enforcement body has the power to imposed fines on the competitor for 10%.

Enterprise Act 2002: This act is also making a number of changes in the CA 1998. They introduced various legislation which gives strength to the competition law of the Uk. The function of office of fair trading is regulated by the competition and market authority in 2014. [businesscasestudies.co.uk, (2015)]

P 3.2 Explain the Role of competition commission within the context of monopolies and anti- competitive practices and UK office of fair trading.

Office of fair trading: They take decision making which was enforced by the court and they also published their advice and information which is necessary. The office of fair trading has the power to take enforcement. [Businesscasestudies.co.uk, 2015]

The court of justice held that the company is in the dominant position; they abuse their dominant position by refusing that they will not supply the goods, and also charging the different price from the different customer. They also defeated the decision of the competition commission that firm exploit the abuse for deficiency of reason and limits. [Reckon.co.uk, 2015]

The firm is in the strength position in the market which has control 50% over the market. In UK and EU if any person abuses the dominant position will be illegal business strategy in the market. The dominant firm exploits their customer by imposing the unfair trade conditions on the consumer when they buy the goods.

Under the EU treaty there are few instruments which stated that the firm is in the dominant position.

The United Brand is in the dominant position, they imported the American Bananas. They supplied the unripe bananas to the distributor for selling in the various EC countries. The distributor sell the green bananas to the seller and the bananas which are ripening used for their own purpose. In 1975 EC found that the united Brands abuse their dominant position. Company argued that they did not infringe the article 102 of EU. [Reckon.co.uk, 2015]

The United Brand has no exemption. The court held that they are in dominant position and also exploit their position by price discrimination, refused by the company for supplying the bananas. [Reckon.co.uk, 2015]

The professor of Imperial college of London Brain Steele has worked over the fuel cell technology which helps the society. He get an idea in which they use the Ceramic, Ceryiagadalin Oxide, electrolyte which is corporate in the fuel cell technology which helps in reducing the temperature without the use of hydrogen and precious metals. [Gov.uk, 2015]

P4.2 Outline the principles relating to the protection of inventions through patent rights and their infringement

He filed patent for the system he developed for injecting the fuel and air. He makes a plan with his colleagues form the imperial college. They realized that they have to spend more on the launch of the fuel cell for taking the protection of IP. The prospectus of the company was launched £ 4.25 million. The patent was given to the imperial college. [Gov.uk, 2015]

P4.3 Describe the principles relating to copyright protection and their infringement in a given business scenario

The person who make use of the copyright work can make such defenses that he make used in the library, personal use, research, for the review. (Ipo.gov.uk, 2014)

They also take copyright protection over the drawing of the boiler on the wall. [Gov.uk, 2015]

P4.4 Compare and contrast the protection of trademarks and business names.

They get the 40 patent and the trademark protection over their name in the international market. [Gov.uk, 2015]

Business Law Sample Assignment is provided by the industry's top most qualified writers with the guaranteed good marks, We are posting free units solutions so scholars can explorethe our assignment help and get review the quality of our work