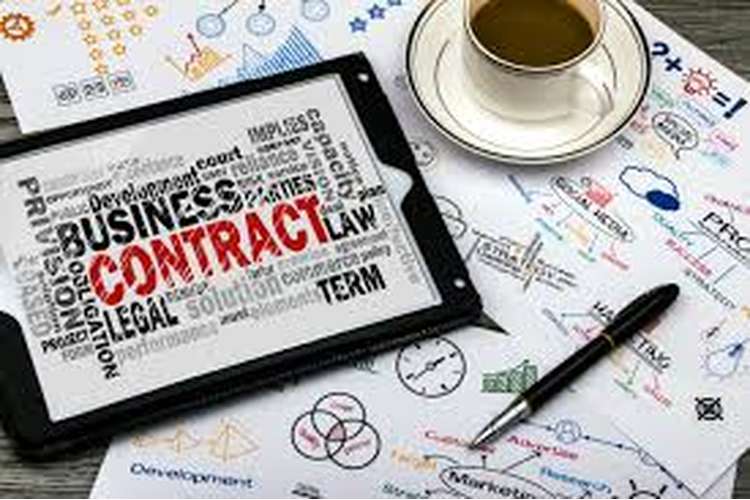 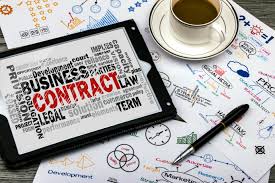 LO 1.1  Explain to Peter Abraham how a contract is formed and the importance of the various elements which has to be present to form a contract.

LO 1.2  Discuss the impact of forming contracts (as it may apply to Peter Abraham) by means of

A few contracts are:

LO 1.3 Give an analyses of the following terms in contracts with reference to their meaning and effect (including remedies and damages) as it may apply to Peter Abraham.

The terms within a contract are categorized in four major categories: (Weitzenböck 2012)

Task 2 Apply the elements of a contract in business situations

LO 2.1  Apply the elements of contract in the given business scenarios below;

When any one person (offeror) intends his wishes to be comply of by another person (offeree), then, the communication of such wish is an offer in the law of contract. In such case, it is the offeror who is making an offer to an offeree and the approval of such offer by an offeree is called an acceptance in law.

But, the situation differs in cases when the person is not making an offer but inviting offers from people. This situation is called invitation to treat and the person making invitation is called inviter. The inviter makes advertisement, display goods, etc, and invite offers from people, the people acts like an offeror and makes offers to the inviter. The inviter has to act like an offeree and when the offer is confirmed then a contractual relationship is made amid the parties.

So, no contractual relationship is established between the two.

The combination of offer and acceptance results in agreement and the agreement gets its enforceability when is supported by a consideration (Pao On v Lau Yiu Long (1980).  A consideration is the gains which budge from an offeror to an offeree because the offeree has undertaken the desires of the offeror. But, the consideration which moves amid the parties must support future/present promises but no past consideration is valid in law. . (The Law Teacher 2016)

LO 2.2  Apply the law on terms in the following cases

Exclusion terms prohibit a person to be answerable to the liability which is imposed upon him because of breach of contract term under a clause is called an exclusion clause. These clauses are valid when are in the notice of both the parties. The relying party should make every endeavor to bring the clause in the perceive of the other party prior relying on the clause  (Thornton v Shoe Lane Parking (1971).

The terms which are followed by the parties as per law are implied but the terms fpuind in the contract specifically by the parties are express terms (The Moorcock Case (1889). (ElawresourceUK 2016)

Now, these terms are applied upon the facts of the case. There is a contract between Zehphra and Aaron according to which Aaron will take the warehouse of Zehphra. Zehphra will charge a particular rent from Aaron. In the meantime, Aaron has made improvements in the warehouse of Zehphra and upon this it was decided between them that the rent will not be increased for coming five years. Thus, there is an express undertaking amid the two.

LO2.3   Evaluate the effect of different terms in the given cases

Whenever contract is executed then one of the significant term that is made art of the contract upon which any contract is standing and which is considered the heart, soul and essence of the contract is called condition. This is such a term in a contract that if such a term is not complied with by the parties then the contract main status is lost and the party is hands not violated the contract has every right in law to annul the deal and prosecute the evasion party for damages and compensation (Poussard v Spiers (1876).

This statement was the basis upon which the company was entering into an insurance contract with the company. Thus, since this clause is dishonored by the holder so the main spirit is broken, that is, condition is dishonored. In instant case the company can deny the claim of insured and cancel the contract.

There are two basic terms that are normally found in any contract. The contract which is the main element and foundation is called a condition and violation results in contract termination and claim of damages (Poussard v Spiers (1876). But, the term which is supplementary to the condition and which only allow damages to the aggrieved is called a warranty Bettini v Gye (1876).

Now, in the given situation, there are two terms which are asked by the company from the holder. The first one is a warranty and the second is the condition, the first one only deals with the alteration in the specification of makers and the second deals with any theft claim in last five years both are deprived of by the holder but the second term is the main essence of an insurance contract and is highly relied upon by the company. As per second term the insurer can cancel the policy but on the basis of the first term only damages can be claimed by the parties.

LO  3.1 Explain the similarities and differences (contrast) of liability in tort with contractual liability using an example.

Both the laws i.e. contract and tort, though are from the same source but are very different with each other specifically when liabilities of the two are concerned. The basic contrasting features between the two are submitted herein below. (ACCA 2016)

LO 3.2 Explain using suitable example how liability for negligence can arise and the conditions needed to be met for a claimant to successfully prove negligence.

When all the above stated elements are proved then only the defendant can be said to be negligent.

LO 3.3 Explain what vicarious liability means and how a business such as your organisation can become vicariously liable giving example.

The law liability i.e. vicarious in nature is a very important piece of legislation under which the boss is held to be answerable for the events of his employees which are carried out by such employee within the course of employment.

There are few essential to prove to hold the boss answerable for the actions of the worker. First, the association amid the two are must be of boss and worker Mersey Docks & Harbour Board v Coggins and Griffiths; secondly, the employee being moving on his actions within the course of employment Netheremere Ltd v Taverna & Gardiner; third, that the acts are governed and directed by the employer Limpus v London General Omnibus Co; forth, that there is no independent actions of the employee. Thus, the employee can hold his employer liable for the actions committed by him on behalf of his employer.

LO 4.1  Apply the elements of the tort of negligence and defences in the given business scenarios below;

If the defendant who is forced with the legal duty of care is not complied with, then, if such breach has resulted in causing harm to any plaintiff then such plaintiff has every precise in law to prosecute the defendant for negligence. Thus, the basic essentials are:

Now, Mr Brown visited the hospital in order to cure himself. The relationship amid the parties is proximate as the hospital actions impact the health of the patient. Also, the hospital is aware that any non performance of duty will certainly hamper the interest of Mr Brown. Thus, there is duty on the hospital which is not fully performed by Mr Brown when the doctor recommended medicines on telephone without proper checking Mr Brown and which resulted in death of Mr Brown.

So, negligence is incurred by the hospital. But, the hospital can prove that Mr Brown has also contributed to his own loss as the problem that is told by Mr Brown is totally different from the diseases he is actually suffering from and thus misguiding the doctors. Thus, the hospital can rely on contributory negligence on the part of Mr Brown and may reduce its labiality under the law of negligence.

LO 4.2  Apply the elements of vicarious liability in given business situations below (Cases 8 and 9);

The employer is held to be answerable for the proceedings of his employees which are carried out by such employee in his employment. If the acts of the employee are outside employment then there is no application of law. Rose v Plenty (1976).

The law of vicarious liability allows any third party to sue the employer for the loss which is originated by his employees. If the loss which is incurred by an employee is out of the course of his own actions, then, the employer is not answerable for the same. Rather, an employer is only answerable for those events which are followed by him in his employment Colonial Mutual Live Assurance Society v The Producers and Citizens Co-operative Assurance Co of Australia (1931).