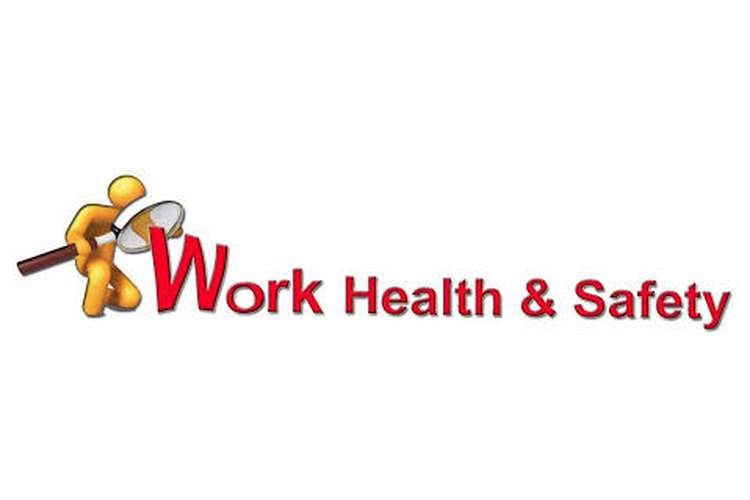 Work Health and Safety (WHS) refers to the principle of study and practice that is related to the maintenance of health, as well as overall safety and welfare of the people and employees working in a given organization. Hughes and Ferrett (2011) explain that WHS is not only essential and mandatory from the moral point of view but is also required from legal and financial standpoints. Workplace hazards and issues can arise due to different factors and can be classified into multiple categories, such as the physical hazards that are caused to the employee, biological and chemical hazards and also psychological hazards. According to Hughes and Ferrett (2011), as the use of new technologies, machineries and equipment is increasing in different industries for different purposes, the hazards related to them are also increasing on a continuous basis and hence it has become an important issue or point of focus for the management of different organisations. The management of a company needs to adopt adequate strategies and regulatory frameworks to make sure that the Occupational health and safety management practices are adopted adequately. Hence, the study here presents and discusses a WHS management issue of a specific industry and discusses the best practices that can be used for controlling these hazards. Issue identified for this assignment is in context with mining industry and usage of explosives for mining purpose.

The WHS issue that is being undertaken is the “Use of Explosives in Mining Projects”. Laurence (2011) explains that the mining projects can pose multiple health and safety related issues and problems on the employees, which include environmental issues like hazardous materials, air quality, energy use and waste management, occupational health and safety issues like hazardous substances, use of explosives, ionizing radiation, thermal stress and noise and vibration and community health and safety issues like water storage dams, communicable diseases and land subsidence. Laurence (2011) explains that mining projects often make use of explosives for blasting purposes, which causes multiple health and safety related issues and problems for the employees and workers working in the mines.

According to Bahn (2013), management of the use of explosives in mining projects has become an important area of concern for the managers as well as the government and multiple regulatory frameworks and regulations have been developed and implemented to control the issue to a large extent. As discussed by Aubynn (2009), the use of explosives can not only lead to health hazards because of the air pollution and emission of harmful products and substances but can also be dangerous as it can lead to physical injuries to the workers working in the mine during the explosion.

Explosives are the hazardous substances use that are commonly incorporated in different mine sites and projects so that the rocks that are present inside the mines can be broken to easily obtain the desired ores and minerals from the earth’s surface and the entire process in which these substances are used for the purpose of breaking rock formations is known as blasting (Ak et al. 2009). When the explosive substances are burnt or blasted, it generally leads to the development of high levels of heat and pressure within the earth’s surface, which causes the blast to occur (Ak et al. 2009). The choice of the explosives used for blasting is dependent on different factors such as the sensitivity of the material being used, fume characteristics, density and even thermal stability. Commonly used explosives include dry mixtures, emulsions and slurries (Meyer et al. 2007).

There are also multiple different patterns that are used for drilling the holes in which the explosive materials are kept for blasting and the pattern depends on the needs of the mining operation and the existing conditions of the surface and rocks (Monjezi and Dehghani, 2008). This process is used in not only underground but even the pit mining operations. There are special courses that provide information on blasting, in addition to the multiple regulatory guidelines and frameworks that are present for the same. The use of these explosives if not carried out as per the defined specifications or regulations can not only lead to more than tolerant vibration but can also lead to collision and flyrocks causing physical damage to the mine workers (Monjezi and Dehghani, 2008). Health issues can also arise because of dangerous substances being sent out during the blasting process. The possible consequences and incidents of the issue are hence discussed below.

There are multiple potential workplace incidents and problems that can arise in a mine with regards to the health and safety of the workers, as discussed below.

The biggest potential consequence and incident of using explosives for blasting in mining projects is the physical injury that can be caused during the project. The blast injuries that can be caused due to the use of explosives can be of four categories, primary, secondary and tertiary (Saleh and Cummings, 2011). The primary injuries include the ones that can affect the internal organs of the workers because of the creation of extremely high pressure wave during blasting. The objects and rocks flying after explosion and throwing away of humans are the causes of secondary and tertiary impacts. These impacts lead to physical injuries in the employees, affecting different body parts and can even lead to death (Saleh and Cummings, 2011).

According to Patterson and Shappell (2010), it is not only the physical injuries that count but the use of explosives can even lead to multiple health related internal issues in the employees and workers. Dust explosion is the common incident that occurs during the blasts, which lead to the explosion of dust containing coal, carbon dioxide and other harmful chemicals and metals. These elements can enter into the lungs of an individual and can lead to long term respiratory or other problems. Inadequate transportation and storage of the explosives is yet another problem that can occur during their usage in the mining industry (Patterson and Shappell, 2010).

Singh et al. (2011) demonstrate the occurrence of these hazards by presenting statistics on the damage caused due to the use of explosives in mining projects. According to Dhillon (2010), there were a total of 106 miners who were killed and 1050 who were injured between 1978 and 2000 due to the blasting activities. The common causes of injuries and deaths as observed in most of these incidents have been found to be premature shooting of the blast, flyrocks, poisoning caused by the fumes that are emitted from the blasts and even misfires (Dhillon, 2010). These figures thus highlight that it is extremely crucial to manage this occupational or work health and safety related issue that can seriously damage the employees and workers working in such projects or industries.

Epstein and Buhovac (2014) state that the management of the occupational and work health and safety issues or problems is not simply a matter of the adoption of best practices but is also highly dependent on the organisational culture and the regulatory frameworks that are adopted for the same. Mannion and Konteh (2009) explain that the fact that the organisational culture helps in maintaining and reducing the overall work health and safety hazards is visible from the regular reductions that are being observed in the rate and number of health and safety related incidents occurring in mining or any other industry. According to Mannion and Konteh (2009), the number of accidents has reduced over the last few decades because the organisations are adopting a more knowledge based culture, wherein the employees are trained and made more aware of the possible issues that can arise and the way they can manage those issues. The culture in an organisation determines the overall levels of awareness and knowledge in an organisation, which in turn make the workers more aware of the possible causes of hazards. Culture also helps in developing a overall business environment where all of the employees are concerned about work place injuries and hazards. If culture of the organization remains sensitive and responsive towards WHS norms and safety issues then it is evident that actual injuries and fatal accidents would be reduced to a minimal.

According to Burke et al. (2008), the set of values and attitudes that is defined by the organisations also affects the management of health and safety issues at every stage. Dov (2008) explains that the attitude and values that are developed in the employees or workers in an organisation determine the importance they give towards their safety. The actions that are taken by the employees highly depend on the values and attitude that are inculcated in them, thus affecting their overall commitment towards safety. Burke et al. (2008) add to this line of thought and states that the organisational culture needs to be also supplemented with adequate regulatory frameworks to make sure that the various problems and issues related to work and occupational health and safety do not arise in a given industry or organisation.

As per the discussions presented by Makin and Winder (2008), the regulatory frameworks provide a direction to the employees in which they need to work. The frameworks and guidelines inform the employees about the things that they must and must not do in order to safeguard themselves against a particular hazard or issue, hence reducing the chances of the occurrence of those issues. As explained by Makin and Winder (2008), the frameworks must however cover all the important elements of maintaining health and safety to ensure complete benefits to the employees.

Sparrow (2011) says that the use of regulatory frameworks also help in managing the overall risks related to the work place health and safety and. The frameworks provide different areas of risks and thus provide a chance to the employees and the managers to reduce the probable and possible risks by adopting and adhering to those guidelines and features. Legal protection is yet an added advantage because the frameworks help in ensuring that all the legal requirements are met and fulfilled by the organisations and their employees via these requirements (Sparrow, 2011). For example, in order to manage the potential problems and issues related to the use of explosives in mining projects, the adopted frameworks or regulatory guidelines can be of help in providing guidelines for different processes and activities such as transportation and storage of explosives, materials to be used, size of explosion etc. Hence, some of the best practices dependent on these frameworks or organisational culture are discussed below.

Hence, the above discussed measures and practices can be extremely helpful in reducing the possible hazards of the discussed WHS management issue or problem as observed in the mining industry.

The study thus highlights the possible hazards and issues caused due to the use of explosives in the mining industry and projects. It has been found that explosives are used for multiple purposes in the mining project, mostly for blasting to break the rocks that are found in the mining sites. The use of these explosives can lead to potential problems such as physical injuries that can be caused due to blasts or flying rocks, diseases or illnesses due to the floatation of dangerous products and elements like dust particles or coal particles or community problems because of damage to dams or lands. Hence, it is important for the management of such projects to include and adopt different practices such as trained employees, emergency management plan, audits and use of regulations and guidelines in order to ensure that no hazards are caused. It is thus proven that organisational culture and the regulatory frameworks have significant impact on the management of different work related health and safety issues and problems.

Ak, H., Iphar, M., Yavuz, M. and Konuk, A.(2009), Evaluation of ground vibration effect of blasting operations in a magnesite mine, Soil Dynamics and Earthquake Engineering, 29(4), 669-676
Aubynn, A.(2009), Sustainable solution or a marriage of inconvenience? The coexistence of large-scale mining and artisanal and small-scale mining on the Abosso Goldfields concession in Western Ghana, Resources Policy, 34(1-2), 64-70
Bahn, S.(2013), Workplace hazard identification and management: The case of an underground mining operation, Safety Science, 57, 129-137