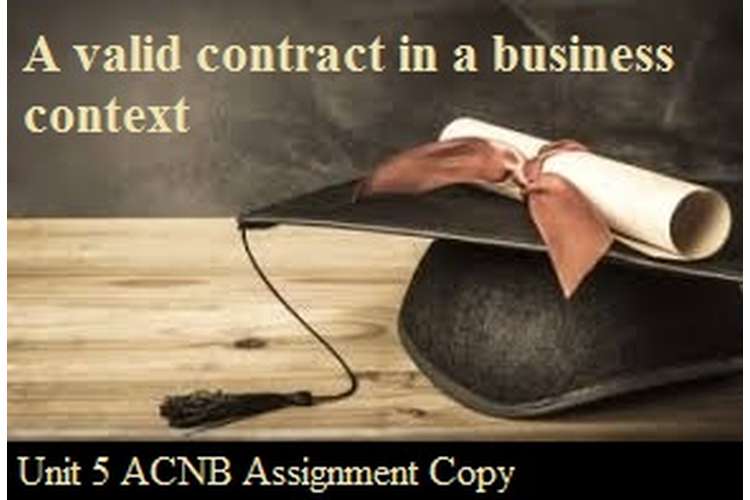 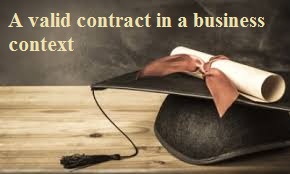 The formation of a contract is the compilation of five basic elements in law. When an offer along with acceptance supported by consideration, by capable parties with legal intention, make mutual exchange of promises, then, a contract is formed between the said parties. So, precisely, a contract requires few elements. The same are:(Allen &Overy 2016)

The contract is formed when all the contract elements are present. The parties who intent to form contracts can do so in various forms. The same are:

The major significance and importance of such kinds of contracts is that these contracts are easy to prove only when are not in oral form, such as, through telephonic conversation.

The contract when is made by the parties then it is the terms of the contract that guides the parties and compel them to perform their part of obligations. the terms are bifurcated as follows:(Elawresourceuk 2016)

Task 2 Apply the elements of a contract in business situations

So George has no right to enforce the letter written by George.

Thus, if there is enhancement of rent by Yeti then Aaron has full right to deny the same and if Yeti does not adhere to the same then Aaron can sue yeti for the compensation for the repairs undertaken by him.

This condition was violated by the holder so the company has right to cancel the contract.

Thus, the company has full right to terminate the contract.

Thus, these are some of the contrasting features amid the two laws.

The law of tort has various kinds of laws, such as defamation, battery negligence. The law of negligence is a very significant kind of law that prevails in today’s time. When a legal obligation is imposed upon a defendant not to cause loss to plaintiff and if any loss is caused then the defendant is negligent provided the parties are neighbors of each other. The plaintiff can make a successful claim against the defendant if three basic essentials can be proved. The same are:(Leeds 1998)

Thus, these are the basic elements which must be proved by a plaintiff to make any defendant liable under the law of negligence.

When people are employer-employee then the loss caused because of employee’s negligence may be imposed upon the employer provided the occurrence of the loss took place within the course of employment. This rule is established in the law of vicarious liability(Merseyside Docks &Harbour Board v Coggins and Griffiths (1946). Thus, the basic features for the establishment of vicarious liability are that the defaulter is the employee of the employer and is working within the employment. Further, the loss is incurred during employment by the defaulter and under the directions of the employer and some third party sustained injuries because of the acts of the defaulter. (The Law Teacher 2016)

Thus, the doctor has prescribed the medicines without checking the patient which is not right as the doctors has a duty to check the patient prior giving any medicine. This duty of care is breached. Mr Brown is directly affected by the actions of the doctor and is thus the neighbor of each other. Hence, the hospital is clear in violation of his legal duties and is negligent.

But, the hospital can claim that Mr Brown has complained of breathing problem and chest pain and thus the medicines were adequate. Mr Brown did not specify his exact condition and thusthe hospital can take the defense of contributory negligence.

The basic question arise is whether the loss which is incurred because of the drivers negligence will be imposed upon the  executive chauffeur company.

When people are employer- employee then the loss caused because of employee’s negligence may be imposed upon the employer provided the occurrence of the loss took place within the course of employment. This rule is established in the law of vicarious liability. The basic justification behind the vicarious liability is that if an employer can earn money from the labor of his employee then the loss must also be borne by an employer only. But, an employer is answerable to the loss caused by an employee only when the acts are as per the guidelines of the employer and the loss is caused within employment course.

Thus, the basic features for the establishment of vicarious liability are:

Once all the ingredients are established then the third party who has sustained injuries may sue the employer for his loss which is caused because of the actions of the employee.

Now, The executive chauffeur company has appointed the driver and was assigned with the task of picking its client from the airport. The driver when was waiting for the client has consumed alcohol which is above the driving limit. While driving back, the driver crashed into a lamp post and serious injuries are sustained by the client. Since, the driver was performing his official duties when the loss is incurred by his because of his negligence and the acts are not outside his authority, then, the law of vicarious liability is fully applicable and the client of the executive chauffeur company can sue the company beachside of the negligent acts of the driver.

The basic question that is raised after understating the given case study is Can the supermarket will be held liable for the acts of Mr Jones which ahs ultimately resulted in the loss to one of his colleagues.

Thus, it is submitted that Mr Jones was the delivery driver of the supermarket. Once his acts has resulted in causing harm to one of his colleagues. But, when the act which has caused the injury was undertaken by Mr Jones, at that time the  health and safety  responsibility was assigned to some other company and is not within the scope of the supermarket.

Thus, the supermarket was not the employer of Mr Jones when the accident took place. Thus, there is no application of vicarious liability and the colleague cannot sue the supermarket for his losses.