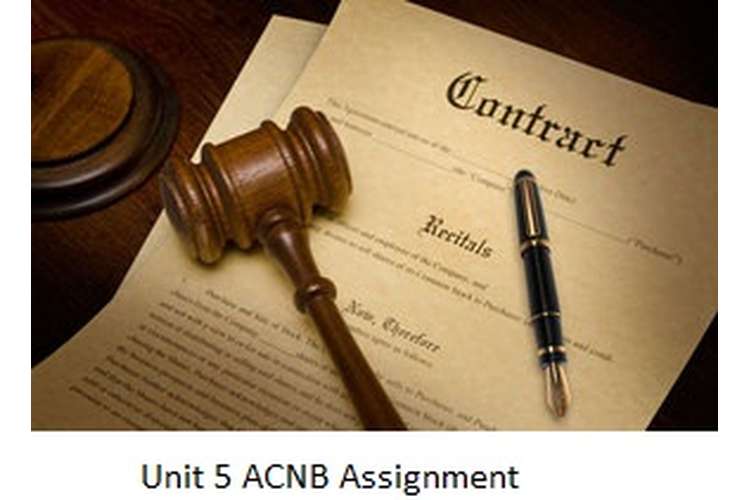 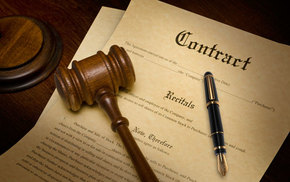 The law of contract is a very important piece of legislation. Whenever parties desire to make contracts then it is necessary that an agreement must be first formulated which when accompanied with other contract essentials will result in binding contract. So, the main contract essentials are: (Furmston & Tolhurst 2010)

All contract elements are very important in the formation of the contract and if any party makes a contract in deprivation of one element, then, such contracts are void in nature.

Now, when the disputes are raised amid the parties, then, these kinds of contracts are not very easy to prove. The main reason is that such contracts are oral and thus he terms are no written so it becomes very difficult to portray the exact intentions of the parties.

When the contracts are made between the parties not by orally communicating the terms but when all the terms are written down by the parties on the piece of paper. There is no oral settlement of terms and conditions. All intention of the parties is in documentation form.

Now, whenever disputes arise amid the parties then the courts are at every position to give meaning to such kinds of contracts as all the contract terms are written in nature. So, such contract has strong legal impact and is much safe to establish amid the parties.

The terms whish are neither classified as conditions nor classified are in-nominate terms. It is the situation when the terms are violated that defies the nature of the term. If the breach shatters the essence of the contract then it is condition otherwise warranty. The effects also depend upon how the term is treated (Hong Kong Fir Shipping v Kawasaki Kisen Kaisha (1962).

When the term is made part of the contract and which has the capacity to limit/exclude the obligation/liabilities of the parties depending upon some contingencies then such kinds of terms are called exclusion terms(Interfoto Picture Library Ltd v Stiletto Visual Programmes Ltd (1987). These terms are valid only when are relied on by the parties mutually. However, if a unilateral attempt is made to bring the exclusion term in the contract then the party who is incorporating has every responsibility that the clause should be in the awareness of the other party otherwise the clause has no validate. (Chitty 2012)

Whenever any contract is made amid the parties, then, it is necessary that an offer must be accompanied by an acceptance. This offer and acceptance results in the formation of an agreement. But, when a person does not make any offer at all. But, his actions are such that he invites offers from the public then such phenomenon is called invitation to treat. Normally, an invitation is made via advertisements, tenders, auctions, displays, etc. Now, the people who wish to make an offer can do so to an inviter and an inviter may confirm such offers (acceptance) resulting in the formulation of a binding contract amid the inviter and the offeror.

Now, in the given case study, Carol and Gumtree are two parties. Gumtree has displayed an advertisement and promotion which is an invitation as per (Pharmaceutical Society v Boots (1953). so, the company intends to receive offers. An offer is made by Carol. But, no acceptance is made by Gumtree. So, no acceptance is reciprocated against the offer of Carol. S o, no contract exists amid the two. (Treitel 2011)

Consideration is one of the significant elements in the law of contract. An offer and acceptance results in the formation of an agreement and this agreement when supported by consideration makes the same enforceable in law.  A consideration is a kind of gain which moves from the offeror against the performance of an offeree which he undertook for and on behalf of the offeror. But, this consideration is no valid for past actions. To make a valid consideration, the same must support present/future actions  (Foakes v Beer (1884).

Now, Preston promises George on 13th that if the employees Devi that he will make a contract with him. But, George has already appointed Devi on 12th. So, the promise of Preston was a past actions and is not a valid consideration. So the same is not enforceable and thus George cannot take any action against Preston.

An exclusion clause is the term which excludes the obligation in the contract of one party when both the parties have approved of the same. Thus, the consent of both the parties is very necessary to make any exclusion clause valid (Watford Electronics Ltd v Sanderson CFL Ltd (2001). But, a unilateral act of relying on the exclusion clause is not valid and the relying party must make every effort to bring the clause in the awareness of the other party. Lack of reasonable efforts makes the clause in invalid (Thornton v Shoe Lane Parking (1971).

Now, the couple handed over their coat to the restaurant which contains $500 but the same went missing when the cost is returned to them. However, the restaurant excluded its liability by submitting that they are relieved under the exclusion clause mentioned on the back of the receipt which imposes no liability if the articles are stolen.

There are two terms in every valid contract, that is, the terms which are mutually/expressly decided by the parties are express terms but the terms not mutually decided by are imposed under the sanctity of custom or law or tradition etc are implied terms (Dick Bentley Productions v Arnold Smith Motors (1965).

Now, Zehphra and Aaron are under an agreement herein they have expressly decided that the rent of the warehouse which is undertaken by Aaron will not be enhanced for next five years because there are repairs which are undertaken by Aaron. So, this express contract is binding upon them.

But, Yeti later incised the rent (he inherited the property). It is submitted that under the implied law, every legal representatives has an obligation to fulfil the terms of the contract entered by the deceased. So, Yeti has to comply with the express terms amid Zehphra and Aaron. So, if Yeti increases the rent then Aaron has full right to sue Yeti and claim compensation for the repairs undertaken by him.

So the company has every right to claim damages and terminate the contract.

Now, the first term is not the contract essence and thus a warranty but the second term is crucial in any insurance contract so is a condition. So, both the terms are violated, so the company can cancel the contract on the basis of breach of condition and claim damages.

The law of tort and contract law both are civil in nature.

The tortuous liability is based on fault committed by any party but the contractual liability is strict in nature. (Slideshare 2013)

The Law of negligence states that if wrongdoer does not acts with duty of care obligated upon him and breaches the same and due to that breach injury is caused to third person then the wrongdoer is liable to the third person. The law of negligence developed in Donoghue v Steveson(1932). (Kelly et.al 2014)

The three elements to prove negligence are:

Vicarious liability is that from of liability in which the liability shifts from the performer of the act to his superior. In this concept the servant performs the acts for his master and in case the liability arises the master will be liable for acts of his servant provided the acts must had been performed by the servant during the course of employment and in discharge of the duty assigned to him. The acts which are of personal nature performed by the servant does not holds a master liable under the head vicarious liability. for example, employer, employee; principal , agent; master, servant. (Tufal A, n.d)

The various points which must be considered while holding subordinate liable for acts of superior are:

As per law of negligence, the wrongdoer is liable when he carries out breach of duty of care obligated upon him and such breach is cause of injury to the third person. The wrongdoer has this duty towards everybody who is his neighbor. The act which is cause of injury must be reasonably foreseeable and not remote one. The proximity between act and injury is must. The care varies with the situation, in certain situations the duty of care is expected to be high. (Murphy v Brentwood District Council (1990).

The various defenses can be taken by a wrongdoer to save himself they are:

In case law provided Mr Brown when went to hospital complained  to nurse about chest pain along with breathing problem and nurse called up doctor over phone and gave medicines. But after a day Mr Brown died due to  pneumonia which resulted due to toxic mould which was in Mr Brown’s house.

By applying law of negligence it can be stated that doctor, nurse and the hospitality provision indeed were negligence as the nurse telephoned the doctor and he told her to give medicines without even diagnosing the patient which was his duty and he thus breached the duty of care which was obligated upon him and thus carried breach and in turn which was cause of death of Mr Brown. The act of doctor was in proximity to the injury caused to Mr Brown and also the act was reasonably foreseeable so this is clear case of negligence.

Thus, the hospital will be liable for negligence for sure as the duty of care is violated causing death of Mr Brown.

As per given case law provided the chauffeur company sent their driver to pick passenger from airport the driver while waiting there drank alcohol and in turn the car met with an accident injuring the passenger. As per investigation it was revealed that the driver was drunk over permissible limit.

In the instant case the driver was employed by the company and he thus while on his duty drank alcohol and resulted in an accident as he was negligent and he was performing his duty and during his course of employment with company he met with an accident while discharging his duty the act was not of personal nature so hence the company will be vicariously liable in this case.

In given case law Mr Jones who was supermarket’s driver injured his colleague while loading pallets in the truck. His college was injured severely and thus sued the supermarket but supermarket says that it had delegated the responsibility of safety and health to other company.

So assuming Mr Jones was employed by supermarket the supermarket will be vicariously liable otherwise not.