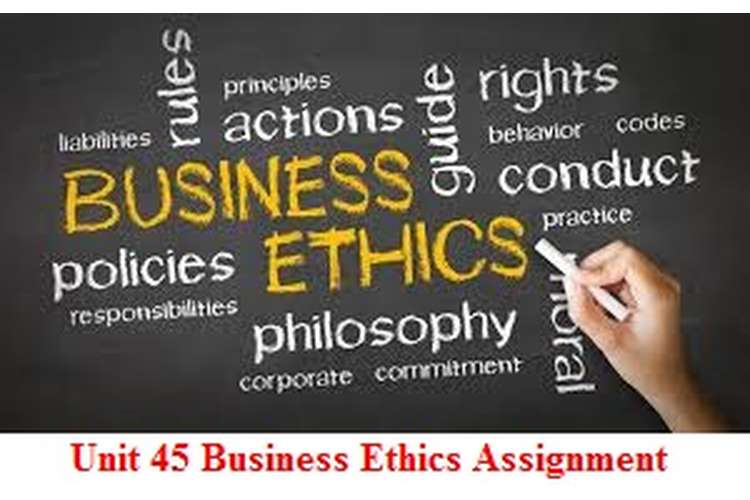 Business ethics is a form of ethics of any particular business. It also examines the moral ethical problems which arise in a business environment. Unit 45 Business ethics assignment is applied to all aspects of business conduct which is also related to the conduct of an individual. There are generally four elements in business ethics such as responsibility, commitment, quality and reliability. Superdrug is a popular health and beauty product retailer in UK. Superdrug was established by Ronald & Peter Goldstein in 1964 (Superdrug.com, 2016).This popular retail currently has more than 787 outlets across UK and Ireland. This popular health and beauty product retailer has appointed a consultancy guide the organization on its ethical behaviour and conduct. As stated by Bunge (2012), Superdrug has recognized the importance, value and benefit of managing the business sustainability. It has been noticed that Superdrug was committed to follow the environmental good practice, social responsibility and maintain economic prosperity (Rutherford et al.2012, p.176). The organization has been purposefully lobbying and the government has not just reduced the VAT rates out of the blue (Brenkert and Beauchamp, 2012). On the other hand, Superdrug has started selling of range of beauty products which have not being tested on animals. Those products carry the logo of “British Union for the Abolition of Vivisection”(Zikmund et al. 2013). 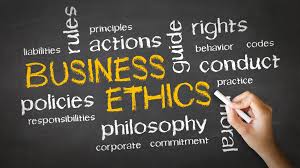 As stated by Ferrell and Fraedrich (2015), theoretical ethics is concerned with norms, values and beliefs embedded with the social process. Theoretical ethics defines the right and wrong for the organization like Superdrug. Every organization has a morality because this constitutes the basis for mutual beneficial interaction. Those fundamental rules are considered as rules and regulations for the employees. Rutherford et al.(2012, p.179) opined that ethics is the branch of philosophy which focuses on the morality of things. On the other hand moral principles are applied to everyday life. Theoretical ethics includes applying value which may range from religious principles to customs and traditions (Leroy et al.2012, p.258).

It has been noticed that higher officials of Superdrug have implemented the consequentialist theories for maintain the ethical consequences of every operation of the organization (Brenkert and Beauchamp, 2012). The business consultant has critically observed different approaches such as duty-based approaches, rights approach, utilitarian approach, virtue approach, fairness or justice approach, common good approach and egoism. After observing different types of approaches, the business strategy consultant has advised to follow the duty-based approach. As stated by Bondy et al.(2012, p.286), duty-based approach is called deontological ethics which was implemented by the philosopher Immanuel Kant.

According to this approach, the activities of the higher officials is not always highlighted the consequences of the aim of the organization but those activities have proper intention in performing the action. As stated by Ma et al.(2012, p.287), the fairness or justice approach is appropriate for organization. Fairness or justice approach is a law code of Hammurabi in Ancient Mesopotamia. According to this approach, all free men should be tracked alike, just as all slaves should be treated alike. Organization can combine universality along with this approach for implementing the justice approach for all human resourses or employees (Zikmund et al. 2013).

Ethical absolutism is a one side of the spectrum in ethical theory. Ethical absolutism claims that there are eternal, universally applicable moral principles. According to Voegtlin et al. (2012, p.12), ethical absolutism determines the qualities of the right and wrong objectives. It has been noticed that absolutism allows the moral rules which can be evaluated critically. The management of Samsung and HCL have implemented absolute ethics so that every employee is treated the same way (Leroy et al.2012, p.261). According to absolute ethics, the managers of the organization need not change the moral only when the moral rule is right (Bunge, 2012). Therefore, the managers would not need to develop different rules for different employees because absolute rules are universal.

On the other hand the ethical relativism provides the morality in the different departments of the organization. The relative ethics ensures that there are no universal rights and wrong that can be rationally determined (Zikmund et al. 2013). It has been observed that the relative morality simply takes the stance that no single set of moral rules can possibly account for any situation. As opined by Rutherford et al.(2012, p.175), in some organizations like Tesco, General Electric and Greenergy, a moral decision is made rationally, taking into account the consequences to each potential choice. However, it has been noticed that cultural relativism reduces the meaning of good which is socially applicable. As per popular news report it has been observed that the manager of General Electric has terminated 2 employees for poor performance (Brenkert and Beauchamp, 2012). However, the employee termination is against the company ethics but poor performance is not acceptable to the managers. Therefore, it may be more difficult to decide when the rules need changing in different circumstances (Zikmund et al. 2013).

1.3 Explain the ethics issues which can affect the operational activities of business:

As argued by Bondy et al.(2012, p.282), maximum private organizations have faced some ethical issues such as :

2.1 Explain how the business objectives are affected by ethical consideration:

It has been observed that Superdrug managers have applied the consequentialism ubiquitously in the organization. The manager wants that, all implemented decisions should have measurable consequences. As stated by Bunge (2012)),deontology requires a rule to governs a decision. It has been noticed that not all decisions have a rule or associated duty with them. Sometime managers have followed the virtue ethics to examine the decision in the context of one’s character (Brenkert and Beauchamp, 2012). However, due to some ethical issues the managers follow consequentialism ethics systematically.

It has been noticed that Superdrug has operated their business globally and interact with different cultures and commercial systems. There is no confusion that Ireland market is totally different from UK market (Weiss, 2014). Therefore the marketing planning experts have followed ethical frameworks to guide the administrative decision in foreign market so that the business aim remains firmly based and the organization maintains the social responsible principles (McGee, 2012). However the business ethics of Superdrug has been affected by ethical consideration such as:

2.2 Evaluate the implication for a business and its stakeholders to operate ethically:

As opined by Audi (2012, p.274), management of organization has to follow good ethics which will be accepted by the society. However, after some days the issues in the ethics will arise. It has been noticed that management system of Superdrug operated by the laws of honesty and consideration will be preferred over a competitor. As opined by Ma et al.(2012, p.292), government is one of the stakeholder of this organization. The UK Government has already reduced the VAT of some lifesaving drugs. However, it has been observed that the organization has maintained dual image in the UK. Primarily they sell lifesaving drugs in cheap price. On the other hand they have sold the untested cosmetic under the logo of “British Union for the Abolition of Vivisection” (Torugsa et al. 2012, p.485). Therefore, the organization has not maintained proper ethics in their business operation.

Customers: Apart from Government, customers are also affected by the business strategy of Superdrug. The business strategy has expressed the mix effect in the market. Superdrug maintains ethics by reducing the price of some health and skin care products. On the other hand the organization has sold untested products along with the government logo. This particular lobby with Government is unethical.

3.1 Assess the role of the organization acting as a moral agent:

As stated by Voegtlin et al. (2012, p.8), Superdrug has implemented the lobby with UK government. The government has reduced the Value Added Tax of some health and beauty care products. It has been observed that the organization has acted as moral agent through its organizational integrity. Superdrug has implemented the some strategy to maintain ethics.

3.2 Analyse the development of mechanism for achieving employee involvement:

Distinct industries situated all around United States, faces several ethical dilemmas. These cover diverse issues like the pay rates of an employee and harassments that are commonly found in a workplace (Torugsa et al. 2012, p.489). Organizations like to confront all these dilemmas since such can either ire or praise a consumer depending on the type of policies they will be adopting.

The other ethical issues

For bringing improvement in the business process, below discussed are certain steps that include:

The code of ethics is defined as a formal document which establishes the company behaviour along with a formal paper mentioning the behaviour shown by the employees working in the company.

The reason for having ‘code of ethics’ is because of the following:

A suitable ethical code will be including

This entire report is based on the business ethics of Superdrug. It has been observed that the organization was committed to follow the environmental good practice, social responsibility and maintain economic prosperity. The organization has been purposefully lobbying and the government has not just reduced the VAT rates out of the blue. On the other hand, Superdrug has started selling of range of beauty products which have not being tested on animals. Those products carry the logo of “British Union for the Abolition of Vivisection”.  Superdrug have implemented the consequentialist theories for maintain the ethical consequences of every operation. The business consultant has critically observed different approaches such as duty-based approaches, rights approach, utilitarian approach, virtue approach, fairness or justice approach, common good approach and egoism. The consultant has provided different circumstances of Samsung and HCL regarding absolute ethics so that every employee is treated the same way. The consultant has observed that cultural relativism reduces the meaning of good which is socially applicable. It has been noticed that MNC companies are often created a boundary to maintain the company ethics but sometimes it interferes in the personal life of the employees. Superdrug ethics proves faulty because it does not provide fair employee treatment and sustainable manufacturing process. Finally the consultant has proposed a suitable ethical consideration for the organization.