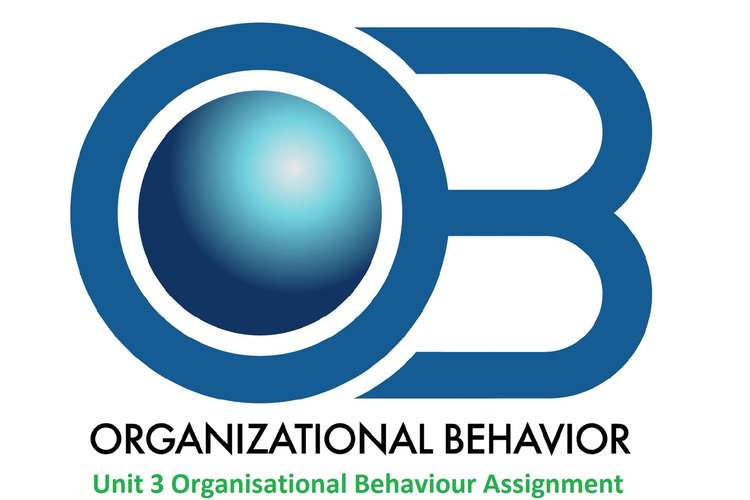 Business enterprises comprises of a vast workforce having different cultural background. Now, in order to work effectively, people need to interact within groups. In this context, Organizational Behaviour (OB) is a study that deals with this interaction of the workforce. This unit 3 organisational behaviour assignment is extremely important for improving the overall business operation. Proper communication among the employees helps the business organisations to grow. This assignment discusses the significance of interpersonal skills in the workplaces. Various approaches of management and leadership with motivational theories also have been discussed throughout this assignment. Moreover, the effectiveness of teamwork in developing organisational behaviour is highlighted in the assignment. In addition to this, the challenges faced in application of OB are also elaborated in the assignment. 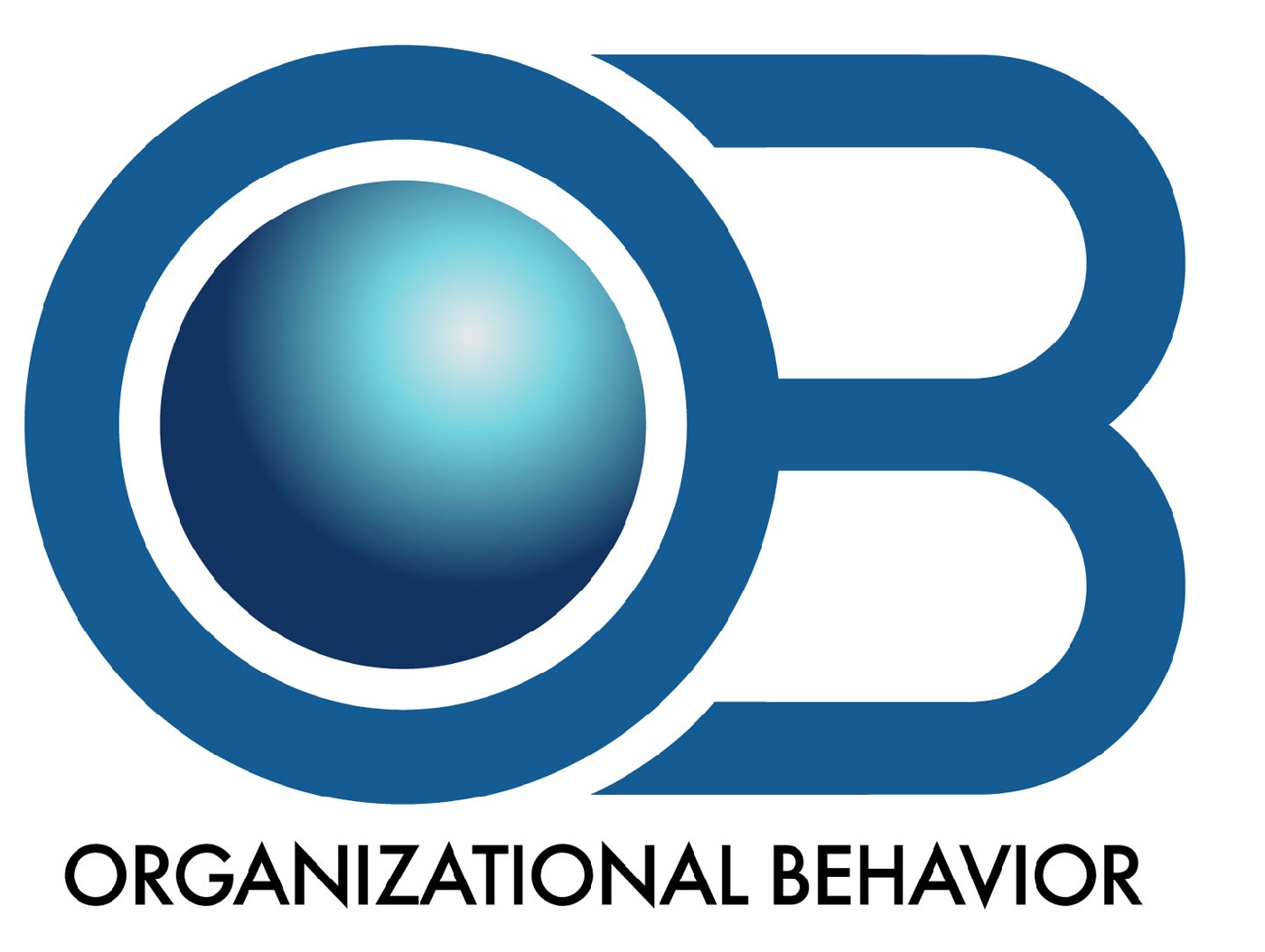 2.1 Compare the effectiveness of different leadership styles in various organizations.

Leadership style  have significant role in every organization no matter if it is small or a large company. These methods can affect every single person in an organization from senior to junior. The main aim of these leadership styles is to influence performance and the organization as it whole. Some of the styles are mentioned below:

2.2 Explain how organizational theory underpins the practice of management.

2.3 Evaluate the different approaches to management used by different organizationa

There are three different types of approaches to management which are; classical, neo- conventional and modern approach. The details of these methods are mentioned bellow:

3.1 Discuss the impact that different leadership styles may have on motivation in organisationsin periods of change.

A leader is a person who is followed by people because of the personality and attitude of the leader which influences their behavior and motivates them to follow them, not just the hierarchy or fear which compels them to do follow. The organization also needs its employees to perform better through inspiration and in the due process develop a company culture where everybody contributes towards a common goal. Here leadership styles play a major role in periods of change. Motivation in an organization is a process in which the behavior of the employee is influenced by managers, through their authority to offer or withhold the individual’s needs and goals (BPP Learning Media,2010). There are different styles of leadership which impacts the behavior of the employees. These are:

The key elements of motivation are intensity, direction and persistence. Based on these elements various motivation theory have been proposed. These theories and their applications are as follows:

3.3 Evaluate the usefulness of a motivation theory for managers

Motivationis an attribute of human behavior which can inspire people to put in best efforts to achieve the desired goal. It encourages putting in high levels of attempt towards satisfaction of individual needs. Managers motivate their employees in hope of satisfying these desires and compelling them to perform in a desired method. Motivation by managers can act as a reinforcement of confidence which can ignore the inner state of the individual and concentrate solely on the actions taken by the individual for the purpose of common benefit. It is also quite evident that different theory is applicable in different scenarios. Thus approach or process of motivation changes according to the requirement. Some organisation favours autocratic type of leadership while others advocate for democratic type leadership. But the most important task of a leader or a manager is to motivate others for their best performances. Managers can chose numerous ways of motivating others through challenge, encouragement, through commissions on better performance, asking feedback, through confidence reinforcement through training and skill enhancement. The manager’s task is to create a work environment of healthy rivalry which can motivate high achievers to set higher standards of performance. The manger has to act like a friend when dealing with a sub ordinate and at same time has to maintain the decorum of the work place. Mangers have to realize that motivation is not a character traitwhichsome body have and some do not have. It is the result of interaction of the individual and the situation.

4.1 Explaining the nature of groups and group behaviour within CAPCO:

Groups are an important part of an organisation. According to Moreland et al. (2013), groups are of two types-formal and informal. Formal groups are usually formed by organisational structure whereas an informal group is not determined by the organisational structure nor are structured formally. Hoch and Kozlowski (2014) remarked that the main reason behind joining a group is to gain success towards a common goal.  However, according to Liu and Maitlis (2014), there is no specified reason for joining the group though from the point of view of social identify theory, people join groups as they are emotionally attached to a group and the success  or failure of the group impacts on their self-esteem. Thus, one of the main characteristics of the nature of a group is that it helps in creating a social identity. The main reason for choosing a social identity can be uncertainty reduction or distinctiveness. However, according to Barsade and Gibson (2012), similarity and status co are the two main characteristics that comprise of a social identity which individuals found out while working as a team. It has also a major impact on team behaviour. In Capco, both formal and informal teams are present. The organisation follows a decentralised organisational structure and therefore, the employees are given the freedom to form informal team outside the workplace to discuss work related problems. On the other hand, there are formal groups within the organisation where everyone has own responsibility likewise the responsibility that members in a football team play. Hu and Liden (2013) remarked groups as people working in a team from different areas either formally or informally. Whether it is a formal or informal group, a team is developed in five stages namely forming, storming, norming, performing and adjournment stage as suggested in the Tuckman’s team development theory. For permanent teams, performing is the last stage whereas for temporary committees adjournment is the last stage of team development. As far as the team behaviour in Capco is concerned, the teams in this financial organisation are formed based on the first four stages as the team is permanent. The members of the team from diverse areas work together to solve workplace related problems. Whenever a new project comes all the team members whether they are formally or informally formed come together to discuss the problems and their solution.

4.2 Discussing factors that may promote or inhibit the development of effective teamwork within CAPCO:

Capco is a good example where effective communication and diversity rules as the root of teamwork. According to de Jonget al. (2014), without diversity, good teamwork cannot achieve its highest feet.  A team member might be a new joiner though the existing employees having experienced in the field can help in learning the workplace skills. Similarly, if there are people from diverse cultural groups in a team, good leadership skills, and managerial approach helps in achieving effective teamwork through diversity. As said, leadership role or the leaders are the pioneers in building an effective team. A leader if unable to communicate the objectives or the goals of the organisation or the roles, they are assigned cannot help in making an effective team. Methot and LePine (2016) remarked that even though there is a good leader who is good at forwarding the team members towards organisational objectives or goals, there might be conflicts among team members working as a team in a diversified working culture. Therefore, the application should have the same priority as that of leadership and diversity. Araújoet al. (2015) pointed out that if communication process is smooth and clear, during the team building stages; every member of a team can know each other properly which is helpful in effective teamwork in times of need. However, the lack of appropriate communication between the employees or between the management and employees might hinder effective teamwork. The main reason as found out by McShane and Von Glinow (2015), is that the loss of focus from the actual goal that needs to be achieved.  Further, lack of communication also signifies less managerial involvement that might also be a hindering factor for effective teamwork within an organisational context like as in  organisation of Capco.  Even though proper communication and leadership approaches are found in Capco, inability to focus on the above-mentioned factors might lead to non-performance of different teams within the organisation.

4.3  Evaluate the impact of technology on team functioning within CAPCO:

ICT or Information and Communication Technology have brought revolution in teamwork in the organisation. Belbin has identified 8 roles of team members. Earlier, it looks impossible for all the team members to perform the roles effectively. However, the advent of technology has made it possible for even a single person to play all the roles at once. Maruping and Magni (2015) remarked communication as the most important factor for effective teamwork. Earlier, it was impossible to maintain effective communication without being at the same place. However, the IC technologies like email and instant messaging apps have made it possible to maintain effective communication even within a virtual environment. Bertolottiet al. (2015) found the mobile technology as the most effective factor that contributes to team functioning. The development of mobile technology, especially the discovery of smart phones has made it possible to maintain effective communication as well as to improve planning procedures. Smartphones have apps including the calendar, spreadsheets and other native apps that help in organizing and planning activities. Team members can share with each other to be on the same track. Further, as opined by Zhang et al. (2015), mobile technology has also the power to change the way things are done within an organisation. A leader can make orders from miles away from office whereas the team members can use the mobile technology to follow the orders properly.

Cvikoet al. (2015) remarked that the internet has made all the mobile technologies and ICT technologies to work well. With the help of 3G, 4G data cards with the help of personal digital assistance devices, Laptops and Smartphone’s, communication, planning procedures, dealing with issues and collaborating has become easy. Thus, it can be said that technology has a bigger impact on team functioning in each and every organisation whether small or large, enterprise or multinational. Capco as an international organisation can also use this technology for improving their team functioning to the high extent.

Unit 3 organisational behaviour assignment is provided by the industry's top most business planner. Locus Assignment Help in UK posting free units solutions so scholars can explore assignment help and get review the quality of our work.