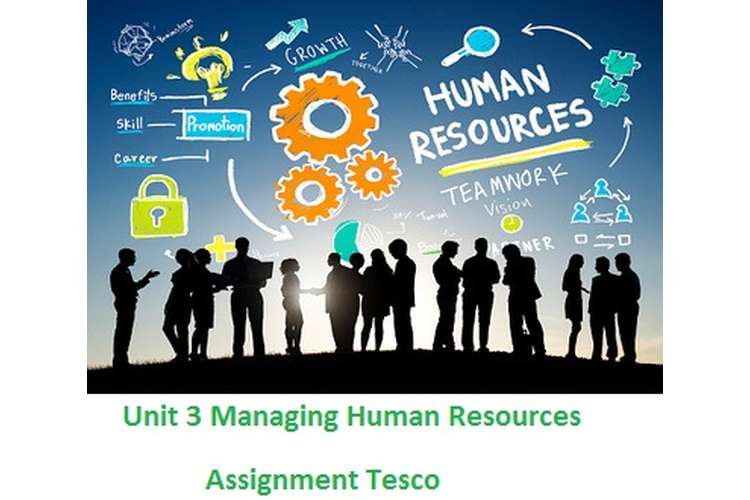 Managing human resource in any organisation is considered to be one of the importance aspects. Human resource management is all about proper supervision of the total workforce in an organisation and it mainly concentrates on proper selection of the manpower, followed by their training, assessing, proper compensation, rewards etc. Under this Unit 3 Managing Human Resources Assignment – Tesco, I have discussed about the importance of guest model of HRM and how the six principles of David guest is being implemented in today’s organisations like Tesco.  Moreover I have also depicted the difference between storeys definition between hard HRM and soft HRM followed by the comparison between human resource management and Industrial relations.  I have also discussed the importance of line managers in organisations, the importance of discrimination and their effect on the people. 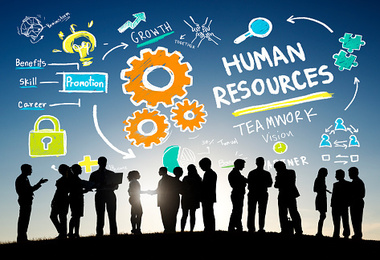 1.1. Explain Guest’s model of HRM as applied to the organisation of your choice. 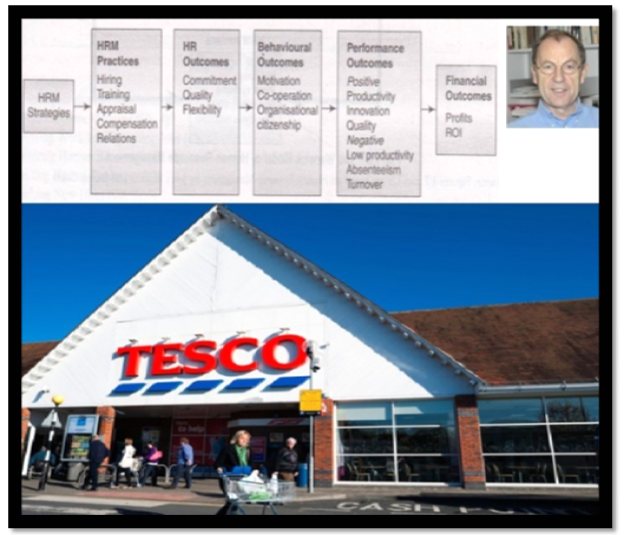 Tesco is considered as the largest supermarket which provides multiple shopping aspects. It being a multi brand super market tends to follow certain models which are important for the success of the organisation. ( Galinsky, Sakai, Wigton, 2011).

Tesco has applied certain important characteristics which are as follows:

(1.2) Using an organisation of your choice, compare the differences between Storey’s definitions of HRM, personnel and IR practices.

According to John Storey, he readily depicted four various elements and aspects of Human resource management which is:

Further it mainly depicted on two types of model which are: hard HRM and Soft HRM

(1.3) Assess the implications for line managers and employees of developing a strategic approach to HRM for any organisation of your choice. 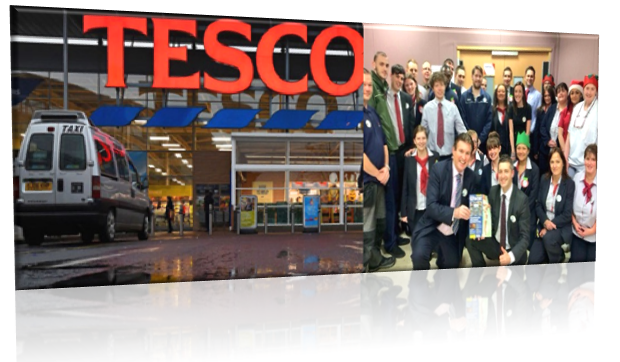 The line managers are considered to be the most important person who helps an employee in every aspect as well as the organisation to grow. At Tesco, the role of line manager is numerous.

2.1 Explain how a model of flexibility might be applied in your organisation.

Flexibility is the ability to adapt to a certain environment quickly while protecting the interest of the employees in an organisation. Bucki and Pesquex in 2000 defined flexibility as the capacity to differ as per the requirements, therefore reflecting the capacity to be operational whenever condition changes. At Tesco, being a multi brand, it always maintains it work flexibility. ( Galinsky, Sakai, Wigton, 2011).

In this context there are namely four types of flexibility:

(2.2) Discuss the types of flexibility which may be developed by your organisation. 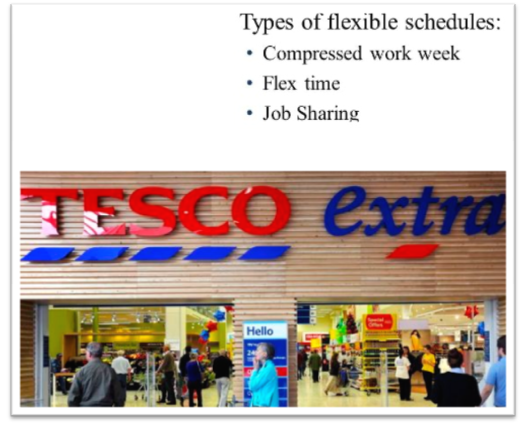 Flexibility at workplace enables the employees to work more freely and thus giving there more efforts and efficiency.       Tesco, being a big brand it adopts certain methods:

There are different types of flexibility which are being adopted at Tesco namely,

(2.3) Assess the use of flexible working practices from both the employee and the employer perspective.

It is very important to critically analyse the practices which are important for the employees and employers or work efficiently. At Tesco, being a multi super market it always pays towards using such practises which will help its employees to gain a proper and better prospective in a workplace. 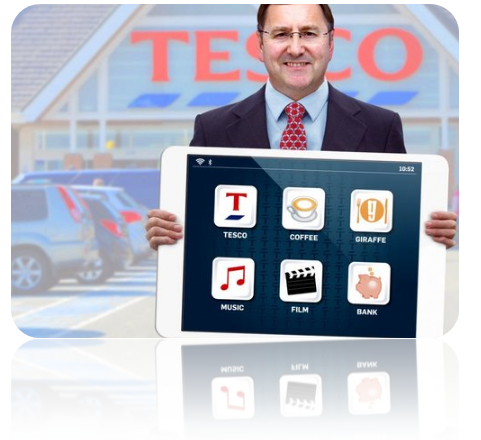 Diversification is another aspect which is to being brought in knowledge at Tesco. At Tesco, there are diversified employees which different cultures, so it is the responsibility of the authority to properly see that all the employees coming from different cultures are being properly adhered and reached out. Providing training: it is one of the main aspects of any kind of organisation. But super market like Tesco, it always takes into account the importance of training.   It is the duty of the authority to properly look into the employee’s performance and thereby providing training to the employees who are lacking.

(2.4) Discuss the impact that changes in the labour market have had on flexible working practices

Labour market refers to the place of interaction between the labour and the employees. It is the labour market which readily functions the forces of demand and supply. At Tesco, the labour market plays a very important role. In the past few decades, there has been a recent few new changes in the labour market, which has enabled the people as well as organisations to get good skilled labours. The first and foremost being the depicting a high amount of loyalty among them.  The reason being the high amount of flexibility in the number of hours worked due to such balanced work schedule, the workers who are working can readily maintain their family life as well. Tesco always makes it sure, that the employees morale is being uplifted for this reason, each worker is being given extra lunch hours, extra privileges like tickets, parking tickets, free lunches etc.( Hendry, 2012).

But this kind of work hour flexibility was not found in Tesco earlier which created a whole lot of problem and chaos, later after much speculation a flexi time was being assigned and scheduled. .after the proper initiative of such flexibility it helped the employers as well as the employers to work at ease. Recently, Tesco, in giving a very fierce competition to it brands like Asda , Sainsbury ,Waitrose etc . It has initiated a new scheme, where the employees will be benefited from happy sleep time, which allows the workers to take some rest for 12 – 2 hours daily. Moreover, in 2014, Tesco announced vacation for each employee from Tesco, basis of their performance al this helped in depicted healthy competition among all. .( George 2016).

Discrimination are the differences which are being made in a workplace on the basis of their race, religion, language, sex, gender etc. in my organisation a small grocery shop there has been lots of discrimination based on :

3.2 Discuss the practical implications of equal opportunities legislation for an organisation. 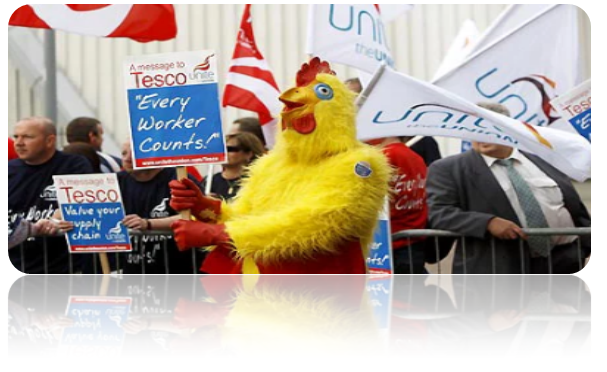 In the United Kingdom, there is a lot of discrimination which takes place almost all the year round.  There should exist equal opportunity of work in the workplace , not there shouldn’t exist any discrimination based on religion , colour , race , ethnicity , gender etc . (guardian.com , (2016)

There are certain analyses which are taken into account while depicting the equal opportunities at TESCO, Tesco being a multi brand is always well known for providing good working environment for its employees: .( George 2016).

4.1 Select an organisation you work or have worked for, identify and compare the performance management methods used.

The organisation which is being chosen by me, in this context is Coco – cola. Coco – cola being one of the biggest beverage companies is well known for its way of managing their employees and for adopting certain ways to improve the performance of their employees.

At coco – cola they use a certain parameters to measure the performance of the employees they are : 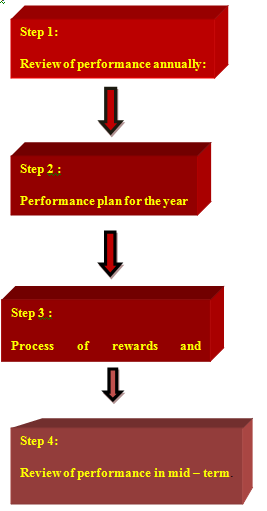 Under such process there are 4 main stages or steps they are:

2. Performance plan for the year: at Coco – cola this is done by setting up the key responsibility areas of each employee and thereby it concludes on the improvement plan.
3. Rewards: without proper compensation employees cannot work properly, at coco – cola, it is made sure that all the employees are paid adequately as per their performance. There by recognising each employee and awarding them respectively in the form of bonus, promotion, Perks etc.
4. Measuring the performance on a monthly basis:  after which it is important to measure such performance on a monthly basis so that it is possible to review if there doesn’t exist any kind of discrepancies.

(4.2) Assess the approaches used to managing employee welfare in your organisation 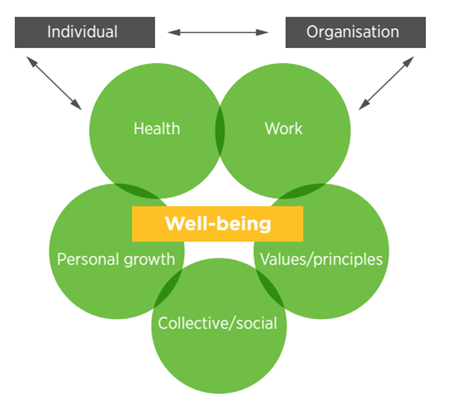 Employees are the most rich and important asset for any organisation, so it is the duty of every organisation in safeguarding their interest.

Proper compensation and rewards: work and compensation goes side by side. If an employee is not being properly rewarded as per their performance it will affect the employees morale and they won’t be able to give their best.

(4.3) Discuss the implications of health and safety legislation on human resources practices

In United Kingdom , it is very important to take proper precaution in safeguarding the interest of the employees, the government in 2010 , had launched a national well – being programme in order to measure the quality of the people’s lives . In this context the National Institute for Health and Clinical Excellence has given some provision for supporting the well – being of the people .

(4.4) Evaluate the impact of another topical issue on human resources practices

In the United Kingdom, there has been a widespread of many issues which directly affect the employee in an organisation. The most widespread in today’s world is the racism and the discrimination which are being made. The discrimination it is seen that in the United Kingdom, most of the people are being discriminated based on their colour, race, gender etc. In 2015, BBC has depicted one such scenario where a black African was being denied from her job because of the race factor. Later the woman had to sue the organisation for which she had won the case.

Another aspect is the age: age is something which we all know is increasing, but this cannot be a reason for replacing an employee in an organisation. In many organisations, the people above the age of 55 are being provided with voluntary retirement system. The logic behind it, they can hire more fresh talents and the young people with their expertise and new innovative thing can readily come up with. So this age factor is definitely a widespread one. Firing an employee at will: these days employers recruit and fire people just with a flash of a second. So it is a huge issue which is being taken practised nowadays. ( Buller, McEvoy, 2012)

Human resource management is all about managing the total work force management. It includes training session, performance management, in this Unit 3 Managing Human Resources Assignment Tesco i have learnt about the importance of David guest model in the multi brand supermarket Tesco. Moreover I have also learn about John Storey’s model on soft hrm and hard hrm and , the difference . I have also learnt about the importance of line managers, their main role in a organisation like Tesco. Further I have learnt the importance of discrimination in certain organisations and how did it affect the employees respectively. Lastly I have also mentioned about the issues which takes place in this current year and ways they can be eradicated.

Under this Unit 3 Managing Human Resources Assignment Tesco, discussed about the importance of guest model of HRM and how the six principles of David guest is being implemented in today’s organisations like Tesco, We are posting Locus units solutions so scholars can explore the our Assignment Help in UK and get review the quality of our work.