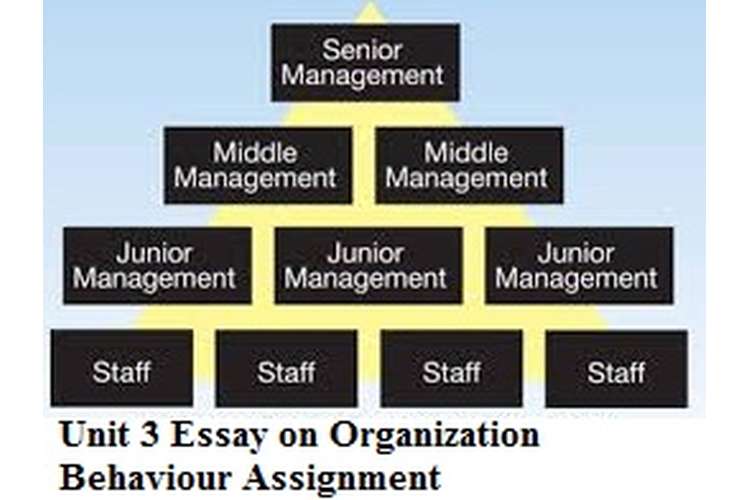 Established in 1998 in Belgium, relatively with 3,000 employees in its 20 offices across the globe, CAPCO is a leading financial consulting firm operating under FIS ownership. 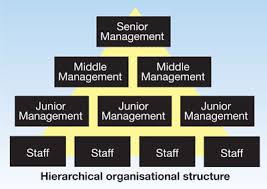 One can describe organizational structure as an arrangement specifying the organizational pyramid of authority, command and control in a company like CAPCO. Moreover, the structure of CAPCO assists in identifying the different jobs within the workplace thereby, establishing the designation of roles and coordination for maintaining information flow amid the various management levels for attaining the company’s business goals. The culture of an organization can be described as values, ideologies and beliefs that eventually CAPCO maintains and one can easily see them been practiced in the working atmosphere, interaction and subsequent business aspirations. (Isern, Sánchez and Moreno, 2011)

Organization Culture of CAPCO and BMI: One can see that the key focus of CAPCO’s organisational culture is to content its customers with maximum satisfaction against the faith they have on the brand and the money they invest in buying the financial products. In addition to customer satisfaction, CAPCO also aims of giving value to the employees through equal opportunities and fair practices at work and by propagating mutual respect for co-workers. It has been observed that BMI’s culture in comparison to that of CAPCO eventually focuses on its employees and their welfare. BMI believes in recognizing and rewarding the employees’ contributions in the growth and success of the hospital. Employees happiness is also key value that BMI takes to heart and has hence, generated a working atmosphere for attracting, motivating and retaining the employees. BMI also encourages the employees in taking risks. The reflection of the culture practiced at BMI can often be seen in its  decision making , which eventually are made in teams. Furthermore, the key focus of BMI is on furnishing disparity, evolution, training and learning to the employees. (Naranjo-Valencia, Jiménez-Jiménez and Sanz-Valle, 2011)

1.2 Explain how the relationship between CAPCO’s structure and culture can impact on the performance of the business

Furthermore, CAPCO’s structure and culture often gives assistance to the uppermost management to establish an adequate flow of communication thereby, allowing the employees to clearly understand their individual job roles and responsibilities and restore a transparent communication amid management-employees.

The employees’ behaviour at work is influenced by numerous factors and the impact of it can be seen on their individual performances and productivity either positively or negatively. CAPCO’s workplace culture backs alacrity, resilience and a comprehensive working atmosphere further influencing employees’ behaviour and empowering them to grow. (MSG, 2016) 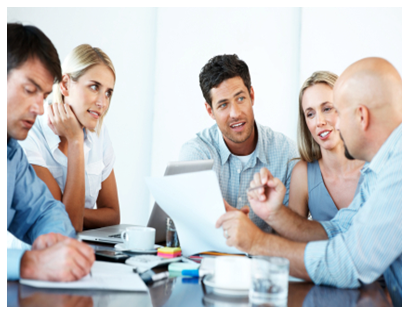 Mentioned below are the factors:

2.1   Compare the effectiveness of the different leaderships at CAPCO and any other organisation of your choice 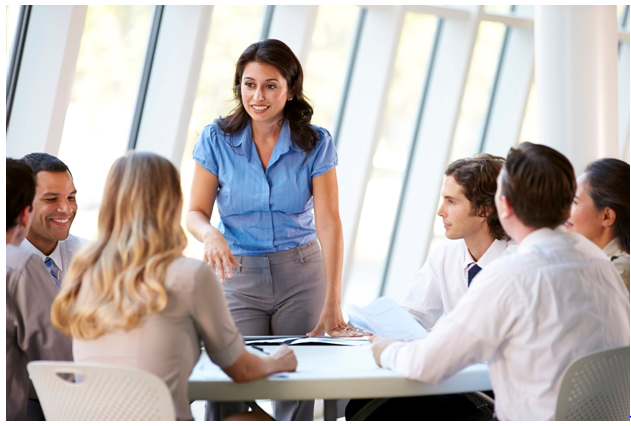 The term leadership can be described as an art to lead others for purposely creating a result which otherwise would not have materialized. Leadership style that a manager adopts further has a role in influencing and shaping the behaviour of employees at work. The perception of an employee towards the leader who can also be the manager might be positive or negative that is highly dependent on their relations with the manager. (Germano, 2010)

Various theories have been assessed by the researchers further clarifying an organization’s dynamics such as how the business decisions are made, how power is distributed and controlled, how are conflicts are resolved, how it promotes or confronts a change within the organization. The researchers have named these theories as organizational theories. (Feldman and Orlikowski, 2011)

Organizational theories are utilized for providing a centralized focus on the impact of the characteristics and actions of an employee on organization, its overall performance, success and durability and impact of the environmental effects.

The process of management depends on organizational theories as it eventually focuses on studying the structures, designs, patterns and relationships for coping with change and further attaining its purpose. Organizational theory plays a crucial role to underpin CPACO’s practice of management. (Feldman and Orlikowski, 2011)

Different approaches to the management used by CAPCO and BMI Healthcare:

3.1   Discuss the impact that different leadership styles may have on motivation within period of change

One can relatively link the motivation of an employee with the leader and his/her leadership styles practiced at workplace. CAPCO is aiming of applying the technique of rotating of staff thereby, allowing the employees to expand the skills and be ready for confidently executing a role while in crisis.

To make the situation easier for the employees to readily accept the change with motivation CAPCO can use:

It can be concluded that the application of Herzberg’s motivational theory is comparatively useful than Maslow’s theory at BMI as hygiene factors are intact at BMI with no need of any reinforcement so the healthcare centre should focus on bolstering the motivator factors further influencing employees motivation. (Accel, 2016)

3.3   Explain the necessity of managers to understand and apply motivation theories within the workplace

The theories of motivation are a theoretical structure stimulating a person’s behaviour further driving them in attaining a preset target through intensifying their productivity. Motivational theories like Herzberg two-factor theory accentuate on motivator and hygiene factors. Motivators play a symbolic role in the stimulation of custmor satisfaction through improvement, growth, responsibility and recognition however, one cannot see much influence of hygiene factors like salary, promotion, administration, working condition and working relationships on employee motivation but its non-existence leads to dissatisfaction amid them. Another theory named Instinct theory of motivation identifies with a person’s behaviour through his/her inherited biological impulse that is governed by intuitions that keeps a person motivated further driving towards goals

Managers must evolve and possess their learning about motivational theories and its application at workplace for developing the performances of employees. It is essential that they understand that by using motivational theories in practical they not only can keep the employees motivated and encourage them to upgrade their skills but also simultaneously can instil commitment within them. Employee motivation comprises of various factors that are important for a  developing manager  to identify and exercise them at workplace. In a situation of brining an organizational change within workplace to meet the market demands and competition, it is the manager’s responsibility in keeping the employees morale high by gaining their trust. Motivated employees are more productive in business growth and accepting the uncertain challenges. 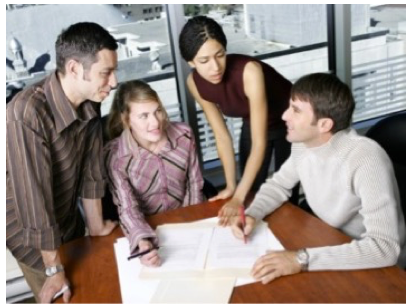 At CAPCO, management creates different types of groups for deriving specified outcomes. Members within the team enter into a mutual agreement and dependent on each other for reaching a desirable outcome and driving the company towards its predefined goals. Groups within CAPCO are formed based on its objective. The first type is formal group, which the management forms with an aim of achieving the goals and the team members are allocated with designated and rooted tasks. Formal group can be divided into command and interest group where members of the command group report precisely to the manager while members of the interest group work together to attain a particular objective. (Herzberg, Mausner and Snyderman, 2011)

The second type is informal group and is formed over friendships, common habits, hobby or interest. It can be divided into task group where the members come together for accomplishing a job whereas the members of friendship group have similar interests’ and familiar attributes

Group behavior, which is an influential factor in identifying the effectiveness of a group, can eventually be related with Belbin’s team role. 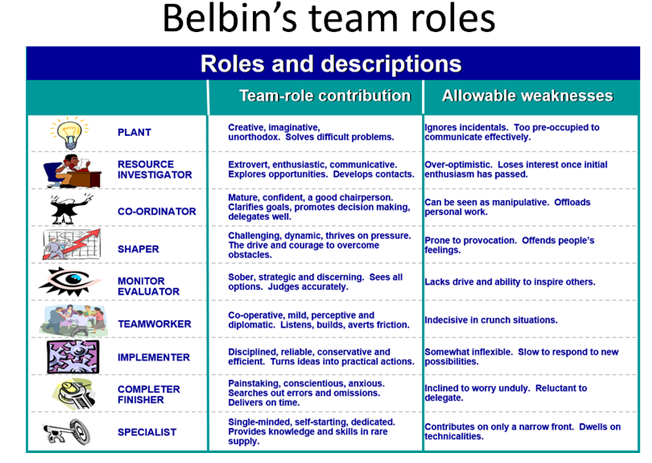 Having a flat organizational structure, the employees of CAPCO operates in teams. Teamwork is also one of the essential features of its culture, as it believes in developing a collaborative working for gaining more profits. CAPCO’s employees are divided and subdivided into various groups with a manager heading each team. They are assigned specific projects and are expected to work in a cooperative way. Management interprets the long-term objectives to the employees for them to work accordingly and produce desirable results. (Wolski, 2016)

Team members respect and help each other for successful completion of the task. Each member’s roles and responsibilities are cleared for preventing confusions. Use of internet and advanced technology has made communication easier within the office premises or outdoor locations allowing anyone approachable anywhere, at anytime. In spite of working in teams, the opinions of each employee are respected. In certain cases, these suggestions are also put to use which elevates the employees’ self-esteem. Each team has its own target to achieve and all the members collectively work towards achieving that particular goal. All these factors enable proper team functioning within the organization. Employees are also provided with incentives and teams that have shown high productivities are rewarded. However, when so many people operate in groups there are always chances of conflicts among the employees as well as between the employers and the employees. (Wolski, 2016) 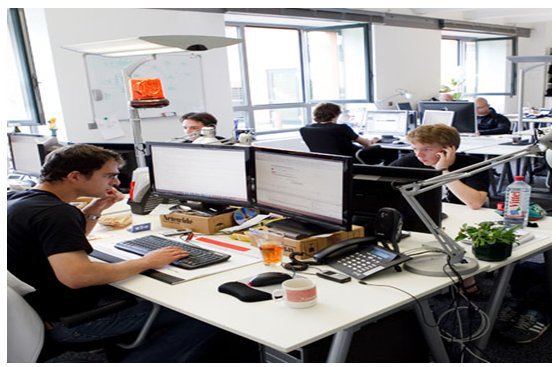 Employees at CAPCO are highly benefitted from the use of advanced technological services within the workplace. With the involvement of technology, CAPCO has significantly increased its profit margin by reaching more number of customers and attracting them to remain competitive in the market. The operations at CAPCO are mostly dependent on technology, customers can buy financial products and services without physically visiting the office. The financial experts interact with the customers over phones, Skype or mails for understanding their needs and fulfill it accordingly without any hassles of getting involved into too much of paperwork. Use of advanced technology has empowered CAPCO in reducing its staff capacity and preparing an employee in executing multiple roles thereby, increasing job  customer satisfaction  through communication. Technology has made it easier for the employees to remain in touch while at work or in a holiday. (HNC, 2016)

The study of organisation behaviour comprises of numerous facets whose impact one can see in the overall productiveness of CAPCO. For developing a better understanding discussion have been made on the organisational culture and structure of CAPCO and BMI Healthcare Centre. Throughout this report, emphasis has been made on CAPCO’s various aspects. Discussion have been made on how employee motivation have an important role to play in the growth of CAPCO’s performance, why there is a need to identify teamwork and group behaviour for building analytical process within CAPCO.