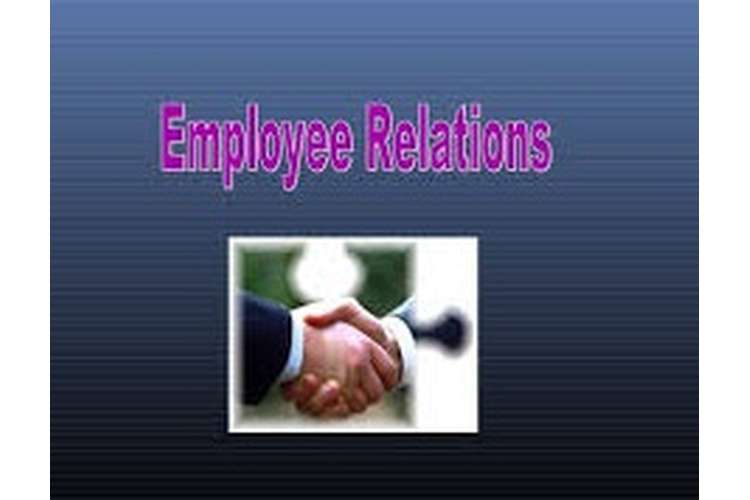 Employee relations  can be defined as an underlying philosophy which focuses more towards necessary attitudes and skill-sets from employee, their relationship with employer. Employee relations should not be confused with any specific management function or any well-defined activity. Although there are several activities which take place as part of employee relations (ER), however ER is more of a concept which guides these activities and underlying principles of managing relationship between an organisation and people associated with it. There is no doubt about the fact that happy employees in an organisation are key to achieving maximum productivity, organisations which are successful in present business environment are the one who know about maintaining and managing relations to build lasting employee satisfaction. Hence in brief employee relations can be defined as management of employee-employer relationships (Blyton & Turnbull, 2004). It has been observed that organisations use the term ‘employee relations’ to describe its efforts in order to prevent and resolve issues and conflicts which arise from variety of situations at workplace. Ultimate goal of employee relations is to increase employee satisfaction and maintain good morale among the employees and workers. Satisfied workers/employees mean job satisfaction, more productivity and ultimately more revenue for the business. Purpose of this task is to understand concept of employee relations and various aspects associated with it. For better understanding of theoretical knowledge and its application in real world scenario example of British Airways has been taken. 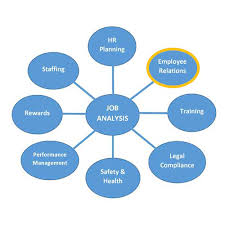 Task 1: Understand the context of employee relations against a changing background

1.1 Explain the unitary and pluralistic frames of reference

In context to employee relations two distinct and important approaches in management of relations with employee-employer relationship are unitary and pluralistic approaches. Unitary perspective can be defined as an approach is applicable to organisations which follow a single authority structure, are inclined towards conflict suppression at the work place rather than resolving it proactively, unitary perspective advocates authoritarian and coercive style of management. Lastly in this approach importance is given to loyalty and common values of the employees towards organisation.

Unlike, unitarism approach, pluralistic approach advocates distribution of power and authority, rather than concentrating with one particular individual, that is why organisation display a pluralistic authority structure in this approach. Also, rather than looking ways to suppress a conflict situation it follows conflict management methods to resolve conflicts. Pluralistic approach recognises employee bodies such as trade unions (Matlay, 1999, pp.285-295).

1.2 Assess how changes in trade unionism have affected employee relations

Trade unions are official bodies which are formed by employees of an organisation to put their requests or concerns in front of the management. In a large organisation where there are thousands of workers working, it becomes difficult to hear each and every employee’s concerns. Hence, trade unions represent the collective interests of all the employees which are represented and negotiated (in situation of conflict) by their leaders with the management. The core purpose or reason behind existence or formation of trade unions can be credited to safeguard the interest of employees which might get exploited to intense focus of organisations in a capitalist economy, and in a situation of conflict between employees and their employers, it is always a better option to represent their point of argument through a common body such as trade union (Marchington & Parker, 1990). However, over a period of time due to emergence of service sector there has been steady decline in the concept of trade unionism. Also, there are few reasons due to which membership to trade unions has declined gradually since 1979. These reasons are mainly, focus by organisations on improving employee policies, explanations of business cycles, employee friendly legislations being implemented, and deteriorating support to the concept of union membership etc. However, there is no doubt in the fact that trade unionism initially during height of industrial revolution bought several changes in the way relationship between industry and its workers was managed. Due to that evolution, today organisation whether in manufacturing sector or service sectors are not just focused towards generating profit margin, but are also focused towards ensuring employee satisfaction, which is one major impact of trade unionism on the employee relations.

1.3 Explain the role of the main players in employee relations

Hence above players are three players who have major contribution towards ensuring that employee relations related policies are implemented properly.

Task 2: Understand the nature of industrial conflict and its resolution

2.1 Explain the procedures an organization should follow when dealing with different conflict situations

Before resolution of a conflict at the workplace, it is important to understand that there can be two types of conflicts, firstly informal conflict and secondly formal conflict.

Informal conflict can be defined as a minor clash or disagreement between two people. On other hand, formal conflict takes place when a claim is brought against the employer in the employment tribunal, or there are legal aspects involved in handling the conflict (Purcell, 1987).

In case of British Airways, it is important that it first identifies the type of conflict which occurred. Hence in formal conflicts, however it is also important to understand that formal conflict cannot be considered as same like any other informal conflict. Formal conflicts can include interdepartmental rivalries, disputes between managers and interpersonal tensions. However there are several procedures which can be used by BA for resolution of conflicts.

British Airways was entangled in one of the longest running formal conflict, which erupted in October’2009 and was resolved in 2011. This dispute took place as a result of BA’s decision related to reduction of cabin crew staff on long haul flights from 15 to 14, along with introduction of pay freeze for a period of two years from 2010 onwards. As a result, union of the BA staff mentioned this decision’s adverse impact on the staff and customer services. However this formal conflict was resolved amicable in 2011 by process of conciliation under which BA’s management agreed upon to restore the normal scenario of travel concession to staff and top-up payments to some sections of the lower paid employees (Michie et al,2000).

2.2 Explain the key features of employee relations in a selected conflict situation

If we consider example of industrial conflict which British Airways faced in 2009 described in above section, then following key features can be derived from the situation of conflict. Firstly effective communication  is one major feature of ensuring effective employee relations. Considering the situation where BA’s conflict with its employees dragged for more than 2 years, it can be said that without effective communication strategy between employee unions and BA’s management this issue could have been dragged further. Secondly, use of correct conflict resolution procedure is one key feature of employee relations. For example in a situation if BA would have used arbitration then it would have meant numerous legal implications for the employees, which would have further complicated the situation that is why, it used process of conciliation which helped both parties to reach to an amicable settlement. Third important key feature which can be derived is related to focus on ensuring the fact that employee interest are not impacted in negative manner, which means that despite of disagreement between BA and its employees, the ultimate aim was to ensure that employee’s demands are met in a way that it satisfy employees as well as doesn’t hurt BA organisational goals as well (Holt Larsen & Brewster, 2003, pp.228-244).

2.3 Effectiveness of procedures used in a selected conflict situation

Based on the above analysis of BA’s situation of industrial conflict it can be said that in order to resolve its standoff with employees it used procedure of conciliation. There is no doubt that conciliation proved to be an effective procedure for BA to resolves the situation, as it saved both the parties from any external intervention and legal aspects getting intertwined in the situation of conflict. Conciliation avoided involvement of any third party external to BA, which means that BA and its employees resolved their conflict with their own representatives which themselves were part of the company, hence making sure that least possible damage is done to company’s brand image which could have tarnished further due to involvement of a third party external to company. However, one important aspect of the process which needs to be highlighted is its slowness. It can be seen that process of conciliation took 2 years before a result was arrived (Nikandrou et al,2000, pp.334-355). Hence, in terms of time consumed for resolving the issue reconciliation might not be considered to be one of the effective procedures, especially in conflict situations where conflict can result into complete disruption of the business. That is why it is important for organisations to select their conflict resolution procedure with great care and analysis.

3.1 Role of negotiation in collective bargaining

Collective bargaining is specifically and industrial relations method, which supports the process of negotiation, applicable to employee relations. Collective bargaining is the process where a body like trade unions focuses on the collective interests of the employees, and accordingly negotiates with the management of the organisations. For example cabin crew of British Airways negotiating for salary hike individually with the management might not result into a positive outcome (Tansel & Gazîolu, 2014). However if employee union which represents the cabin crew and other staff members take route of negotiation with the management then it might have major impact on the organisation. In order to facilitate this process, use of collective bargaining can be done where salary hike of all the cabin crew is put forward rather than one single staff.

However it is important to ensure that before entering into a negotiation, there has to be certain level of pre-negotiation preparations. That is why, a party which wishes to arrive at a satisfactory conclusion or arrangement through collective bargaining should first identify the objectives of the exercise. Some of the objectives which are common to the employers like BA are the following:

Hence managers who are part of the collective bargaining process should be consulted in order to determine business objectives; their priorities should be solicited, and they should be aware of the company’s view in regard to objectives so that they could be tested against the manager’s view.
Hence collective interest of the employees gets more importance as compared to individual interests. However, in the process of collective bargaining and negotiation it is important that the interests of the employees are put forward by a leader or representative in order to create more clarity of communication.

3.2 Assessment of the impact of negotiation strategy for a given situation

In case of BritishAirways it can be said that process of conciliation as a negotiation strategy had positive as well as negative impact on British Airways as well its employees. For example, process of conciliation took 2 years for BA to complete due to which there was significant level of negativity about BA was spread in the market as an employer. Also, during this time frame morale of employees was low due to the uncertainty which might have impacted on their productivity as well (Raju, 2013).

However, positive impact of negotiation strategy can be mentioned as its capability to avoid legal hassles for any of the party involved in the dispute. In case of arbitration there might have been involvement of legal angles to the resolution of the issue which might not be beneficial from long term perspective. Also, process of conciliation enables personal interaction of BA’s management and the employees which at times might reveal other issues as well based on which BA can take corrective actions to resolve the issue. Conciliation process is also important in helping the lower level of employees to get an opportunity to interact directly with the top management of the organisation and put forward their concerns and issues, which might not have been possible in a situation of arbitration.