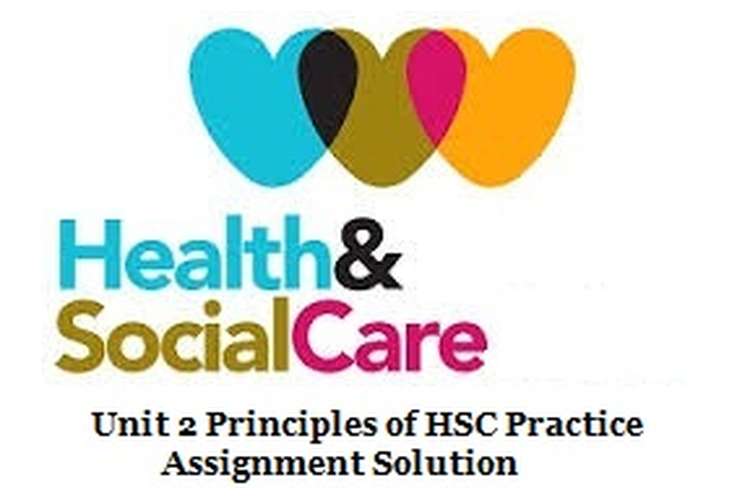 This principles of HSC practice assignment comprises of a case study of the ABC Care home where the vulnerable people are admitted and being taken care by the care home authorities. There have been recently a lot of complaints that have been encountered and the CQC has already questioned the management of the Care home on the response, service and the level of care they are providing to the patients or the people staying in their care home.  As a new Manager being appointed at the Care Home, all the 4 tasks have to be answered. Task 1 would deal with the principles of support, ethical dilemmas, conflicts, procedures that could be adopted and benefits of a person centric approach in the care home. Task 2 will be analysing the importance of the legislations, policies, regulations and code of practice. Task 3 would be discussing on theories, social processes and effectiveness of inter-professional working. Finally Task 4 would comprise of the discussion on the roles, responsibilities, accountabilities and duties of Manager in Care home, contribution in the development and implementation of organizational policies and recommendations that could be given to the care home for making improvisations with respect to the objections being raised by CQC. The tasks would guide us on the actions that could be taken on various specific cases and the policies implementation with care and support that could be obtained and evaluated with time.

This task will help in laying a lot of stress on the importance of the policies, regulations, rules and legislations that exist in the field of Care Homes. We will study on how these can help in making improvisations in the processes, practices and systems in order to make it best place to live by the service users.

2.1 Explain the implementation of policies, legislations, regulations and code of practice that are relevant to own work in ABC Care Home.

A care home that possess poor health and safety procedure will be experiencing negative impacts on the clients, organisation as well as on the societal level. In ABC Care Home, the impact of illness has been used which are ranged from little challenges to very big results. The impact includes pain as well as suffering, illness, and even the sad demise of someone. The majority of organisations face the challenging aspect of making certain that the staffs leads a healthy way of life ad that is no different in ABC Care Home also. So let us now briefly discuss the implementation of policies, legislations as well as regulations that are relevant to my work in ABC Care Home which are mentioned below,

2.2 Explain how policies and procedures can be developed in ABC care home in accordance with national policy requirements.

National policies are having a significant effect on the resourcing of ABC Care Home but they also showcase indicator of performances as well as evaluating the criteria. For instance, if one of the aspect to evaluate is that all the patients is required to have a ‘named nurse’, then this would impact the work arrangement, and in a basic level a patient is welcomed to ABC Care Home. In addition to this, when there are various indicators of performances that are assigned by national government concentrating on the measurement of the patients, which will also create certain amount of pressurised situation in discharging patients from ABC Care Home more rapidly than other times. ABC Care Home has developed procedures for directing their characteristics.
There may be the existence of particular procedures in regard to ABC Care Home, for instance, assessing the policies or arrangement of management. But although these procedures are considered to be local, it is not all the time possible for tracing their place of origination. They are at times not being recorded by the groups that assisted in their development. But, assessing their effect is very straightforward process for instance when the food storage facility of ABC Care Home is considered. A particular procedure might be developed in respect of health and safety measures for reducing the threat of the storage of food in areas of practice as well as the risk of poisoning of food. But if ABC Care Home is trying to motivate the elderly clients in preparing their personal food, this policy of welfare of health may clash with procedures regarding the choice of promotion.

2.3 Evaluate the impact of policy, legislation, regulation and code of practice on policies and practice of ABC care home.

The impact of policy, legislation, regulation and code of practice on policies and practices of ABC Care Home are mentioned below,

This task will discuss on the theories, social processes and effectiveness of the inter-professional working by the service users in the ABC Home Care and enabling it to become the best play to stay and work for becoming independent in all respects.

3.1 Explain the theories that underpin your work as care worker in ABC Care Home.

For maintaining a realistic sense on earth, the ego is accountable for the creation of parity amongst pleasure as well as pain. It is not possible for meeting every desire of the id and this is realised by ego but there is a continuation for seeking pleasure as well as gratification. As the ego cannot distinguish between right or wrong, there is an awareness of it that realises that every aspect cannot be satisfied at a single time. Therefore, ego functions on the principle of reality for providing assistance for the satisfaction of the demands of id and to compromise in regard to the truth.

The superego, which is developed approximately at age four or five, inculcates the societal moralities. Freud assumed that it is the superego that permits the mind in controlling the impulsive behaviour which is morally considered to be wrong. The consideration of superego is related to the principles of mind and the reason for which is its ability in distinguishing amongst the real scenario and what is considered to be right or wrong. In the absence of superego, individuals would behave aggressively as well as conduct unethical behaviours since the mind will not be able to differentiate right from wrong.

Piaget’s stages of development stated that there are four stages viz. sensory motor stage, pre-operational stage, concrete operational stage and formal operations stage. Let us briefly elucidate on each of these stages as mentioned below,

3.2 Analyse how social processes impact on your service users in ABC Care Home.

It is considered that apparent wisdom is a beneficial aspect for the combined working of the service users in ABC Care Home. Although, there is a very limited argument for supporting this aspect. The current aspect is the assessment of the two incorporated jointly based health and social care groups that were designed in ABC Care Home for meeting the requirements of the patients as well as their caregivers. There happens to be a ‘one stop shop’ method that is affecting the service delivery method. The social processes showcases that in basic stages of the method of asking for assistance as well as for getting evaluated in respect of a service would gave assisted in the improvement by communicating in a better way, acknowledging as well as exchanging information between various groups of service users. But, having said that, there is also instances where the integrating aspect that is observed in ABC Care Home is not adequate enough in terms of better development in having an effect on the clinical result in regard to the patients or the users of the services. It is showcased from the given situation that social processes can reach a considerable distance for producing alterations in results for the patients. When ABC Care Home has the need for getting a beneficial effect in regard to the users of the services then a very significant change in the structural process is required. The scenario of having organisational changes can get better when there is the proof that such kind of changes will yield productive results in regard to the social processes. But, in the present scenario, there is no proof this argument even though it is suggested that beneficial aspects could be approaching if there is more incorporation that can be actualised in regard to ABC Care Home. (Sica & Lohmeier, 2006).

3.3 Evaluate the effectiveness of inter-professional working for your service users in ABC Care Home.

ABC Care Home was experiencing a lot of problems and issues as per the CQC report. It becomes the duty, responsibility and accountability of the manager to find out the loopholes and address them on priority. It is important that the benchmarked and existing regulations and rules that are applicable to the industry. This would help in bringing changes in the processes and practices. The regulations, rules and legislations create a standard enabling the high quality implementation of the processes and practices. ABC care home should display the processes and practices on the notice board so that people remain aware and reminded of the actions they need to take in a specific regard. By the efficiency of the team and processes, ABC Care home could be made one of the best ever care homes of the location.