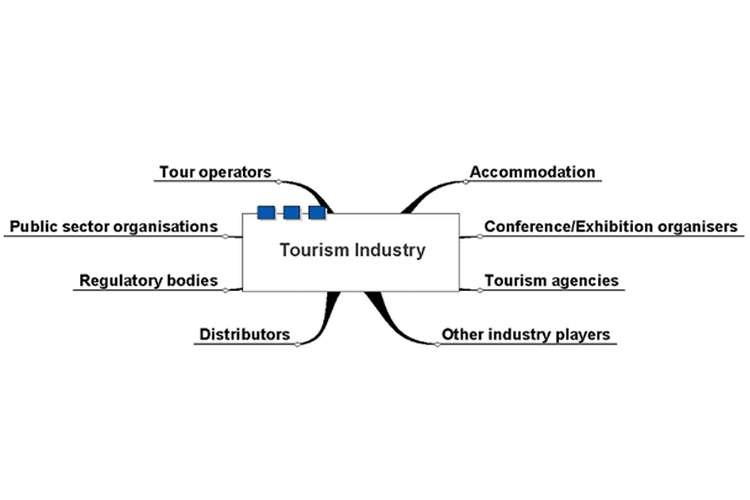 As known, travel and tourism is the fastest growing industry of the world and there is no doubt in the fact that travel and tourism helps very much in strengthen the economy of the country. According to Visit Britain, UK is the eight biggest tourist destinations of world in which London tower is the main attraction that attracts lots of visitors toward it. There are also many other industries that grow with the travel and tourism industry such as hospitality and food industry as the visitors come to the country and also enjoys the accommodation and food of the country. Many other factors and aspects related to UK will be discussed in the following report such as structure and development of tourism industry in UK, function of government etc. 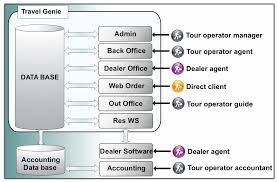 Task 1: Understanding the history and structure of the travel and tourism sector

P 1.2 Explain the structure of travel and tourism sector

Tourism is the world largest industry so the nature of this industry in complex. Following is the four types of organisation that form a structure of the tourism industry of UK:

Agencies delivering travel and tourism products and services: the tour operators and travel agencies come under this category as they offer the product of tourism to the clients by assembling the different packages of accommodations, transportation etc.

Task 4: Understand the impacts of tourism

The environment, social and economic factor affects a lot to the tourism sector of UK. These impacts could be negative or positive on the basis of the fact how the tourism industry reacts towards these factors. The negative and positive aspects of the economic, environmental and social impact are described below:

Besides this the local community could be benefited indirectly by the contribution given by tourist and use this contribution in the development of the infrastructure of the society such as school, college etc.

Negative effects of tourism on society: there is no doubt that tourism is giving a huge benefits to the society but tourism also put negative effect on the society as because of the tourism the gambling and prostitutions are increasing day by day as the people from other countries come here and increase the crime rate of city. Other than this, too much involvement of the tourist may wither the culture of the country. Hence, tourism affects very much to the society of the country (Brunt & Courtney, 2008).

Economic impact of tourism: It has been mentioned above that tourism affects the economy in various ways. The positive and negative effects are given below:

Positive effects of tourism on economy: the economy of the country includes the various factors such as employment rate, exchange rate, income of population, foreign exchange etc. Positive effects could be seen as:

Negative effects of tourism on economy: the negative effect of the tourism could be seen only on the employment rate factor of economy as the tourism is a seasonal activity that means the tourists come to the country only in a specific season. At that time there are huge job in the market for the local people but once the season is over then the companies terminate the employees to the next season. The cost of the products increased due to the tourism sector as the local people also has to pay same amount (King, 2009). This affects the financial conditions of thee local people.

Leakage is another negative impact on the economy of UK which is caused when the profit is earned by a foreign organisation instead of a domestic organisation because of the tourism activities.

Environmental impact of tourism: tourism activity also affects the environmental activities. The positive and negative aspect is given below:

The introduction of Ecotourism has helped in making the environment better as many organisations are now promoting ecotourism nowadays. Through international tourisms, UK is able to gather funds to organise the activities which could save the environment. Availability of more funds allow the government to spend more on the preservation of the wildlife and other natural resources

P 4.2 Explain strategies that can be used to minimize the negative impacts while maximizing the positive impacts.

Following are the strategies that can minimise the negative effects and maximise the positive effects on the society, environment and economy:

Strategies that minimise the negative effects and maximise the positive effects on the environment: to minimise the negative effect of the environment, the government need to formulate the policies and the strict rules for the society and the tourists and also may put some fine on the violation of these rules (Albalate & Bel 2010). Other than this the country could also take the action on the companies and factories that emits the harmful chemical as their waste. The government also make rules for the waste management and the wastage recycling. To maximise the positive effects, the government need to promote the concept of sustainable tourism among the society and natural attractions.

Strategies that minimise the negative effects and maximise the positive effects on the economy: to reduce the negative effects, the government of the country has put some regulation on the invasion of multinational companies so that the local tourism companies can generate the profit as the economy will be benefited if the local companies get profit by the tourists (Kingsley, 2014). To maximise the positive effects on economy, the tourism sector of the country such as natural attraction or heritage site should be promoted in the other countries so that they get to know about the natural sites.

Tourism is the activity that benefits the country economically, socially. The various aspects of the tourism such as structure of the travel and tourism, the function of government, government sponsored bodies and international agencies in travel and tourism, influence on local and national economic policy are discussed. Other than this, the factors that affect the tourist demand and supply of the tourism product is also discussed along with the local and the main positive and negative economic, environmental and social impacts of tourism.