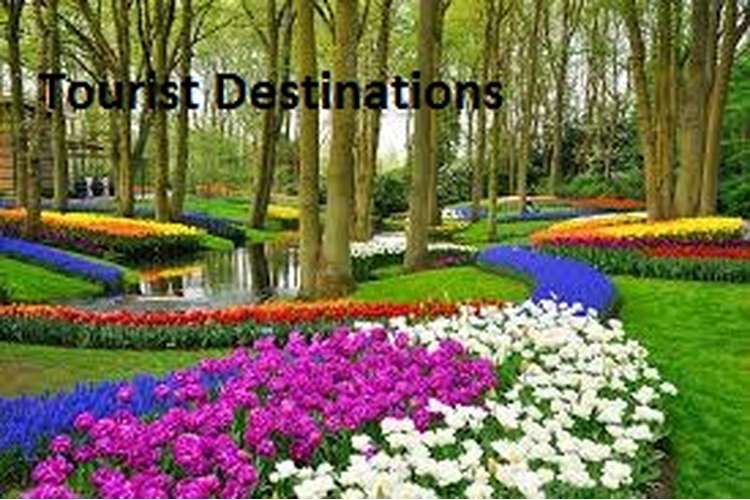 The study of Unit 9 Leading Tourist Destinations Assignment conducted here helps in providing a lot of information on the aspects of tourism. The top 5 tourist destinations and income generators of the world have been analysed and presented in the form of a text table. After this the statistical data has been analysed in order to analyse the future prediction forecasts and trends in world tourism.

The various appeals of developing and developed tourist destinations have been provided in the form of a table followed by a management report summary on the destination of Myanmar and how the characteristics of the place affect the appeal of the place. The various factors affecting the popularity of a place have been identified and the responsible tourism initiatives in countries like Jamaica, Cuba, Mexico, etc have also been provided. 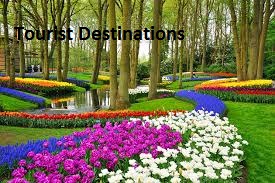 1.1 Analyse main tourist destinations and generators of the world in terms of visitor numbers and income generation. 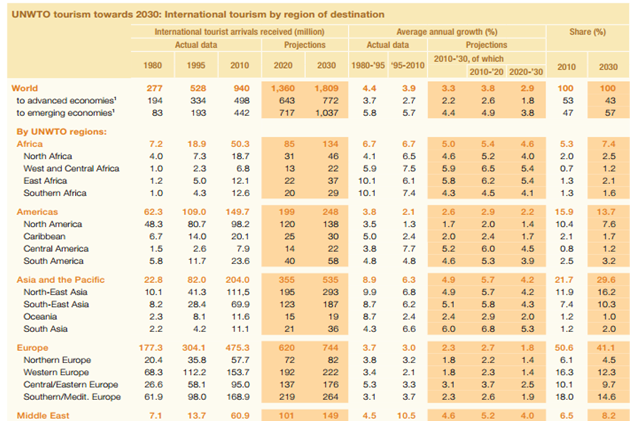 The future prediction for tourism destination trends has been done by taking into consideration the four major continents of Africa, America, Asia and Pacific, Europe. A small analysis on Middle East has also been provided in addition.

Asia and Pacific also has their future predictions carved out with regards to international tourist arrivals. North East Asia and South East Asia is forecasted for a growth of 195 million and 123 million respectively by the year 2020 and 293 million and 187 million by the year 2030 which again are massive numbers. Oceania has a comparatively diminished tourism opportunities with the forecast rising to as low as 15 million and 19 million in 2020 and 2030 respectively. South Asia also has a forecasted prediction of 21 million international visitors in 2020 and 36 million in 2030.

Europe is one of the most preferred locations for  travel tourism  and the future certainly indicates that. Overall Europe is expected to have a total arrival of international tourists or visitors of 620 million people in the year 2020 and 744 million by the year 2030. Western Europe is forecasted enormous figure prediction of 192 million and 222 million tourist arrivals in the year 2020 and 2030 respectively. Central and Eastern Europe exhibits predictions of 137 million and 176 million by 2020 and 2030. The highest and most surreal forecast is scheduled for Southern & Mediterranean Europe exhibiting figures of 219 million and 264 million international tourist arrivals. (UNWTO, 2016)

The Middle East is also scheduled for a growth with international tourist arrivals amounting to 101 million and 149 million tourists in 2020 and 2030 respectively.  Overall, Africa is scheduled to provide a total share of 7.4% to world tourism by 2030. America’s contribution will be 13.7% of world tourism by 2030. Asia is scheduled for a marked and huge improvement contributing to around 29.6% share of world tourism. The Middle East contributes fairly with the percentage share by 2030 scheduled to be 8.2 %. However, eve in 2030, Europe will continue being the most popular tourist attraction with a total share percentage of 41.1 % by the end of the year 2030.

2.1 Analyse the cultural, social and physical features of the tourist destinations explaining their appeal to tourists

The countries taken into consideration here is India and Nepal.

2.2 You will also create a text table where you compare features of developing and leading tourist destinations

3.2 Provide a management report where you evaluate how characteristics of a tourist destination affect its appeal.

4.1 Analyse issues that affect the popularity of tourist destination.

The issues that affect the popularity of tourist destination include the following.

4.2 Discuss the potential for responsible tourism to enhance the host community at worldwide tourist destinations.

This is how all these above countries have contributed to the concept of responsible tourism which is currently a very popular and widely accepted phenomenon all across the world. Responsible tourism not only conserves the present but also aims at securing the future with regards to tourism practices and procedures.

With the data and information that has been taken into consideration, the top 5 destinations in the world with regards to total international visitors are London, Bangkok, Paris, Dubai and Istanbul and in terms of international tourism receipts, the main countries are USA, China, Spain, France and the UK. The forecast for future prediction show how Europe even in the year 2020 and 2030 will have the most amounts of international tourists and also the highest percentage share of the world tourism industry exhibiting a share percentage of 41.1%.

We come to know how the Ministry of Hotels and Tourism in Myanmar along with the collaboration of the new government approaches have ensured that Myanmar tourism is booming. The various factors that can affect the popularity of a tourist destination have been discussed and the major factors include terrorism or the prevalence of it, physical and cultural diversity, etc. The Responsible tourism initiatives has also been analysed in detail of different countries.