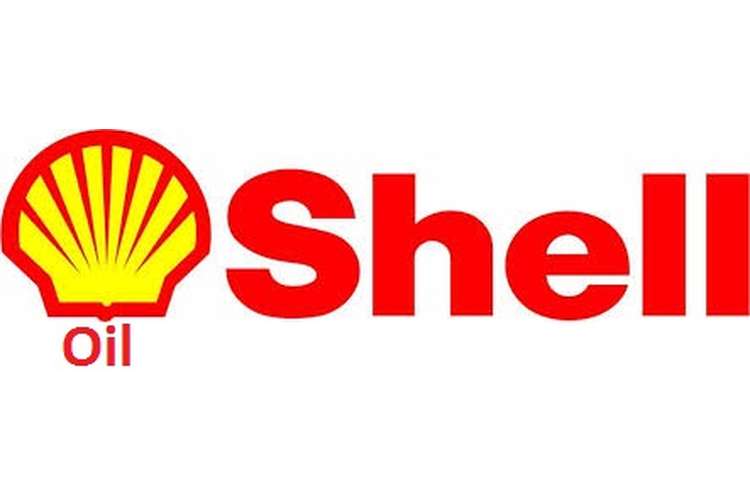 There have been organizations of various types in the business sector. It can be sole proprietorship, Partnership, private companies, or even public companies. All the companies are categorized in these forms of business. It is the owner’s choice to determine which form of business he should be adopted, and accordingly, the registration will be made with the relevant authorizes. The government is to be informed about the company, which is being formed in order to develop the same aspect regarding the nature of the company. What categorization is to be made, greatly depends upon its nature of operation.

Shell oil is one of the leading companies in the field of oil and exploration. The major reason for it to become one of the leading brands in this field is the fact that the company has a very good supply of oil across the globe. It is basically operated in the Asian countries and has got quite an impressive year since it has been operated. Shell oil exploration is basically a public company where the shares of the company are traded in the market. It does have certain stakeholders as well, the  specific needs  of whom are to be satisfied with the activities of the organization. The stakeholders of shell are as follows:

These activities even lead to global warming which has been one of the major concerns in for the UN. Global Warming is indeed increasing the normal temperature, which is obviously a bad sign for the people in the long run. The glaciers in the Atlantic are melting which is an adverse issue for the people living across the world. Shell has done its best to make sure that the company does not give rise to the greenhouse gases, the basic reason for the increase amount of global warming. To avoid this scenario, the company will have to make use of those equipment, which does not involve the use of greenhouse gases. Hence, it can be said that the company is doing its best to avoid the greenhouse gases to reduce the amount global warming which is affecting the world.

The European Government had filed a suit against Microsoft for the abuse of its dominant position in the industry. As we all know that, Microsoft has a monopoly of having the Microsoft office, which is one of the most prominent features, which is needed in almost all the organizations and for the students who needs to prepare reports or essays. It was reported against the Microsoft that it was actually blocking its competitors in the market by using anti-competitive skills. Novell, had reported the issue to the authorities which is one of the basic reasons for them to be considered as against the  business law . Microsoft, which had once entered the European market, did not let any other company introduce itself in the market, which has motivated the other companies to file a suit against it.  (EuropeanCommission, 2013)

Microsoft had actually entered in to an agreement with various computer-making companies that it will be using their software, in exchange of some royalty fees. They were licensed to use the software as established by Microsoft only, because of which many other software companies had gone against it. In the year 1994, the license practice of Microsoft ended, giving the positive result to those who had filed a suit against it. In the year 2008, EU had fined an additional cost to the Microsoft of US$ 1.44 billion for the failure to comply by the ruling as given in the year 2004, March. This competitiveness in Microsoft was obviously not a good aspect as it did not give rise to any form of competition. (SANS, 2011)

After being filed against a certain prospective of the company, it had become necessary for them to change and review their own competition policies. It had become necessary for them to do so. They were not letting any company to come in to the market with the products as offered by them. Though, they still have their monopoly in the form of Microsoft office, yet there were certain aspects in their policies, which were to be changed. This abuse was a much talked about issue in the whole world as it is a huge company and the products as launched by them are being used in daily lives of the people and the company.

After having the case solved, Microsoft had to make sure that they change their competition policy, as varieties of issues were being faced by the company in the European region. The competition of policy of Microsoft was to use its position in the best possible manner. But hardly did they know that, once they start using this position of theirs over excessively, it should be said that Microsoft has actually abused its position in the industry. They had to make certain alteration in their own policies so that other countries do not file a suit against them. “Microsoft had determined, that they might not follow their policy aggressively as it would be the same situation as it was in the case of European Commission.” (Brussels, 2013)

The major aspect of this whole scenario was not actually to change the policy of Microsoft. The controversy actually lied in the fact that the company was misusing it dominant position in the industry. They were actually dominating, but they started to abuse its position as well, which had given the rise to this suit against it. The EU commission after scrutinizing the whole scenario had come to this conclusion that the Microsoft was entitled to pay for a hefty amount of more that US$ 1 billion, as compensation to EU commission. Though the laws were changed in the year 1994, yet the company had to face certain consequences till the time it was not properly solved.

Not only the competition policy, Microsoft had to even make sure that their marketing policy is altered as well. The marketing policy of was not appropriate because of which it had become necessary for the management to discus its policy with the marketing department. The other thing, which is to be observed is the fact that the company will have to make certain provisions in order to make sure that this kind of situation does not arise in some other country. The EU commission had charged, Microsoft, with a huge amount of compensation giving rise to various important issues for the company in the long run.

The European Union (EU) is considered to be a supra-natural authoritative and regulatory framework body which initiates and introduces economic and political policy making for the 27 member countries which are a part of the European Union Commission. The political body was formed as a consequence of the Treat of European Union, more commonly known as the Maastricht Treaty, a successor to the previous European organizations which existed before 1993 (Encyclopedia of Management 2009). The initial number of members to EU was 15, however with time other nations joined in, including United Kingdom (UK) in order to make combined attempts at stabilizing the growth and control of Europe on its own cities as well as, across the globe.

Let us take up the following two EU introduced policies and study their impact on the UK business scenarios:

Introduction of the EU data protection policy in 2012: When the EU policy making board announced the introduction of the new EU data plan policy for businesses in UK, majority of the UK IT managers perceived this as a new form of increasing costs for businesses and reducing the profitability as a consequence (Ashford 2012), stats revealing around 59%. Almost 11% of the IT managers in UK felt that the costs would rather go down overall, around 23% considered that there would be no significant impact on the operation costs of businesses and around 7% did not know what impacts could it get along to their businesses. (Citron, 2014) 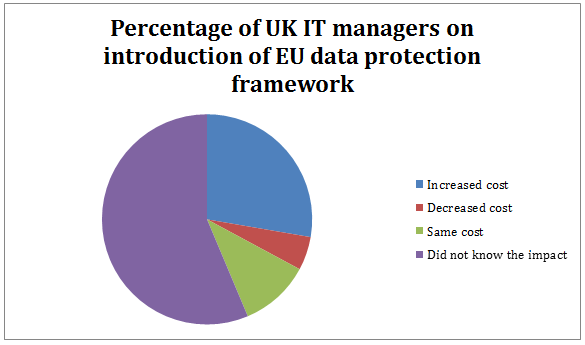 According to the policy of data protection framework pushed by EU, business organizations in the United Kingdom will be required to inform the concerned data fortification authorities and  analysis data  subjects within 24 hours of any cyber attack on the encrypted data of a business processes of any organization (Ashford 2012). Such a plan was made to cater to the needs of a stronger data protection plan for the businesses in UK, thereby aiming to improve the business and security processes, and at the same time guard the forces of data storage from cyber criminals. (Ashford, 2012)

However with the pros that the EU policy gets along onboard, a major concern remains in terms of the major cons which, come along with it. For instance, around 40% of the IT managers think that such strong data protection protocols with the governance of the EU policy will also lead along to public announcement of security weaknesses even prior to the individual data reviews by the UK organizations themselves (Ashford 2012). Another 36% of the target market which would be affected by such data policies by the EU feels that there would be uncalled for false security breached warning which would garner public negative attention and lead to un-peace of mind-frame of these IT managers in the UK business scenario. On the other hand, around 24% of the IT managers feel that the data protection policies are perfectly fine, and would assist the IT companies in catching data thieves. (KeyStone, 2011) 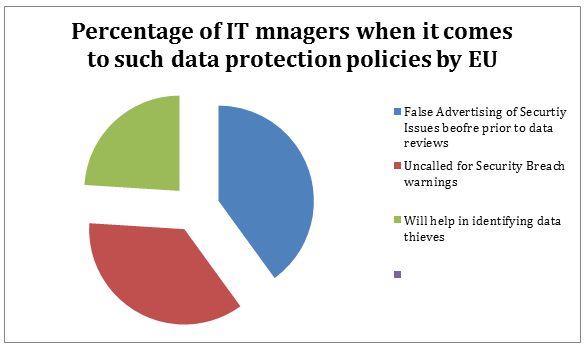 In order to conclude, it can be said that the business, which are operating its activities should be categorized. The major thing, which is to be observed in this form of scenario is the fact that, all the businesses, be it private or public company. The manufacturing unit like Shell Oil incorporation is also registered under the relevant authorities. From the above discussion, it can also be said, that the external factors in for the company also plays an important role in the actual sense.