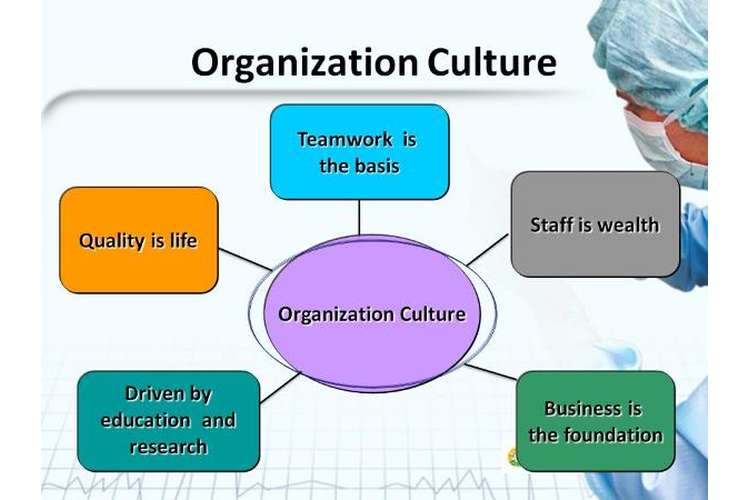 1.1 Compare and contrast the structure and culture of the organization.

Organizational structure refers to the norms, rules, policies formed by the company to achieve the objectives. Organizational Culture includes the value, behaviour and attitudes of the employees. Both of these are equally important for the success of the organization. Every organization has a different structures and culture depending upon the size, nature and scale of operations etc.

1.2 Relationship between an organisation’s structure and culture

For example- if an organization follows a strict hierarchy and the decision making authority is fixed/ allotted to the top management, then there will be lack of freedom and employee involvement and the culture will be less effective and rigid. But if the organization structure is decentralized which means the authority, responsibility and decision making power is shared with the employees at all levels, the culture will be more innovative, interesting, accountable and independent.

For example: If the president wants to assign the decision making authority to someone else, then that would be vice-president as per the structure of the organization. It shows that the vice-president has a direct line of authority after the president and now all the people will report to him, at that time he will possess the greatest power and authority (OC&OS. n.d.).

The organizational structure and culture has a vast impact on the performance level of the employees. If the organizational structure and culture is rigid or centralized, the performance of the employees will be average and normal not excellent because the rigid structure do not allow freedom and employees involvement in the business operation which de-motivates employees and they are not able to perform well. On the other hand, the decentralised structure allows the employees to communicate and participate in the business and decision making process which highly motivates them to perform better and stay loyal to the organization. Such employees show positive improvement, innovation and excellence in their assigned jobs.

1.3  Discuss the factors which influence the behavior of an individual at work focusing of personality, traits and   its usefulness in understanding self and others

Every individual has a distinctive personality due to which he responds differently to a situation as compared to others. The personality affects the behaviour of a person. In this task, we’ll discuss the OCEAN model of personality trait also known as Big Five Personality Test.

The HR manager uses the big five personality dimension to help the employees and influence their behaviour at the workplace. These 5 dimensions make the overall personality of an individual. These five traits are:

1. Openness: First dimension or area is openness. The person who is eager to learn new things and wants to have different experiences in life comes under the high scoring category in openness. It includes the qualities of being innovative, creative and imaginative.

2. Conscientiousness: People who have high degree of vigilance are more reliable as compared to the people who are easy going and unorganized. It includes various traits like being vigilant, organised and focused.

3. Extraversion: Refers to the people who are interactive and open with the other people. Such people are talkative, enthusiastic and energetic. These people are easy to work with and know how to behave and work within a team.

4. Agreeableness: This dimension includes the traits of being kind, affectionate and trustworthy. The people having this trait are more co-operative, friendly and kind.

5. Neuroticism: People having high degree of this trait could experience sadness, anxiety, mood swings, instable etc. These dimensions are associated with the emotional stability.

All these five dimensions constitute a complete personality of an individual and affect its behaviour at the workplace or anywhere. 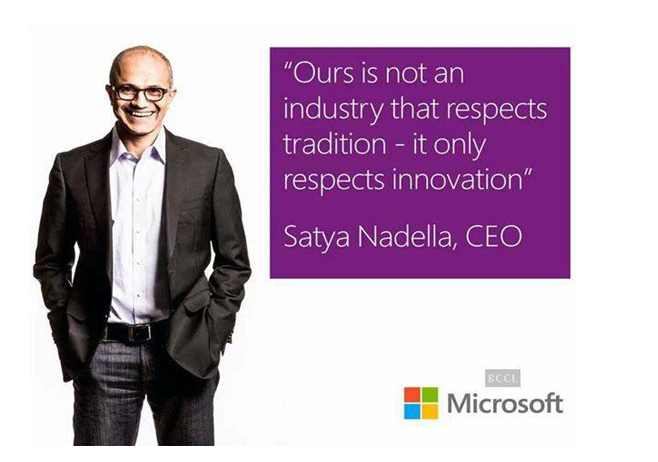 Autocratic Style:  It is also known as authoritarian/leader centred style; it clearly reflects that there is division between leaders and workers. The authority is centralized i.e., the decision is taken by the leader and employees are not involved in the decision making process.  This style assesses strict control on the employees and allots the work load to the employees. The employees has to follows the rules and order led by the leader. This style allows quick decision making and better results can be obtained in the time of crisis or emergency. The leaders following this leadership style are a bit traditional in their approach and displays less innovations and creativity. The employees feel disconnected with such kind of leader and do not stay in the organization in the long run.  Example: This style was followed by the ex CEO of Microsoft- Steve Ballmer.

Participative Leadership:  Also called collaborative leadership, this style is completely opposite of autocratic style. In this style, the decision making process is decentralized which means the employees are involved in the decision making. The leader allocates authority to his subordinates. Though he makes the final decision but the feedbacks, views, ideas of employees are considered before making the decision. It focuses on both the people and the work. This leadership style improves the relationship between the leader and the sub ordinate and improves the job satisfaction of the employees. It helps in reducing the labour turnover ratio and increases the decision quality. Example- Satya Nadella (CEO) - Microsoft follows this leadership style.

2.2 Explain how organizational theory underpins the practice of management.

Organizational theory and management theory is used in many aspects of a working business. Many people follow the theory to become better at their jobs or more successful in life. Organizational theory, if practically executed, can be very important as it can affect the overall performance of the organization. It studies the relation of various organizations with the environment they are operating in. Organizational structure, culture, leadership styles, approaches of management and motivational theories were developed long before but they are constantly evolving to help the managers to understand the business environment, and carry out the business activity to achieve the targets for the organization.

The management theory is a collection of different ideas, innovations and policies created to help the managers in carrying out the day to day activities. The hypothesis of administration helps managers to know and comprehend the objectives of the association; it helps them in arranging work keeping in mind the end goal to accomplish these objectives in the best and proficient way; it helps them to comprehend what propels individuals and it demonstrates to them ways best practices to do it (Currie & Goldin, 2012).

A manger has to play various roles within the organization. It means that the manager constantly switches to different roles as per the requirement.  Henry Mintzberg, a professor and management expert recognized these changes and categorised all the roles under three main categories:

This category has 3 roles played by the manager in order to provide different ideas and information:

Figurehead: The manager has various social, legal, motivational responsibilities. He is known as the inspiration for the employees and has high degree of authority.

Leader: He is the head of his team or department. The leader has to train, motivate, interact and encourage his team or subordinates.

Liaison: The manager has to maintain contacts with the internal and externalpeople. He must have the ability to create and maintain a network on behalf of the organization.

Monitor: He has the responsibility to monitor the performance, evaluate the training programs, and maintain a regular report, and personal contact with all the employees. He also has to ensure the well being of his team.

Spokesperson: The manger is also the spokesperson to the external sources or contacts. He has to transfer the information and goals to all the outside sources and conduct meetings and conferences.

Entrepreneur: The manager has to identify new ideas and innovations to start new projects and he has to improve the existing projects as well.

Disturbance handler: The manager has to resolve the issues and conflicts arise within the organization. He also has to identify the corrective actions or the solutions of the problems.

Negotiator: He participates in the debates and discussions to protect the business. He has to negotiate within the team or department of the organization (MAW Editor, 2015).

2.3 Evaluate the different approaches to management used by different organizations

Scientific Management Approach was developed by the theorist F. W. Taylor. According to him, the productivity can be maximises by simplifying the jobs. He also says that the manager and the workers must co operate with each other to accomplish the target easily and effectively. This was a very new concept as earlier the managers were not very involved with the workers. He also emphasises that salary must be according to the work done to encourage the hard workers and eliminate the lazy workers from the organization (Eyre, n.d.)

Classical Administration Approach was developed by Henry Fayol. His approach focuses on the human aspect of the employees. His main focus was to train the employees instead of individual efficiency. He developed 14 principles of management which defines the way an organization should operate. It states the importance of discipline, unity in direction, importance of one boss, benefits of team work, proper authority and responsibility, delegating of work to the subordinates and so on. He was more concerned towards the improvement in managerial practices to increase the efficiency of the employees 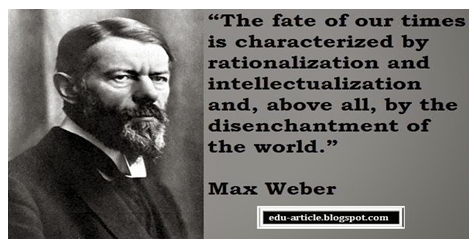 His theory explains that there must be proper rules and regulation to be followed by the organization. He emphasised on the importance of selection of workers on the basis of skills and qualification and the also work must be assigned according to the skills of the workers. The organizational structure must be formed in such a way that the communication flow can be very smooth from the top to lower management. Example- His approach is suitable for the government organizations. (Schiller, 2008).

Human Relation Approach was developed by Elton Mayo. As the name suggest the theory focuses on the human aspects. His theory says that if the manager takes care of the employees and co operates with them, then the employees will be highly motivated. When the manager shows concern towards his employees, he gains their loyalty and commitment. His work also defines the importance of team work and how it can be helpful in achieving the targets and objectives for the organization.

System Approach: This theory explains that in any organization, all the things are inter related dependent on each other. The importance was given towards the usefulness of the complete system (including systems and sub systems). This theory was useful for the management to achieve the success as it defines the organization as an open system. Open system means system which were thoroughly studied, discussed and examined. All the factors of organization are used in this which reflects the problems, issues or success of the organization as a whole.

Organizational behaviour reflects how an organization is functioning. It includes the structure and culture which determine the future of the company. The success of any organization is largely depends upon its culture which can retain or lose the employees. The employees will be loyal to the organization where the culture is innovative and encouraging; the leader is co operative and helpful and all the people work together to achieve the common goals for the success of the organization. In the above report all the important aspects of an organization like culture, structure, leadership style, management approaches etc were discussed with the help of an example of the company Microsoft.