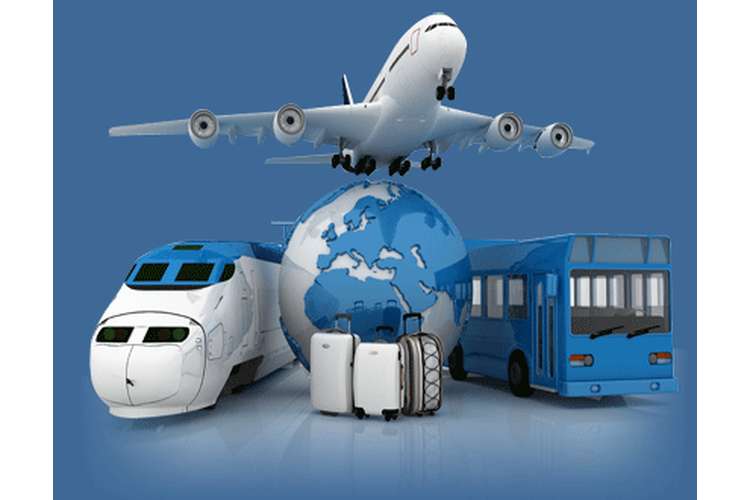 TUI group is one of the largest company of the world in tourism. These groups have more than 1800 travel agencies, 130 airlines, more than 300 hotels and 15 cruise lines. TUI group cater the need of more than 30 million customer every year by giving them ultimate tourist destination.

Understand the Scope of Key UK and Worldwide Tourist Destination

From the tables given above TUI can infer that that France is the major tourist receiving country in the world. USA is second in the list due to the presence of major tourist attractions in the country. The major factors that make France host a large number of tourist every year is the fashion sense of the people of France. There are many fashion shows held in France from time to time which attracts a large number of tourists.  The architecture and the infrastructure of France is also excellent and attracts a large number of visitors. USA stands next to France in sense of the attractions for the tourists but it receives fewer tourists due its large distance from the major tourist receiving countries. (Dearsley, 2016)
The sixth position in terms of tourist receiving countries is occupied by UK and the seventh position is held in terms of tourist generator. The major tourist attractions of UK are present in the city of London and London is known as one of the busiest cities of the world. House of London, London Eye and the great Museum of London is visited of millions of tourist every year.

The tourist generating countries according to the statistics of TUI is given below:

It is analyzed by TUI that in the last few years the tourism industry has seen a great boom and the countries are earning a lot through tourism. The major countries contributing to the world tourism are China, Italy, France, UK and Italy. The trend of tourism is increasing heavily in the recent times as the people are becoming more aware of the attractions of the places. London is a very popular tourist spot in the whole Europe as there are a lot tourist attractions present in there. More than 17 million tourist visit London every year. London is a highly visited tourist spot all over Europe due to the presence of large number of educational institutions, rich cultural heritage and the business environment present in there. The second and the third highly visited places in UK are Edinburgh and Manchester. The rich cultural heritage still prevalent in the towns of UK is the major reason of pulling the tourist annually. The large number of tourism in UK is business class. UK promotes tourism heavily and it gives a lot of attention to the development of infrastructure and transport facility. Tourism generates a lot of employment opportunities for the local people present in the area. There is also a considerable increase in the income and the spending power of the people all round the world. All of the above factors have resulted in the significant increase of the tourism all round the world. (Nvido, 2012)

In the research conducted by TUI it is found the government of UK has conducts a lot of sports and other festivals to enhance tourism in their country. The government also has a site visitbritain.com which highlights all the tourist spots and attractions present within UK. The rate of domestic as well as international tourism is very high all round the world. If we look into the figures then the number of tourist all round the world is becoming stagnant. It can be predicted by the experts of TUI that the tour and travel industry will grow. If we take into consideration ecotourism then Asia and Africa are widely visited. If TUI looks the business prospects in Asia the India, Malaysia, Singapore, Thailand are the important tourist receivers. (Perkins, 2014)

Understand the Cultural, social and Physical Features of Tourist Destinations

In the present task we determine the external aspects of tourism industry. TUI would be considering London for determining the social, cultural and physical features of the place.

TUI is considering London for analyzing the physical, cultural and the social aspects. Due to the presence of the large number of historical monuments, educational institutions and the rich cultural heritage. London has a large number of domestic as well as the international tourist. Tourist of the foreign origin has a lot of interest in the rich cultural heritage of the area. More than 16 million tourist visit London every year. Revenue collected through tourism every year is approximately 13 billion dollar and the tourism industry contribute heavily to the GDP Of the country. The revenue of the transport, construction, hotel and the food industry is driven greatly by the tourism industry in UK. It provides a lot of employment to the local people of the area and provide a means of their livelihood. Tourism provides a lot of Economic and infrastructural development in the country. The government of UK is promoting tourism heavily through their website. There are many social benefits attached with the tourism too. People get a lot of peace in visiting the city. Local community gets a lot of benefit as they get a worldwide exposure. (Pritchand, 2011)

There are also a lot of cultural and the social issues attached with the tourism. Tourism also provides a lot of seasonal employment to the people which help in generating a lot of money for the local people. The seasonal employment may also spoil people who plan of getting the permanent job. There are a lot of good educational institutes in UK which also attracts a lot of students from all round the world. There are lot of scope for the professional and higher education in UK as there are lot of institutes and research centers. The tourist industry is expected to grow a lot in the upcoming future. The behavioral aspects of both the tourist and local people are affected. The art and craft industry of the local people also get a global exposure and their sales also increase. Pollution level of the tourist generator place also increases heavily. (Kaiser, 2012)

The major features of the tourist destinations can be compared between the leading and the developing nation. For the comparison purpose we take UK and Costa Rica. UK is a developed country and the government has a lot of money. Extensive money is spending for the purpose of branding through hoarding and online marketing. The government of UK maintains all the historical monuments so that the tourists maintain their interest in them. The infrastructure and the transport facilities of the place is also exceptional as it is driven mainly by the tourist industry. There are differences in all the facilities provided by the developed and the developing nation. (LinkedIn, 2016)

UK is the leading tourist destination of the world and attracts a large number of tourist all-round the year. The major USP of UK is its rich cultural heritage. It holds the prestigious 8th rank among the tourist receiving countries. The mostly visited city of UK is London.

The analysis of the TUI is given below.

Understand How The Characteristics of Destination affect Their Appeal to Tourist

UK
The UK is a very famous tourist destination. The reason behind this is that it has various attractions which make it a beautiful place to visit. The food and wine is also one of the major factors of appeal. This is the reason that every year more and more people visit the destination and this is also very important for the success of the tourist destination. The tourism sector is one of the sectors which is responsible for the GDP growth of the country. Every year millions of jobs are generated in this sector. Without the proper planning it is not possible to make the tourist destination an attractive one. This is the reason that government of the respective countries always make the proper arrangement so that the large numbers of tourists can be attracted to the country and the revenue can be generated. The great efforts are made by the tourist department of the country in order to attract the tourists. The convenience of the transport is also very important when it comes to the attractiveness of the tourist destination. The transport is one thing through which the tourists get to wander from one place to another. Without proper transporting there is no reason for the people to come to the destination.

3.2 Evaluate how characteristics of tourist destination affect its appeal.

Understand Issue Likely To Affect the Popularity of Tourist Destinations

4.1. Analyze issues that affect the popularity of tourist destinations.

4.2. Discuss the potential for responsible tourism to enhance the host community at worldwide tourist destination.

The responsible tourism has the following features: