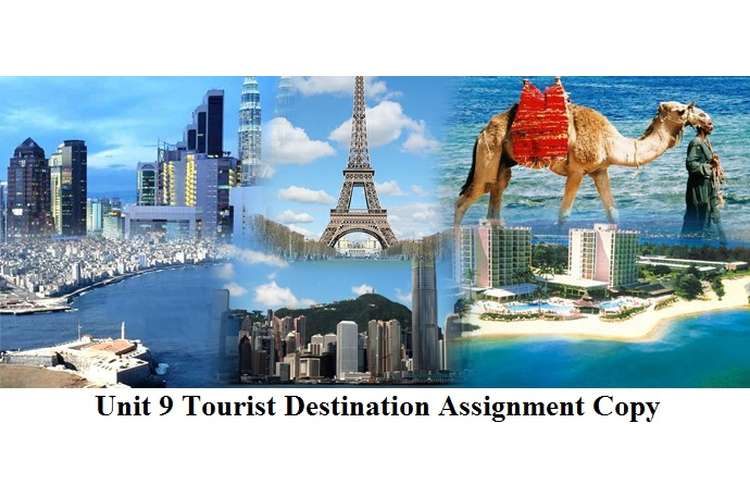 You are working as an assistant product development manager at TUI Group.   Your brief includes building product knowledge and understanding of customer requirements through regular overseas visits to review the current programme and identify new products; working closely with internal customers promoting product knowledge awareness and providing training on the programme, particularly in the Travel and Tourism Centre.
TUI Group seeks out new business opportunities across the globe and has recently recruited new staff joining the product development team.

2.1 In your presentation, you have to firstly analyse the cultural, social and physical features of the tourist destinations explaining their appeal to tourists

For this task UK and Thailand has been picked as destination for tourism for which an analysis of social, cultural and physical features about the destination would be carried out. This would be made for recognizing the significant factors for which the destinations had become appealing to its visitors.

The United Kingdom located at north-western part of Europe is the island nation comprising of:

With a total population of 64.1 million, as surveyed during 2013, the nation is a sovereign country of Europe.
The total land of UK is spread within a square mile of 94,058 where the coastline meets at 7,723 miles. Its surface is with low mountains and rugged hills.

UK comprises of endless activities for its visitors. Offering manifold options holding a cultural aspect, the city is a prosperous selection for every visitor. Among its must dos, the list consists:

Thus considering the above it can be said that being a culturally charismatic fascination within the tourist, the city hosts some of the evident of grandeur and royalty with essence of history into it (Walker and Walker, 2012).

Primarily recognized for its tropical beaches, Thailand is situated at the south-eastern part of Asia. With its numerous royal palaces, figures of Lord Buddha and many more it is just the other country of royalty and grandeur ornamented with iconic temples.

The physical feature comprises that the nation consists of two major rivers:

The country is also surrounded by the Andaman River and South China Sea. Bordering the countries like Malaysia, Myanmar, Vietnam and Laos, Thailand spreads over 514,000 square kilometres.

The major part of cultural legacy of Thailand reflects the historical significance about the country as well as the challenges that every inhabitants meet in terms of extreme climate and such is reflected from the architectures of the place.
In terms of art they show a traditional Buddhist reflection with Thai Buddha belonging to different age and periods. The literature is influenced with Hindu culture. Ram Thai belongs to their traditional dance form.

The country holds almost 94% - 95% of Theravad Buddhists where Muslim is of 5% - 6% and Christians is of only 1%.Chut Thai remains their traditional clothing which is worn by all men, women as well as children (Hall et al. 2012).

2.2 You will also create atext table where you compare features of developing and leading tourist destinations given above