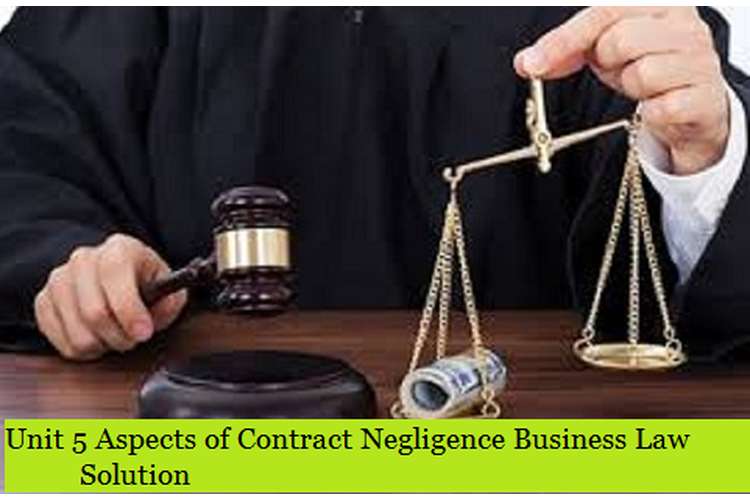 This Aspects of Contract and Negligence for Business is about the elements of the contracts that are essentially required for the formation of the same. Different types of contracts have been studied in the tasks to determine the nature of the contracts. This Aspects of Contract also focuses on various terms that have their involvement in the contract formation process and it also analyses the effect of these terms on the performance of the contract. According to the civil liabilities, the two types that are represented are either contractual or tort. These two liabilities are similar yet different in certain aspects. The duty of care extends to every person that may come in contact with the said act of neglect. The word vicarious means, having done for another. This would mean that liability so arising is for the acts performed by others. The following assignment is aimed at studying the impact of the variety of liabilities arising under the civil law. 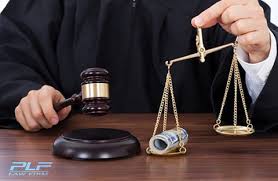 The differences in the liability for tort and contracts are as follows:

The tort of negligence is the act of neglect performed by a certain person that results in causing harm or damages to another person that may be affected from the proximity of the wrongful act. This type of tort requires the duty of care to be owed to the society, specifically towards the neighbours that may be affected by the wrongful act. The same duty of care when breached would result in creating a liability on the part of damaging party. The damaged party would only have to prove that a breach has occurred without presenting the details. The liability so created shall be compensated for the monetary loss, physical damage and psychological harm so caused. The liabilities are strict and are non-quantifiable for depending on different situations.
Accordingly, it was decided under the case of Donoghue v Stevenson, that the liability for manufacturer is determined for every consumer and not just the buyer of the product. This is because the manufacturer while transacting is performing a duty towards the group and not just a single person. This allows the consumer to claim for the damages from the manufacturer as equally from the seller for the respective defects in the manufacturing and the performing seller for the type of damages. Also, according to the case of Caparo Industries it is determined that the tort of negligence once performed would allow the parties to claim for the damages with respect to extent of damage determined from the elements. Such elements are namely of remoteness of damage, causation, proximity and foreseeability. The remoteness of damage implies that the damage and the harm caused shall be at least related. The relationship so existing shall be directly related between the damage and the cause of damage. The two shall be so present in each-others vicinity that the cause and effect may happen to take place. If it is observed that the parties under the tort are able to see that under special circumstances the act so performed may cause damage to the other party that neighbours the damage then the duty of care shall be undertaken by the performing party for the act being foreseeable.

Sometimes, under law of tort, when the performing party is not liable for the damage so caused the same is recognised as the vicarious liability as it falls on the non-performing party. Such type of liability is found most commonly under the relationship of employer-employee. This allows the employee to undertake certain responsibilities for the work assigned without being responsible at his own cost as it is performed for the benefit of the employer. The employer in turn undertakes the responsibility of the employee’s actions that are undertaken during the performance of the job. It is determined that the employer would only be liable for the acts performed under the employment and not for those that are performed from personal whims. (Nel, 2004)
It is determined under the Health and Safety at Work etc. Act, that the employer has the obligation to provide a safe and secure environment to the employees in order to maintain their safety. This can be ensured through managing the raw material, equipment and the sanitation facilities, as per a healthy living environment. The health standards laid down for the industry shall be maintained. Also, under the Occupier’s Liability Act, it is provided that the occupier shall maintain the premises in such a way that the visitors are safe and secure. If a circumstance may arise for the unsafe environment the same shall be timely notified in order to warn the visitors for the purpose of safety. The notification shall be laced at a place that is easily accessible by any one that is on the premises. The same duty extends towards the visitors and non-visitors. The trespassers are equally able to claim for the safety as the same shall be the affect on an authorised visitor. Any visitor, either temporary or permanent shall be able to claim the damages for the breach of duty. (Vettori, 2007)

Case 7:
The case scenario represents that the parties involved in the negligence were employer-employee. The employer in the scenario is the hospital and the employee is the doctor. Although, doctor is a professional for having a certain knowledge of skill for medicine. The patient in the provided case had been suffering from the chest pains that were to be checked by the doctor. The doctor didn’t have the time for a routine check-up and provided over the counter medicines to the patient. The next day it was discovered that the patient had died from a toxic mould in his house. The doctor had then realised that the medicines were not the cause of the death. The doctor should have performed a check-up before prescribing medicines. This is because it is the professional duty to do the same. By not performing a check-up, the doctor is said to have committed the professional negligence. This may be analysed by the but-for test stating that the negligence was not related to the death thereby, the doctor would not be liable for the death. The hospital being the employer would be liable for the neglect so caused while practicing the duties as an employee. Thereby, the hospital would be vicariously liable as the neglect has taken place while performing the official duty. (Nel, 2004)

Case 8:
As per the facts, it is determined that the company had employed a driver. The driver was assigned the duty of picking up a client from the airport and then then bringing the client back. As the driver, had reached early to the airport he had a few drinks and received the client in the drunk state. When they were driving back, the driver was not able to drive well and lost control causing the damage. This would lay down that the driver had been employed to perform driving functions and the fact that he drank was a personal choice. However, according to the case of Rose v Plenty it was provided that the acts so performed were not far from the duties so assigned and that the accident took place while performing the official duties. Thereby, the employer would be liable for the damages so cause being a vicarious liability.

Case 9:
As per the facts, the supermarket had assigned the duty of safety to another company. The workers while performing the work at the premises had slipped and had caused damage to fellow employees. The said act was told by the supermarket to not have been there responsibility as the same duty was delegated. It was derived under the case of Mersey Docks, it was determined that the original employer and the other employer have the duty towards safety if they have a direct control over the same at the time of occurrence. As the same accident had occurred on the premises of the supermarket, the supermarket would be responsible for the damages so caused because it had taken place while performing the official duties under the rules of vicarious liability. (Richards, 2006)

The offer is used to invite the other party in order to form a contractual relationship between the same. The communication method used to communicate the acceptance should be the one that has been discussed between the parties otherwise the acceptance is not considered as valid and does not lead to the contractual relationship between the parties. Involvement of some of the consideration is the legal process so as to safeguard the parties involved to bear any loss. The contract can be considered valid only when the parties entering the contract are valid according to the business law. The liability under the contracts is said to be the liability of strict nature as the damages so caused are to be compensated without considering the circumstances. The same goes for the liability in tort. This is because both types of liabilities require the parties to breach a duty in order to create a liability. The same when created is to be compensated for breach of a civil duty owed to the parties respectively. 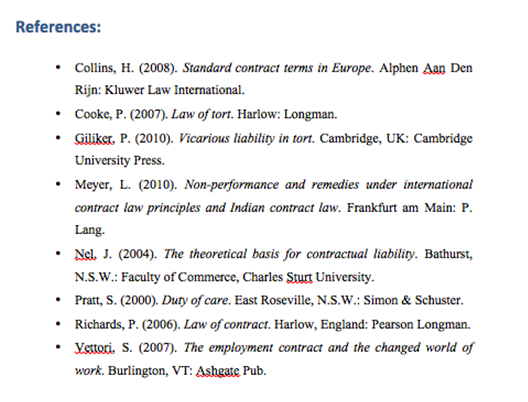