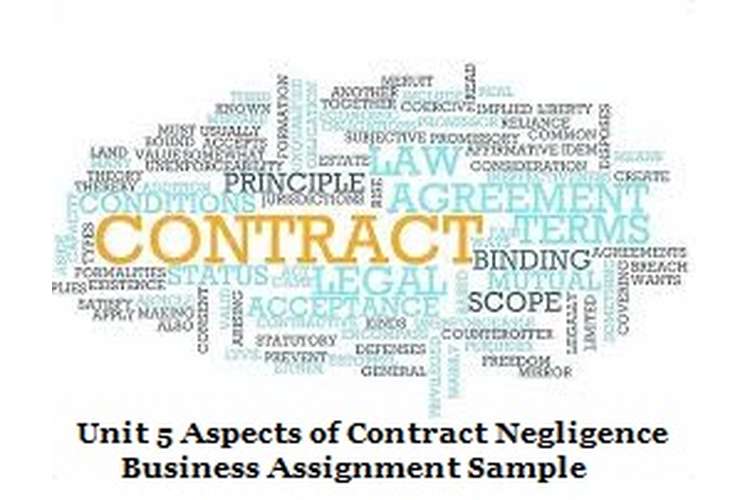 In this aspects of contract and negligence for business report there will be a brief discussion regarding the necessary factors required to form a valid contract along with the reference of different terms in contract. This will be explained with the help of different business scenarios. Along with this we have differentiate between the tortuous liability and contractual liability. The concept of negligent liability and vicarious liability will also be explained by giving reference in contrasting scenarios. 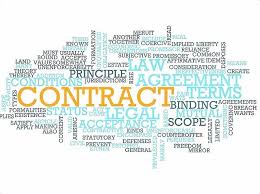 1.1 What is the consequence of necessary factors required for the development of contractual validation?

1.2 Analyse the collision of different types of contract

1.3 Discuss conditions in contracts with suggestion to their significance and consequence.

Facts: An exceptional vase of 19th century was exhibit by Amy, an antique dealer on Saturday for 500£. Mandy sees the vase but as he had a meeting so he writes a letter to Amy that he is ready to buy the vase for 500£ and posted the letter at 11:30. Paul visited Amy’s shop on the same day and negotiated the price for the vase. Amy refuses the price quoted by Paul i.e. 400£ and offered last price 450£. At that time Paul left the shop without answering anything and then later realised that price quoted by Amy was a good price for that precious vase. Therefore he wrote a letter to Amy giving acceptance to buy the vase for 450£ and posted the same at 12:30 pm.

2.1 apply the elements of contract in the given business scenario above and advise Mandy and Paul as to whether or not either of them has a claim against Amy for the vase in the situation

In the above situation by placing a price tag over the pot Amy gives an invitation to treat,which means that a person making an invitation to treat does not intend to be bound as soon as it is accepted by the person to whom the statement is addressed.Here Amy is not bound to sell the vase to Mandy, despite of the fact when the letter is posted. In (Pharmaceutical Society of Great Britain v Boots Cash Chemists (Southern) Ltd, 1953), it was held that the shop owner is not obliged to sell the goods to anyone who is willing to pay for them, even if additional signage, such as “special offer”accompanies the display of the goods.whereas with Paul negotiations have been done by Amy, these negotiations considered as offer. Whereas according to the posing rule,the acceptance takes effect when a letter is posted. Therefore, as soon Paul posted the letter of acceptance to Amy the acceptance is made to the offer made by Amy and resulted into a contract. This concept is explained in ( Byrne v Van Tienhoven, 1880), that if a letter of acceptance were to be lost, acceptance has still taken place, as acceptance is completed as soon as the letter of acceptance is posted. Hence, now binding with the contract Amy has to sell the vase to Paul for £450.

Facts: Kabir doesn’t have a TV so goes to buy a TV to watch a renowned show and there he buys 42 inch plasma screen TV, there was a noticed in the store stating that, no liability will arise on the part of seller regarding any kind of defects in the goods. The television bought by Kabir does not work at all.

2.2 Concern the law on terms for the given condition

Subsequent are the diverseconditions of contract:
Express terms: These terms are purposely added in a contract with the consent of both the parties involved either orally or in a written form.
Implied terms: These terms are concluded from the aspects of contracteither made orally or in a written form. These terms are not specifically mentioned as terms of the contract rather they are needed to be implied from the contract.
Exclusion terms: These terms are usually in a written form made with the approval of both the parties, excluding one party from the liabilities arising out of certain happening.
Condition: These terms are so important in the contract that if these are breached then the other party can assert damages in accordance with the breach and can also terminate the contract.
Warranty: These terms are not fundamental to the continuation of the contract hence they are considered as minor terms contract. Whenthis term is breached then the suffering person can assertcompensation only and cannot bring the contract to an end.
In nominate term: It is an unstated term of a contract which can be considered as a warranty or a condition based on the effect of the term on the contract, an intermediary or in proposed term if parties are not able to decide then the court will decide the same.
In the present situation the concept ofelimination term has been referred. The term in the present situation considering as an exclusion term is not a valid exclusion term as the exclusion clause requires a proper written acceptance of this clause. Mere putting of a notice does not grant validation for the exclusion clause. Whereas no specification is been done by the party regarding this exclusion term, hence it will not be considered as a valid exclusion term. With regards to the terms excluding all the liability inappropriately, there is exclusion made by the Sales of Goods Act, in regards with the terms excluding all the liability inappropriately. Hence Kabir can claim damages regarding the breach of contract and the other party is liable to give damages (insite law magazine, 2014)

3.1 Differentiate between the tortuous liability and contractual liability?

Tortuous liability:The tort law on the other side covers the situation where the party intentionally harmed or injured someone. It includes those situations where the party intentionally harmed or injured other person. These situations are also included where the harm is caused without intention, such as negligence claims or strict liability claims. Here the damages involved are not liquidated in nature as they cannot be calculated before a tort is committed (Clarke, 2014)
Contractual liability: Contracts are legal agreements made between persons or merchants. Here the liability arises over the breach by any parties. For a validation of a contract the parties should give consent perceptive the liability arising out of it. Here the damages are liquidated in character which means they can be calculated before the breach was done (Clark, 2014).

3.2 Discuss the nature of liability in negligence

Facts:Mrs Aron was the owner of a shop and asks what would be the consequence when someone working under her causes injury to her customer? Will that influence her?

Negligence is a part of tort. Significance of negligence in plain term is the exclusion to do somewhat which a rational man, in the regularway of discretion, would do or would not do. Negligence, in civil term, is an advertent deficiency, done in release of a legal obligation, as straight away produces, in normal situation, causes damage to another. Here relationship is not contractual in nature rather they are made by courts (accaglobal, 2014).
The following factors must be taken care of are:

In the above circumstances if a person employee of Mrs Aron, injured a person, then he will be liable for negligence because, the person will be having a duty of care towards the customer. The act of the employee will surely affect Mrs Aron as they both have an employer employee relationship between them which gives rise to liability over Mrs Aron. Hence, Mrs Aron will be responsible for the act of her employee vicariously.

3.3 describe how a business can be vicariously liable from this case

The doctrine of vicarious legal responsibility imposes responsibility for the wrong of someone else even if the person who is held responsible may not be indulging in that wrong act. These are the relationship which makes a person liable for someone else wrong, employment relationships, family relationships or joint ventures. The maxim, Respondeat superior means, superior is responsible. If awork is done during the itinerary of employment, authorized or is related to the work assigned that will be considered as a manner of performing it, then the employer will be held liable under this doctrine, for the negligence committed by their employees (casebriefs, 2014).
On the contrary in this situation Mrs Aron will be held liable for the wrong of her employee due to employer and employee relationship between them, if that wrong has been committed in the course of employment.

Facts:Jeremy was a delivery driver who worked for Ocado got a call from his daughter’s school for her pick up as she was not well. Jeremy took theofficial vehicle for picking up his daughter and along with this he has to make some delivery on the way to his home. While delivering his last order he hit Nick’s car as he was driving at a speed of 50 mph where the maximum speed limit was 30 mph and Nick got injured also Nick was not wearing his seat belt.

4.1 Relate the essentials of tort of negligence and fortifications available in the given business scenario.

In simple terms, negligence is a breakdown to implement the care that a reasonable rational man would follow in similar situations. It does not involve the harm caused intentionally rather it involves the harm caused by carelessness. The legal responsibility involved is responsibility of care, not to cause harm (A.Williams & Co. (solicitors), (n.d.)).
In the above situation, there is negligence on the part of Jeremy as the speed limit was 30 mph whereas he was driving at a speed of 50 mph. This will also make Ocado vicariously liable as at the time when the wrong was committed Jeremy was in progress to the assigned work. Consequently Ocado will be negligently liable for resulted damages to Nick. Another concept involved in this is, Contributory negligence. It is generally a defence to a claim based negligence. Here the plaintiff who suffered loss is also somehow involved in the wrong committed and because of the involvement in the wrong the percentage of damages reduces. Consequently the contribution of Nick in the wrong by not wearing seat belt will reduce the amount of damages otherwise he would be entitled for.

4.2 Relate the essentials of vicarious liability under the situation above

There should be an employer-employee relationship: The maxim Respondeat superior suggest the superior is responsible for the acts of their subordinate. In this situation Jeremy is an employee of Ocado.
The act should be done within the course of employment:The wrong committed should be done while doing the act assign by the employer to his employee or so connected to the work assign. In the present situation the negligence was committed while performing the act authorized to him.
Therefore considering the above elements and their involvement in the situation, Ocado will be considered vicariously answerable for the negligence staunch by Jeremy and will have to compensate Nick by paying damages. With the reference of contributory negligence theory it is considered as, the involvement of Nick in the wrong, reduces the amount of damages.

This report tried to give a brief discussion over the necessary elements involved regarding the validation of contract along with reference to different terms in contract5. This has been explained with the help of different business strategy scenarios. Along with all this we have also tried to differentiate between the tortuous liability and contractual liability. By giving references in different conditions, we tried to explain the concept of negligence and vicarious liability.