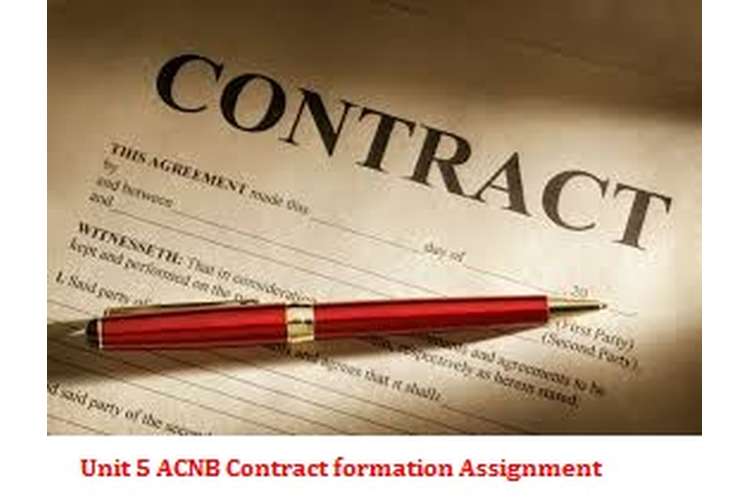 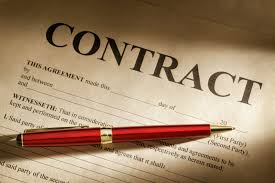 The combination of offer and acceptance makes an agreement which is supported with consideration, intention and capacity to make a contract. An offer starts a contract and the statement which is used by the offeror to convey his intention to the offeree with a hope of conformation is called offer (Carlill v Carbolic Smoke Ball (1893). Further, the offeree confirmation to the offer without bringing any amendments to the same is acceptance in law.
But, when the intention of the person is to receive offers from public, it is an act of invitation to treat. Invitations are based on the advertisements, tenders, auctions, displays by the inviter and the people rely on such acts of the inviter before making any offer to him Partridge v Crittenden (1968). The offer so received has to be confirmed by the inviter to make an agreement in law.
Now, an online display of offer is an invitation to treat by Gumtree (offeree). Carol (offeror) reacted on the ad and made an offer to Gumtree which was never approved by Gumtree. So, offer is not supported by corresponding acceptance resulting in no agreement amid the two.

Combination of offer and acceptance makes a valid agreement in law. But, the legal sanctity is only given to such an agreement when there is presence of consideration to the same Foakes v Beer (1884). The monetary benefit of any kind of gain which is deserved by the offeree because of the compliance of the terms of the offer is consideration in law. A valid consideration gave enforceability to an agreement (Re McArdle(1951). But, if the consideration supports promises which are already performed, then, it has no significance in law and is not enforceable. Consideration should support promises which performing or yet to be performed. (The Law Teacher 2016).
Now, George appointed Devi on 12th April 2015. Preston is not aware of the same and promised George that if he appoints Devi then he will gave him a contract of @ £150,000. But, this promises is made against an action which is already done and is past in nature. So, the consideration provided Preston is not valid and is thus invalid in law.
So, there is no obligation on Preston to fulfill his promise.

In a valid contract, parties should obligate with the terms of the contract and if any party does not comply with the terms, and then he must face the penalties and the contract liabilities. But, there are situations herein, the liability can be reduced or excluded to some extend with the help of clauses called exclusion clause (Glynn v Margeston (1893).
An exclusion clause limits or at time excludes the obligation of one party when some contingent event takes place which is pre decided by the parties (Thornton v Shoe Lane Parking (1971). But, if one party is unaware of the clause and the other is relying on the same, then, the burden of proof lies upon the party who is relying to prove that he has made all efforts and actions so that such clause is appreciated by the other. In such scenario the clause is valid otherwise not.  (Inbrief 2016)

There are two categories in which the terms of the contract can be divided, that is, those terms which is transmitted upon the parties as per law, custom, then, such are implied terms (Trollope and Colls Ltd. V. North West Regional Hospital Board (1973)) but the terms which are part of the contract by the mutual actions of the parties are express terms  (Oscar Chess v. Williams (1957). (Weitzenböck 2012)

Now, an express undertaking is exchanged between Zehphra and Aaron according to which the rent which is fixed by Zehphra will not be increased as improvements are made by Aaron on the warehouse of Zehphra. This is the express declaration amid the two. But, Yeti violated these express provisions when he became the legal representative of the warehouse after the death of Zehphra. According to implied law, every express term exchanged amid the parties should be transmitted to their respective legal heirs. So, Yeti should follow the terms of Zehphra and if her increases the rent the Aaron has right in law to sue Yeti for breach of the terms of the contract.

There are two basic categories in which a term is normally divided. The same are conditions and warranties. When the terms are of such a nature that if somehow they are not followed then the contract losses its essence then such extra ordinary terms in law is called Conditions without which no contract can be performed (Poussard v Spiers (1876). If they are breached, then, the repercussions are grave. The contract can be cancelled and an additional right is also given to the plaintiff under which he is permitted to claim damages for his loss. (ElawreourceUK 2016)

The terms which are not easily distinguished between condition and warranty are in-nominate term. If a term is a condition then it causes contract cancellation plus damages (Poussard v Spiers (1876) but treating a term as warranty allows only damages (Bettini v Gye (1876). (ElawreourceUK 2016)

Now, two questions were asked by the company which is replied in negative by the holder. The first term is only in regard to changes in the maker’s specification. This term is not very important and essence to the contract. So, since this term is replied in negative so it will only be treated as warranty and damage can be claimed. But, the second term, that is, any loss or accident is caused by the holder or any concerned person is also negatively replied. Now, this is the term which is very important as it helps in analyzing the premium of the insurance and various other terms and conditions. So, since the same is violated so, the company has every right to treat the policy as terminated and can sue the holder for damages.

There are various similarities and differences that exist amid the liability in tort with contractual liability. The same are as follows:

Thus these are the significant contrasting features between the two.

Every law in any country is divided into two braid categories, that is, the civil law and the criminal law. Tort law which is the branch of civil law comprises of one very essential law, called, the law of negligence.
The law of negligence in Business is based on the theory that every person should conduct in a reasonable manner without harming any person who is closely associated with him. In 1932, in Donoghue v Stevenson (1932), the law was established and it was held that every manufacturer must produce his goods of such quality that it was be safe when used by his consumers and if does not do the same then he is negligent provided same kind of damage is faced by the plaintiff. This basic principle of negligence can be established when three basic elements are fulfilled.

The relationship amid a master/employer and the employee/servant should be carried out with utmost carefulness. This is because every employer is held accountable for the actions of his employee. Thus, if an employer can earn from his employee then he must also be answerable for his actions that resulted in some kind of loss. This principle is captured in the law of vicarious liability (Netheremere Ltd v Taverna & Gardiner. There are few basic principles which govern the law of vicarious liability. these are, First, the law is only applicable amid those persons who share a bind of an employer and an employee (Storey v Ashton; second, the employer has authorized the employee to carry out few actions on his behalf; third, while carrying out such actions, there is some kind of injury which is caused by him to any third party (Maga v The Trustees of the Birmingham Archdiocese of the Roman Catholic Church; fourth, there is no deviation from the course of employment. It is on compliance of all of the above principles, a business is said to be liable for the actions of his employee.
But, if any of the principles are not complied with, then the business is not said to be vicariously liable.

The law of negligence is applicable.
In law of negligence, every person should conduct in a reasonable manner without harming any person who is closely associated with him. There are three ingredients required to prove negligence  (Donoghue v Stevenson (1932). The same are: First, that the defendant must act so that no plaintiff is injured because of the same provided, the duty is only against those plaintiffs who are very closely associated with the defendant and the result of the defendants  actions presumably expected by the defendant (Caparo Industries plc v Dickman (1990); second, the duty of care is violated as the defendant is expected to carry out his actions at certain level of care but such level of care is not met by him; third, the plaintiff have suffered harm because of the breach of duty by the defendant (Simmonds v Isle of Wight Council (2003).

Now, the Hospitality provision is in proximate relation with Mr Brown as hospital must act with due care so that no harm is caused to Mr Brown., but, the doctors acted negligently by prescribing medicine  to him without checking him properly. Si the level of care is not met causing harm to Mr Brown. So, the hospital is properly negligent in their actions.
Now, the hospital can still protect its interest by relying on the defense of contributory negligence. The hospital can prove that Mr Brown is aware of his health but still he only complained of chest pain and breathing problem, even though the problem is grave. So, the hospital can establish that Mr Brown has also contributed to his own loss and thus the penalties must be bifurcated amid both of them.

To prove vicarious liability amid employer and the employee, the employer must have authorized the employee to carry out few actions on his behalf and while carrying out such actions some kind of injury is caused to any third party, thus, in such scenario, the business is said to be liable for the actions of his employee Limpus v London General Omnibus Co (1862). (Lawmentor 2016)

Now, the driver when injured the client, at that time he was performing the actions of the company even though he in his personal capacity has consumed alcohol.
Thus, the third party has every right in law to sue the company for the loss sustained by him.

It is a very important principle in law that if any person wants to hold the employer liable for the actions of the employee, then, it is very necessary that the actions of such an employee should be carried out within the course of employment Smith v Stahes (1989).

The Formation of a contract
The Law of negligence
WeitzenböckE, 2012, English Law of Contract: Terms of contract,