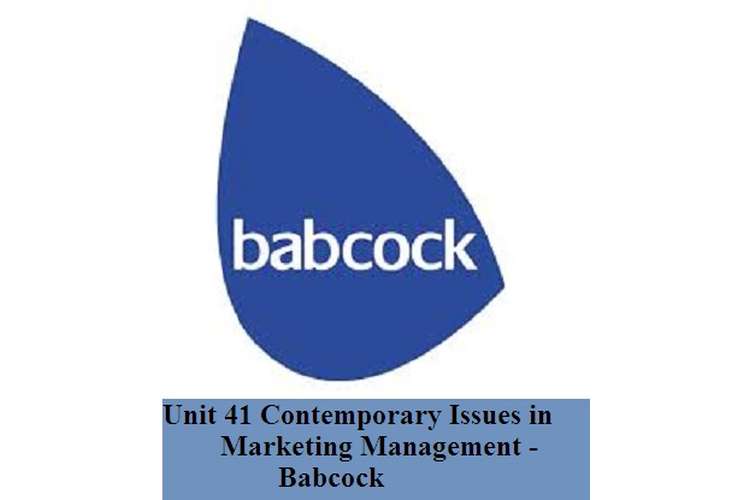 Management is required for the entire business organisation. Management is an all time function and is a function of managing the things or getting work done through others. It is required in both profit and non profit organisation irrespective of its size nature and level of operations. The aim is to achieve the goals and objectives of organisation effectively and efficiently. Management is a multidimensional activity which includes managing the business work, managing human resource and managing basic operation like production, marketing, sales etc (Chaudhuri, 2010).
It is not a one man job rather it is a group activity. This includes contribution of each and every employee in the organisation for overall growth and development. Further it helps in keeling a balance between effectiveness and efficiency in the organisation (Chaudhuri, 2010). 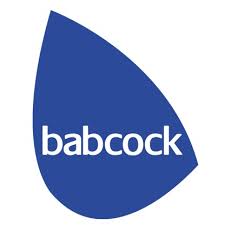 Background of the organisation: Babcock International

In this report about Babcock international group public limited company the company is conglomerate diversified which is engaged in engineering activities for military services, marine and technology, energy, support services and automotive industry. Primary starting with the case study of the enterprise we will consider various issues and offer recommendation on problems to resolve them. We will also define aims and objectives, results and analysis related to problems analysed in making case study observation (Su, 2011). Various tools and models used considering various scientific approaches. On the basis of above case study we will find results and findings related to factual data of the problems to analyse and review the problem identified in the case study of Babcock international group public limited company. We will also make a comparative analysis on the basis of general management theory and rules of management comparing to actual business practises. Finally we will evaluate the problems related to support services and primary engineering activities on the both individual and organisational level and give suggestions ending with conclusion or group summary of the report (Qureshi, et. al., 2013).

General Literature relating to management and its Historical roots

Traditional aspects of management: The traditional aspect of management was not appropriate and not applicable in the present scenario of working of the Babcock international group. In its long journey of the company’s structure the organisation has seen a vast change in the behaviour and level of management aspiration. In present day environment it is not possible to force up the things apart from handling internal environmental issue company has to collide with external changes in environment in the area of business operations. It is necessary to create the environment to make it desirable as far as working conditions do not hamper (Kramar, et. al., 2013).

General literature relating to management: An organisation like Babcock international group with depended into the its traditional roots along with making changes according to market demands and its dynamic nature making the group’s stability intact
It is getting the task done with coordinated efforts and an effective internal environment to achieve the goals and objective of firm effective and efficiently utilising the resources (O’Donohue & Nelson, 2014).
According to Breedt, & Van Rensburg,, “Management is the creation of an internal environment where individuals work in a group can perform effectively and efficiently for the achievement of organisational goal” (Breedt & Van Rensburg, 2012).

Babcock’s aims towards achieving a path of goal oriented process which further aims at achieving organisation tasks. Further it is a universal phenomenon which is not restricted to language, laws rules & regulation, time zone differentiation, communication differences. Basically management don’t come under the restrictions of barriers. Further it is not a onetime activity it is a continuous never ending process. All the functions of management are performed continuously. It performs a continuous series of functions in the company. Management is an activity which cannot be performed in isolation rather it is a group activity each employee in the organisation should perform best to its capabilities (Breedt & Van Rensburg, 2012).

According to Dan Cunniah, Journal on ‘Meeting the challenge of precarious work ‘a workers agenda.
Company should focus on international labour standards on the basis of specific nature of precarious work. The following points were considered in the mentioned Journal while checking the labour issues (Cunniah, 2013).

According to journal edited by Melisa Serrano, Edlira Xhafa and Michael Fichter on Trade union and Global crises it has described here the present scenarios labour’s vision, Strategies and responses (Serrano et. al., 2011). The followings issues and responses were considered while reviewing the challenges faced by labour in the global society and its effect on the organisational aims and objectives-

As Babcock international is a sole and top lead supplier of arms and military equipments to United Kingdom military service. Company has to take care of high level of integrity and due this there is huge govt intervention by Ministry of defence generally. It services British army, royal navy and royal air force to meet their operations and ground requirements. It further supports military training services and helps defence (Serrano et. al., 2011). The British govt and other nations in which Babcock international has his area or scope of operations creates regulations or set rules and objectives to set behaviour of business. It further includes actions from primary market framework which is further enforced by sartorial regulators. The following controls regulators generally set up by government over Babcock as referred by various journals are as follows-

In considering Babcock international Entrepreneurship creates systematic environment and create a activity based approach basically to indentify the needs and requirement of the organisation with a view to allocate resources, manage production activity in most securitised way and creates value to the customer to develop brand image of Babcock and ultimately the motto and objective on which organisation runs is to maximise the wealth of investors in a acceptable risk portfolio (Cox, 2016).

Communication basically depends on nature, type and functionalities of business organisation. As Babcock international deals with high sensitive objective of fulfilling the arms requirement of British government so the way and approach of sending information should be highly securitised. Sensitive information must take place within official chain of command.  Any leakage of relevant information could attract high level of negative publicity as the nature of customers and markets in which Babcock deals is generally Government and high Public profile (Wilkinson, et. al., 2010).
Failing or misconduct in dealing with such customers can damage the reputation of business a lot. Even outsourcing the relevant information and tasks is highly vulnerable to threats resulting in affecting organisation ethical reputation (Wilton, 2013).

The models and methodologies used as a business management model for conducting our research for improving the effectiveness of the management is research onion theory. We used the respective model for qualifying the prospect required and to create better understanding se Analysis/Discussion

In the above mentioned case study of Babcock International we analysed the following above mentioned findings on which we have made the following analysis. About the problem related to labour issues company can work out on labour issues to some extent which is controllable and related to internal business environment and in the periphery of business but problem of govt intervention, further there is problem of employee turnover, the cost of retaining or recruiting the suitable and qualified experience employees should be increased according its relevancy and need of the organisation and exchange rate fluctuation is external to business force and not in hands of enterprise (Kamoche, 2011). However loss due to change in exchange in rates of currency can be somehow minimised if company hedges its risk at the time of booking investments and expenditures. As far as government intervention is concerned due to nature of business operating in defence related equipments government is much concerned in business workings and operations. This cannot be controlled but somehow moderated if all the legalities and documentation procedures is fulfilled (Sparrow, et. al., 2016).

In this report there are so many problems have been identified in the business functioning Babcock International Group Plc. it is observed that company has been suffering with the communication problems, Linguistic hurdles in the business process system and other nuclear business operation and further more. There are so many other factors have been taken into consideration which has helped in the greater business functioning in determined approach (Nankervis, et. al., 2013).