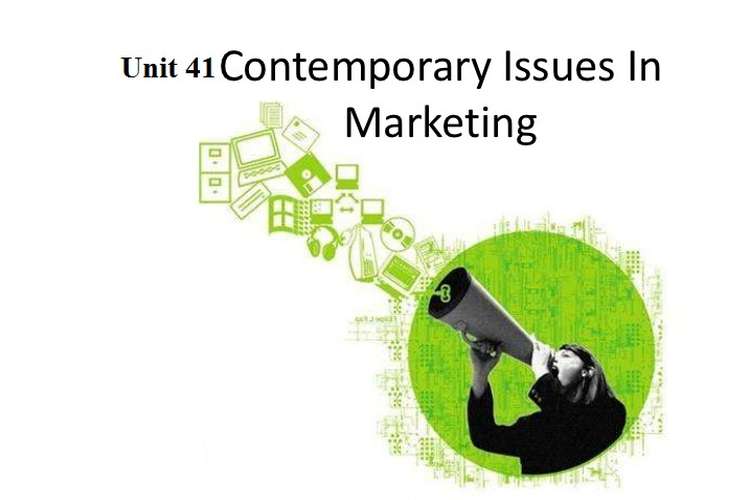 The contemporary issues in marketing management focuses on the basics of innovation and its application in the real world. Example of UBER (A global cab service company) has been taken here in reference to have a closer look at the applied innovations. Innovation is simply defined as a “new idea, device or method”. However it is often also viewed as the application of better solutions that meet new requirements, unarticulated needs, or existing market needs. The purpose of contemporary issues in marketing management is to study and analyze the innovation brought up by UBER in the business along with the detailed comparison of UBER with itself in the previous years and other companies too.

As discussed earlier, innovation is the process of translating an idea and invention into a good or service that creates value or for which the customers will pay. (Davila, Epstein and Shelton,  2006). There are various types of innovation:

Among these innovations UBER has proved to be a disruptive innovation that will be explained later on in this assignment. It is a well known fact that travelling is always been a crucial part in our day to day life and nowadays it is ought to become an indispensable task. Commuting and travelling needs are increasing globally with more and more people travelling for personal needs, leisure, business etc but it is not practically possible to have a personal vehicle at disposal at all places by every person. Thus taxis and cabs are taken on rent for a particular duration of time or travelling distance as per the requirement. This process is not as simple as it seems to be as hailing a taxi or cab was a tedious process and their reliability was always in question. People also had issues regarding the fare of travelling so a lot of negotiation procedure was also there which would prey on the new comers in a town who are unaware of distances.

Inception of UBER has changed the traditional way of hiring taxis to a very great extent. In the current scenario, innovation brought up by UBER has drastically changed the market for taxi services. Now waiting for cab is not at all the requirement, UBER has made travelling so convenient and hiring a smooth procedure by using a mobile app which can locate a cab for you and send it to your current location using a GPS based coordination system. For booking a cab from UBER, one must have a smart phone with the UBER application installed in that phone and they should have a registered account with Uber, after that bookings can be made at any place and at any point of time. The person just has to make a request for a cab and automatically the pickup location is traced and a choice of cab can be made and estimate time of arrival is displayed to the customer. The cab reaches the pickup location in no time, the passenger is dropped to the destination and charged accordingly. The two major advantages of this modernized cab system are that: Firstly, this is a time saving process as waiting time for cab is very minimal and customer does not have to locate the cab, GPS does it for them. Secondly, fare is fixed so no negotiation is required. This has made entire human resource management service using experience very pleasant and smooth for the users.

UBER is a disruptive innovation in the cab service industry, it can be explained as an innovation that creates a new market and value network disrupting an existing market and value network, displacing well-established business system. According to the provided facts, arrival of UBER in the market has just brought the conventional taxi hiring business to an end hence it can be concluded as a disruptive innovation.

Drivers of innovation in uber:

UBER has been very successful in gaining the market attention in the recent years. Though in earlier times when UBER was not there, people used to travel through hired taxis but the process had some hiccups and ambiguity and a lack of comfort and the convenience for the people. So that was the gap in quality of services which was picked up by UBER and it made the comfort and convenience of the people its major objective and began its journey. In this era of technological advancement, UBER has emerged as the brand ambassador of the private vehicle hiring industry. In urban areas majority of people are having internet access and the working has gone totally internet driven, so UBER has gained a lot of recognition in the market. Since UBER has overcome all the disadvantages of the conventional taxi hiring system, it is highly preferred by the people (Barro, 2014). Moreover, taxi fare is not an issue anymore which makes it a preferable choice for travelling. The only main requirement of using this facility is the internet access and a smart phone which is now very common. Without the support of technology UBER would not be able to reach to the public and hence would have been failure.

Along with the disadvantages like long waiting duration, varying fare problem a major disadvantage of the conventional taxi hiring system was the safety of the travelers. It was majorly an unorganized sector with lack of any authentication and verification process.  Opposite to the nature of conventional system, UBER make sure about the safety and security of the passenger travelling through the UBER cab. After using this facility, passengers are even asked about their experience and to rate the cab facility as well. Passengers also have the right to complain, in case of inconvenience caused, to the organization behaviour which takes complete responsibility of the drivers provided by them. Moreover UBER provided well maintained cabs unlike the conventional system. So these were the major hitches that led to the discovery of UBER.  Hence it made UBER, the leader of the private vehicle hiring industry.

Drivers and barriers in innovation:

UBER has gained a lot of recognition in the market and it has proven to be a successful venture over the years. But in the journey UBER has faced a series of ups and downs. In the beginning it was not at all an easy pathway but eventually after going through all these good and bad phases everything got settled in the place. In the conventional taxi hiring system there were a lot of drawbacks. People faced problems regarding the safety issues, no authenticated service, etc. So UBER came into existence as a better option. The factors that enabled UBER services to innovate within this industry are as follows:

The progress of UBER in the real world was not that smooth. It faced a lot of hardships in its journey like not getting full support from the government, individual taxi owners got violent due to their failure because of the arrival of UBER etc. The factors that hindered UBER services to innovate within this industry are explained as:

UBER has proved to be a disruptive innovation. Disruptive innovation is that classification of innovation where any idea or invention creates its own market value demolishing the already existing market of the same product or service. Travelling by private taxis was a trend before UBER. Whenever travelling was required it became very obvious means of travelling. The person used to wait till any taxi arrived and then negotiation about the fare was the next step. This became a conventional way of travelling and the market was well ordered.

Soon UBER logged in to the market and the market value of private taxi hiring business declined to a great extent. The reason was the various advantages offered by UBER over private taxi hiring business. People now preferred UBER cab over any private cab. (Keupp, Palmié & Gassmann, 2012). The lives of the private taxi owners was troubled as their income gradually decreased, and their market value started degrading which was consistent for years. The major shortcoming was that they provided unauthenticated service unlike UBER. The list continued and these imperfections of private hiring system became more prominent when UBER arrived. People moved towards the authenticated service and thus the livelihood of the private cab owners or drivers was at stake. They could not accept the real state of their business strategy and stood up against UBER. A lot of efforts were put on by them to make UBER stop and to regain their position in the market. Meanwhile, UBER also faced ups and downs in the market but eventually it was able to maintain its achievement. UBER market kept on increasing at a very rapid rate and it reached heights of success (David, 2016). On the other side, the market for private cab hiring system was totally shattered. Now a relatively low percentage of people prefer private cab hiring system instead of UBER service. This situation can be concluded as an example of disruptive innovation. Here UBER created its own greater market values than private hiring system and hence the market for private cab hiring system deteriorated. (Teece, 2010)

This assignment concludes that UBER is a disruptive innovation. Despite facing plenty of hurdles in its journey it has been able to maintain its brand value in the market. Initially it suffered number of complications like no support from the government, surge pricing problems, private taxi owners stood against UBER etc. In fine everything settled down as UBER had enough advantages such as it reduced waiting time for cab, assured safety, full direction support to an unknown person in the city, minimal charges and customer support. Just the only requirement is internet access and a smart phone. Over the time, it has proved itself to be a highly beneficial service for the mankind as it has made travelling a very peaceful and serene job (Gomez-Mejia and Balkin, 2008).