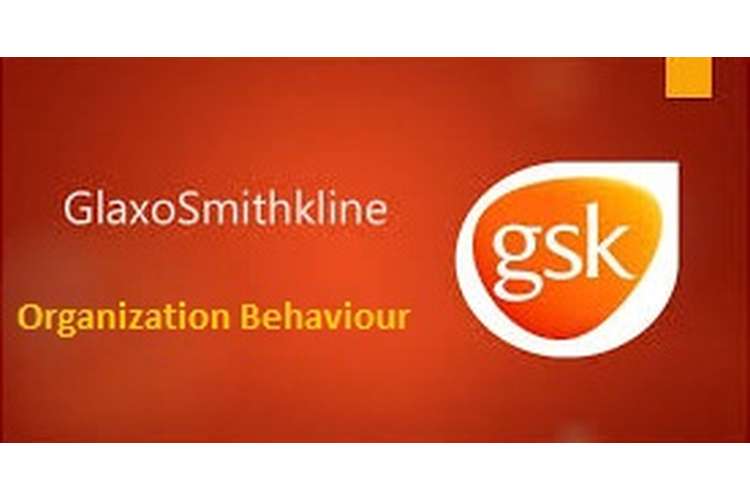 Organization behaviour perception concern around the area of study investigating how groups, structure and individuals behaviour influence organizations. The impact of all these works in bringing improvement within the business process. The employees’ behaviour are uncertain and varies from each other even though are invaluable for organizations. Hence, the key focus of this assignment will be on envisioning human interactions at GlaxoSmithKline Plc to integrate the efforts made by employees with the recognition of common objectives. The report will elaborate on leadership evaluation, culture and structure adopted by GSK for team management in order to commence the various operational activities. Comparisons are made amid GSK’s corporate arrangement with that of Pfizer to understand the impact of distinct setting on employees’ performance and behaviour.

1.1 Compare and contrast the structures and cultures of the GSK with any other similar organisation [P 1.1]

Organisations are formed for meeting human needs in the form of goods or services. The structure of an organization can take many forms that eventually are influenced by factors like purpose, size, tasks intricacies, external environment and its culture. Products, services or locality also determines organizational structures. Organizational culture can be described as organization’s identity and comprises of assumptions, values, norms, employees tangible signs and their behaviours. (Samiksha, 2016)

1.2 Explain how the relationship between the organization’s structure and culture can impact on the performance of GSK. [P1.2]

GSK always crave for establishing a stable structure and culture within its organizational framework because the management realizes that both are interdependent on each other. The kind of culture been practiced within GSK reflects the employees working style apart from its values and standard. One can determine GSK’s structure through the infrastructure and the employees’ hierarchical positions. Employees’ performances are dependent on GSK’s structure and culture and one can determine their efficiencies and commitment through the same. GSK’s structure and culture greatly influence its business thereby, showing its working behaviour which aims in managing the workflow and workforce. The structure of GSK is formal whereas, its culture advocates freedom at work further encouraging the employees to work comfortably and openly sharing share their views and discussing work issues with the management. GSK spurs the employees in maintaining the formal atmosphere by sharing their ideas within formal perimeters. GSK understands and believes in cultivating effective and healthy professional relations with the employees hence, endorses teamwork for raising the bar of quality output. GSK’s structure and culture reflects decisive behaviour which further has helped the brand in generating trust amid customers and eventually securing its market position in the global platform. Structure and culture create a positive perception about GSK in the mind of targeted customers further ensuring its long lasting success in the market (Lefifi, 2015)

1.3 Discuss how individual employees behaviour at work might be influenced by different factors at GSK [P1.3] 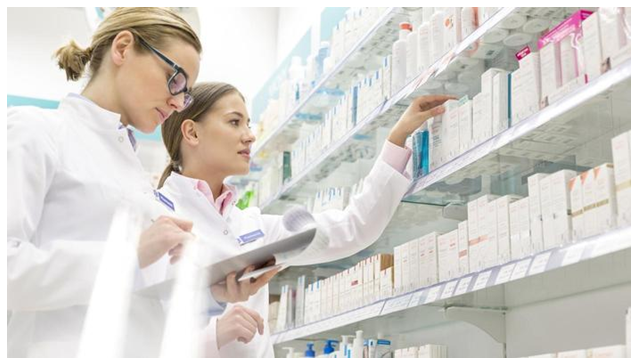 Mentioned below are the factors influencing individual behaviour at GSK:

2.1. Compare the effectiveness of the different leadership styles at GSK with any other similar organization. [P1.1]

A leader is someone who shows right direction to the employees for gaining both organizational and their individual professional goals and ensures that strategies and plans are implemented accordingly. Leader has a significant role in keeping the employees motivated and pushing them in giving their best performances. 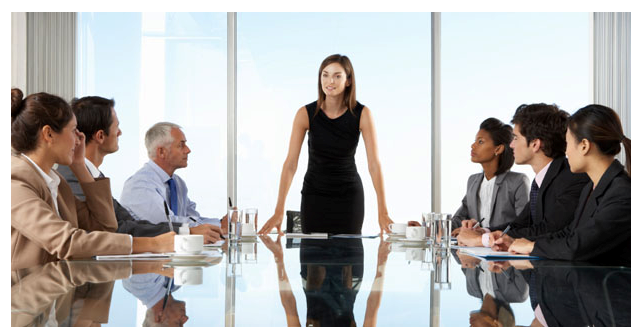 Effectiveness of different leadership styles on GSK and Pfizer:

2.2 Explain how organization theory supports and explains the management practices at GSK. [P2.2]

One can describe organizational theory as designs, organizational structure, external environment relationship and employees behaviour within the organization further advocating the means of surviving rapid changes within organizations. Management, on the other hand, describes the process to plan, organize, direct and control the employees to reach the goals and objectives. (Battilana and Casciaro, 2012)

Organisational theories play a significant role in underpinning the practice of management at GSK. Organizational and management theories are used within GSK in various aspects. Organizational theories application positively influences GSK’s overall business performances further allowing the management to understand the surrounding  business environment . Although management approaches and motivation theories are designed long before but are invariably been evolved by the managers when executed practically. Management theories involve ideas, innovations and approaches, which help the managers in smooth execution of GSK’s operational activities. By developing an understanding for management theories, GSK’s managers can easily determine and contemplate the organizational objectives and achieving them. Organizational theory gives structure to the management concept that eventually determines GSK’s operational activities through a methodical approach for enhancing employees’ behaviour and performance. By using scientific management approach GSK can target the instinctive tools and techniques for designing adequate plans and controlling workplace problems. This will allow GSK in augmenting its productiveness. Weber’s theory outlines the obligation of exercising principle and practices within GSK for evaluating authority’s capability and accuracy.  By exercising Fayol’s administrative theory GSK can acquire skilled employees through job contraction, authority acknowledgement and employee commitment. Administrative theory’s application at GSK will empower the management in gaining dominance in customer satisfaction. The key focus of administrative theory is on result-oriented goals and supporting the organizational structure of GSK. Classical organizational theory can also be adopted by GSK for evaluating job authority and its accountability. This theory advocates ranking of employees’ roles and responsibilities further scaling for rewarding system within the organizational structure. (Battilana and Casciaro, 2012)

2.3 Use a range of theories and other sources of information to evaluate three different approaches to management at GSK and any other similar organisation [P2.3]

Different approaches to management used by GSK and Pfizer are evaluated based on positive and negative areas.

3.1 Discuss the impact that different leadership styles may have on motivation at GSK during periods of change. [P3.1]

Both leadership and motivation are compatible to each other. One can describe motivation as a goal-oriented distinctive, which pushes an individual in working hard for attaining his/her goals. Hence, it is important for a leader/manger to inculcate right leadership attributes for influencing individual/employee motivation. Although, motivation has no definitive prototype but it is necessary that leader maintain an open viewpoint on human nature because understanding of employees needs eventually makes the decision-making process uncomplicated.  (MSG, 2016) 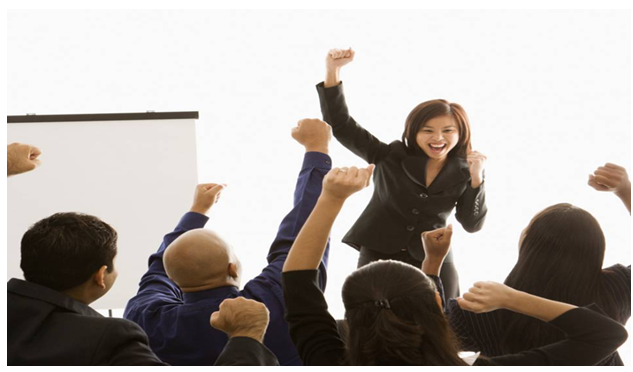 It is important for both employees and managers in possessing leadership and motivational tricks. Leaders should have a profound knowledge of employees’ motivational factors since his/her leadership style is a mean to motivate others.

Leadership styles and its link with motivation:

3.2 Compare the application of any two different motivational theories in the workplace at GSK. [P3.2]

Motivational theories are helpful in evaluating various motivational factors of employees influencing their behaviours at work. Managers at GSK implement these theories to identify the reasons that encourage certain employees in working harder whereas discourage the others. Gaining an understanding of motivational theories helps the managers in better understanding the measures needed for employee motivations further enhancing their own leadership skills. (Accel, 2015)

Maslow’s motivational theory- Maslow has emphasized on fulfilling employees needs through a pyramid structure. He further insisted that employees feel de-motivated when even their basic needs of  food safety , shelter, clothing etc. are not been fulfilled and loose interest at work. Once the basic needs are met and job security is given, employees automatically tend to get motivated   through social aspects and as soon the need of social satisfaction is fulfilled, they look for the fulfilment of self-esteem and all the above factors are satisfied, employees search for self-fulfilment. Accel, 2015) 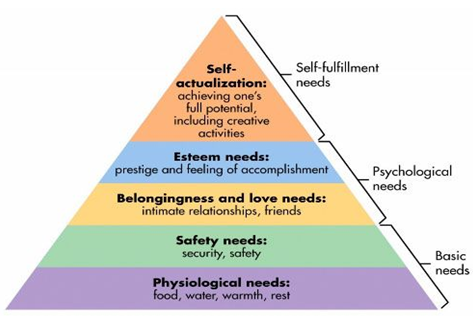 Herzberg motivation theory- Herzberg stressed on providing employees with hygiene and motivational factors. In the absence of hygiene factors, just a pay hike will not keep the employees motivated for long. According to this theory, GSK needs to ensure that not only hygiene factors are fulfilled but also employees’ contributions are rewarded.  Accel, 2015) 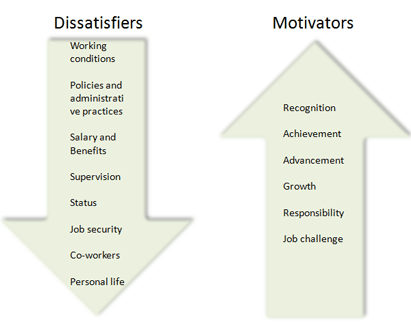 3.3 Evaluate the usefulness of any motivation theories for managers, including the limitations of these theories at GSK. [P3.3]

Maslow's Hierarchy of Needs-Maslow's motivational theory states that GSK’s managers can provide motivations through various sets of needs that will include physiological, safety, social, esteem and self-actualization. According to Maslow, an employee fails in seeking the satisfaction of higher-level needs (esteem and self-actualization) until the lower-level needs (physiological, safety and social) are fulfilled. Therefore, for claiming the self-actualization needs managers’ needs to first evolve employees’ potential by rewarding them with promotions if they deserve. GSK has structured entry-level positions like management trainee position for motivating the new employees and enhancing their loyalties towards the company so that they fulfil the expectations. Managers applying Maslow’s theory at work signify that it is their responsibility to meet deficiency needs in terms of secure working atmosphere and proper wages further allowing the employees in utilizing their fullest potential. Managers’ failing in doing so will give rise to employee frustrations that ultimately will be resulted into poor performance, lower job satisfaction and increased employee turnover. Take for example, job insecurity and layoff fear will restrict employees from seeking higher growth needs. (MSG, 2016)

GSK cannot govern all employees by fulfilling same set of needs as every individual might get driven by different needs at the same time and the most dominating unsatisfied need motivates an employee. Maslow's theory is not backed empirically.

4.1 Use theories to explain the nature of groups and group behaviour at GSK [P4.1]

One can describe group as a number of people who come together for achieving a certain goal. When people work together, it not only sustains their interest but also provides support in successfully accomplishing a given job. The success of a group relies on the team members’ commitment, effective decision-making, defined roles and responsibilities, communication and personal relationships. Group behaviour contributes in the achievement or effectiveness of the group. Working within a group provides employees with opportunities to interact with each other and grow by learning. (Chaneta, 2010) 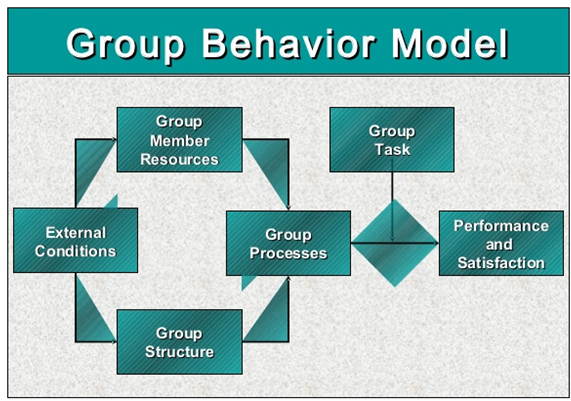 Formal groups:  are formed intentionally for serving GSK’s organizational objective. It is divided into

Informal groups: these groups are formed spontaneously based on common habits or interests. It is divided into

GSK’s cultures integrity is unshakable its group’s nature and behaviours. Managers’ design group behaviour models by observing the employees characteristics because it has often been observed that resembling behaviours of two members within a group brings hurdles in the work process. At GSK, equal opportunity and uniformity is a key group behaviour factor helping to analyze groups cohesiveness and the probity of its organizational culture and communication framework. (Chaneta, 2010)

4.2 Discuss any four factors that may promote or inhibit the development of effective teamwork at GSK. [P4.2] 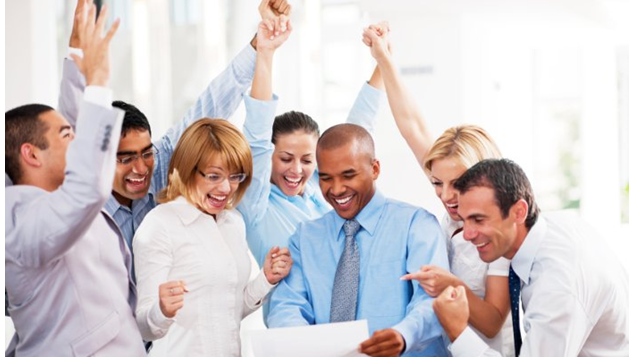 At GSK, teams or groups are treated as building blocks contributing in the business growth and performance. The factors facilitating or inhibiting teamwork at GSK are:

4.3 Evaluate the impact of technology on team functioning at GSK. [P4.3] 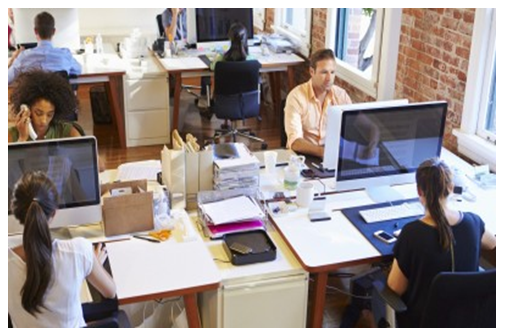 Technology has helped GSK to smoothen its operations. The investment made on technology has empowered GSK in establishing effective communication, save time, cutting down print costs and evaluate employees performances. GSK has distributed smartphones and tablets to all the employees for staying in touch even if not physically present at work. Technologies have relatively made it easier for the managers to monitor the employees, maintain customer database and preparing budget for projects. By using groupware, GSK allows the team members to plan meetings, collaborate, delegate through a virtual platform. Advanced technologies like video conference, teleconferencing etc. allows the members in staying connected irrespective of geographical distance. Intranet networks has provided ample support to team functioning making it easier to record bulk information for future references.

Through this assignment, an in-depth understanding of organization behaviour and its impact on the business has been discussed. Relations between organizational structure and culture have been evaluated and discussion has been made about its relevance in enhancing GSK’s productiveness. A brief analysis about various leadership styles and its influence on employees behaviour and performances have been made. Lastly, the impact of technology on effective team functioning has been discussed.