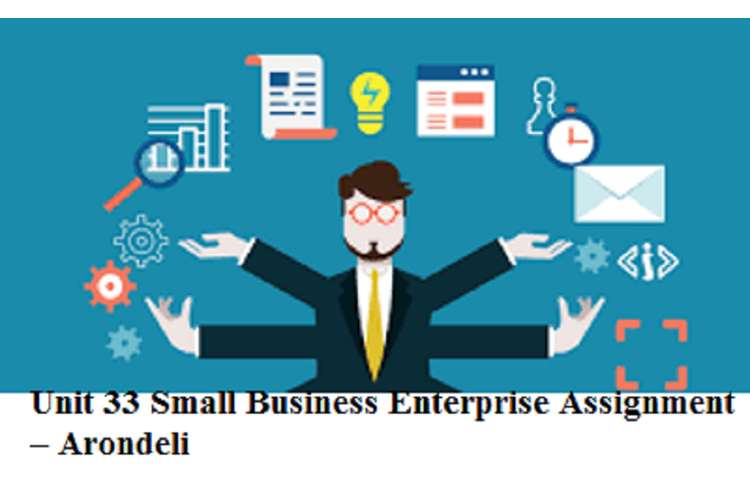 This Unit 33 Small Business Enterprise Assignment Arondeli report is on a Small Business Enterprise which is newbie to the catering industry. Fetched from a good background of feeding people with the best menu, this company is still struggling to be a name in the food industry (Raineret al. 2013). But there are some factors which are stopping it from being the number one company and such problems have been discussed inside the report.

A detailed analysis has been attained to each of the problems and also the good points have been marked so as to support the company to stand tall with the other stalwarts located around the place.

1.1Produce a profile of your chosen small business enterprise (SBE):

Aron’s is an event and corporate catering business situated at Bristol. In Redland, they are the licensed and an equipped name of caterers who can even be hired for pop ups or for a complete occasion (Ackermannet al., 2013). They offers platter of delicious culinary which is inspired by the traditional cooking methods of Eastern Europe and New York Deli (Sluyterman, 2013). Steve Varcoe and Marta Aron, the proprietors of the catering business offers baked, cooked and properly preserved dishes with sparkle of affectiondelivered to it.

To get success in the most easiest ways, SMART, (the abbreviation of Specific, Measurable, Attainable, Realistic, Timely)has its biggest role to play. Aron’s objectives have been discussed below (Haeckel, 2013):

Formerly, both the names remained the owner of Aron’s Jewish Delicatessen, are catering a sundry of items that varies from small get-togethers to a large conference offering hundreds of people (Hall and Rusher, 2013, p. 83). They confirm incredible proficiency in catering to receptions, birthdays or private part. According to Aron, the company proprietor, although their food might hold the smell of Jewish but it is far likely to possess any attar or ingredients of Kosher.

‘Arondeli’ is under tough competition with the similar names of its group ‘Squid and Pear’, ‘Clerkenwell Gree’, ‘Ginger Jar Food’, ‘Chefs on the Move’, ‘A bit of a Mouthful’ and many more. These are the toughest names for this catering business since all are having some of the best servings of the place. What is more threatening for Arondeli is that almost all the names mentioned are in practice of event management too which the former lacks. Infact they are using some of the big fat venues and enhance the place with their oomph of vivacity in embellishingthe occasion (Cavusgil et al. 2014). Confrontation 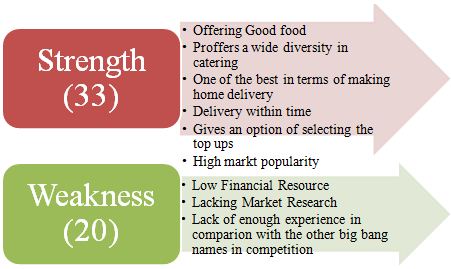 Figure: 1 The Strengths and Weakness of Arondeli 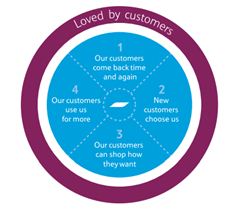 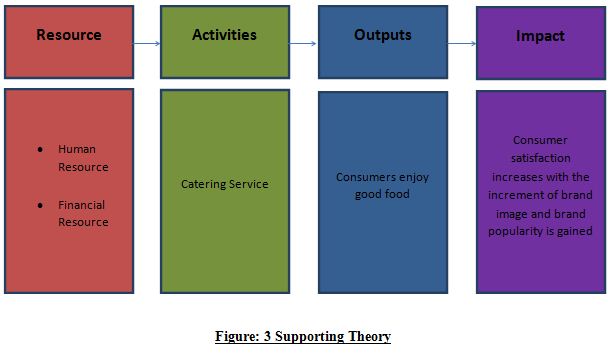 Below are mentioned some of the strategies with which the weakness of the company can be resolved:

Considering the above strategies, Arondeli is capably handling their weakness of

And henceforth coming out with the best outcome ever.

Arondeli is thriving as a catering management company in UK for a year and so but it has gained so much popularity among the consumers that today they are thinking of upgrading their menu list holding the hands of the right kind of people. They are appointing new line of cook for launching their new French cuisines where innovation bonded with quality has been highlighted particularly. With diverse means of checking the competency levels of the chefs, they are in a process of taking the skilled numbers with proper quality check. Striving for almost a year, the level of recognition which they have earned somehow, is something they don’t want to compromise and therefore they are using their continuous skills

But alongwith their manifold places of weakness they are trying to sort out the best suitable outcome to make a full proof blue print to implement in the right possible ways. Such as:

According to Ansoff Matrix, the four arenas of business growth and expansion are: 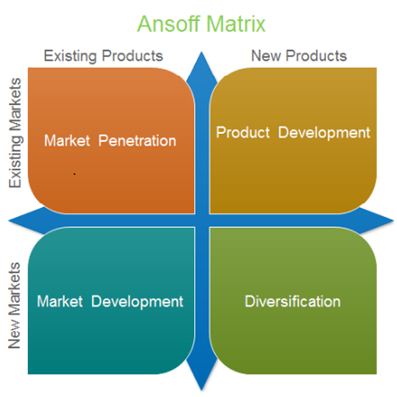 The two areas which need to be expanded are:

Following completion of the first two tasks, you now have a clear picture on how your SBE could develop further.

The organization is moving with an objective to find the maximum number of consumers in the shortest time and make brand popularity as early as possible. With a skilled workforce they are trying to find out the target consumer and henceforth carry out a procedure with which they can come up to a win-win condition. But what they are lacking of is a good market research. For any business, marketing planning comes as the most important thing to consider with which the organization will actually be moving forward. Henceforth market researching is an absolute necessary procedure to follow for a startup business.
Next it is the financial resource which is the second point of weakness with which they are struggling of. Although the company is in lookout to find some better investor to improve their financial; condition but time has its other result for them.
Finally it is the experience which is steering them from scoring the best in the catering industry. Although a new inception, but still need of experience so as to scorethe best and strive for the best.

The bad points are:

The weakness of the company has been distinguished as:

These are the three weakness on which the company has to put a lot of effort. They are required to make it a fact that only consumer satisfaction is the last thing with which they can move further and can excel well in the catering business. Their arenas on which they are needed to work on are:

The two business models on which remodelling of the business plan have been attained are given below: 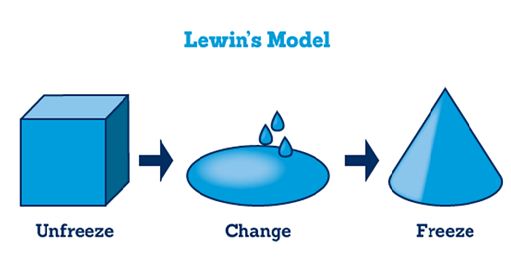 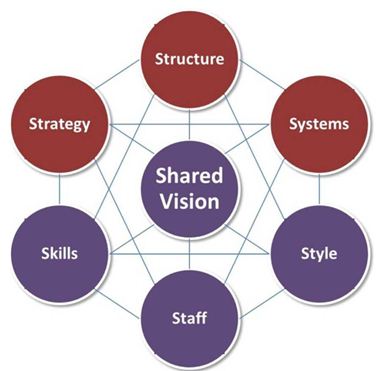 4.1 In the task 3, you have proposed some major changes:

Keeping the above implementation on mind, certainly the company will have the maximum benefit over getting profit. Fixing up their weakness and finding out what are the more things they are needed to focus on; Arondeli should be responsible enough towards the customer satisfaction. It is not only the extensive menu chart that will be attracting more number of consumers towards their everyday schedule; instead it is their manifold actions that willenable them in getting high success to their near future.
A company makes some strategy using which they strive for betterment. Implementing such and bringing improvisation to these, an organization can actually accelerate their speed of riding success (Aronsdeli.co.uk. 2016). Every time the food quality will not be the reason of bringing popularity of making branding of with brand popularity, instead it will be the variation, the different discounts offered and the visibility of getting the shop both online and onroad will actually help them in curving success.
Finding investor will be giving them reason to stand high as investment in getting ingredients, finding good cooks, getting good support team and enhancing the creativity by having a team of creative players will be supported whereas improvement of the menu list and bringing new dishes will enable people from other countries to try their brand atleast once. Ultimately a catering company gets appointed to make event grandeur so no people will be contacting any companies who are having a bad track report.

4.2 Plan how you would manage those proposed changes at your SBE:

The action plan will be requiring: 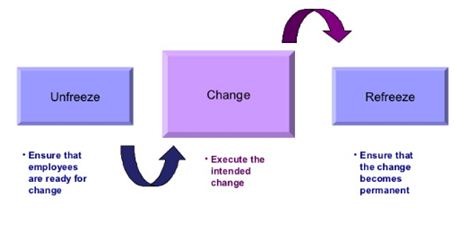 As per the model, the employees first ensures that all the employees will be ready to take the change whereas in the ‘change’ they will be executing the intended changes and in ‘refreeze’ there will be an assurance about the changes which are actually going to become permanent.

4.3 Write a report, how you would monitor improvements in the performance:

After completion of implementing all the improvisations, the company, if not excelling in their business but can bring a lot of modifications and alteration with which they can expect a commendable experience (Ismail and King 2014, p.2). Sales will be hiked with proper implementation of cuisine alterations; investor will find their significance in giving the business a good position as well as the entire circumstance will experience a maximum change. In short it can be said that the company will start earning good revenue along with a reputation that will enhance their record as one of the best catering companies (Ratten, 2014, p. 268.). Moreover with their proposed alterations, they can maintain a good balance between quality and quantity.

With the report, the target audience will be enabled in getting an idea about how a business can effect changes over their various perspectives and henceforth will improvise their business accordingly. Conclusion says that, after attaining all the methods, sales will be hiked, revenue will be generated, brand popularity will be increased as well as brand name will be highlighted. The company can carry out a further plan of proposition after implementing the mentioned plan later ward for generating more hikes so as to be the only name of focus in the catering industry. With some short improvisations, they will be enabled in achieving high and scoring to the zenith of success.