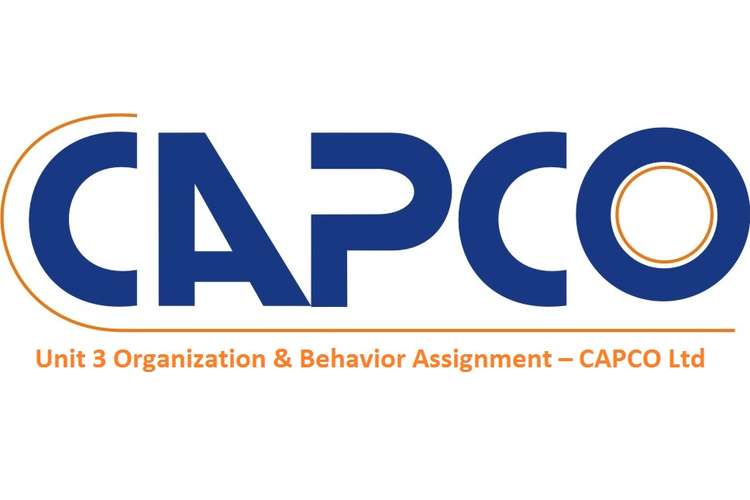 Organizational behaviour is the study of the way in which employees interact with each other and organization. Study of organizational behaviour is necessary to understand the employees’ satisfaction and organizational benefits from individuals. The Unit 3 Organization & Behavior Assignment CAPCO Ltd will go through the culture and structure of a CAPCO organization. CAPCO is a global finance and technology consultancy organization in United Kingdom. The study will highlight the impact of culture and structure on the performance of employees. Later to it, study will determine the impact of historical theories on management practices and identifies effectiveness of leadership style and management approaches in workplace. In next section of report, implementation aspects of different motivational theories will be described with the role of line mangers and leadership styles. The study will also define group dynamics and factors on effective team resources development and functioning. The report will study the subject in context of CAPCO organization for better understanding.

1.1 Compare and contrast CAPCO’s structure and culture with Tesco

Comparison of structure and culture of CAPCO and Tesco

CAPCO organization implements divisional structure to make use of narrow span of control. Span of control defines the managerial position within the structure of organization. CAPCO empowers the management with appropriate power to control subordinating activities.  In comparison of structure of Tesco which is based on traditional bureaucracy structure as it has large chain of levels and less control at each level, CAPCO’ structure has small and flatten chain of levels to manage the organization. In divisional structure, CAPCO divides the organizational objectives in modules to distribute among the levels and executes the tasks with non-hierarchical and team-driven structure. Culture at CAPCO is more flexible, creative and risk-taking whereas Tesco’s culture is centric to use skills in specific tasks and manage stability (Alvesson, 2012). CAPCO’ culture uses the bottom up approach with little bureaucracy to accomplish objectives whereas Tesco is uses top to bottom approach to ensure the workflow and control.

Similarities in culture and structure of CAPCO and Tesco

1.2 Impacts of CAPCO’s culture and structure relationship on its performance

Strategies of management towards the behaviour, attitude and disposition of employees play an important role to define the culture in workplace. CAPCO’s structure makes the use of vertical as well as horizontal distribution of power and control to achieve more through put in given efforts. Critical decisions and organizational goals are defined by top authorities and management to regulate on following levels in structure whereas lower levels are empowered to make their own rules and decisions to deliver performance at upper level. This proper distribution of roles and controls in structure helps to deliver and manage high performance in industry. Structure of CAPCO creates the highly flexible and innovative culture. Structure defines the right way to control information flow among levels and employees which result is a well-communicated and coordinating culture (Zheng.et.al.2010). This culture finally delivers the high performance and productivity. Training, workshops, events and diversity management is at core of CAPCO structure to determine the culture and performance at each level.

CAPCO’ structure is flexible to define their own strategies and rules to achieve assigned objectives. Organization encourages employees to participate in decision making process and structural improvements to enhance the cultural values and ethics of employees. Personal growth is managed parallel to organizational growth to deliver high experience in workplace. CAPCO believes that satisfied and skilled employees are most valuable assets of organization to achieve high performance. In order to achieve performance, CAPCO uses the intrinsic benefits and motivations from structure and culture of organization to direct the employees towards the achievement of quality and performance (Jiménez-Jiménez and Sanz-Valle, 2011). Management respects the social needs of employees and listen from them to feedback the structure and culture of organization. As managing diversity at each level, organization encourages individuals to perform their best in workplace. 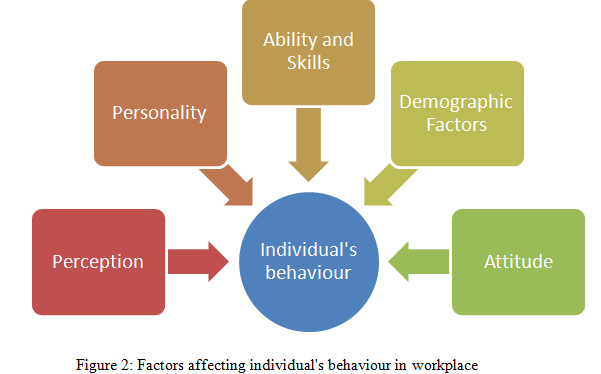 2.1 Effectiveness of difference leadership styles in CAPCO and Tesco

Leadership style is necessary to drive human resources towards the desired functionality. Overall productivity and performance of CAPCO and Tesco organization is not solely depend on capabilities of employees but also on leaders. Effectiveness of different leadership style in CAPCO is compared with Tesco.

2.2 Influence of organizational theories on practices of management

2.3 Different approaches of management used by CAPCO and Tesco

3.1 Impact of different leadership style on motivation in period of change

An organization needs to go through several stages to create brand value and economic status. An organization may be in stage of formation, sustainability, maturing and take-off. Effectiveness of different leadership styles are described in context of CAPCO organization.

Motivation is required in an organisation like CAPCO to direct the behaviour of the workforce so that they perform well and give their hundred percent towards the growth of the organisation. Managers of CAPCO motivate their employees by identifying and satisfying their needs using the Maslow’s and Herzberg motivational theories. 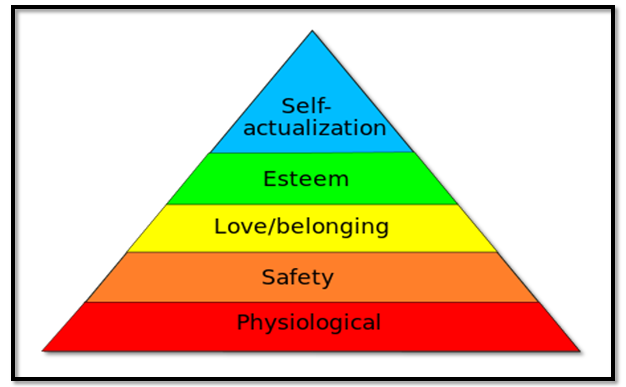 In any organisation the implementation of rules and regulations in the lower level are done by the managers. In the same way, the manager of CAPCO is liable for implementing the theories of motivation in the organisation in an effective manner. He is responsible to look whether the employees or the workforce working in the CAPCO are properly being motivated or not. For this, manager can use various analysis and methods for measuring the needs and expectation of employees and to ensure that employees’ requirements are properly fulfilled or not (Pacesila, 2014). Manager of CAPCO can organise an event or can have regular feedback from employees to improve their satisfaction level in the workplace. Formal and flexible communication can be used by the manager to contact or communicate with the employees.

When the needs and requirements of the workforce are identified by the manager of CAPCO, he further makes the decision of implementing the theories to meet the expectations. A manager after identifying the required needs of the employees, he then chooses and selects the theory which should be applied practically. For example, Manager of CAPCO can motivate their employees by providing job security, good and healthy work place, benefits like promotion, bonus, rewards, etc to motivate the employees so that they perform their task dedicatedly. CAPCO spends a lot in understanding the behaviour of their employees which would indirectly help them in fuller utilization of human resource and reducing the employees’ turnover in the organisation (Mitchell, 2013). Thus, a manager of CAPCO should study briefly the needs and behaviour of the workforce and the theory which is to be implemented accordingly.

4.1 Nature of groups and group behaviour

A group is the collection of individuals who are in regular contact and have a frequent interaction and work together to achieve the common set of objectives. The groups are basically formed with the motive of fulfilment of prestige, power, satisfaction, social needs, etc. Groups help in fulfilling personal and professional needs (Conway, 2010.). In CAPCO, employees form group to manage their task easily and effectively. The grouping may form on the basis of the similarities of their job or responsibility. There are many types of groups such as primary and secondary, formal and informal, autocratic and democratic group, etc. In CAPCO, two types of group are identified. These are as follows:

4.2 Impact of factors on development of effective teamwork.

4.3 The impact of technology on team functioning within CAPCO

In this changing scenario, there is a very tough competition prevailing in the market. To stand and to have a sustain position in the market an organisation trying to use newly developed technologies in their day-to-day operations to achieve its goals and good brand name. To increase the profit, CAPCO uses various technical tools (Weller.et.al.2014). The use of latest technology in CAPCO has improves and in some cases hinder the functioning of the team. These technologies prove in the improvement of customer satisfaction in CAPCO and helps in achieving the needs and demands of customers. It improves the control and coordination required in completing the task in teamwork. Introduction of various new technologies in CAPCO requires organising the training for providing the guidance to the employees related to use of technology safely and appropriately (Pinjani & Palvia, 2013).

Use of e-mails helps members of a team to communicate asynchronously but the negative impact on the team functioning will be if there is any misuse of e-mails. Any type of misuse of confidential mails may hinder the functioning of the team. Use of mobile phones allows member to communicate from anywhere outside the employers premises but sometimes having access always can also hinder the functioning of the team (Mathieu.et.al.2014). Computers enable the members to do any type of complex task easily and accurately but if the information is hacked by someone will also hinder the team functioning. Groupware also enables the team members to plan meetings and to collaborate with virtual environment which can be accessed easily from any part of the world.

The Unit 3 Organization & Behavior Assignment CAPCO Ltd will go through the culture and structure of a CAPCO organization, We are posting units solutions so scholars can explore the our Assignment Help in UK and get review the quality of our work.