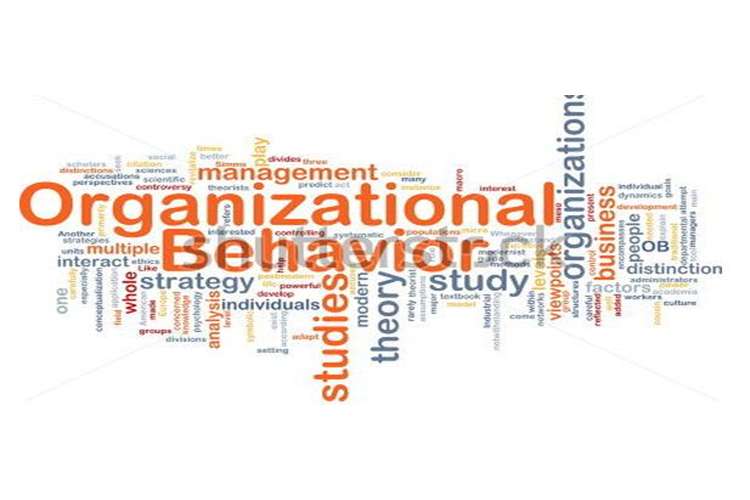 The organisation behaviour and the culture of CAPCO are:- CAPCO is one the leading consultancy of the United Kingdom. It also expanded its business in financial services and managed services. It has 20 offices around the world where more than 2000 employees are working. The key function of this industry is the ‘Global financial services provider’. This sector comprises of the banking sector, financial sector, investment sector, etc. It is the most creative company who believes in innovation. They have different views according to which there organisational structure designed. (Appannaiah, et. Al., 2010) The organisation has a flat structure rather than a hierarchical structure because it has few levels or many times you found that there is only one layer of the management. In other words, we can say that there is a very short organisational structure in this organisation. Sometimes they also opt for matrix structure which is little bit complex. Under this a specialized team is formed like an HR team, marketing team etc. Matrix structure is basically formed when there is a need to work on a particular project. (Dion, 2012) The hierarchical structure is followed by the innovation and entrepreneurial advantage. They believe in team building and groups. They try to motivate the employees and help them to enhance their skills.(Pinnington, 2011)

The organisation behaviour and the culture of TESCO are:- TESCO is acompany which has a very tall organisational structure because it has a very large and a multiple layers in the organisation. It is not a private company. It has government interventions that force the organisation to spilt its structure into a very complex and large network. The power is divided among two, i.e., power with the government and the power with the locations.  The majority of the power is in the hand of the Minister of the Health.(Buelens, 2006) There are many benefits of having a tall structure like the coordination and the efficiency in the working of the employees become better. All the individuals have an idea of their responsibility and requirements. It is the smoothest way to run an organisation as every individual has its own place and own work to do. There is no link between the employees. The main motive is to complete the task on time.(Mondy, et.Al. 2005)

1.2 Explain how the relationship between an organisation’s structure and culture   can impact on the performance of the business.

1.3 Discuss the factors which influence individual behaviour at work.

Team :Team is formed by the associated employees and workers that works together for the common goal. The members in the team and the relationship between those members affect the behaviour of the each and every individual. It is the organisational factor that affects the individual behaviour. More compatibility in the team emebers influences the same to perform effectively.

Leaders:This is also the external factor that affects the individual behaviour at work. The type of the leadership in the organisation affects the relationship between the employees ad the leaders and hence affects their performance and behaviour.

2.1 Compare the effectiveness of the different leadership at CAPCO and any other organisation of your choice. 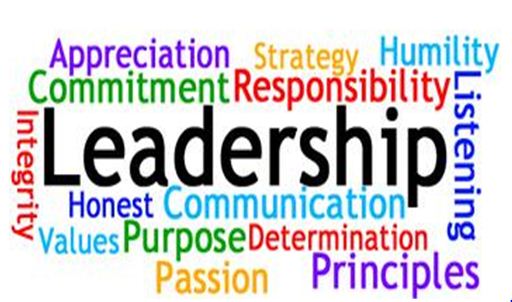 The leadership style of an organisation decides according to the requirement of the organisation. A leader plays a vital role in leading the groups and the teams. He is responsible to motivate, guide, controls and to provide help to them. (Steinberg, 2008)

2.2 Explain how organisational theories (e.g. scientific management and human relations theory) have had influence on the practice of management.

2.3 Evaluate the different approaches to management used by CAPCO and your own chosen organisation.

Leadership styles have a significant effect on the motivation of the employees. It happens not only in small businesses, but also in the world’s largest organisations. These styles have great impact on everyone, starting from the top level of management to the bottom level of management. They have the ability to create a corporate culture in the organisation and to influence the performance of the employees.(Aswathappa, 2010) 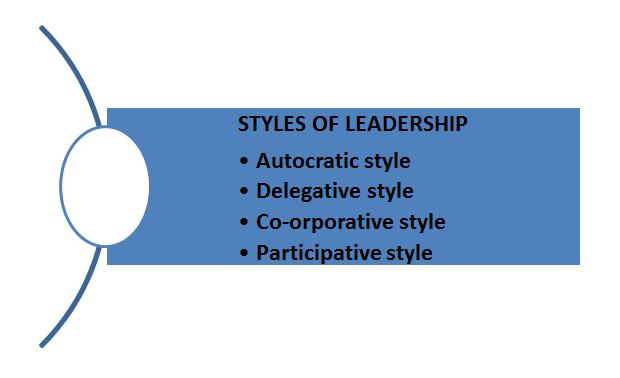 Autocratic style-This type of leadership is also known as “Authoritarian Leadership”. Under this, there is a clear division between the leaders and the workers. These leaders will make decisions by their own ways. There is no involvement of the employees in the decision making process. They are the most confident and responsible leaders. They make strategic plans and implement them also. Although, it is found that these leaders are not creative leaders. The employees are also remains least motivated under this style of leadership.

Delegate style- This type of leadership is less effective in comparison of autocratic because the leaders rarely make decisions. They leave this task on the employees and not actively participate in the work. They seldom guide employees and distribute the authority of decision making to the team members. Due to this, there is a situation of confusion arises between the hierarchies of management.(Dion, 2012)

Co-operative style- A style which is the most relevant style of the leadership is co-operate style. It is the most comfortable and easily applicable style. Under this style, the employers and the leaders become very comfortable with each other. It safeguards the interest of the employees and provides them guidance to work accurately.(Appannaiah, et. Al., 2010)

Participative style-This style is also known as “Democratic leader”. The companies which are developing in nature generally adopt this style of leadership. This is an opposition of the autocratic leader. Under this, the leader makes decisions by discussing it froman entire team of the employees. They encourage participation and involvement from the employees. This is one of the positivestyle to adopt leadership in the organisation.(De Liso and Leoncini, 2011)

Motivation is very important in the organisation to keep the employees satisfy. As we know that if an organisation wants to accomplish its goal, then it should require financial, physical and human resource collectively. Human resource can work only when they are willing to perform. This gives the organisation a benefit to optimise the use of resources. It also enhances the level of efficiency of the employees. Motivation leads to the achievement of the organisational goals also. It helps to build a good and friendly relation between the employer and the employee. Motivation acts as a tool that brings stability in the organisation. Employees remain motivated and hence the turnover ratio falls down. Employees will learn the concept of management and skills in a very rapid way. This practice gradually turns into self-motivation. (Subba Rao, 2010) A car needs fuel to run on the road. Likewise, employees need some financial and non-financial factors to remain motivated.

Different types of motivational factors are-

Status- Status is also a kind of recognition that an employee wants after reaching to a certain level in the organisation.(Appannaiah, et. Al., 2010)

A team refers to a group of people who share a same interest and have a common goal. They all carry a similar role and responsibility according to which they have to perform. They work together to achieve an objective that is assigned by the employer. A team has some similar traits and also have a common understanding that makes them comfortable to work with each other.  (Mondy, et.Al. 2005)

In the case of CAPCO, there are two types of groups-

Formal group- A group of people which is formed for a specific purposeis known as a formal group. These groups are large is size and form a particular type of structure. Under this group, the communication flows from top level of management to the bottom level of management. The principle of scaler chain given by the Henry Fayal is applicable is this type of groups. Formal groups are found in most of the big organisation. (Bryman, 2011)

Informal group- A group which is formed deliberately by the people to achieve their own goals is termed as informal groups. The communication planning freely under this type of group. There is no monitoring work takes place. These groups are small in the size. The structure is not well defined under these groups.(Goldsmith, et. Al., 2010)

CAPCO is an organisation that believes that the work can easily be done through team building. They adopt the thesis of creating a strong bond between the superiors and the subordinates. This organisation has both the groups formal and informalthat has their own responsibilities to be undertaken. The work is dividedamong the teams so that the work can be done on time and in an accurate manner. In this organisation, the teams have their ownmanagers who are responsible in handling the whole team. A theory termed as Berbin theory that give certain behaviour of the employees working in an organisation to accomplish goals. 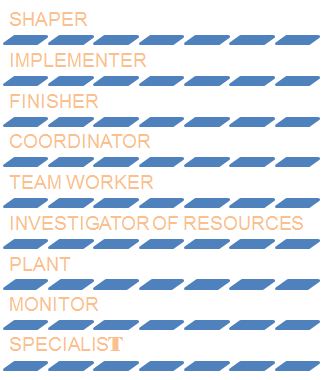 Discuss factors that may promote or inhibit the development of effective teamwork within CAPCO or your chosen organisation The growth and the development of any team depend upon the manager who manages it. It also depends upon the systematic management that helps to accomplish the desired goals. Managers are the responsiblepersons who guide and monitor the work done by the team. The outcomes should be standardised and effective in nature. There are many factors that affect the effectiveness of the team work. Some factors promote the effectiveness while some other inhibit the effectiveness of the same.

4.3 Evaluate the impact of the technology on the functioning of team within   CAPCO or your chosen organisation.

Now days technology has become the basic requirement for each and very organisation. Either the organisation is big in size or small, developed or developing, but technology is used by almost every one. Under the management of team, technology is playing a vital role as it helps to manage the functioning of the employees, budget for the teams, time saving, and allocation of human and other resources, etc. Communication has become very easy with the use of technology. It helps the organisation to make conversation with not only the local clients but also the foreign clients.

The benefits that CAPCO have due to technology is-

The objective of this study to give the learner a brief knowledge about the organisational behaviour.It acts as an important part of every organisation. Whether the organisation is big or small in size. Under this study, you can learn the different types of styles of leaders, the approaches of the leadership styles, theories of leaders, theories of motivation of Maslow and Herzberg. It is also important for an organisation to adopt a particular structure. It provides a clear understanding of the employees and also their roles and responsibility remains stable. It brings out an effectiveness and efficiencyin the performance of the employees and helps them to work with their interest. There are many factors discussed in this study that tellsus how to keep the employability skills motivated.