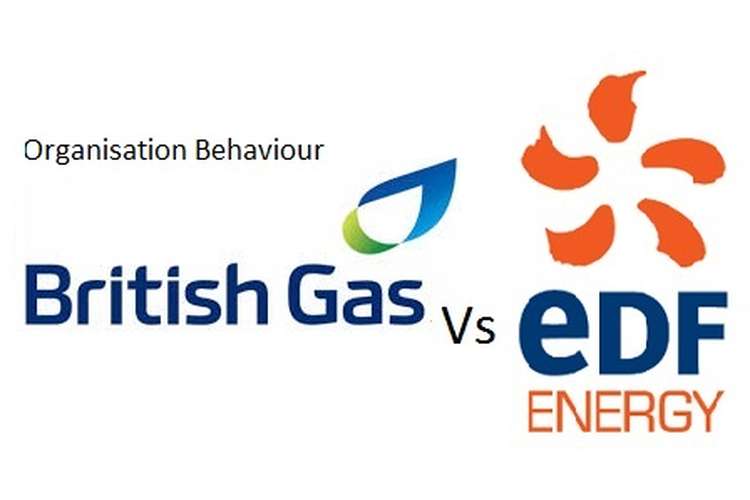 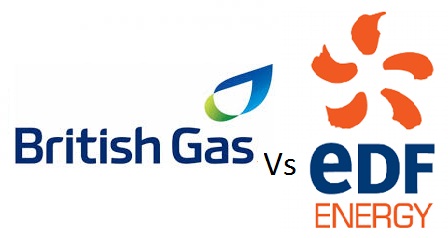 British Gas has a tall structure and thus has a hierarchy at place. Employees always report to a higher authority and a chain of command with narrow control exists. The system of command and reporting means that the traditional hierarchy levels dominate the leadership styles implemented. British Gas has an apprenticeship programme in place for all the starters at the operational level. This level is the basis of entry into British Gas for aspiring employees. The ‘Strategist’ Leadership can be associated with this phenomenon as through this apprenticeship programme it lays down the selection procedure for the employees. The different trainees are imparted the most competent of trainings in the sector where the management make them face the most challenging of environments so that the individual can handle issues in real life scenario. Employees are given the objective of turning into a full time expert at the field and this is a style that can be associated with the ‘achiever’ leadership. Thus the achiever and the strategist leadership style can be associated with British Gas. (Businesscasestudies, 2016)

Edf energy is an organisation which clearly claims a culture which thrives on teamwork and preparation for the future. Emphasis is laid on inclusion of all members and the utmost priority is given on enhancing the skill levels of the employees. Cultural diversities are welcome in the company and the workforce exhibits tremendous levels of unity. This is only possible through effective transformational leadership. The employees are taught to achieve high by working as a team and that reveals attributes of the achiever leadership style. Edf as an organisation know how important it is for the employees to work well as a team and how significant it is to provide a good work place. This is a prime example of sound ‘strategist’ leadership in the organisation. Thus the traits of achiever, strategist and transformational leadership can be associated with Edf energy. (Edfenergy, 2016) Thus, by taking the organisation structure and culture into consideration of British Gas and Edf, the prevalent leadership styles within the organisation has been analysed and discussed.

British Gas is a large company and hence has a large organisational structure in place. The structure is tall in nature which validates the presence of hierarchies. A wide chain of command exists but with a relatively narrow span of control. The employees are always supervised by the seniors and a large structure sometimes ensures the slow decision making process. But the large size of the organisation does not ensure weak control over employees. British Gas has a sound training & development and apprenticeship programme in place that develops the employees competently. British gas has in place the Graduate Development Programme along with the apprenticeship programme at the operational level. This is one point of entry opportunity into British gas and the starting level has to be the operative level. Apprentices require at least 4 GCSEs at Grade C and the minimum age set for an individual to be a British Gas apprentice is 16. An apprentice engineer is mainly responsible for the customer service of the central heating system and its required maintenance. As an apprentice and a trainee, a lot of skills and abilities are imparted to the individuals so that they can grow up to be professional experts. One of the key categories of emphasis is inculcating the skills of customer service. (Businesscasestudies, 2016)

All of the above analysed factors underpin the practice of management in British gas.

The management approach can be related as Classical administration and Systems approach for British Gas. The tall structure of British Gas ensures the prevalence of the hierarchical system and people throughout all designations happen to report to or is supervised by a senior or supervisor. It is a system that lasts from the operational level to the top management executional level and this can be associated with the Systems Approach. The training and development and apprenticeships programme ensures that not only is emphasis laid on the output of the employees but their development and efficiency at work place is also catered to and this is an instance of the classical administration approach. Employees are made to face a challenging situation to cope with especially the trainees so that they can be better prepared for the real life scenarios. Targets are prepared for achievement by the employees but proper training is also imparted that validates the presence of the classical administrative approach. (Businesscasestudies, 2016)

Edf energy on the other hand thrives on the preparation for the future and lays a lot of significance on the inclusion of all members in the organisation. The management at Edf understands the importance of people getting together and performing as a team and hence proper facilities are arranged and provided to foster chances of effective team work. The ideas and opinions of all employees are considered at all time and this is one of the attributes of the Human Relations approach. (Edfenergy, 2016) The Human Relations approach exhibits a style of management where employee emotions and welfare are catered to and given due priority and the same can be associated with Edf energy. Empowering the people in the organisation and ensuring that they are always developing their skill level through their mode of operations and training provided is one of the primary objectives of the management which complies with the principles of the Human Relations Approach. (Miller, 2014)

1. Discuss the impacts of having different leadership styles on organizational motivation in the periods of change in British Gas

The impacts of having different leadership styles on organisational motivation in British gas are the following.

2. Compare the application of different motivational theories within British Gas and edf

The application of Maslow’s Hierarchy of needs and Herzberg’s two factor theory has been considered for application within British Gas and edf.

Maslow stated that every individual has different needs and based on the nature of the need, they can be categorised into one of the five levels of needs. The various levels include:

Herzberg’s two factor theory, which is also known as the Hygiene Theory states that in an organisation there is always a set of factors that will satisfy and keep the employees motivated and a set of factors that will demotivate and dissatisfy them. He called them satisfiers and dissatisfiers respectively. The various satisfiers in British Gas and Edf include a good working environment, incentive salary structure, appraisals and recognition, promotion, good leadership, training and apprenticeship programmes, etc. The various dissatisfiers in these two organisations include autocracy, harmful work environment, stringent policies, work life imbalance, penalties and deductions, etc. (Maliwan, 2014)

3. Evaluate the usefulness of a motivational theory for managers. Draw examples from British Gas and edf

A motivational theory helps the managers in establishing the various measures that will keep the employees motivated at workplace. Maslow’s Hierarchy and Herzberg’s two factor theory are theories of motivation that can be useful to a manager. Maslow’s Hierarchy of needs will help in recognising the various levels and types of needs of employees and the management can thereafter take steps in fulfilling that need so that the employee stays motivated. One example of British Gas applying Maslow’s motivation theory can be related to the prevalence of the incentive and motivation programme that they effectively have in place. This programme was designed by P&MM and they received gold at the Eventia Awards for this. (Personnel Today, 2010) The satisfiers and dissatisfiers of the Herzberg’s two factor theory also ensures that British Gas incorporates a good working environment for their employees and they aim to do this by ensuring that the work place environment is enhanced by increasing the gratitude levels from the top management towards the employees as it makes a huge difference in the motivation of the team. (Britishgas.co.uk, 2016)

These motivational theories also play a huge role in Edf energy as a lot of emphasis is given on teamwork and employee development. The graduate development programme in Edf focuses on keeping the employees motivated by ensuring that the employees develop a sound skill set by subjecting them to the latest technologies of engineering so that when they complete they are up to the mark with regards to the Industry Standard and then they are provided with a lucrative job offer. This is for freshers and trainees especially. This is how Edf energy resort to the esteem needs and satisfiers of Maslow’s Theory and the two factor theory respectively and maintain the levels of motivation among the employees of the Organisation. (Edf energy, 2016)

4. Explain the nature of groups and group behaviour within British Gas and edf

Within the organisation of British gas, there prevail teams who have to carry out separate set of instructions and objectives. Every member of British gas belongs to a particular team and the team is led by a manager. The leader mainly does supervisory duties and in British gas, the team managers are called Service Managers. They organise routines for customer needs and also promote the products of the company. They are required to lead by examples and they are responsible for setting targets for the team and for him and valuable opinions, knowledge and ideas of the managers are required to be communicated to the employees. Apart from this the manager should see to it that the employees are motivated enough and end up achieving the objectives and targets that are given to them and advice them on various aspects that he thinks needs alterations or improvements with regards to the mode of operations of the employees. (Businesscasestudies, 2016)

In Edf, teamwork is one thing that is provided a lot of significance. One of the primary principles of this organisation is the principle of inclusion by the virtue of which all the members of the team are eligible to participate in the decision making activities and procedures. One of the visions of Edf is to provide affordable and low carbon energy to its customers and it aspires to do so by establishing complete transparency and teamwork. Emphasis is given on the future development as a team or a workforce and development is mainly targeted by the attainment of sound skill sets that will only make the employees more efficient and valuable for the company. Skill development has always been prioritised and condition has always been looked to foster the prevalence and practice of effective teamwork within Edf. This is the nature of group behaviour within Edf. (Edf energy, 2016)

Read About Aspects of contract law Negligence in Business

5. Discuss the factors which may promote the development of an effective team work within British Gas and edf

The various factors that may promote the development of an effective team work within British Gas and Edf are the following:

6. Evaluate the impact of technology on team functioning in British Gas

Through this study we find out that technician and strategist approach of leadership is associated with British Gas and transformational leadership can be associated with Edf energy. The tall structure ensures the prevalence of a hierarchy in British gas while teamwork is the primary objective of Edf energy. We understand that the classical administration approach is implemented by British Gas and Human Relations approach is implemented by Edf energy. The motivational theories taken into consideration include Maslow’s Hierarchy of needs and the two factor theory of Herzberg. The various factors that promote the development of effective teamwork include individuals, group size, group norms, leadership, etc. The various impact of technology on British Gas includes  project management  software, cloud computing, etc.