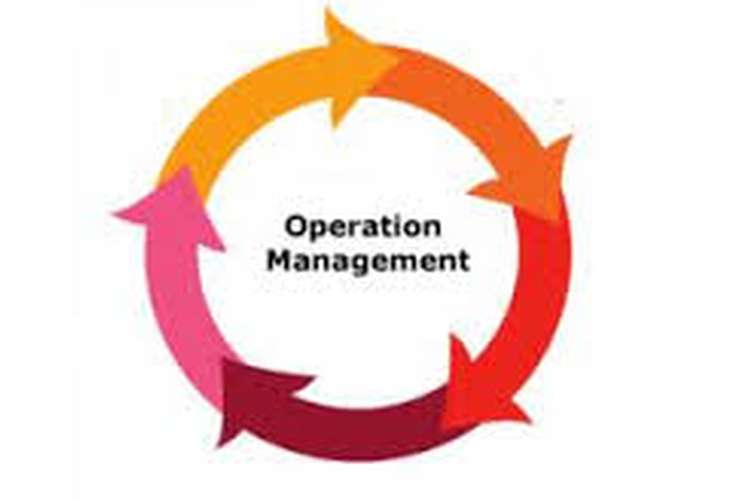 The Operations and project management assignment is based on the case study of WH Smith and has the basis of operations management. Task 1 would discuss on the importance of operational management and the need to produce safely, on time, to cost, to quality and within the law. It will also establish a link between the operations management and strategic planning. Task 2 will discuss on the importance of 3 E’s. It will explain the tension that prevails between the cost minimization and quality maximization. It will analyse and explain on the significance of 5 performance objectives. Task 3 will explain the process of linear programming, critical path analysis and network planning and operational planning and control process. Task 4 will produce a set of clearly defined operational outcomes, network plan and critical path. It will also discuss on how quality could be defined and maintained.

1.1 Explain the importance of Operational Management to WH Smith.

WH Smith was able to become one of the most regarded and highly paid retailers by going against the grain. They established their systems, processes, practices and the procedures. They analysed the importance of having the systematic processes and management of the operations well. The CEO of the company Kate Swann broke the rules of the running of the high street retail business (Voss et al, 2002). She took the decisions in the area of expansion on the basis of the operations that were running successfully by the company. She stopped Zavvi and HMV in the face of the online competition. It could be said that it was operations, its analysis and the market trends that helped the CEO to analyse the changes and the developments that she has to bring about in the company. From the case study it could be inferred that Operations Management acts as the heart for an organization. It is very important to build and run the business operations of the company successfully. It handles the operations, designs, implementation and management of the complete system of the company. It gives a great clarity on the roles, responsibilities, significance and importance of the employees, management and employers of the company. WH Smith ensured that there would be efficiency and effectiveness in the business and operations of the company when they managed their operations well. It reduced the business in the areas where it felt there was lesser revenues and profitability. It was operations management that helped the company in bringing the productivity and profitability to their products and services (Stevenson & Hojati, 2007).

1.2 Explain the need to produce safely; on time; to cost; to quality and within the law in WH Smith.

For each and every organization, the need to producehealth and safety is very important for the company especially its employees. Employees are said to be assets for the company. They have to be given a safe and secure environment so that they are giving effective and maximum productivity.

WH Smith gained the image of the best retailer in the market as it used to deliver its products and services in time. WH adopted the measures so that the company is able to meet the customer expectations and sell them the products in time.

The major driver for the success of WH Smith was cost effectiveness. It saved the money by restricting itself to the areas which are less profitable and helping the company in gaining the profitability.

WH Smith was able to attain the most successful and significant position in the market as it brought about quality in its products and services. Due to its quality orientation, it attained the loyalty of its customers.

To produce within the law

WH Smith operated its company as per the rules, regulations and legal acts and framework. This in turn helped the company in attaining its position in the market.

1.3 Explain the link between Operations Management and strategic planning as it concerns WH Smith.

1.4 Produce a systems diagram to illustrate a typical business of WH Smith

Under this task a discussion on the 3 E’s would be carried out with reference to the case study. It will establish the link between the cost minimization and quality maximization significance and 5 performance objectives set by the company.

Economy refers to the process of doing the business activities in such a way that there is cost minimization and optimization. WH Smith understood on importance of closing of the business areas where it is earning losses and not much profitability. It understood to develop the areas where it can effectively earn the profits and revenues. It was due to the economic decision of the company that it established and worked upon its operations. This helped the company in achieving the businesses well.

It refers to a process of doing things easily and smoothly. It also refers to a process whereby the outcome of the business is same and matching with the strategic plan that has been set up. WH Smith took effective and corrective steps and reached far beyond its image with the competitors.

WH Smith worked effectively by studying and analysing the markets, competitors and the existing processes for operations that are followed by the company (Krajewski & Ritzman, 1999).

2.2 Explain the tension between cost minimization and quality maximization at WH Smith.

During the initial times, when the company was struggling, it had to save on its costs and make sure that the operations are run on the minimum costs with the effective output. During these times, cutting down the costs in all the areas could have been riskier for the company. Based on the economic and market requirements, the company planned to stop working in the areas which were very less productive and profitable for the company. It used various strategic approaches like organizing several promotional activities, setting up of stores in various locations and closing of the unprofitable businesses. Based on these and even the process by which they could introduce the maximum level of quality, the company has succeeded. The strength of judiciously using the economic approach helped the company in achieving quality perspective and objective within the organization.

2.3 Evaluate the significance of the five performance objectives that underpin operations management of WH Smith.

The 5 major performance objectives that were set for the operations management in WH Smith were:

Linear Programming has become a very significant tool for the WH Smith operations. It is said to be a tool or the procedure that helps in the taking of the effective management decisions by the company. It has helped WH Smith in reducing of costs and prices pertaining to the management and business decision making. It has also helped the company in attaining the highest image as a top retailer in the market. It has even enabled the company in making its day-to-day and later decisions of the management origin.

Critical Path Analysis is said to be a tool that helps the organization in the following ways: • Setting up of the sub tasks for a bigger task or the target. • Displays the order in which the various activities or business processes have to be carried out. • It even prioritizes the various activities in the order of their significance and set up. • It enables a company in knowing the various resources that would be needed to operate the company. Hence CPA is said to be a project planning and management tool. It helps in carrying out of operations and various processes well.

3.3 Explain the need for operational planning and control using any WH Smith Operations.

It has been observed that even after the operations are run successfully then also there are certain areas where the decisions are very important to be taken. This is due to the reason that decisions are taken on small scale and not for a longer run. They have to be taken so that there is effective planning of the operations. For this purpose of making and taking the decisions effectively for small periods, there is a need for the planning and control. It helps in the control of manpower, capital and various other resources well. It helps in predicting the demand for the future for the various resources. Based on the planning process for the various operational activities, the control over them would be established and followed so that there is an alignment of all kinds of resources well.

This is the task that will be producing the set of clearly defined operational outcomes using any WH Smith Operations. It will also produce the network plan and indicate the resultant critical path for the company.

The set of clearly defined operational outcomes using the WH Smith operations are:

The task that would be taken up is developing and organization of a promotional activity or the campaign by the company. The tasks that are involved in this activity are:

The above is the critical path that has been formed along with the network diagram (Flynn et al, 1990).

4.3 Explain how quality could be defined and maintained.

Quality could be defined as the state which is free from defects or any kinds of errors. It is essential for a company to maintain quality. It could be achieved in the following ways: • By proper check and audit mechanism. • By consistently following the regulations, acts, legislations and techniques as per the required standards. • Training and development of the staff for effective and productive ways.

WH Smith was able to redevelop and attain its highest position in the retail industry by following specific operational standards and procedures. It has been able to follow the operations management and develop a strategy that has helped it to achieve success for a longer run or period. The major strategy that the company followed was closing of the non-profitable business units and segments. It helped it could reduce the costs and invest in the core areas where it could generate maximum revenue. It even introduced and opened up a lot of stores and the outlets in various areas so that it could attain profitability and help itself in reaching maximum number of customers. It even carried out the promotional activities, events and programs so that they could easily target the target customers that it has set for itself. The company walked against the current and achieved the profitability in all ways. In the nutshell it was successful as it organized and effectively managed its operations (Gaither, 1987).