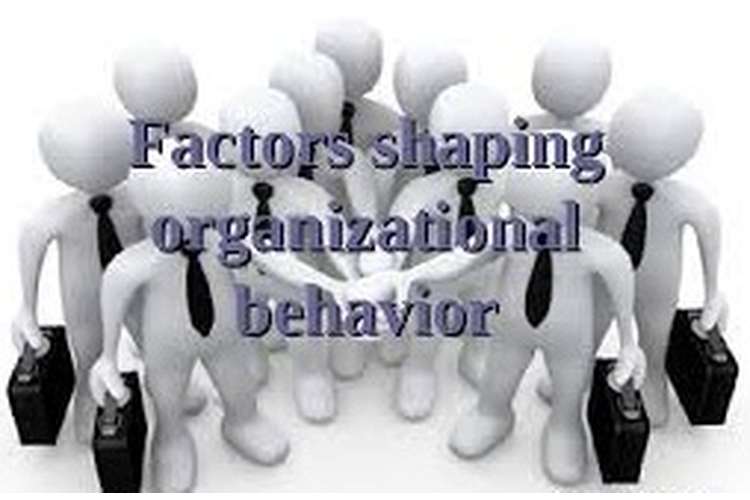 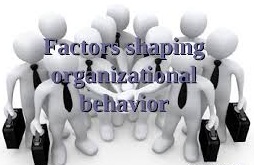 1.2 Explain how the relationship between an organisation’s structure and culture can impact on the performance of the business.

The main objective of every organization is to fulfil the needs of the customer by providing them goods and services. The organizational structure of CAPCO is very short as a result there is a close bonding between the    employees and the managers. In decision making process the top level management consults with the other individuals of the organisation. This creates a sense of responsibility between them. Their organisation structure is  temporary and based on the projects. If a project gets completed then the employees move to another project and then it creates a new organizational structure. (Goncalves, 2006) The structure of an organisation highly  motivates the employees as their advice has been taken before making any decision and they also have an access. Employees in this organisation are free to ask any questions and give suggestions to the organisation for any  improvements. It motivates the employees and affects them in a positive way. As a result, they give their all efforts to the organisation and work in an effective way for the success of it. CAPCO believes in working in teams as it  collects all the skills of different individuals in the team which results in higher outcome and focuses on a number of goals at a same time and it gives more opportunities as to respond to new markets at the time when there is  more demand for goods and services. Organisational structure explains that how the roles and responsibilities are given to the employees and chain of communication within the organisation between different levels. More the  flexibility in the organisation, the more will be the openness between the managers and the employees. (Dyer et. Al., 2013) CAPCO has an open working environment in which managers are very familiar with the employees so  the supervision has been work in an effective way as they have a good understanding with each other. In this culture, it becomes easy to delegate roles and responsibilities to the employees. There is a good communication  between the employer and employee which creates a better control in the organisation. It contributes in improving quality of products and provides it in fair prices. They basically triesto satisfy the expectations of the customers  by providing them with best quality products and services.(Dugdale and Lyne, 2010)

1.3 Discuss the factors which influence individual behaviour at work.

2.1 Compare the effectiveness of the different leadership at CAPCO and any other organisation of your choice.

2.2 Explain how organisational theories (e.g. scientific management and human relations theory) have had influence on the practice of management.

There are many organisational theories that influence management aspects of an organisation. All theories have their different priorities and different beliefs.(Appannaiah et. Al., 2010) The theories are adopted as per the suitability and conditions in the organisation. The different approaches are-

2.3 Evaluate the different approaches to management used by CAPCO and your own chosen organisation.

CAPCO  mainly used classical management approach for the development of individual’s work which believesin practical aspects and approaches so as the selection and training of the worker has been done in a proper way and they can cooperate with the workers so that all the tasks has been done in a proper manner and as per the principles.  There are many situations in CAPCO like conflict situation, delegation of responsibility and authority, power etc. and CAPCO uses different classical approaches as per the circumstances.

CAPCO believes in team building and in this scientific approach works in the best manner as all the group members knows that what are the tasks expected from them and in which way they need to do the task. This approach also defines the best and effective utilisation of tools and resources.(Aswathappa and Reddy, 2009) Principles are maintained in the organisation and the working and structure is applicable as per the principles. All the employees are provided with the best training and development facilities so that the efficiency of employees can be increased as per Bureaucratic approach. Henry Fayolhas given basic five principles for getting a task done in the best way so that all the commands can flow in a right direction. Administrative approach supports all the operational process of an organisation. CAPCO uses all these approaches for the betterment of the society by providing best products and services to the organisation.(Diamond and Diamond, 2007)

Every manager can be a leader but it is not necessary that a leader is a manager. Leadership skills can be exist in a top level, middle level and lower level employee. There are so many differences between an employee and a manager. There are some changes in an organisation which are created by leaders only and managers basically react to the change. Leaders are responsible for creating teams while managers can only give some good ideas.

There are many qualities which an effective leader possesses and they are:- 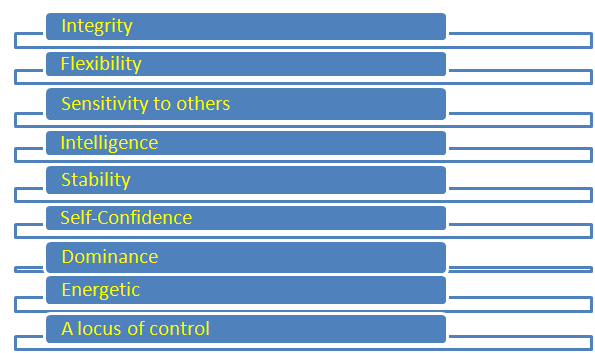 It is important for a leader to manage everything in a proper and effective way. There are four types of management styles:-

Leadership creates a successful change within the organisations, as the leaders are the innovators that provide positive factors to the organisation. Different managerial styles are adopted by them which make an organisation more flexible.(Appannaiahet. Al., 2010)

There are four types of leadership approach-

It is important for managers to understand and apply motivational theories at workplace to improve the performance and motivate the  employee relationship .  Rewards and incentives are the monetary benefits given to the employees which results in increasing performance and productivity of the employees.

A vehicle needs fuel and oil to work in an effective way. Alike, an employee needs some motivation for the effective performance. Now days, companies are introducing many innovative motivation practices which improves the employee’s performance. Managers are responsible for motivating the employees to improve their level of performance.(Aswathappa and Reddy, 2009)

The different categories of motivation are- 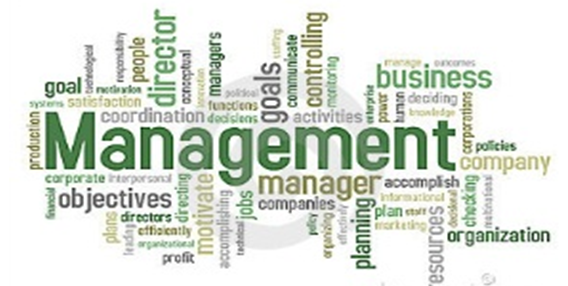 Team means when individuals work towards the same goal and are equally responsible for the success while a group consists of two or more than two individuals who have common interests and they identify each other well as they share common traits. There are two types of group-

In CAPCO, there is a close bonding between the superiors and the subordinates as they believe on team building.  They have formal groups which are created to fulfil a particular task. The main purpose of creating teams is to provide a proper structure that results in increasing efficiency of employees in participation, problem solving and decision making process. It creates a clear understanding between group member and they get more support from their group. Group members are selected as per the requirements of the project or goal. They should possess all the qualifications and skills which are needed for fulfilling the requirement and needs of the group. (Osborne, 2008)

Belbin’s Theory- Belbin has defined nine behaviours of individuals at workplace. They are known as Belbin’s team role.

Development of a team is a systematic procedure in which many things are considered for the effective outcome by the team. Its procedure consists of five steps and they are-

There are some factors that promote the effective development of the team or we can say they are the necessary elements without which a team cannot able to achieve its goal.

Technology plays an important role in a team functioning because it can help the team in many ways like effective allocation of resources, preparing budgets and saves time of team members as everything can be done in more effective way with the help of the technology.(Critchleyet. Al., 2007)

Technology helps in better communication between the team members and saves time and expenses both. It can facilitate a better and systematic communication which minimizes confusions. One of the main benefits of technology in functioning of team is, it can make possible to communicate for people having different schedules and locations by instant messaging, e-mails, and video conferencing.

There areproject management software in the market that can track the progress of a project. As per the program, you just need to enter the estimates, budgets and schedules and other related things of the project. It can be accessed by anyone and each member can acquire the information from it and upload the status of a task which is allotted to him. They help to keep project on a correct track.(Aswathappa and Reddy, 2009)

Technology also helps in managing virtual teams that include individuals who work apart from each other. Technology helps these teams by communicating through Internet or web technology. As they are far from each other and they are in a team that needs clear understanding between each other and it can become possible only with the help of an effective channel of communication like e- mails, fax, teleconferences etc. It is not possible for everyone to perform in a virtual team as all the members need to work in an independent way. They need to work without external control so the team members need to communicate clearly, positively with the limited available communication channels.(Goncalves, 2006)

Cross–cultural Teams- Cross-cultural teams are those teams in which the individuals belong to different cultures and it basically exists for international businesses. In these teams, there are many problems and one of them is communication problem. At present, everybody cannot understand and speak English which leads to misinterpretations. Working in a team means to understand each other and put collective efforts for the achievement of the goal. For resolving this issue, technology plays an important role as people exist in different countries may communicate via e- mail, and various other telecommunication facilities.(Aswathappa and Reddy, 2009)CAPCO’s employees are getting all technological facilities and they communicate in a well manner with the help of the technology. E-mail, Facebook, twitter etc., they all help the organisation in transferring the technology in a better way.(Appannaiah, Reddy and Kavitha, 2010)By using the technology the team members can save their data as today there are cloud facilities available by which your data can be kept save forever.(Yoder-Wise and Kowalski, 2010)

Organisational behaviour is an important part that affects the business of the organisation. It consists of the organisational structure, leadership styles and manager’s behaviour towards the employees. As employees are the most important resource in an organisation, the more open work environment provided to employees can create more sense of responsibility in them. Working in teams is also an effective way to maintain high standards in an organisation as a group consists of different individual who possess different  employability skills  and qualities within them.  This results in effective working and higher productivity. Employees must be provided with motivational factors. They can be monetary as well as non-monetary. These factors motivates employee and creates a positive attitude within them and make them to perform well and improve their performance. All the employees have separate perception regarding things and they behave according to them. There should not be any discrimination within the organisation as it leads in negativity in organisational structure.