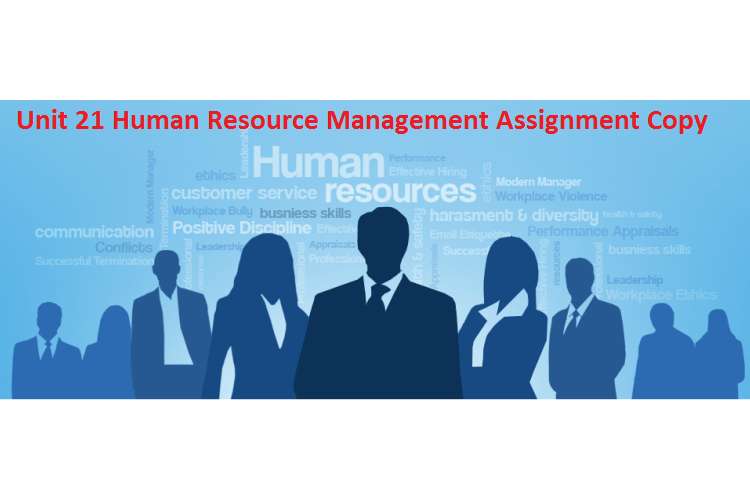 The employees are the biggest assets that any company has in the current times and therefore it all falls down on the shoulders of the management and the human resource department to maintain the quality and the quantity of the work that they can get out of the employees and for this there are many things that they need to do and understand because all this will ultimately push the company towards the height of success and profit. All the aspects related to the management of the employees will be discussed in the different parts of this Unit 21 Human Resource Management Assignment Copy with reference. (Human Resource Management, 2009)

When it comes to the working of the business market, there are a lot of ways in which the companies can operate which may or may not be similar in nature and the impact that they will have on the future of the companies is also going to be according to the working style of the management and the employees and the very common example of this is the different that is there between personnel management and human resource management. The concept of personal and professional management is a very narrow phenomena in which the role of the management or the human resource department is limited to hiring and recruiting the employees in the company, giving them a role in the working of the operations and then making sure that they are doing what they are expected to do and this is followed in the company of subway. Whereas on the other hand, human resource management is concerned with the welfare and the over all development of the employees in which the employees get the opportunity and the chance to prove their worth in the company and also gain the position that they have desired in their own personal and professional graph. (Dozier, 2013)

1.3. Evaluate the role and responsibilities of line managers in your organization or familiar organization and how it supports human resource management functions.

Like it has been mentioned in many other parts of the report that there are many factors that bear an influence on the way the companies operate in the market and also the future that they will have and the biggest and the most influence factor of them all happens to be the rules and regulations that have been made by the government and it is way that they are followed by the company that has to be kept in mind by the management if they want to protect not only the image of the company but also any legal hassles or penalties. There are laws that have been made for the welfare of the employees and to safeguard their interest and the human resource department have to work within the set parameters. The first thing that the department has to make sure is that they do not discriminate among the employees of the company based on their sex, age, nationality or background. All the employees are treated right by the management and given all the rights that they are entitled to. The salaries and the wages should be just and the working environment should be healthy and friendly. (Magloff, 2014) 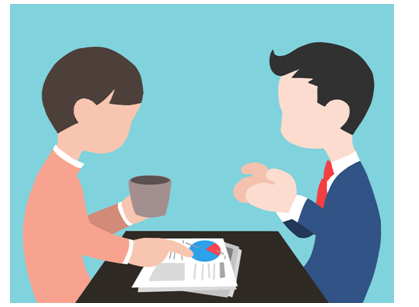 3.1 Assess the link between motivational theory and reward at Virgin Media or your chosen organization. Your answer must show if you think there is a link, what connects the two.

3.2 Evaluate the process of job evaluation and other factors determining pay at Virgin Media or your chosen organization

For every person that works in the business market the one goal that they have in mind is the purpose of making money and earning a livelihood and this is the one thing that is the top most consideration when an employee picks up a job in the company and this is the reason that the management of the companies like that of Virgin Media to make sure that the employees are paid well for the work that they do and also that they are paid in a fair and just manner but for this to happen the human resource department have to analyze the performance that is done by the employees and the value that they are adding to the goals of the company. this can be done in a way that the line managers of the department can build up reports on the work that is done by the team and then on a periodical basis discuss them with the senior level management decide upon the reimbursement that the employees should be given for this. This will be a good way for the company to appreciate the work that is done by the employee and give them a monetary value. (Bilal, 2014)

3.3 Assess in different contexts (for e.g. attracting talent, retention, and motivation) how effective is the reward systems at Virgin Media or your chosen organization

Virgin Media is a company that has always made sure that the employees are appreciated and well rewarded for the good work that they do in their own ride and this is the reason that it has been seen that the employee turnover ratio of the company is very low and it indicates that the employees are very satisfied with the management and their operating style. The management has managed to retain the good talent that they have in the company and also attract new ones which is always a necessity in the company as they need to establish their holding in the market. The people that are starting their professional careers in the business market want to work in a company which will give them a consistency that they need to make their career graph. This also acts like a reason for the employees to be on their best foot forward so that they can continue to hold their position in the company, prove themselves to be an asset against the competitors and gain the opportunity and the chance that they need to go ahead in the company and also in the business market for personal goals. (The Centre for Human System, 2015)

3.4 Examine the methods Virgin Media or your chosen organization use to monitor employee performance.

4.1 Identify the reasons for termination of Faisal’s employment contract with The Chicken Master and generally explain other reasons for cessation of employment.

4.2 Describe the employment exit procedures used by The Chicken Master and another organization of your choice

Every company of the business market has their own way of operating in the market and this is the reason that the structure and the culture of the companies differ from each other and they are set by the management or the owner depending upon the vision that they have for the company. the same is the case with the owner of the chicken master as well and the cessation that has been mentioned in the case study is absolutely justified as the employees has broken all the ground rules that had been laid done by the owner and were acknowledged by the employees at the beginning of the employment period. Another thing that has been noticed in the case study is that the employee was given repeated warning for the rules that he was breaking and the protocols that were not being followed in the work place. The cessation has been carried out by the employer when he had caught the employee red handed. Apart from all this it has also been mentioned that the performance of the employee was not up to the mark and did not justify the position that he was holding in the work place. (Legislation.gov, UK, 2013)

4.3 Consider the impact of the legal and regulatory framework on employment cessation arrangements with an organization such as The Chicken Master if Faisal’s claim was proven to be true.

The rules and regulations that have been made by the government for the welfare of the employees have been discussed in the other parts of the assignment and the reason behind their existence of such rules can be understood because of the cases that happen in the business market some of which are claimed to be true when they are not and when some actually are.  Considering the case study that has been provided it is within the right of the employer to go to the court for claiming that the accusations and the cessations were not justified or true and if the claim that has been made by the employee if proved to be true then the position of the employer will be very vulnerable and the penalties that he will have to pay to the employee can be severe depending up on the degree that the accusations will hold. The impact of the legal hassle will not only fall on the profit or the monetary position of the company but also the image that they will have in the minds of the people which is not good for the future scope of the restaurant or its targeted scale. (Miercuri, 2010)

The points that have been mentioned in the different parts of this Unit 21 Human Resource Management Assignment Copy have been stated after a good and deep study of the trends and patterns of the business market and the working style of the companies that were mentioned along with the study of the law and regulations that have been made for the human resource development. It all states that the companies and their management have to contribute their best towards the growth and development of the employees that they have or else the success that they have anticipated in the market will be not an achievable goal.

All the aspects related to the management of the employees will be discussed in the different parts of this Unit 21 Human Resource Management Assignment Copy, Locus Assignment Help UK posting units solutions so scholars can explore Assignment Help in UK and get review the quality of our work