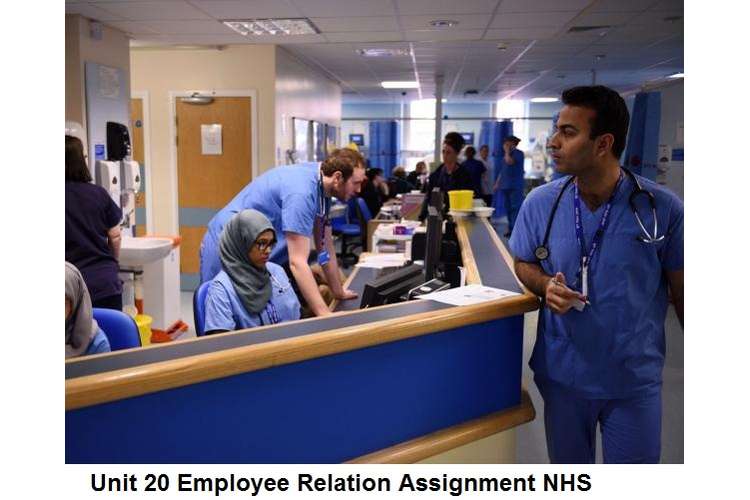 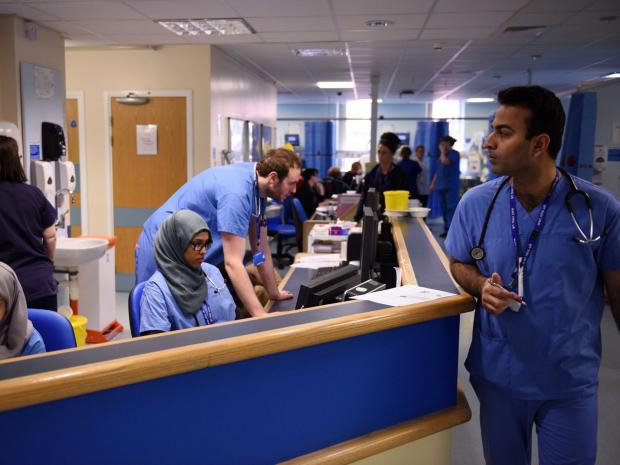 Conflicts are the most common situation at the workplace which takes place due to various reasons or disagreements among the specific group or the individuals. There are wide numbers of perspectives being stated on the conflicts at the workplace. Unitary and pluralistic frames are the most common perspectives of the conflicts. It has been identified that the unitary frame is basically referred as an integrated frame work. The unitary frames of references includes the ways of assumption, thinking, attitudes, practices and values concerned with the organisational and managerial aspects within the organisation. The framework is basically a harmonious system which allows the staff members and the management in an organisation to share uniform objectives, goals, interest, etc. and works towards a shared mutual goal. It has been found that the unitary framework mainly demands the loyalty of the employees towards each other (Millward and Brewerton, 2015). As per my observation, it has been found that the unitarist perspective of the conflicts largely focuses on the analysis of the workplace to identify the reason behind the conflict and evaluate the situation at the workplace. On the contrary to this, the pluralistic frames of references states that the managers and the employees acquire diversified interests over a common aspect. This perspective focuses on the analysis of the bargaining contract and basically includes collective bargaining conflicts into it.  The perspectives of these frameworks towards the conflicts imply diverse ways and tend to resolve the issues accordingly (Fernando, 2014). The unitary perspective frame is mainly concerned with the sole involvement of the staff members in the area such as the leadership responsibility, conflict negotiation, etc. and on the other hand the pluralistic framework states that the involvement of the stakeholders in those area of an organisation.

2.1 Procedure to be followed by NHS employer for dealing with the different conflict situation

Conflicts are generally the disagreements between two or more individual and groups concerning a specific situation. According to the present case, NHS employer could mitigate with the conflicts by making use of different initiatives and resolve the conflict effectively. It has been identified from the case that BMA i.e. British medical association had disagreed with the negotiations on the contract of junior doctor with the government and the  business envieonment of NHS employer.  With the purpose to resolves the issues, NHS employer should follow some specific procedures for dealing with the different conflict issues. The organizations could make use of the negotiation for resolving the conflict and reach to the levels of agreement effectively (Jones and Saundry, 2016). However, by following these ways also the conflict could be resolved:

2.2 The key features of employee relations

In context to the present conflict of NHS employer and BMA, the key feature is the negotiations which would help them reach to a mutual agreement and resolve the conflict effectively. Negotiation is basically a way of settling the differences among each other and reaches to the desired levels of resolutions. Negotiating with the BMA, NHS employer could resolve the issues and avoid any of the losses due to the conflicts. It has been identified that the organisation would be able to communicate with the association and compromise or get agreement on their aspects which would lead to the ending up of the conflict (Shields.et.al, 2015). The issues on the contract of junior doctors could also be resolved by making use of the collective bargaining which would also contribute in resolving the issues effectively. In addition to this, it is very important to have an effective communication between the conflicting parties so that to convey the perceptions of both the parties and make them reach to the levels of agreements.

It has been identified that for acquiring a good employer and employee relationship, it is very much important to have a clear and honest communication which would help in conveying the actual intentions being the disagreements and would help in negotiating upon the issue.  Mediation is also a feature of employee relation which could help in resolving the conflict with the organisations (Geppert.et.al, 2014). Mediation would allow a third party to review the situation and consult with BMA and the NHS employer to reach towards a mutual agreement over the contract of junior doctors and resolve the conflicts effectively.

2.3 Evaluation of the effectiveness of procedures followed so far from both parties in this conflict situation

Resolving any conflict is a critical task, in case of the conflict between the trade union and the employer. The present case of the conflict between the British medical association and the NHS employer had taken a severe phase with the strikes against the employer. However, with the help of various initiatives made against the conflicts by negotiation, mediating, collective bargaining, etc. the conflicting situation had been considered to be under control but not yet resolved completely. The procedures being used to resolve the issues involves negotiation which solve the conflict by finding out the origin of the conflict and the conflict costs with the reference to both the NHS employer and the trade union (Sidaway, 2013). It has been found that this initiative could prove to be negatively impacting as it is not sure that the entire group of employees agrees to the negotiation and could not be satisfied with the resolution at the end.

On the other side, negotiating with the demands of the employees and making them satisfied could resolve the conflict and but would not meet the demands of the employer and thus could lead to severe misunderstandings within both the parties. With respect to the effectiveness of the procedure used to resolve the conflict, it has been found that the negotiation could be carried out by gaining the consents of both the parties and even involving a third party to make a decision over the solution. This would have a mutual consent from both the conflicting parties and would make them adopt the decision made by the third party eventually (Young, 2015). Thus, the conflicts would be resolved between the NHS employer and the British medical association effectively.

Negotiation is been considered as superior means for collective bargaining and helps the organization to reach the desired agreements. The collective bargaining is generally seen when the trade union deals with the management for the betterment of employees and protect their rights of compensation, employment, working conditions, incentives, etc. Negotiation plays an important role in collective bargaining as it helps in carrying out an effective communication between the conflicting parties and reach to the resolutions effectively. In reference to the collective bargaining, it has been observed in most of the cases that the bargaining situation could lead to the dismissal of the situation rather than effective solution as both the conflicting parties demands their requirements and desires to accomplish the same (Rubin and Brown, 2013). In the present case of disagreements by junior doctors with the government and NHS employers, it is required to negotiate in a collective bargaining so as to avail a final effective solution which benefits both the parties particularly. The negotiating party could be identified from either external or internal source of organization and make the solution effectively.

3.2 Assessment of the impact of the negotiation strategies adopted by both parties

With respect to the present case, it has been found that the negotiation could lay either a positive or negative impact as might not be found equally favorable by any of the party involved in the conflict. There is a remarkable impact of making use of the negotiation strategy as it helps in satisfying both the conflicting parties and make them reach to the mutual agreements. With reference to the NHS employer and BMA, it has been found that the negotiation had made them reach to the levels of agreements over the contract of junior doctors and make an effective agreed solution over the conflicts. However, the conflicting parties could make use of the remarkable types of negotiating strategies such as distributive strategies and integrative strategies. These strategies would helps in establishing a mutual consent and agreement over the disputes and resolve the conflicts effectively (Jackson.et.al, 2016). It has been even found that negotiation had proved to be helpful to NHS employer and BMA in terms of profits to both the parties by stating the rights of the employees and the regulations of the employer. In addition to this, it has been even found that negotiation had made the conflicting parties communicate and convey their demands specifically which could contribute in making an effective decision over any situation with a mutual agreement and in a favorable manner.

4.1 Assess the influence of the EU on industrial democracy in the UK

4.2 Comparison of the methods used to gain employee participation and involvement in the decision making process in organizations

4.3 Assess the impact human resource management approach has had on employee relations.

The human resource management approach lays a remarkable impact on the employee relations as it includes the responsibilities of managing the requirements of the employees and meets their demands effectively. It has been found that the human resource management of an organization contributes in motivating the employees and provides them with the proper guidance over their roles so as to make them put efforts towards the achievement of the desired objectives. The management makes appropriate decisions over the policies related to the wages, salary, safety, working hours, etc. which could not meet the wills of each and every individual at the workplace (Kehoe and Wright, 2013). Another impact being laid by the human resource management authorities could be influencing the perceptions or the ways of thinking of the employees and trade unions towards the organization so that to make them work peacefully and with mutual agreements over the procedures. The HRM could also make use of effective practices to motivate and influence the employee relation between the higher management and the workers at the workplace and develop a positive attitude among the whole. These initiatives help the organization to carry out effective working practices and avoid the conflicts at the workplace.

With the above report it could be concluded that the conflicts are most common situation at the workplace which takes place due to various reasons or disagreements among the specific group or the individuals. The report revealed that the major key players of employee relations are the managers, employees, government, organization, etc. which plays either direct or indirect roles in the employee relations. It has been even found that NHS employer should follow some specific procedures for dealing with the different conflict issues. Negotiating with the BMA, NHS employer could resolve the issues and avoid any of the losses due to the conflicts. The report observed that it is very important to have an effective communication between the conflicting parties so that to convey the perceptions of both the parties and make them reach to the levels of agreements. Moreover, it has been also found that the negotiation between NHS employer and BMA had made them reach to the levels of agreements over the contract of junior doctors and make an effective agreed solution over the conflicts. 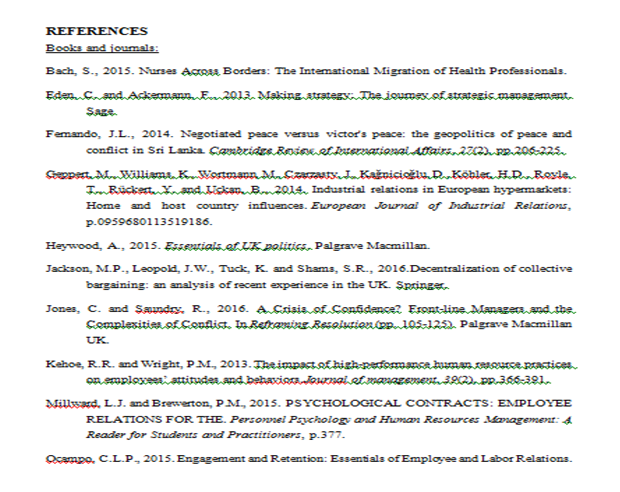 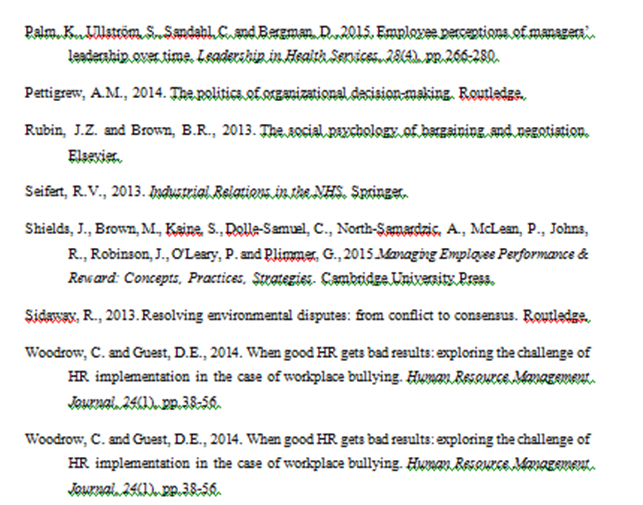