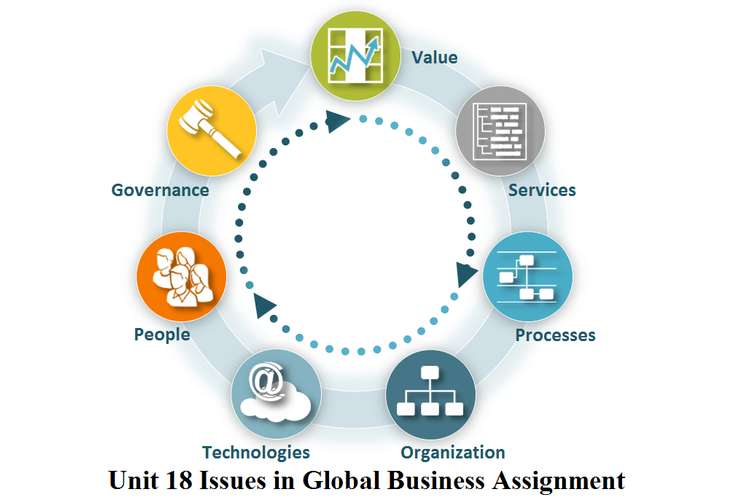 Canada is a North American country that stretches its borders from U.S. in the south to the Arctic Circle in the north. The capital of Canada is Ottawa and the major cities of the country are Toronto, Vancouver, Quebec and Montreal. Canada is the world’s second largest country. For last nine years, Canada is among the top three places to live in according to the United Nations survey. The country comes under the category of one of the wealthiest nations of the world (Economy trends in Canada, 2016). The main focus of the government of Canada is the development of the poorest and the most vulnerable section of the society.

In the western hemisphere, Canada is one of the major parliamentary democracies because the country has created its own social as well as political institutions unlike other countries. Though economy of Canada is highly integrated with the US economy but still it has managed to setup its own institutions also. The country has high level of economic freedom. Moreover, the framework of the economic system as well as the pattern of production is similar to the working of US economy. The country has public to private property ratio of 60:40.  Its national unemployment rate was around 7% in February, 2013 as the country continues to recover from the financial crisis of 2007-2008 (Economy of Canada, 2016).

Canada is highly rich in the availability of natural resources. Thus the international trade plays a crucial role in the economic growth of the country. For instance in the year 2009, mining, energy, agriculture and forestry exports covered 58% of the total export of the country. In the same year, automotive products, machinery equipments and other products accounted for 38% of the total exports. Overall exports contributed 30% in the GDP of Canada. United States has been the greatest trading partner of Canada for years that covered 63% of the imports and 73% of the export (Canada GDP, 2016).

Economic fundamentals of the country have always been strong with a well supported system of protection of rights and set up an individual judiciary system that made sure about the efficient implementation of rules and regulations. The country is a supporter of open market policies that encourages international trade and investment flows as a result other nations are also benefitted. Moreover, Canada is well known for its clean government that has full transparency. Although 89% of the total land is in control of state and remaining 11% is owned by the private institutions or individuals; the government makes sure about the preservation of human rights. When it comes to the employment sector, around 4% people of the Canada’s population are directly employed in the primary resource fields thus the contribute 6.2% in the GDP. Canada is one of the richest countries in terms of the availability of the natural resources such as nickel, gold, diamond, uranium, lead etc and in the last few years, demand for crude petroleum extraction is continuously increasing (Canadian Economy statistics, 2016). There are various companies in Canada that are based on the natural resources like Cameco, Barrick Gold etc and the majority of the resources are exported to America. Other than these industries, another major industry operates on pulp and paper sector that is linked to the logging business. The industry of natural resources has a great impact o the economy as well as the people of the country. While manufacturing products from natural resources is one of the main business of the country, the availability of the resources vary region by region. This results in a different economic structure for different regions within the same country and hence regionalism is developed. Although this does not affect the overall export market of Canada but the internal economy of a region vary as per the availability of the resources in that particular region. Moreover the education system of Canada is well known for its quality. The manufacturers are very much attracted to Canada because of the highly educated people that are ready to work for lower wages.

For more than fifty years, the country has contributed a lot for the human welfare. It has worked for the international peace to a great extent. The country has a high technology industry along with a large television, film and entertaining industry that delivers content to the local and international people. Central Canada provides an important link to the Japanese and American automobile makers (McDougall, 2006). Additionally, there are a number of companies that manufactures the automobile parts are owned by the Canadians. Canada greatly contributes to the world economy in terms of providing agricultural support that is by producing a high percentage of wheat and other grains. It supplies its agricultural products to mainly America and Asia. With other developed nations the GDP that was devoted to the agriculture and the proportion of the population fell unexpectedly over the 20th century. Being a developed nation, Canada is provided with the support of government support and subsidies. However the country has always been in support of reducing the provided subsidies through World Trade Organization.

Canada share of Asia’s trade has reduced by half over the last decade but still Canada has managed to provide well educated labor and also have its resources, strong hold in financial sectors etc that is attracting the global companies and hence contributing a lot to the global economy by providing it expert services. The strengths of Canada is playing a crucial role in the world economic growth. Approximately 1.8 billion people are expected to join the ranks of the global consumers by 2025. A historic opportunity is reflected by the expansion of the middle class in order to capitalize the relation that the new immigrants maintain with their previous homelands so that they support the import and export market of the small as well as the middle sized industries.

Canada is a well developed country and is serving well to the global economy. The country can still mend its ways of functioning so that better results can come out (Wong, Ho, Autio, 2005). Some of the key points are explained below that can be changed by the country for improved results.

Most of the Canadian industries are based on the natural resources but this is the time to move forward. Sooner or later these natural resources are going to be lesser in amount. Moreover one day will come when these resources will be finished and the industries would totally collapse and the international trade would also be affected highly. Canada must be prepared for that situation by bringing innovational changes. The industries must start to prepare some alternative measures so that the company can work even if the natural resources are not available. Finding an alternative option would also help in saving the environment and can ensure a better future.

The growth rate of Canada is very low due to certain circumstances. The recent hit in the GDP of Canada was in March when the GDP decreased by 0.2 each month over month. Low growth results into lesser contribution to the global economy and the Canadian dollar also weakened. Business market fell down that means the industries that spent on structures, equipments and machinery fell 1.5% annualized; oil prices also decreased. The main reason for decreased growth rate is the troubled energy sector that decreased 1.5 percent each month over month.Thus some effective measures are required to increase the growth rate as well as the GDP of the country.One possible way would be to create more number of jobs for the people in the country (Industrialization in Canada, 2011).The people of Canada are assumed to be highly qualified so if the jobs are increased then the number of working executives will also be increased. Moreover, country must support the idea of entrepreneurship as this will also create a large number of vacancies as a result of which the growth rate can be increased (Leung and Secrieru, 2012).

Public relations of Canada and the European Union (EU) is admired by all other nations. They share common interest on economic matters as well as the political situations. The year 2016 is the 40th anniversary of the presence of EU in Canada that reflects the positive attitude of the bond they share. But recently there has been a conflict between EU and the country. A new tension is created between the two because EU has banned the import of sealed products in the country. The food market of Canada would suffer a great loss if these products are continued to be banned. This need to be resolved so that the country’s GDP remains unaffected. Additionally, Canada has also imposed immigration laws on the EU people according to which visa will be required whenever the EU citizens visits the country that are the members of the EU state. These are some areas of conflict going on between them that demands greater attention so that the economy faces no unexpected results out of them (Globerman, 2012).

Canada is a very well developed country in North America. It is highly rich in the natural resources that have resulted in the creation of resource based industries across the country. These industries have spread their business in other countries also mainly in US that has made it wealthier. The country has less population but most of them are educated that ensures the growth of the country. The country has done a lot of efforts for the benefit of mankind. The country is a part of the EU that is the European Union chain and thus has good and integrated relations with America (Thompson, 2008). Canada can take further actions for the betterment of the citizens like creating more jobs by encouraging entrepreneurship, minimize the usage of the natural resources so as to preserve them, immigration laws are very complicated that can become lenient, health care system can also be improved etc.