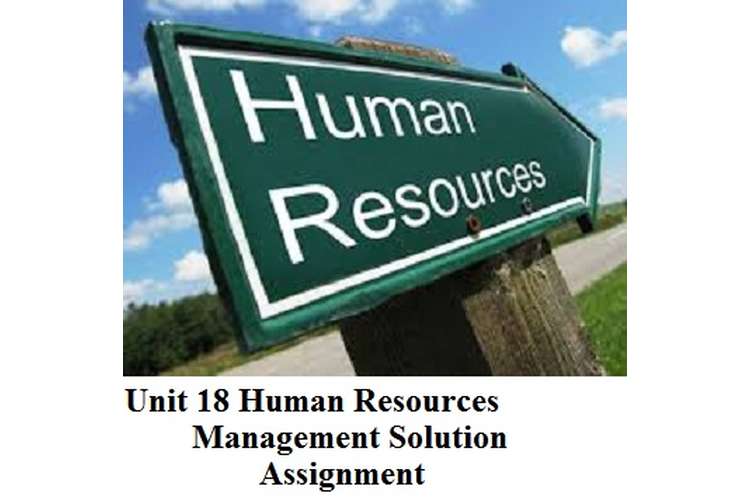 Harrods is the oldest supermarket store in whole of Europe & UK and has been one of the biggest icons of up market store. It is also considered to be one of the largest hypermarket stores in terms of area with almost 300 departments in an area of almost five acres, exclusive for shopping, in whole of the Europe. It has also been known because of its effective human resources management policies and structure.
Human Resource Management (HRM) is the function within an organization that focuses on recruitment of, management of, and providing direction for the people who work in the organization. HRM can also be performed by line managers
HRM is the organizational function that deals with issues related to people such as compensation, hiring, performance management, organization development, safety, wellness, benefits, employee motivation, communication, administration, and training.
HRM is also a strategic and comprehensive approach to managing people and the workplace culture and environment. Effective HRM enables employees to contribute effectively and productively to the overall company direction and the accomplishment of the organization's goals and objectives. 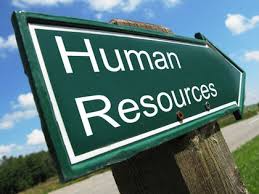 3.1 Assess the link between motivation theory and its reward with an application on Harrods Case Study?

Maslow’s theory of motivation has based the human needs on a hierarchical basis as a pyramid. It has put the human needs and the related motivation in an upward order from bottom to top, as from most important to least important, and most easily fulfilled to most difficultly fulfilled. It has classified them into two major sections, such as, I) the classification of human needs, and II) consideration of how the classes are related to each other (Robbins, 2009).
Vroom’s Expectancy theory clearly mentions that human behaviour is a resultant of conscious choices among alternatives. The purpose of these choices is to minimize pain and maximize pleasure. It doesn’t emphasize on needs, like Maslow’s theory, in spite focuses on outcomes. It is considered that performance of any employee is completely based on his own individual factors, such as skills, knowledge, experiences, personality and abilities (Borkowski, 2011). According to Vroom, an individual’s performance, efforts and motivation all are linked to each other.
Whereas, Theory X and Theory Y given by McGregor suggests that the perception of the management of any organization against its employees is that, either, they are lazy and will avoid work i.e. Theory X and the employees are ambitious and motivated and will achieve their tasks by completing their work, for which they require motivational factors, i.e. Theory Y
Hertzberg’s motivational theory, finally proved Theory Y of McGregor, by stating that, there are some factors which impact the working of the employees of any organization.  These factors are known as Hygiene and Motivation Factors.
In Harrods case, they use both positive amplification and negative amplification to motivate their employees. Line Managers are advised to use positive motivation techniques to persuade employees to create good quality job and negative motivation techniques are used to encourage employees and stop them from bad manners. Harrods reward their employees with both touchable products, as well as admire. Mangers reward their employees by providing weekly or monthly bonus or free lunches, many managers reward their top employees by praising them. Some other factors, which working in Harrods provide are, Challenging work environment, Work Recognition and Acclaim, Additional Responsibilities and Job Rotation and shifting, Training and Development of all the Employees, Well-structured incentive and remuneration structures, Sense of achievement and personal growth for all the employees with well recognition in the company  (Sparrow, 2007).

3.2 Research and Evaluate the process of Job evaluation and other factors determining pay with special reference to Harrods as your scenario?

Job Evaluation is the process of determination of the worth or value of a certain job, in comparison to other jobs. It is a highly systematic procedure in organizations like Harrods. A structured comparison between various jobs, assessing their relative value, is carried out. It is done for generating a rational pay structure in the organization.
Job Analysis is a part of the Job evaluation process and is different from the Job evaluation in literal sense, i.e. a Job Analysis has to be done for doing job evaluation for equity in pay structure across Harrods.
Job Evaluation process at Harrods is centred on gaining acceptance, which means, management present a clear picture of all its objectives, goals, aims and expectations from various positions open up in the organization. This picture is communicated really well to all the stakeholders, including the HRM department and concerned authorities. Job evaluation committee comprising of various individuals from every department of Harrods is formed then and evaluates each and every job (requirements) as per the strategic vision given from above. After, which the Job Description (JD) manuals are documented and created by these professionals.
The pay bands are decided based on many factors, since, it is award to a work and that creates some difference between the roles and the organization. Some of these factors are skills, seniority and experience, profitability of the company and the retail sector and employee performance. After all this, this over program is installed and implemented at Harrods and reviewed periodically (Milkovich, 1999).

3.3 Assess the effectiveness of reward systems in different contexts with your references to Harrods?

Harrods has divided its Employee rewards system into two major segments, i.e. Extrinsic and Intrinsic. Extrinsic rewards are tangible rewards that employee receives because of their good performance, such as bonuses, salary raise, gifts, promotion, compensation and commissions. Employee bonus systems have proved to be a positive strategy at Harrods and have provided actual motivation. Bonuses has increased employees’ motivation and hence their output. It also improved employees’ morale and gave them self-esteem. It also helped top management at Harrods with improved retention which helped them preserve the best employees. Salary raise has been another type of reward system being implemented and it has been one of the most significant motivators of the employee, being the key motivation behind employee performance.
Intrinsic factors such as, Promotion has always been one of the most important types of reward system, where Harrods has rewarded employees by moving them from their position to higher position. It has improved employee morale and job satisfaction. Inclusiveness in decision making at all the levels at Harrods and enhanced contribution and recognition of efforts for team exercises, have been some other intrinsic factors. They also promoted Job rotation, Job enlargement, Job enrichment and other development exercises, so as to provide an all-round taste of tasks with variety of tasks being done by various employees. They also have excellent channels for recording all kinds of employee voices, which is very essential in being the intrinsic factor of motivation for employees, i.e. being heard (Bowen, 2004).

3.4 Examine the methods adopted by Harrods to monitor employee performance. Comment with any suggestions?

Employee performance has to be monitored for all the factors of proper HRM implementation doing HRP or HRR and other such stuff. There are numerous mechanisms to monitor employee performance and some of them being implemented at Harrods are as follows –
Productivity and Time metrics structure and process in place – It is the part of planning and setting up a structure and process for monitoring by deciding in advance about employee's various job tasks, providing the employee with an overall idea and overall direction of the performance standards expected from them to meet at Harrods.
Reporting and Check in mechanisms – Encouraging team members for regular reporting and Check-ins, by making them not overly burdensome and keeping them on the same page. These reports and check-ins should be regularly analysed as a proof of work.
Concrete Benchmarks usage – Setting up of benchmarks, as taken from industry rivals and competitors and creating a structure for performance monitoring and evaluation measured against these benchmarks. From this administering progress and tracking it on periodical basis becomes easy, which leads to a positive feedback and review mechanism being put in place.
Irregular Checks – It is a traditional way of performance monitoring used in earlier days by organizations, which is being done away nowadays.
Assessing and Evaluating Motivation Levels – Internal surveys and platforms to voice their opinions, lead to efficient tracking of motivation levels of the employees, which is a very essential part of HRM at Harrods (Stanton, 2000).

4.1 Identify the reasons for cessation of employment with special reference to Harrods in general?

Employees leave any organization due to various reasons, among that some of them such as, better opportunity, higher education and personal problems etc. are some of them. The annual turnover rate at Harrods was initially very high and an internal survey of employees pointed out four major reasons for these, hence the HRM department started away with a four point strategic HRM values and implemented it. The reasons which came out in this survey after the high cessation rate were as follows

4.2 Research and Describe the employment exit procedures used by Harrods and compare it with any other organization of your choice?

The employment of an employee may also be terminated due to unauthorized absence or lack of performance for an elongated long time period. An employee must resign if selected somewhere else and if they wish to join it. Employment separation certificates or Letter of relieving and experience are generated by Harrods to all its employees leaving the company. An employee may be entitled to receive payment in lieu of unused leave entitlements upon cessation of employment (including the end of a period of fixed term employment). Harrods employee exit procedures entails, a detailed process of employee exit management which includes an employee exit checklist or form being filled out, all the documents, data, legal bindings, information, accessories and physical goods etc. are handed over to the HRM department. They also conduct background verification, exit interview and detailed compensation with full & final settlement claims form is filled. Claims and benefits transfer forms are discussed and then accepted, with the employees by signing of a Non-Disclosure Agreement (NDA) document by them before leaving. All settlements are made and an experience, character and relieving certificate is issued at Harrods by the HRM department for all exiting employees.
Employee exit management at Waitrose – Apart from all the above procedures, Waitrose give away some of the tedious factors, such as claims and other forms being filled and discussed by HRM department and the exiting employee. For which they introduced a technological platform, where all the records and data is filled by the employee and later verified by the HRM department and the rest of the documents are issued (Kobayashi, 2005).

4.3 Consider the impact of the legal and regulatory framework on employment cessation arrangements with special reference to Harrods?

The law provides a structured guidance towards all the procedures of legal and regulatory framework for employment cessation for all the companies in UK. These processes are followed by Harrods also and some of the details are as follows –

HRM has played an important role and part in Harrods efficiency and overall growth after the acquisition in 2010. With the new structure at Harrods, the work to improve the HR department is ongoing. In particular, Harrods is leading a global project to create a coherent vision and strategy for employer brand. The internal surveys and findings at Harrods have highlighted the importance of how HR goes about their business. In the process it highlights several specific practices and skills that are essential if an HR function is to achieve its full potential as an efficient, commercially focused team.Something that through Human Resources Management process, Harrods is even further becoming.