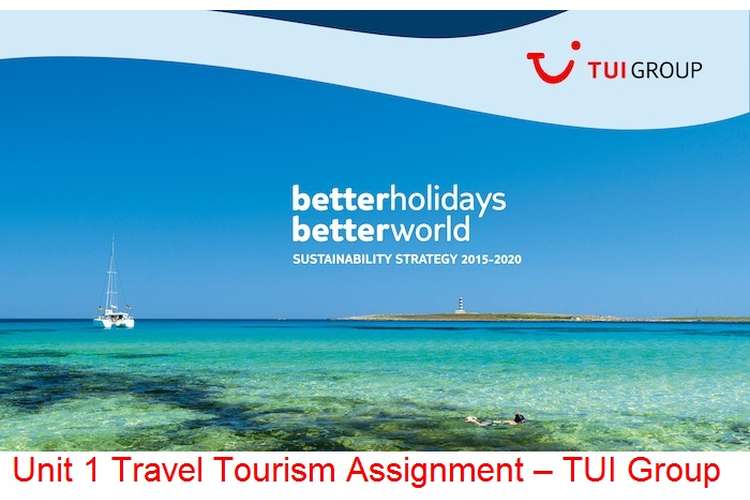 This Unit 1 Travel Tourism Assignment – TUI Group is focused on the complete business programme of the TUI company. 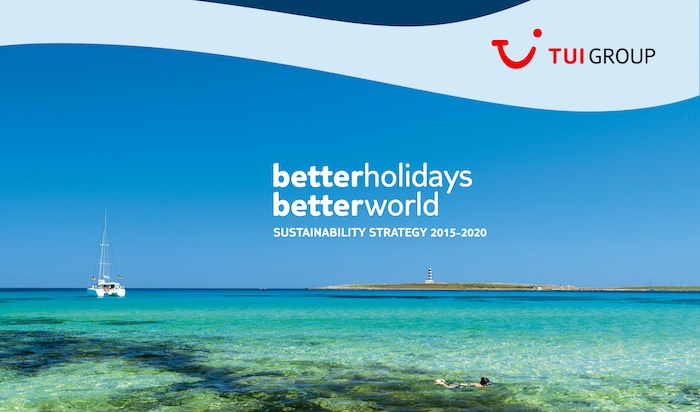 1.1 The following chart depicts the timeline chart of major developments in travel and tourism historically:

1.2 Structure of travel and tourism sector.

The structure of  travel and tourism  sector has been explained in the above mentioned diagram.

Tourism industry is a pleasurable industry as it brings joy and self-satisfaction though out the industry. The consumer as well as employer both receives what they want. The industry not only provides pleasure, it depicts travelling experience, accommodation, entertainment, economic benefits, jobs, social development, cultural advantages and many more benefits associated with itself. It is a self-sustaining industry growing at a pace of human development and technological advancements. The implications of political change in the travel and tourism industry can be explained as the rise in the tourism sector of the world. According to the WTO, World Tourism Organization, the recent statistics of 2015 suggests that the countries such as France, United States, Spain, Chine have international tourist arrivals over 84.5 million, 77.5 million, 68.2 million and 56.9 million respectively. These rankings and numbers suggests that the industry is flourishing and providing a great source of income, jobs, economic benefits and many more advantages to the world. The international tourism was about 1.2 trillion US $ in 2014 and is expected to rise 3.7 per cent annually. The rise in globalization and modes of travels has entirely changed the tourism industry and political implications around the world. The British prime minister, Russian president, Indian prime minister or Spanish president all are keen in the development of tourism industry at their home countries. They know the amount of economic, social and environmental positive change; tourism can bring to their country. Various governmental and global agencies such as WTO, United Nations, Olympic committee, World Travel and Tourism Council, International Civil Aviation etc. are working together and separately in order to increase the travel and tourism industry around the globe (Walton, 2000).

The tourism sector is influenced by direct and indirect policies of governments such as economic policies, political changes in the country, minimization of negative impacts in the travel such as increased security, tends to mark a strong impression over the travelers. The change in the leadership among the host country also depicts the impact in the tourism sector. The changing policies of United Kingdom by the Prime Minister David Cameron provide a positive impact over the tourism sector of the country. The increase in Chinese tourists in the country led to the change in visa policies by the government of UK resulting in the extension in standard visa. These policies govern the implication of political change in UK and resulting in the positive implication on its travel and tourism industry. The policies such as UK must be implicated throughout the world in order to develop the tourism sector with the help of government as well as international agencies (Inglis, 2000).

Tour operations of TUI Travel  PLC was founded in 2007 and has its headquarters at Crawely, England. The company operates in over 180 countries and has served over 30 million customers. The changing demographics of travel and tourism industry have affected business in last decade with global recessions and bankruptcies. The company is observing the market and amending its policies accordingly to stay strong in the business. The primary factors affecting tourism demand are classified in to various different components which have their individual effects over the demand of the industry. These primary factors can be initiated with the exchange rate to the economic positions of the individuals (Annual report, 2016). The taxation systems, environment, technological advancements, transportation facilities, communication systems, pricing strategies, governmental behavior, qualities of amenities at host destination and product standards are the major factors which governs the demand in the tour and travel industry. Moreover the primary factors affecting tourism demand are explained below:

The supply of the TUI Group is mainly focused over three major sectors which are Mainstream, accommodation and destinations and Specialist activities. The major areas covered by TUI are Central Europe, Northern Europe and Western Europe.The change in the supply can be explained as company has keenly focused their businesses according to the consumers and business statistics of the tourism industry. TUI has closely observed the factors which affect the tourism demands thus they have been focusing over Europe. The group knows that the economic factors which can work for them in Europe are pretty good as compared to other developed economies. For example, the exchange in US is more as compared to Europe, so the business in tourism industry of Europe has more volume as compared to US. TUI has major airlines which cover their tourist destinations such as Corsair International of France, Thomson Airways of UK, TUI airlines of Netherlands and TUIfly of Germany. The company has changed its various airline partnerships from its former policies to counter the supply system analysis  and remain strong in the industry such as Aladia Airlines of Mexico, Britannia Airways of UK, Jet4you of Morocco and First Choice Airways of UK. TUI group has ditched many holiday packages and altered them according to the market demands recently. Company has shifted its focus on quality service providing at maximum priority and have taken major decisions for obliging their customers. For example TUI group has closed its LateRooms website to shift the data and information over one single brand. This particularly helped its consumers to access all the valuable information at one distinct point. The company recently in 2015 announced to merge with the Frankfurt listed entity TUI AG to recover its losses. The company is planning to absorb First Choice and other European brands like Thomson under TUI in order to strength the TUI brand. The rebranding process is in its initial phase this year (Canocchi, 2015). 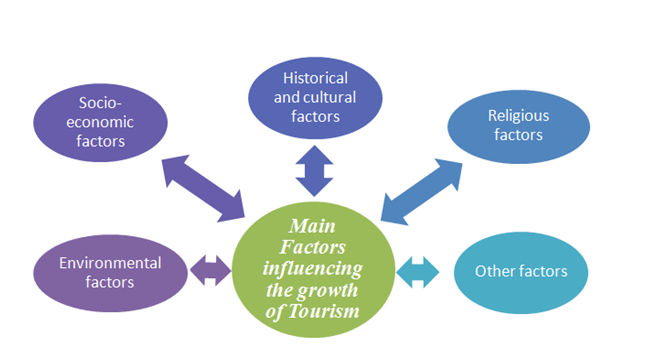 Positive Impacts:The positive impacts governing the economic factors on which tourism in the specified countries are increments in the income generation of the country with direct and indirect impact due to tourism industry, the gross national product is favored and receives its value, the other sectors of the economy such as pottery, antiques,  british museum,  water sports, safari and many more are also favored with the increase in the tourism of the country, foreign exchange is increased with the increase in foreign reserves of the country, as the tourist around the world comes to Greece and Spain with their home currency and gets their host currency to spend at these destinations. The environmental factors includes sanitation and conversation of the cultural heritages of the host countries as government knows the potential value of them and preserve them effectively for tourists, development of flora and fauna can be observed in order to attract more tourism, educational capabilities are increased and cultural exchange increases social development of the society in many terms (Bray, 2001).

Negative Impacts:On the other hand the negative impacts of the tourism in Spain and Greece are divided into three major factors, which are economic, environmental and social factors. The economic factors involves rise in the prices of the products as tourism leads to over acceptance of the products which leads to inflation in the domestic markets. The market is slashed into a seasonality trend and depends over the acceptance of the tourists. The economy for the locals led to overdependence and seasonality. The environmental factors includes rise in pollution as the increase in the footfalls of tourists leads to over usage of resources. The natural environment is affected adversely with damage to build and natural environment. Natural resources such as water, wildlife, energy is changed and over usage of resources leads to wastage of much of the resources. The host country will require additional resources for waste management as the tourism attracts high waste disposals. Similarly the social impacts such as terrorist activities, security breach, cultural differences, rise in the commercialization of local culture will take place. The reinforcement of stereotypes and loss of authenticity of culture in host countries is the result of tourism. The crime rate of in the countries will also be affected with increase of tourism in the country (Weaver and Oppermann, 2000).

The following strategies can be implemented in order to minimize the negative impacts and boost the positive impacts in of TUI business:

Initially, the maximization of positive impacts of TUI Group can be discussed for the tour plans of Greece and Spain. The company needs to focus over the major factors where it can work in order to maximize the positive impacts in its tour plans, which are economic, environmental and social factors. The economic factors will help in boosting the host countries and TUI Group simultaneously. Thus company needs to provide a set of framework in order to maximize the output of the economic factors and discuss with the respective governments in order to increase the performance of tourism in their country. Secondly the positive environmental impacts over the host countries will result in the safety and conservation of the natural resources of Spain and Greece. The company can come forward and invests its finance to redevelop tourist spots in order to increase the positive environmental factors.  Thirdly, the social factors which govern the cultural exchange increase in education and social development including development of infrastructures must be performing at a greater pace. The TUI Group must focus over their plans and strategies and work with the host governments or communities in order to increase the positive impacts of the tourism industry. They can offer training and development to the locals in order to give them jobs and making them aware regarding the tourism industry and its benefits. The company can utilize a marketing plan to provide awareness among the host country regarding the benefits and positive impacts of tourism industry for their economies (Holloway, 2009).

The negative impacts must be handled separately for each factor governing at the tourism industry. The economic factors including the rise in prices and inflation can be handled with governmental approaches. The TUI Group needs to contact the government authorities and appeal the policies which can change the negative impacts of tourism industry. The increase in prices can be handled by custom shops where the tourists can get their desired goods at higher cost with their own currency and locals can purchase them from normal shops. This will result in development of the host country’s economy. Secondly the environmental impacts such as pollution, damage to natural resources and waste disposal can be handled by providing awareness to the tourist of the company to as the illegal activities will result in high fines by TUI Group. Also, government of the host countries can increase taxes over these kinds of activities such as carbon tax, fines on destroying the natural resources and increase security in their countries with the additional income from tourism itself. Thirdly, the social factors governing the culture authenticity and security of locals can be overcome by the education regarding the local subjects. The company can offer its consumers a training class which can explain about the culture of their host country. Various negative impacts can be minimized with the help of national and international agencies such as World Tourism Organization, international Air Transport Associationand United Nations etc. which can intervene with reducing the negative impacts of the tourism industry (Cooper, 2005).