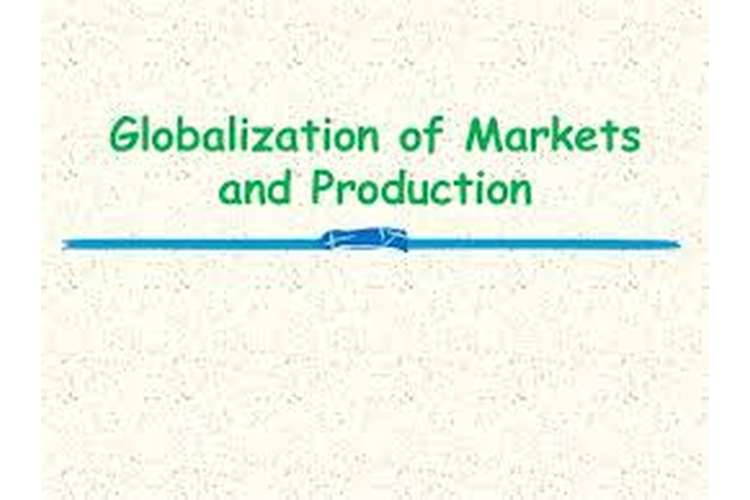 Globalization is the process through which business and organizations get a chance to increase their influence in international market and they start operating at international level. Globalization provides a chance to free trade internationally to every business. The economy of Canada has the 15th largest economy in our global world and like other countries Canada is also globally connected to other countries. In the yearly years the economy of Canada was colonial but after globalization Canada has increased the transformed to overseas trade and international contacts. Canada has been successfully able to establish its global market place with its increased importance. 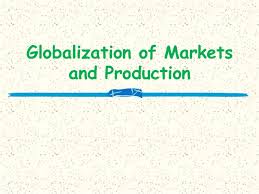 Canada’s recent development and its contribution to the global economy 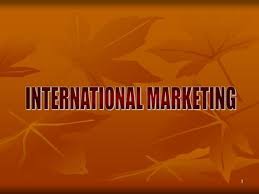 Canada is a developed country and has strong and growing connections internationally. This includes the expansions of trade and investments across the countries. The peoples of Canada are so skilled that they are providing best facilities to Canada which has lead to increased investments and trade in international countries. The World Trade Organization supports the international and investments of Canada. The great infrastructure facilities of Canada have resulted into enhancement of services and people. There is no any field for which Canada is not providing services and no such country who does not deal with Canada. The recent development in Canada that has contributed to the global economy is as follows (Bueschkens & Main, 2012).

Increased output and employment:  the industry sector of Canada is growing day by day, their variety of output, introduction of new technologies and adoption of those technologies in the  business strategy  has enabled the economy of Canada for production of increased variety of products and services. These products are traded internationally this increases the influence of Canada in global economy and due to increased output Canada is providing employment opportunities to the people of other countries too. 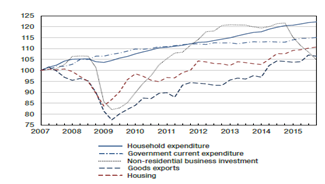 Formation of business gross fixed capital: The business sector of Canada is improving its productivity. The labour productivity in increasing and other capital of Canada is also increasing. The manufacturing unit of public as well private organizations are increasing their capital income through selling of heavy equipments internationally. This has increased the balance of capital assets among countries as well contribution to global economy. 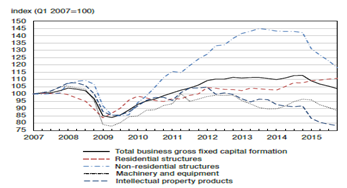 Increase in real gross domestic product in certain industries: the economy of Canada has increased its products and services in the field of mining, quarrying and oil and gas extraction. These areas are generating higher revenues through export of products other countries. This has increased the scope of these products internationally.

Increase in merchandize exports:  The retail sales of last six months of Canada have increased in the field of motor vehicles, food and beverages and general merchandise. This sale in these selected areas as increased in comparison to the past years. This has increased the revenues of the economy of Canada and has resulted to increment of gross domestic income of Canada as well these products are exported to other countries which increase the level of international trade.

These above are the recent developments in the Canada and their contribution in global economy.

Emerging issues for Canada and strategies to overcome them

The role of Canada is very influential in the global economy but today in this competitive world it is very difficult for every country to cope up and deal with the developments. Even the expectations of federal government and RBC increases from these developed countries so developed countries like Canada also has some emerging issues like China and other countries are rapidly with their technologies and innovations which automatically create a demand for Canadian companies to grow new opportunities for them and to expand their dimensions (Rivera, A. 2008).

Slowing down of emerging markets: Even though the emerging markets of Canada are on a great track but still the growth of these markets are slowing down. The Canadian traditional markets have long term growth prospects but these traditional markets also faces the issues of food and water and technology. Due to the increased competition in the market where other countries are growing at a rapid rate where the technology changes frequently it is very important for a country to engage in updated products to satisfy the need of the customers and this will also help the companies to survive in long run. For resolving this problem Canada should use its technology and expertise in all the areas where it is needed. This will help in solution of this problem as well Canadian companies can identify their areas which are highly competitive and are different which can represent Canada companies globally. Even Canadian companies can use their monopoly of products in different markets. Canadian companies should focus on updating their technology time to time to survive in this market and through identifying the needs of customers and innovating the products economy of Canada can resolve this issue.

Increment of demanding high value services in the world:Canada is on Number three out of the five fastest growing exports globally. There are certain fastest growing countries globally which are like US which is dealing in the largest market of information technology like computers, mobiles etc. so for fulfilment of opportunities on this field Europe is demanding professional people and people having expertise in this field so that they can provide high value services to the market and increase their revenues so the point is that Canada is not grabbing these opportunities. There are experts in Canadian companies even Canadian companies having a great workforce but they does not indulge themselves in good opportunities so the solution for this problem is that there is a great manpower in Canadian companies all they need to know is about the right opportunity for them in which they can increase their personal growth as well the growth of the organization as well. The knowledge and the expertise of the people of used in right field can lead to better opportunities for the companies of Canada (Judge, K. 2009).

Increased growth of US economy:  Even though US and Canada are inter related to each other but still there is a level of competition between both as US is dealing as the fastest growing  marketing strategy  in the field of information technology which is such a crucial market now a days due to rapidly changing technologies and innovations. It is not so easy for companies to adopt the new technologies and innovations but still companies have to do so in order to provide customers satisfaction even after having so much hurdles in the field of information technology US is the fastest growing market. US is dominating market for Canada and there are higher growth prospectus for US in future so for resolving this issues the Canadian companies which are dealing in manufacturing, commercial services, food etc in all those fields in which Canadian companies are highly competitive can take an advantage of the demand of US. Canadian companies can capture those fields of US market where the Canadian companies have more capacity and are more efficient than US companies. This will help the Canadian companies to increase their market in US and will also help in getting competitive advantage (Ng & Metz, 2015).