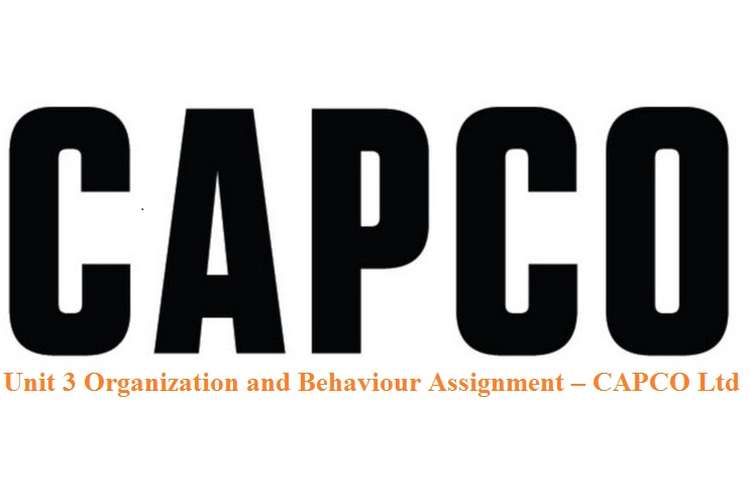 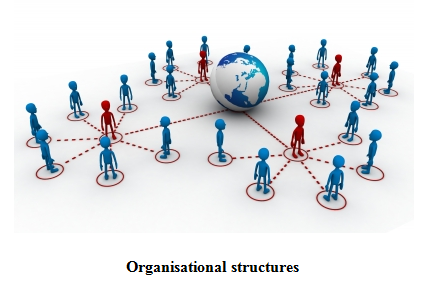 There are different types of organisation structures which are followed by the companies which are discussed below in points: 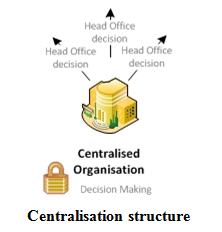 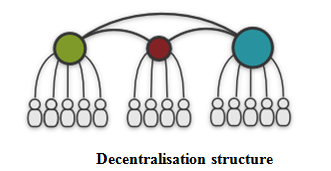 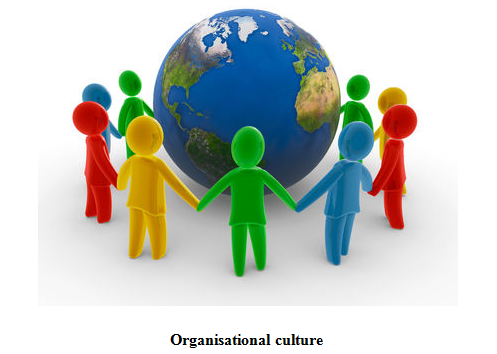 CAPCO- comparison with Albridge Solutions Inc. - The structure of CAPCO is Multifunctional and multidivisional where the different departments and different functions are aligned for better  working with  the achievement of the objectives of the company. CAPCO has person culture where different roles are given to each person or employee who is motivated to achieve his role. The company supports the employee by continuous support and help. People are rewarded for their good work and the employee get challenging work for their personal growth too (glassdoor.co.uk, 2016). On the other hand Albridge Solutions Inc. is one of the leader in providing the enterprise solutions and consultation services. The firm has matrix structure which is the hybrid of product or functional based structure and the culture of the organisation is power culture where the management has all the power and the employees are facing through the negative culture within the organisation. The employees are de motivated as they not rewarded for their good performance in the company.

Albridge Solutions Inc. - The difference in the culture and structure of both the organisation is that where CAPCO is following the friendly and cooperative culture and equal opportunities are given to all the employees, Albridgebelieves in holding all the powers in few hands which does not motivate employees to work hard. The similarity in both the companies is that both the companies provide a good competitive pay and salary to its employees.

There is a direct link between the structure and culture of the organisation which have a great impact on the performance of its operations. The structure and culture of the organisation are the main factors which determine the quality of its performance. CAPCO is following a very friendly and cooperative culture which promotes the motivation in the employees and they are determined to work by putting more efforts so that they can achieve the goals and objectives of the organisation. It follows a structure which is multifunctional and multidivisional which shows that the different activities in different departments which are located at different locations are aligned properly, so that thecoordination can be maintained between all the divisions and functions. This lead to the better functions and operations of CAPCO and the decisions are made by keeping in view the needs and reviews of all the divisions which helps in proper management of resources and work. This helps not only in increasing the capabilities of the organisation but also in the enhanced performance of the company because a good and cooperative culture makes people think for the organisation’s better performance (Robbins, 2011). The person culture followed in CAPCO helps it in keeping its employees satisfied which is very important for the attainment of the objectives of the firm. This also helps the company in having a competitive edge in the industry.

There are various factors which are responsible for influencing the individual behaviour in CAPCO and every other organisation. These factors are:

The above explained theories have different impact on the practices of management.

There are different approaches of management which are used by CAPCO and other organisations to bring best out of the practices carried on in the management. Some of them are discussed below:

Leadership as already discussed is the power of influencing and directing people to do a certain work for a particular goal and objective. Leaders have certain qualities which influence people to work for them. The leader can adopt various approaches which can be autocratic, participative or laissez- faire according to the situations and environment of the company. Different companies adopt different leadership styles which suits the environment of the organisation. A good leader motivates its employees and keepsthe members of the team happy so that they can give their best efforts for the organisational goal or purpose. There are different leadership styles which have an impact on the motivation within periods of change in the organisations (Larsson &Vinberg, 2010). The discussion below will clear the impact: 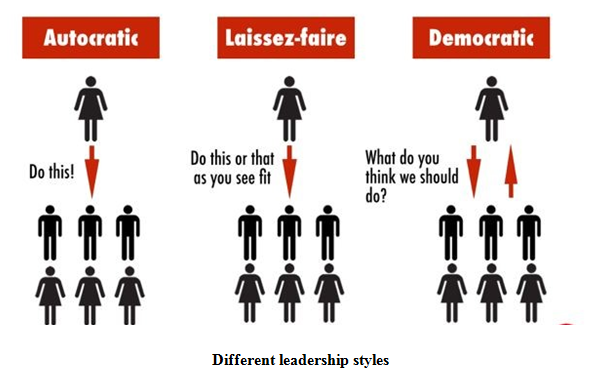 The application of two motivational theories is compared below: 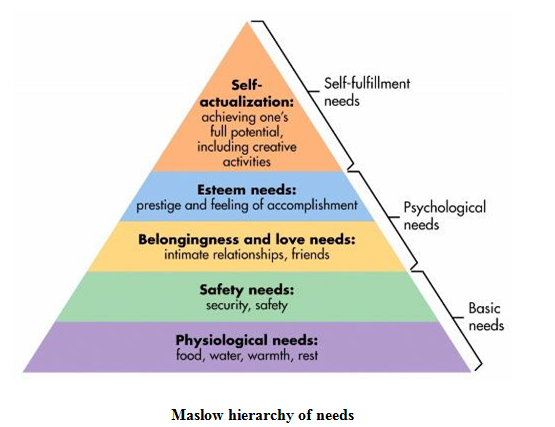 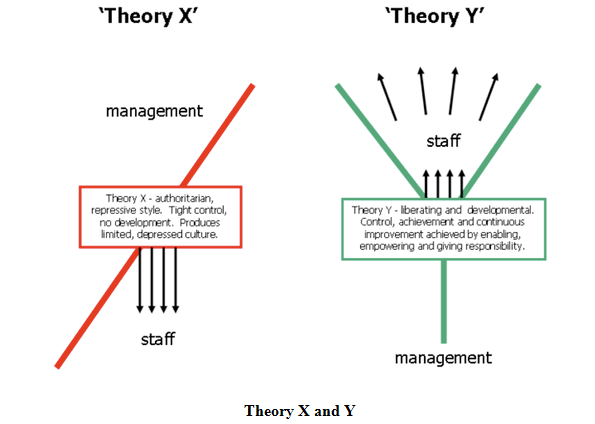 The theories discussed above are different and both have different concepts but both can be applied by CAPCO for motivating their employees and to get better productivity in theorganisation.

Motivation is an important concept which is to be provided by every organisation to its employees so that a healthy environment can be maintained in the company because of the motivated employees. CAPCO uses Motivation theories to provide motivation to its workforce because it is essential to keep the employees satisfied and motivated to make them work effectively for the company. CAPCO uses Maslow’s theory of motivation as this theory explains how an employee can be motivated in stages and how the different level of needs of an employee can be satisfied which will help in getting the productive employee to CAPCO (Bellemare, et. al., 2010). Also the x and Y theory of motivation is applied which helps the company to determine that it should use theory Y which helps in getting the best performance and efforts from the employees. Theory X is assumed to be the situation where the employees are not motivated and rewards are not provided to them for their extra effortswhere as theory Y is assumed to be the workplace with high level of motivation in the employees and the satisfied workers work happily for the success of the organisation. Theory Y suggests to themangers of CAPCO to adopt participative leadership style for satisfying and motivating the employees. These theories of motivation inspire the managers of CAPCO to provide an opportunity to the workers to present their views and opinions to the managers. This participation of the employees will encourage them to achieve the common goals of the organisation by putting their hard labour as employees will feel that they have importance in the organisation. The employees for their good performance get rewards and recognition which encourage them to work more effectively (Bellemare, et. al., 2010).

Group is the collection of many individuals which interact or communicate frequently with each other for a casual or formal objective. These people have things in common like common interests, qualities, qualifications, etc. In a group each member is allocated with different tasks which are to be performed for the common goal or objective of the group. Team is a group of persons which have joined together to achieve a common goal. All the members are accountable individually or collectively. 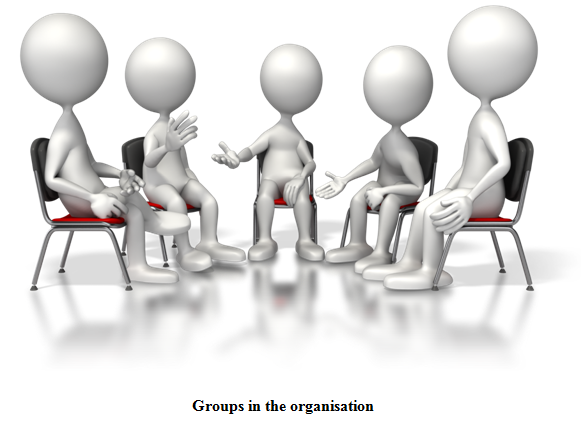 There are two types of groups which prevail in the organisation:

Purpose of teams: The purpose of teams is to provide guidelines which enhance the productivity of the employees and they get motivated to achieve common goals by working together helping each other. They become support systems for each other. Team work is very essential for every organisation to achieve the targeted work.

Team roles: Team roles are defined in a team which is the way in which each team member has to behave according to their qualities and interests. Dr Belbin suggested nine team roles which are effective in contributing to the achievement of the common goals in an effective manner (belbin.com, 2016). These Nine team roles are given below: 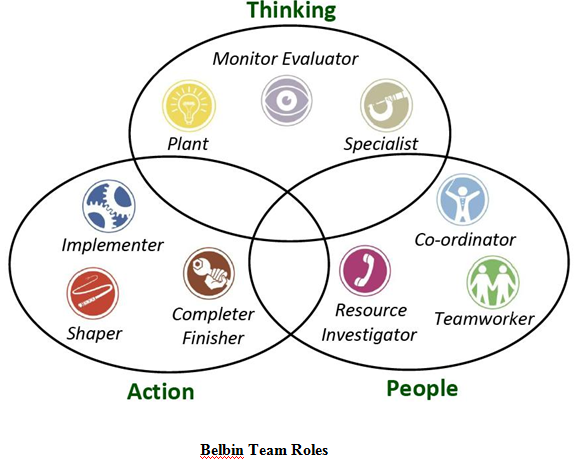 Stages in Team development: The team get developed in stages i.e. step by step. There are five stages of team development which has been provided by Bruce Tuckman. The stages re explained below:

The Belbin team roles can be used by CAPCO to allocate the roles to the employees who belong to the same group so thateach employee can function according to the role allocated to him/her and the group can achieve its objectives properly. CAPCO can also make the appropriate use of the team development stages given by Bruce Tuckman so that a team can be formed properly and common goals can be achieved. 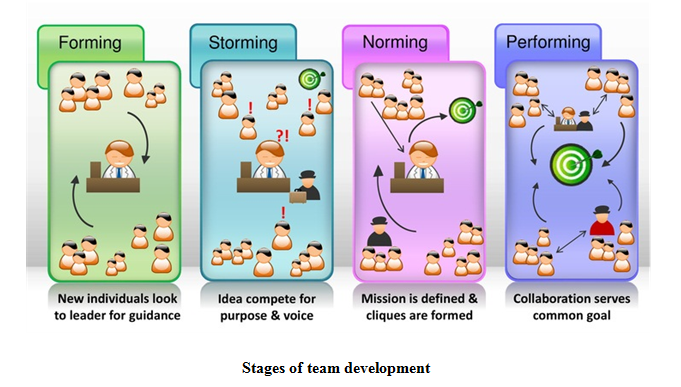 Team dynamics refers to the relationships between different team workers who work for the achievement of a common goal. Teamwork is when all the members of the team work for the same goal and there are many factors which promote the development of the effective teamwork in CAPCO or PepsiCo UK and Ireland:

4.3  Evaluate the impact of technology on team functioning within CAPCO or your chosen organisation

Technology is new innovative techniques which are used by theorganisations to produce their goods and services and to achieve their objective. Due to globalisation it is very important for the companies to adopt new and latest techniques so that it can have a competitive edge in the industry. CAPCO also have to adopt latest technologies so that it can provide innovative products and services to the clients. Also new technologies help the workers in getting their work done in an effective manner (Robbins, 2011). The below points shows the impact of technology on the functioning of team:

Where on one hand, technology has positive impact on the functions of the team of CAPCO, there are some negative impacts too, which are:

CAPCO is a financial provider which is based on a multi functional and multi divisional organisational structure and has a person oriented culture where the company provides continuous support to its employees so that they get motivated to perform at their best level. It can be concluded that there are different motivational theories which are used by CAPCO to motivate its employees so that they can work for the achievement of common goal. The teams in CAPCO are formed for achievement of a purpose which can follow the stages of team development given by Tuckman and the roles are allocated in the team by referring to the Belbin team roles. CAPCO is a company which believes in investing in its employees so that it can maintain its culture and can achieve its objectives with the help of involvement of its human capital.

The Unit 3 Organization and Behaviour Assignment CAPCO Ltd has a main focus on the behaviour of individuals in the organizations, Locus Assignment Help in UK posting free units solutions so scholars can explore assignment help and get review the quality of our work.