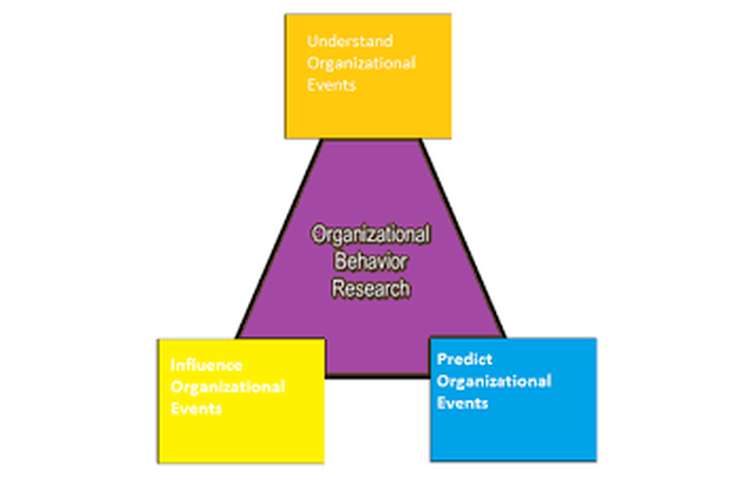 Every organisation works in a different manner. They have different culture and policies according to their structure. The following characteristics are the basis on which the organisational structure is characterised:

Some other elements are also there on which the organisational structure is based upon:

1.2 Explain how the relationship between an organisation’s structure and culture can impact on the performance of the business.

1.3 Discuss the factors, which influence individual behaviour at work.

2.1 Compare the effectiveness of different leadership styles in different organizations.

Leadership means the ability to lead others. Leaders act as the guide to their followers. Leadership is the quality of a person to make others do the work under specific circumstances with specific behaviour. Leaders not only guide or mentor their followers but also influence them. As different people have different personality, so they have different styles to control or manage people. These styles can be referred to as leadership styles.(Grint, 2005)

2.2 Explain how organisational theory underpins the practice of management.

Below are the theories that affect management practices or approaches:

Bureaucratic approach: Scientific approach of management is based on improving the productivity by using scientific tools of management. It focuses on the standard rules for the organisational functioning. The basic components of this approach are efficiency in productivity, standard tools, efficient use of resources, proper workflow, division of labour etc. The organisation that follows this approach deals with using standard processes in the functioning of the organisation.(Williams, 2006) Bureaucratic approach refers to the use of standardised rules with proper hierarchy. The main element of this approach is clear definition of roles in the job. They also deal with formal organisation and have standardised rules. In spite of that, they also focus on the specificity of the jobs and the levels of hierarchy in the organisation.

Contingency approach:System approach deals with both, task as well as people. Organisations with this approach use the strategic process to improve productivity in consideration with the behaviour of the employees. Contingency approach is based on situations. Organisations with this approach are flexible towards the situation. They use different approaches at different situations. They believe that conduction of processes in an organisation cannot be done in similar manner every time. Changes have to be brought in the approaches and functioning techniques of the organisation according to the current situation.

2.3 Evaluate the different approaches to management used by different organisations.

HSBC: HSBC is the organisation that uses system approach to management. HSBC focuses in the improvement of productivity by efficient use of human resources. Organisations like HSBC have specific rules and  regulations on which they work. HSBC is a customer oriented firm and train their employees to deal with customers in an efficient way. They hire skilled employees for dealing with customers.(HSBC.com, 2016)

3.1 Discuss the impact that different leadership styles may have on motivation in organisations in periods of change.

Leadership refers to capability of an individual to mentor and control others. Leaders are those who can control their followers and guide them whenever necessary. Leadership does not limit to mentoring and controlling, it is the ability of an individual to persuade people to make them work. Leadership is about motivating employees to do work efficiently. The style of leadership depends upon the leaders as well as the follower who needs to be guided in accordance with their nature. Different leadership styles have different impact on the motivation of employees.(Jogulu, 2010)

Motivation stimulates employees for efficient working. The performance of the employee automatically gets improves if he is motivated by factor. Different leadership styles falls under two categories.

Persuasive style:In this style, leaders make the decision and after that persuade or influence employees to work according to that decision. Leaders motivate the employees but the factors of motivation are in accordance with the leaders only. This style has less impact on motivation, as if the employees are not happy with the decision made then they do not feel motivated to work in a way leader wants them to do. The style that falls under this category is autocratic leadership style.

Participative style: This style favours the participation of employees in the decision-making processes. The leadership styles fall under this category are autocratic, democratic and laissez faire. Both these styles allow the employees to participate and share their views and opinions. This style itself is a motivation for employees as they feel the importance of getting involved in the organisation’s processes. These leadership styles have great impact on the motivation of the employees in period of change. As the human needs change with time, the factor that motivates him to chase that need also changes accordingly. The leaders have to create the greed of achievement of that needs in the employees to motivate them.

Maslow hierarchy needs theory: Maslow hierarchy needs theory focuses on the hierarchal pattern of changing needs of an individual. This theory identifies that the needs of the individual alters with changing period. On the account of achieving those needs, individuals perform their task. The thought of achieving those needs motivates them to work. Below are the levels of the needs in this theory:(Jogulu, 2010)

Physiological needs of an individual are the survival needs. These needs form the foundation of the Maslow needs hierarchy theory. These needs are very basic in nature and include air, water, shelter and food. After completion or achievement of physiological needs, individual tries to achieve the needs of safety. Safety needs refers to the needs related to the safe environment of the organisation and the security of job of an individual. After security needs, employee wants to retain in the organisation. An employee has to be social because humans need the support of others to retain in a society. This involves the social needs of a man that is about getting support from the superiors and the colleagues. Next is the need of self-esteem. Everyone wants to be valued. Employees need to be recognised for the work they do or the task they perform. This recognition fulfils the need of self-esteem of the employees. Last level of needs is the self-actualisation. At this level, the individual is satisfied with his achievements and move towards growth and creativity.(Wheatley, 2006)

Motivation factors inspire employees to work. They are the inspirational factors that stimulate the employees to perform better in future. They create a sense of competition. Hygiene factors are not present to satisfy employees but are present to avoid the feeling of dissatisfaction. It involves the working environment or the behaviour of colleagues etc. Small celebrations on festivals create liveliness in the working environment but the absence of celebration also does not create the dissatisfaction. This is an example of hygiene factor that affects the employee performance. (Grint, 2005)

3.4  Evaluate the usefulness of a motivation theory for managers.

Introduction of motivational theories proves to be very important in the organisation. These theories motivate employees to give better performance. Motivation is a process of inspiring people or we can say that stimulates them to perform towards a particular goal. If an employee is giving his best then it is easy for an organisation to achieve the final goals or objectives but most of the time it is the demotivated staff that restricts the achievement of organisational gaols.

4.1 Explain the nature of groups and group behaviour within organisations.

The top management people form official groups. The purpose of this group is to make decisions regarding the issues in the organisation. The members of this group are the people with specialised skills who can contribute to the purpose. After completion of the purpose, some groups dissociate and some remain as it is for future purposes. For example, group of Board of Directors is a permanent official group while the group formed for completion of a project dissociates after achievement of the purpose. Social groups have the purpose of interacting with each other on social issues. Members join these groups according to their own choice and can leave the group if they want. The bonding of social groups is based on the emotions. For example, the group of friends in an office is a social group. The members of that group can be from any of the department. They share the kind of relationship and attachment to each other. Group behaviour depicts how the individuals in the group are behaving collectively. People join groups for many purposes and they behave accordingly. You will find that the social group always looks happy and stress free as compared to the official groups. The nature of group behaviour depends on the purpose. Two friends behave differently if they are a part of an official group. The interaction of the people in the organisation may have its impact on the behaviour of the individual. Three key phenomenons can be focussed upon while studying the effect of group:

Groupthink refers to reaching out to a decision with involvement of all the members of the group. Group shift suggests that group has more risk taking capacity than the individual as the risk divides in the group decisions. It also suggests that the support of the members shift the view of an individual from normal to extreme. Deindividuation means loss of individuality. Individuals loss their individuality as they act as a group. CAPCO favours the practice of working in teams. As the organisation has open and free environment to work, employees can easily interact with each other. This supports the functioning of group as the members of the group feel more comfortable working with each other even in the formal groups. CAPCO supports the formation of the temporary formal groups as they get dissociated after the completion of the project.

4.2 Discuss factors that may promote or inhibit the development of effective teamwork in organisations.

Working in a group is not an easy task. Maintaining a synergy in the group is very difficult for long time. Individuals in the group can become the strength of the group but sometime act as an inhibiting factor as well. The teamwork is very much influenced by the external as well as internal factors. Some promote the teamwork and some may inhibit them. (Frazer and Oswald, 2009)

CAPCO does not have any inhibiting factor that influences the teamwork of that organisation. CAPCO has great communication channel, they have great leadership approaches and the employees are free to share their views.

4.3 Evaluate the impact of technology on team functioning within a given organisation.

In today’s era, we cannot imagine even our daily doings without technology. Technology has great impact on our lives either personal or professional. Likewise, organisations are also not away from the technology. Innovations in technology prove to be very beneficial for the organisational functions. Introduction of new gadgets, improvement in software etc lead to ease in communication and data transferring. Some of the new technological advancement that is beneficial for the organisations are:(Sevincer, Kluge and Oettingen, 2013)

CAPCO is the organisation that is using technological benefits at great extent. Following are the technologies used by CAPCO: