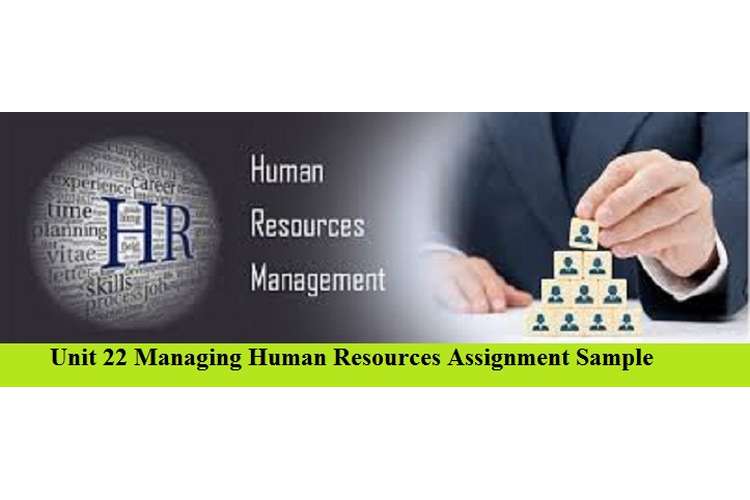 According to Mathis & Jackson, human resource management is defined as the design of formal systems within an establishment for ensuring productive as well as efficient utilization of human skill for the accomplishment of the goals in relation to the organization. 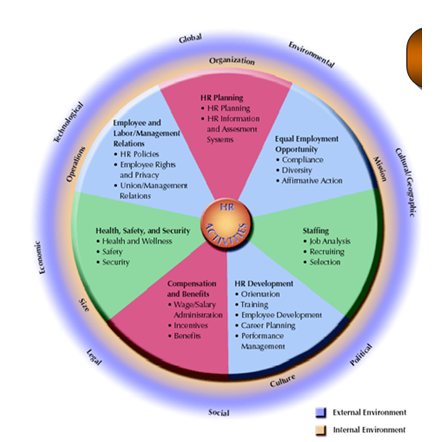 The HR activities is related with the aspect of HR Planning and Analysis, Equal Employment Opportunity, Staffing, HR Development, Compensation and Benefits, Health and Safety & Security as well as employee & labour management relations. The HRM Challenging aspects are associated with the availability of the workforce and quality, growth in contingent workforce, demographics and diversity issues, balancing work and family as well as organizational restructuring, mergers and acquisitions. The role of HRM is associated with administrative role, employee advocate role as well as operational role.

Examining the impact of EU law on Equality consider how it might impact on a Diversity Management approach to Flexiworking.

Health, Safety & Security
Employee and Labor Management Relations (Buller, P. F., & McEvoy, G. M. 2012).
Equality and Diversity: Diversity is referring to the range of differences amongst the individuals as well as employee groups. To manage diversity, there is a requirement to recognize the wide variety of qualities that individuals are possessing in an establishment. (Mutua, S. 2012)
Equality is associated with the aspect of providing equal opportunity in regard of race, color, disability, sex, religion, nationality for treating qualifications that are based on work. (Armstrong, M., & Taylor, S. 2014).
Distinction between Equality & Diversity

High Performance Work Systems (HPWS):This is considered to be the set of management practices that are doing the promotion of autonomy, devolved responsibility as well as high performing working teams. This is a particular association of the practices of human resource that is maximizing the knowledge, skill, commitment as well as flexibility regarding the staffs. (Armstrong, M., & Taylor, S. 2014).
Training and Development: There has been the extension of training to additional staffs in the place of work from 2004, but there is shorter duration in respect of training. The satisfaction of employees in relation to training has however increased during this phase. Training has been cut by certain managers following recession as well as there as reduced levels of satisfaction in some places of work. According to a survey that was conducted, around one in every six workplaces (approx. 17%) reacted to recession through the reduction of the expenditure regarding training. The other ways by which the workplaces responded regarding recession was to freeze payment, delay recruitment, change the organizations relating to work as well as postponement of plans for expansion. (Armstrong, M., & Taylor, S. 2014).
Regarding the analysis of the needs for development, it can be stated that within the organizational levels, there is the requirement for skills as well as learning in respect of an organizations relating to the strategic aspect. (Armstrong, M., & Taylor, S. 2014). Regarding the problem centered approach, there is a focus on the problems related to performance as well as exploring whether the problems are arising because of the absence of skills. Regarding the competency profile centered approach, there is a need to match the competency profile of an individual regarding the job and it is more effective when an individual is new to a job. (Kehoe, R. 2013)

This gives rise to the actualization of the 4Cs such as commitment, congruence, competence as well as cost effectiveness. (Armstrong, M., & Taylor, S. 2014).

For reviewing the policy of human resource it can be stated that the appropriate policies regarding human resource that are completely used as well as understood across the establishment are considered important towards the improvement of diversity. Each and every staff is having the right for requesting flexible working and the various organizations are required having the policies for supporting this. It is to be ensured that each and every staff should acknowledge the alternatives regarding flexible working and that approach should be having the consistency as well as accommodating.

The Critical Incident Technique is required containing four stages that include the aspect of assumption, learning in action, learning on action as well as transfer of learning. The four level approach is depicting certain aspects in which assumptions is stating what is occurring regarding the task, learning in action is stating what was being learnt as progress started taking place, learning on action states what needs to be done in a different way if there is the need to start again and transfer of learning states where the learning will be used in an explicit manner within a project. (Delahaye, B. 2015).
A Critical Incident Technique is considered to be a set of procedures to collect direct observations regarding human behavior in a manner that is associated with facilitating their potential effectiveness to solve practical problems as well as develop broad psychological ideologies. (Delahaye, B. 2015).
Reflection is defined as an actively relentless as well as careful consideration regarding any belief or supposed information structure in the light of the grounds that will be supporting it as well as the further conclusion to which it will be tending. The perspectives of reflection is considered to be a common term regarding the intellectual as well as efficient activities where individuals are engaging towards the engagement of exploring their experiences for leading a new understanding as well as approval. (Delahaye, B. 2015). There exist two kinds of reflective perspectives viz. Reflection-in-action as well as Reflection-on-action. Reflection is also regarded as a method to review a practical experience for describing, analyzing, evaluating and therefore, provide information regarding practical learning.(Alfes, K. 2013)
There is a need to use reflection for deeper learning, practical theory, extending knowledge links, celebrating success, highlighting opportunities for learning, exploring thoughts and feelings, developing individual awareness, breaking automatic behaviors as well as informing practices for the future. (Delahaye, B. 2015). Regarding reflection, it can also be stated that prior to taking action, there is a need to make preparation as well as planning, while taking action there is a need to think on feet as well as making adjustment at the time, while on action there is a need to look back for finding a way ahead as well as for applying action, there is the need to find the place for applying the new insight.