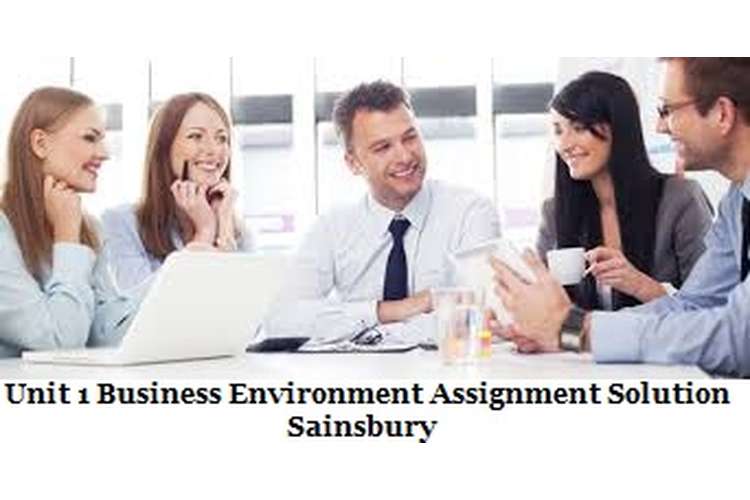 Sainsbury PLC has started its business in London and has been part of economy from last one hundred forty years. UK follows mixed economic system and the economy has supported a supported many business to boost the economy of the country (Polak, 2013). Sainsbury has been widely supported by the economy of UK and this is why, the company is one of best organisation in the country.

P 2.2 Considering Sainsbury PLC UK assesses the impact of fiscal and monetary policy on their activities.

Following is the impact of fiscal and monetary policy on the activities of Sainsbury PLC:

P 2.3 Explain the impact of competition policy and other regulatory mechanism on the activities of Sainsbury PLC UK.

The main motive of the competition policy is to promote competition at all levels and also to make the market a better place for the organisations. It also contributes in the improved efficiency for the individual markets and also increased competitiveness of the organisation in UK within the EU individual market. The main aim of competition policy is to make sure that there are larger consumer choices, also there is technological innovation which also encourages the efficiency in diverse felids and it also helps in effective and efficient competition in prices between various suppliers (Agoraki et al, 2011).
Sainsbury is the part of UK economy and following are the four important factors of competition policies in UK: -

To start with the report will first understand how the market structures determine the pricing and the output decisions. There are various types of markets in different marketing intelligence, economies, or goods. So at many times, outcome and pricing decision are of various types and are categorised under various heads (Baldwin & Scott, 2013). At the same time, outcome and pricing decisions are very much dependent on each other leaving an exceptional case of perfect competitive market. So in perfectly competitive market, an individual organisation is usually small in comparison to the market which will not be affected by prices. So in this case the price must be accepted which is given and the company must focus on quantities which are needed to be supplied. So basically the price is equal to the marginal cost of production. On the other hand, in case of monopoly situation is completely different and changing of the price can be done very easily by the monopolist since he is the single provider of the services or product (Baldwin & Scott, 2013). But in this case also, when the price of the product or service increases the demand of that product decreases to an extent. So while deciding the price, the monopolist can take everything into consideration. There are other market situations as well like oligopoly where the setting a price is a complicated process and in this case it is completely dependent on the strategic interaction of the organisations.

Market forces are major factors which affect the organisational responses or the outcome. Market forces basically included supply, demand, and marketing the consumer. As far as supply is concerned, it is the amount of the goods and services which is available in the market. There are situation when a product is placed in the market like for example soda and the supply of this product is greater than its demand (Leung et al, 2005). This is why, in this particular case the demand and supply are inversely related to each other.
Every organisation wanted to reach a point which is termed as equilibrium where the demand and supply are at par and it is also termed as ideal market situation. It can also be measured by price. Marketing is a function that can completely change the point of equilibrium because it can be responsible for increased demand and therefore the equilibrium may shift and this point where demand is more than the supply is a point where supply and demand meets the need of customer (Leung et al, 2005).
Sainsbury PLC is in situation where the company can change the demand and supply and change the shift easily. The complete focus of the company is meeting the consumer needs and for which the company is trying to meet the supply pressure since the demand of the products provided the company is huge.

P 3.3 Explain how the business and cultural environments shape the behaviour of Sainsbury PLC UK.

Culture in in itself is a broad subject and it can refer as the way norms and values which become a guide for the people in general to understand the manner in which they need to behave in a society (Leung et al, 2005). When culture is discussed at organisational level is termed as organisation culture and at the society level it is termed as national culture.
Organisational culture is very important for the any business since it shapes the value, beliefs and also people learned different and their own way to do business. This can easily be reflected in the structure of the company and in the people who work for the organisation. The culture of the organisation can also be decided from its vision and mission of the business and its past and present manner in which the employees are handled. Every organisation is unique and different in its own way and every organisation will have a culture which is different from of the world. So the analysis of culture is very important as it may affect the overall outcome of the organisation.
Sainsbury PLC culture is very rich and has a long history since it is into existence from more 145 years. The company is known to be a best working place for employees and the company also focus on providing the best quality product to its customer (Leung et al, 2005). The culture has impacted the overall performance of the business and the sustainability of the business because of which the company has been in business for so long.

The report have discussed in detail about business environmentand various situation in the business which the company have to face. Also the complete report was discussed with reference to the Sainsbury PLC. Business environment plays a very important role in the life of the organisation and the points discussed in the report should be taken into consideration while establishing any policy or strategy for the business.