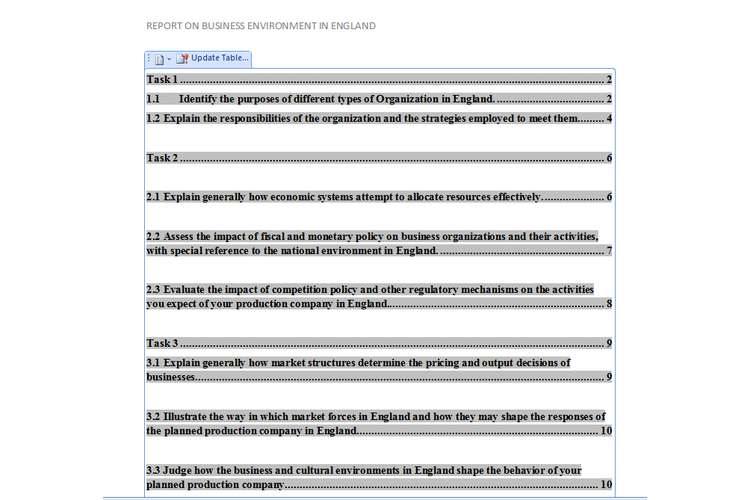 1.1 Identify the purposes of different types of Organization in England.

An organization is a type of a structure which is made of mainly three elements that are relationships, responsibilities and authorities between different individuals with the help of which the organization achieves different objectives. The purpose of any organization is to make profit in a standard way. The organizations in England are also built in order to fulfill this purpose. England is the capital city of United Kingdom and has a vast number of organizations built in the city. There are many types of organizations which are there in England and their goals and objectives and even their interests vary from organization to organization. Some of the organizations in England are built to earn profits, some are created to support mankind and some of the organizations are known as non-profit organizations which have been created to do some good cause to the society. The sole trader is a kind of a business organization in England that is owned by one person. A sole trader is a kind of a business organization that is started by using personal funds, it is the responsibility of the sole trader to decide as to what type of good or service that he would like to produce and what will be his target market in Britain. In Britain around eighty per cent of all the business organizations are sole traders. The reason for this is mainly because the ease with which an individual is able to establish this type of business. Another type of business environment is Partnership in which two or more individuals establish a business which they own. Such partners have unlimited personal liability.  The partners in such a firm have a limited liability to their investment in the partnership. Partnership firms are limited to only 20 or less partners under the law. Partnership companies have written contracts between the partners which state the type of partnership it is, how much capital each partner has contributed, and thus how the profits and losses will be shared. There are a number of partnership firms in England. Limited companies are companies in England which are registered at Companies House- www.companieshouse.gov.uk. Such companies have a legal entity with its own legal rights and obligations, separate and distinct from those of its members. In this type of organization all the property which is registered on company, belongs solely to the company and is thus not treated as belonging to the company's shareholders and directors. The benefit of a limited company is that it offers limited liability to its members. Another feature of such a company is that as per the legal entity of such a company the members and directors are not personally liable to the debts of the company unless they have acted wrongly in some way. There are two different types of limited companies; they are public limited companies (PLCs) and private limited companies (Limited, LTD).
British Airways is the most reliable and well known airlines in UK. It is an International Airline that provides its services to almost 570 destinations and spanned across 133 territories. It is headquartered at the Heathrow and Gatwick airports. In the year of 1972 the United Kingdom government established a British Airways Board in order to manage the two nationalized airline corporations, namely the British Overseas Airways Corporation and the British European Airways and two more but smaller regional airlines namely the Cambrian Airways from Cardiff and the Northeast Airlines from Newcastle. All the four companies were then merged to form the British Airways on the 31st March 1974 (Grugulis & Wilkinson, 2002).

1.2 Explain the responsibilities of the organization and the strategies employed to meet them.

BA is an aviation company with its sole purpose to give high class comfort to its passengers. Its objectives are to be punctual with their service, to reduce the number of misdirect or loss of baggage of the customers, and thus to be the best in their business (Balmer, Stuart & Greyser, 2009). The responsibilities of British Airways in terms of social, economic, environmental and ethics are as follows.

1.3 Describe the extent to which the organization will meet the objectives of different stakeholders.

For complete copy of this solution, order for Assignment Help