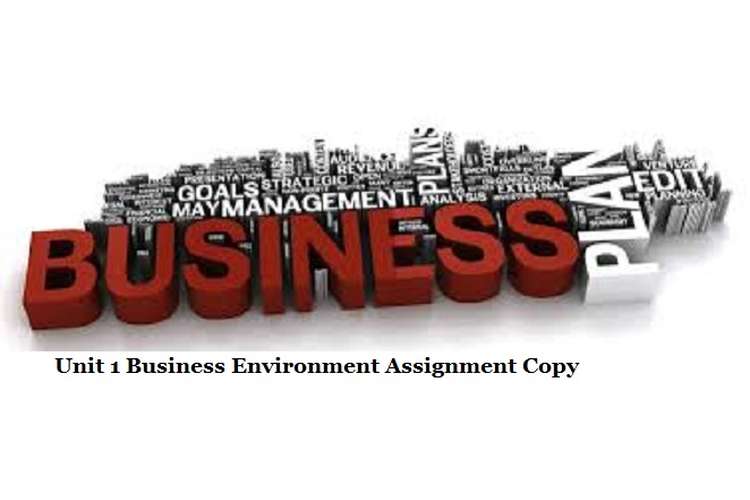 Q1.1 Identify at least four different types of organisations that exist in the U.K.

1.1 Identify the purposes of different types of organizations

Sole trader/Proprietorship:  This is a legal entity, which is headed by the proprietor who is the sole owner, who brings in the resources needed to run the business. Hence, he/she has complete powers relating to decision making and is able to claim ownership to all the profits made by the business environment. On the other side, the owner is also responsible for any losses he/she makes in running the business, complete liability he/she may incur while conducting the business (e.g. purchase of goods on credit). This trader is also responsible for maintaining necessary records and books of account and payment of taxes incurred, in time. The purpose of a sole trader is to carry on business as a single entity and not be answerable to any business associate, within the business.
Partnership firm: When two or more individuals come together, draw up a partnership agreement (called a ‘deed’) and decide to share the responsibilities as well as the profits, they constitute a partnership. Normally, all partners bring in a portion of funds and share profits equally, besides being responsible for payment of taxes on each of their own share in the profits. The extent to which the sharing takes place and the amount of responsibility one assumes within a partnership can however, be limited (called a limited liability partnership) and all such details can be found in the partnership deed.  The partnership will choose a single person or entity (called a ‘nominated partner’) who would be responsible for keeping records, payment of commitments like tax, creditors etc.

1.2 Describe the extent to which an organisation meets the objectives of different stakeholders

Organisation name: Adobe Systems Incorporated(ASI)
This is a publicly traded company, whose shares are listed and traded on the NASDAQstock exchange, USA. In the UK, such companies are called Public Limited Companies implying that they are limited liability companies, offering their shares for sale through a stock exchange.
Stakeholders in a business environmentrefer to any person or entity which has an interest in the business and originally, it referred to the shareholders of the business. However, over a period of time, it is used in the sense of encompassing all individuals, institutions or entities who have an interest in running the business and keep it a ‘going’ concern, e.g. Investors (shareholders), employees, customers and suppliers. Generally, organisational objectives of any business would include sales growth and profit maximisation (towards its shareholders), welfare and happiness (of its employees) in a broad sense.
The stakeholders of ASI, in the conventional sense of paid up capital held by shareholders in ASI, would consist of 665 investor institutions, who currently hold shares in the company, to the extent of $ 3.39 bn. (as on 29/11/2013). Apart from the investors in the company, the stakeholders also consist of around 12,000 employees all over the globe and the company’s suppliers, customers etc. In a larger sense, one can say that it encompasses the residents within the community it operates in.
ASI attempts to meet the objectives of difference stakeholders by defining certain business centric objectives such as:-

1.3 Explain the responsibilities of an organisation and strategies employed to meet them

Organisations generally recognise as its responsibilities, the need for fair dealing and completion of any contracts that they may undertake, in good faith. In case of ASI, they spell out the need to promote integrity and maintain high standards of ethical conduct in all their dealings. They also strive to deliver quality in their products and services to other stakeholders in the business (i.e. customers, partners etc.) ASI’s key customers include a variety of enterprises such as Engineering firms, Hospitals, financial institutions, government bodies, Universities and multinational corporate.
ASI feels the need for fairness in treatment of its stockholders, employees and customers through adherence to laws and regulations of the land and policies.
Insofar as their staff are concerned, ASI strives to create a creative as well as productive work environment. They further describe themselves as an ‘equal opportunities employer’ ensuring against unlawful discrimination on the basis of age, race, sex, colour etc.
(Adobe, Code of Business Conduct, 2008)

Q 2.1  Using a country or countries of your choice, explain how two economic systems attempt to allocate resources effectively.

An economic system refers to the method of planning and organising the means of production in a country as well as method of distribution of goods and services produced (resources). The types of economic system, are differentiated based on the goals and priorities of the culture/society, following it.
The 4 main distinct types are (a) the traditional (b) the command or planned (c) the market economy and (d) the mixed economic system. Their main differences lie in their approaches to management/utilising of their scarce resources.
a true Market economy, the government’s role is almost non-existent due to complete deregulation. Because of the extreme nature of the mechanics here, such an economy is not seen anywhere globally in current times. An example can only be seen in the past – i.e. the 18th/19th nineteenth century in the USA, when there was strict non-interference policy from the government.
In case of the Command economic system, there are tight controls imposed by the government of the country, which dictates how resources should be used and distributed. Every component of the means of production, from utilisation of resources to wage distribution, is controlled by the government and the distribution of the wealth produced is completely in the hands of those in power. This kind of an economy is said to be a planned one as there is no concept of individual initiative or desire in case of either production of or use of wealth, but an initiative towards shared output, among the individuals within the society, as a whole. As against the Market economy, in the Command economy demand and supply do not play a role and instead the centre of power (say the government) makes decisions regarding what is to be produced at all and who should be allocated the goods/services produced. A good example of a Command economy would be the erstwhile USSR or China.
As against the above, in the Market economy there is a free play of market forces as to what is produced, how and who uses them. Also in contrast, individuals have a say in the key questions. Therefore, every person has the freedom to decide how he/she would participate in the economy, both as a producer and as a consumer. In

2.2 Assess the impact of fiscal and monetary policy on business organisations and their activities

The UK economy can be classified as a Mixed economy, with both the private enterprise and the public sector co-existing, with ownership controls. At crucial points in history, the Government has stepped in to take over private companies/institutions i.e. Nationalise (e.g. BBC, NHS etc) and at the same time, there have been instances of privatisation as well (e.g. Royal Mail in Oct, 2013).
Some key statistics of UK economy are:

The fiscal policy in UK refers to the government’s spending and taxation policies which it uses to control and influence economic performance by impacting inflation, interest rates, consumer spending etc. This is carried out by the Treasury on behalf of the Government.
Monetary policy lays down regulations of the monetary authority (i.e. Bank of England) to control money in circulation and indirectly guiding rates of interest, unemployment levels and prices of commodities, for stability of the economy. (Bank of England, 2014)
businesses chosen to analyse impact of policies: Barclays Bank and Harrods
Impact of fiscal policies on the businesses: The key impact of these policies are on the demand side of goods and services. For instance in case of contractual fiscal policies-

On the basis of above, we may conclude that, the above scenario would lead to lower sales and profits in the books of Harrods, which may affect it target achievements and share value.  (Yahoo Finance, 2014)
This would in all likelihood lower deposit levels in the books of Barclays, thus forcing them to source funds from other avenues like bonds or certificates to fund their loan portfolio. This may work out to be expensive and lead to decreasing profitability of the Bank as well as affecting its Liquidity ratios.

2.3 Evaluate the impact of competition policy and other regulatory mechanisms on the activities of a selected organization

Organisation chosen:Sainsbury’s
Competition policies are usually put in place to regulate market competition and to ensure that there is fairness in conducting of businesses. In the UK, it is enforced by the OFT (office of fair trading) which is a government body which strives to protect the consumers and enforces competition law, side by side. It is a proactive measure, upholding or maintaining the level of competition and not a prohibitive measure. The impact of competition policy on business Sainsbury’s activities would be to make sure that the company sticks to the accepted rules of ‘level playing field’ which is what the OFT would want to uphold. Thus, if the store advertised that it would improve upon a rival store sales by10%, then it would be incumbent on Sainsbury’s to ensure that this is upheld and also it is done so in a verifiable manner  e.g. by way of an indication on the printed bill.
The impact of competition policy is seen to have both merit. s and demerits as far as Sainsbury’sis concerned:
Merits are that consumers are made aware in explicit terms as to the conditions of sale on offer in stores. Further, in case of breaches, there is a well-planned system of redress for the consumer. On the positive side for Sainsbury’s, the rules ensure that the business remains regulatory correct and any success or profit figures are purely on the merits of their performance.
The demerits are that customers sometimes take trivial exceptions and this may lead to unwanted negative publicity. As for the positive side for the business, the existence of an objective regulator ensures that there is a fair watchdog who will kill any competition which may give a weapon in the hands of the competitor.
Other regulatory mechanisms being utilised in the UK are :

This is a kind of regulation that originated in the UK where an external regulator imposes a cap on the final price paid by the consumer, the price being arrived at after considering the rate of inflation is the one linked to the price cap index. This has to be adhered to, by all service providers in that specific industry. E.g. Power, public transport etc. in UK
Chosen organisation: Centrica
Centrica is aFTSE 100 company, which provides gas and power to UK consumers, enjoying a natural monopoly in this area.
The advantages of a price cap on power is to provide a vital consumer need to UK households which is not only nominal but also which is pegged to the retail price inflation index (RPI), moving and falling with it. Thus households get to pay an inflation linked tariff just as most of public sector employees are paid wages linked to the RPI. The negative effects are that Centrica has its income curtailed by an external regulator, in the name of transparency.  (Centrica Plc, 2014)

This is the process by which the government takes a leading percentage of shares in a company, thus making it a publically held entity.
Chosen organisation: Northern Rock(Bank)
The nationalisation of this Bank was effected to help depositors of the Bank who would have otherwise lost their hard earned money as otherwise the Bank would have run into liquidation proceedings. Hence this was clearly a positive action, from the point of view of depositors and the bank, as well.