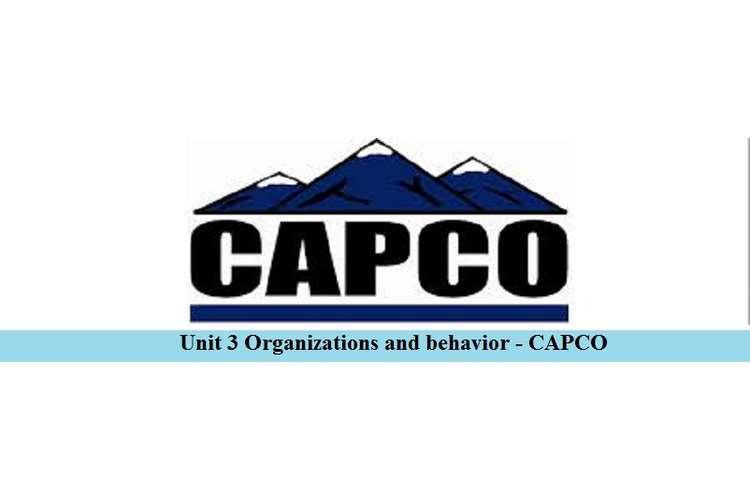 C.1 Discussing the impact that different leadership styles may have on motivation within period of change

Motivation is directly connected to the productivity of an organization. An organization with motivated and dedicated employees can perform better than an organization with the unsatisfied employees. As a result, organizations try to apply several motivational theories in order to influence the productivity. The most popular theories of motivation are Maslow’s hierarchy of needs theory and Herzberg’s two factor theory.
The application of Maslow’s hierarchy of need theory requires the managers of CAPCO to identify the needs and wants of the employees and to classify them according to the stages suggested by the theory. The theory suggests five stages of needs of human being and to use these needs in order to motivate the employees. The five stages of hierarchy theory are physiological needs, safety needs, social needs, esteem needs, and self-actualization needs (Shaw, 2012). If the employees fulfill the one stage of needs, the successive stage can be used by the managers as a tool for motivating them. In such way, the manager can use the needs of human being as a tool for motivating them towards work.
The two-factor theory of Herzberg identifies two factors related to motivation- hygiene and motivators. In order to apply the theory, the managers of CAPCO have to identify the hygiene factors and motivating factors. The theory suggests that the absence hygiene factors create dissatisfaction among the employees (Shaw, 2012). These factors are common in every organization such as environment, wage policy, job security. At first, the manager has to ensure the presence of these factors. Then, managers of CAPCO have to identify the motivators as the presence of motivators motivates the employees.  The theory suggests that the presence of motivators will motivate the employees and the absence of these factors keeps the employees neutral. So, he managers can use the factors such as challenging job, growth of company advertisement and promotion as a tool of motivating them. In applying the theory, the manager of CAPCO is highly required to identify the motivators and hygiene in order to create an opportunity to increase the productivity of the organization. But, the problem is that some elements are motivator to some employees and at the same time they are hygiene to the other employees.

C.3 Explaining the necessity of managers to understand and apply motivation theories within the workplace

In this part of report, the discussion will be made on nature of group and group behavior, factors that promote teamwork, and evaluation on the impact of technology on teamwork. This will provide an understanding of effective teamwork of organization like CAPCO.

D.1 Explaining the nature of group and group behavior within CAPCO

Is a combination of people who are assigned to attain a particular goal by working in a combined way (Luthans and Kreitner, 2015).  Most of the important tasks of CAPCO are assigned to a particular group by considering the nature of the work and the specialty of the group members. The group objective is defined by the managers and the group leader is liable to the manger for performing the work with the help of the group members. The group members are bound to follow the instructions of the group leader and interact with each other in order to attain the group’s goal. A particular time period is bounded by the managers of CAPCO to a particular group for performing a particular goal. As the end of the time period, the performance of the group is measured and compared with the standard that is set by the manager at the beginning of the task. As the management of the CAPCO is liable to run the organization properly, the management creates some specialist group based on the similarities of the group members in respect to their personality, skills, education, race, gender etc. and assigns them with particular goals (Shaw, 2012). These groups are R&D group, customers’ research group, credit risk group, market analysis group. The group members interact with each other to do the work in the best possible way. As the people of a group are similar kind, the interaction of the members become more effective and the performing to assign work become more easy and effective. The most important thing is that the achievement of the organizational goal of CAPCO is a combined success of different group of people in the organization. So, the effectiveness and success of groups of CAPCO is directly related to the success of the organization. So, the responsibility of managers of CAPCO is to create several specialized group and assign them with special goals in order to influence to success of the organization.

D.2 Discussing the factors that may promote or inhibit the development of effective teamwork within CAPCO

Teamwork is the best to make a work done and is very important for the success of an organization. But the effectiveness of teamwork depends on several factors that have a direct impact on it (Lewis, 2013). The cooperation among the group members is the most important element to make a group effort successful.  In addition, the respect of group member to each other and believe in each other are the important determiner of a group effort. In addition, the formation of group is also important for the success of a group. If the members of a group are selected in accordance with the similarity of their personality, skills, education, attitude etc., the success of the group is very possible. Because, the individuals of similar category will be able to interact with each other easily... As a result, the performing of group task will be easier. In addition, the diverse members in respect to culture, race, personality will gather more ideas and will promote creativity of group work.
In contrast, the effectiveness of teamwork can be hampered by the misunderstanding among the group members (Luthans and Kreitner, 2015). In addition, the lack of proper communication also decreases the effectiveness. The worst is happen when the team members don’t have a proper understanding on the objective of the teamwork.
Managers of CAPCO select the members of a group in accordance with the nature of task and the characteristics required for the member to perform the job (Shaw, 2012). Managers make the members understand the goal and assign them by binding a particular standard and time. Later, the group leader determines the role and responsibilities of each member and interacts with the members to attain the goal. Managers of CAPCO follow Belbin’s team role to classify the responsibilities of each member.

D.3 Evaluating the impact of technology on team functioning within CAPCO

In this report, a broad discussion has made on the structure heritage culture of CAPCO and comparison has and with that of HSBC. The influence to CAPCO’s culture and structure on the leadership style of the organization also discussed and the detailed was said regarding the influence of leadership style on the motivational theory practices of CAPCO. The discussion reveals that the structure has a great influence on the behavior on individuals within the organization. The application of motivational theory by the managers of CAPCO is also discussed. In the later part, the formation and functioning of team and teamwork of CAPCO has discussed and the impact of technology on the group performance is also discussed.