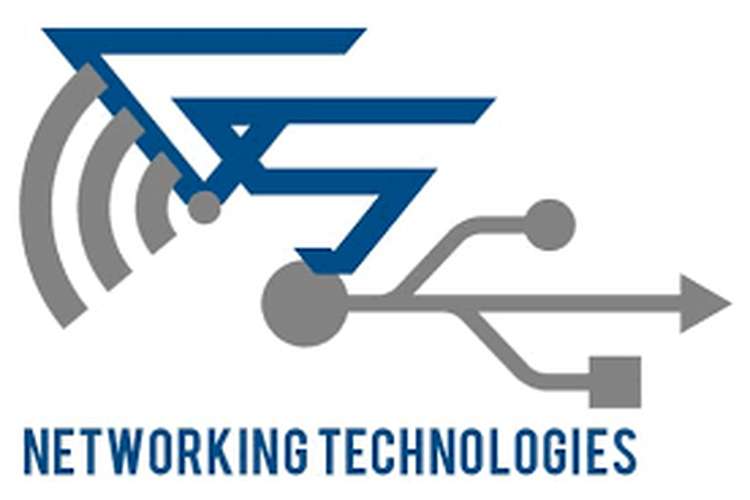 Network designing is an important and sophisticated area of improving business ability of an organization. It needs careful analysis of the data, business span, number of available workers and the budget. Door2Door is a courier service organization having 15 years of reputation in the mailing industry and now it is expanding its service span to three more areas Edinburgh, Cardiff, and Belfast. Each newly started office is going to have around 6 systems in each office limiting to 3 branch offices under each regional office. Our assignment is going to discuss about basics of networks and networking technologies and the appropriate design for our courier company. 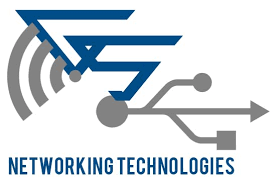 Task 1: Different types of networks and networking topologies and Selection of one best network type that is appropriate for our scenario.

Networks can be classified into mainly 3 types according to their structure and area of span. These are as follows

Local area network: It is networking computers and the associated computing devices together with the help of protocols those are usually with in a hall. Local area network enables sharing of resources with many users as pointed out by Keffer (2005). This kind of network can be applied in our sub-offices.

Metropolitan area network: It is somewhat larger network than LAN in size and it spans a city or a large campus. It can be operated with several offices of an organization and maintained by a single owner. This was applied to connect our sub offices to the regional office.

Wide area network: It is the networking of two or more LANs and WANs connected together and having span of many miles. They transfer data with high speed phone lines or satellite links. We can use this to connect regional offices to head office.

There are 4 topologies available

Bus topology is the connection of devices with a central backbone and sharing of resources through the central backbone. We can establish this topology for connecting devices together in regional offices and sub offices  as pointed out by  Keffer (2005). 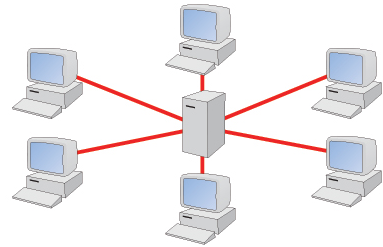 Star topology is the topology that provides equal bandwidth to all the LANs connected through the central hub and we can use star topology to connect local area networks of regional offices to the head office as noted by Kaur (2009).

Task 2: Identify different networking standards that can be used to implement networking for Door2Door and discuss their benefits and constraints.

There are several networking standards available. Out of them, we can use Ethernet standard or Wi-Fi standard of communication for our local, regional offices and head office.

Ethernet: This standards allows all the devices connected together to use the network when it is free of data. It is mainly based on bus topology and there is no central computer to control. Local office computers can be connected together by using Ethernet because each employee of the office will have equal access to the network as noted by Dadarlat (2008).

Wi-Fi:Elements of network communicate with each other by using a hotspot and powerful radio signals somewhat similar to Bluetooth. Devices of head office and regional offices can be connected together by using Wi-Fi technology as pointed out by Dadarlat (2008).

We can choose different protocols for our networking based on their topology and technology. Each network of our courier company may need networking protocol of different types because of their difference in functionalities.

IEEE 802.11: It is the mostly used networking protocol for connecting devices together with Wi-Fi technology. It is with all the wireless local area networking standards and mostly operated in 2.4, 3.6, and 5.0 GHz frequency bands. It provides duplex communication over air. It is giving somewhat larger range of span than ordinary Bluetooth signals and the Wi-Fi signals can be accessed up to 100 metre.

TCP/IP: Transmission control protocol is a popular networking standard that control how the messages are transferred from one machine to another machine in the network through different kinds of networking technologies. TCP/IP is a ground technology that is established in the internet and facilitates transfer of data. We are also using protocol to access our company data across the globe.

Read About Aspects of Contract Negligence in Business Law

Task 5: Design of our company network 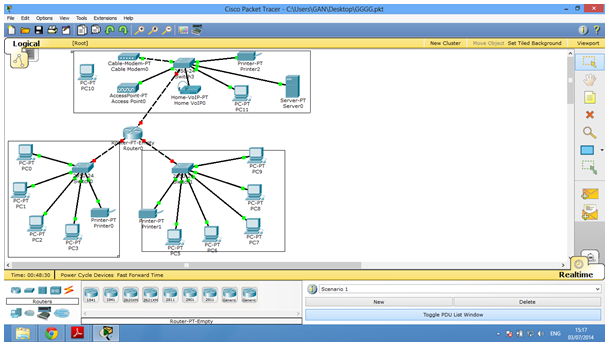 The regional offices are connected with their branch office network only through available internet service providers. But several steps are also taken to improve the performance of the network. Workstations are also protected to be free from internet attackers and hackers by using proper firewall.

Fill up the following form according to your experience in the designed network and helps us to improve the design more. 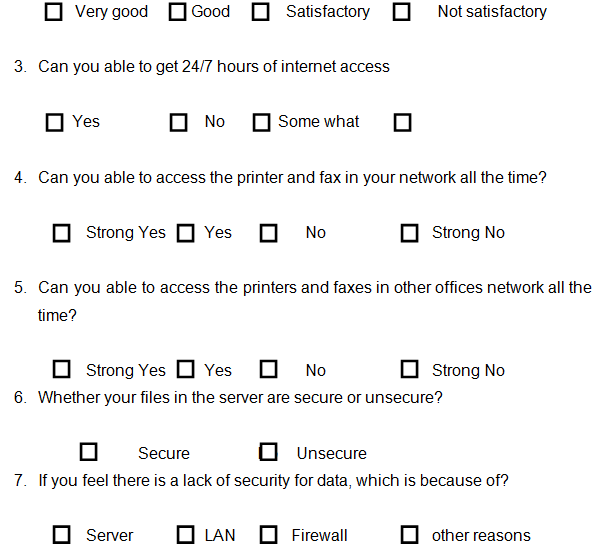 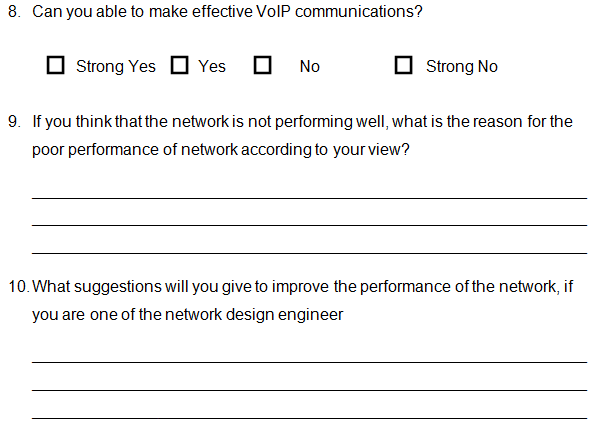 Task 7: Analysis of the results tested by using Cisco Packet Tracer software and comparisons of those results with the expected results

The design we have created is simulated and analysed with Cisco packet tracer software version 6.0 and the results show that our design is producing 100 per cent efficiency as pointed out by Ali (2012). The results are usually tested by simulation software before it is implemented because a poor design will results in waste of time, waste of organization funds and also increases the project expenditure than planned. So our design is also tested with cisco packet tracer software version 6.0 as noted by Chipps (2007). 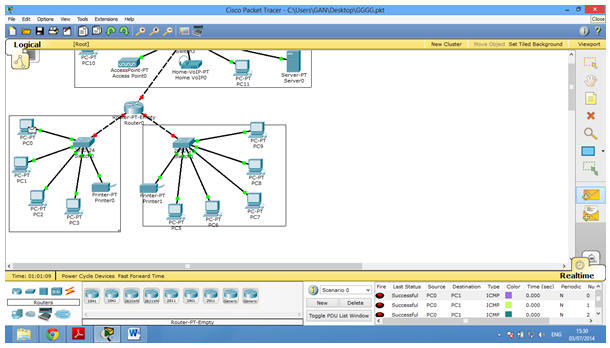 When you look on the network design and the pinging results we have checked with the design you can know the pinging is performing well.

The results of simulation are shown in the above table and that also available in the above screen shots. Here we sent ICMP ping request from machine PC0 to PC3 in one case and from some other system to some other system in successive cases. All the cases results in successful reply of ICMP request with in several nanoseconds. Thus the network design fulfils all the requirements as we expected.

Although the design performs well, we can make some improvement works in the design by adding some potential enhancement to the design in terms of security, reliability and performance. These techniques will make the network faster than the current design and helps the organization to improve the business and to expand the business span to several more offices without affecting the performance of individual workstations. While talking about the security of the network, now all the workstations are protected with advanced internet security software along with their updated databases. This internet security software helps the organization to protect the workstation from viruses, Trojan horse, worms and similar malwares those came through internet. Our firewall blocks all these kind of unethical activities performed through internet. Security software can also be installed in the related hardware items we are using. That will give more security because the malwares and other network targeted attacks such as denial of service attacks and man in the middle attacks can be avoided from the router or the switches itself. Customized security essentials and safety precautions are recommended to improve the safety of the network because most of the malware designers only target internet based on the vulnerabilities available in famous antivirus software. If we use our own specialised software, we can avoid attacks from those kinds of malware source code writers. But it needs a special team to analyse and research about the possible viruses and malwares in the internet and also in offline.

Reliability is the important feature of a network which gives assurance about the working of the network and its elements without fail and the time between successive failures should be long enough. So, the network can be called as very good network or a reliable network. The reliability of network depends upon the performance of individual systems, performance of the links, workload given to the network in a limited time span, performance of other networking elements such as switches and routers. Even though links, workstations and switches performs well the reliability may fails by unauthorized entry of malwares and hackers with in the network. These kinds of mistakes should be avoided to make a network reliable. To make our network more reliable than now, we need to inspect all the workstations be make them free from malwares and spywares. Spywares should be cleaned before malwares because they are the helping programs installed into our system by unethical hackers. Those spywares sometimes do masquerading and eavesdropping in our network in which performance and the integrity of data available in our network become questionable. Routine maintenance should be established for the workstations and the servers of our office so that the workstations prove sufficient amount of reliability. Backup data and the important documents should be moved to a cloud server or to removable storage media for improved reliability of the network and the performance because so much storage of files may leads to reduction of system and network performance. Performance of the network design can be improved by change of components to an advanced model or version. Even though, there are certain possibilities for improvements in performance of the network design in the following way

Network should be properly maintained physically and the networking components should be free from dust, should be from exposure to any chemical compounds and so on. Physical protection can be given for the network by making a separate room for the important components such as routers and servers. Employees of organization should be advised to make their workstations free from temporary files and unwanted programs. Files that are not mostly used can be compressed and saved in the hard disk. So, the hard disk will become free and the free storage space in the operating system partition can be used as virtual memory by the operating system. This also improves the speed of the workstation and the network without investing more money or making changes to the network design. Routine maintenance can also be done in the local and branch offices by computing experts team. This can be done once in a month or twice a month.

Maintenance is necessary for any kind of instrument or machinery in the world. Likewise maintenance of our network design is important. The maintenance schedule is created below.

Thus we have designed a perfect network for computerizing and coordinating the activities happening in local and regional offices of Door2Door courier services with the head office. Our design of network shows well performance as we have checked the performance and connectivity by using cisco network tracer 6.0. The designed network is also capable of making backup of data once in a week and that is possible by the specialised software in all the systems. According to our findings, the network is enough in the structure and performance for doing usual activities of the courier company and the obtained performance can be improved by making small changes and properly following prescribed network maintenance activities. We have also verified the real time performance results with the simulation results and expected results manually that also showing the performance of the network in the positive scale.