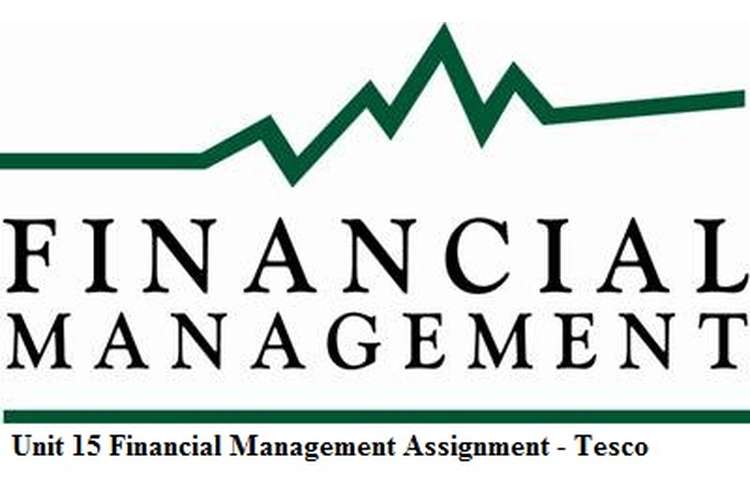 The financial management to the team manager as an intern of Stokes Mann Investments in order to report on potential investment opportunities the two companies have been selected from the consumer retail sector. They are Marks & Spencer and Tesco. Both are consumer retail stores established in the nature of supermarkets. The companies belonging to consumer retail sector have been chosen since it is the growing industry in the world markets and has profit potential not only through physically located retail stores but also online trading and e-commerce. Also both teh companies are in same industry and are competitors of each other therefore the analysis and comparison of performance of both the companies will be helpful in identifying the bestr investment opportunity along with the individual investment potential of each of the two companies. The brief introduction about these companies and rationale for their selection in terms of analysing investment potential is as follows:

The company is the largest retailer in the world with staff of more than 476,000 people and branches located in 11 countries all over the world. The company operates through retail stores as well as online platforms. The operations in UK are largest among the group. The first supermarket was established by the company in the year 1950. The mission and vision of company aims at achieving customer loyalty by providing them with high quality products and better and easier way of living. The tour operations of business of the company focuses on the sharper prices, improved quality, stronger ranges and better services. This company has been selected for analysing the investment potential since it is the largest supermarket chain and has expanded its area of operation in 11 different countries located at different parts of the world. Thus there are ample of opportunities with this company and wider scope of investment. Inspite of some downfalls and declining profits in the past few years which was a crucial time for teh company, it has revived with increasing profits and achieved sound financial position.

The company was founded in the year 1884 and has grown from the single market stall to an international multi-channel retailer. The company sells high quality merchandise and has 32 million customers which are served through 914 stores in UK and 1,382 stores all over teh world and branches in many other countries including Australia, India etc along with the e-commerce platform. This company has been selected for the analysis of investment potential since it is the oldest retail company having retail stores throughout the world established with various business strategy such as owned, franchised and joint venture. The major areas of business include food, clothing, and general merchandise where the food turnover accounts for more than 58% of the total turnover. The company has highly experienced and quality people who perform the operations with expertise and for the purpose of achieving profitability through customer satisfaction and growth. Thus there are indicators of growth and profitability potential with the company which is the core area of consideration in terms of investment potential.

This financial management aims at conducting detailed financial resources as well as performance analysis of the companies with a large market share effectively placed in the industry. The main objective is to make interpretation of financial statements accurately and using the findings from the interpretations to conduct an analysis about the performance of the companies individually as well as in comparison with each other. The two companies belong to consumer retail sector and both have expanded operations worldwide through physically located retail stores and online platforms. Although both the companies are competitors of each other but Tesco has higher turnover and market share as compared to Marks & Spencer on consolidated basis.

Approach and methodology for analysis and interpretation

The extraction of information for the analysis of financial performance of the company has been done from the annual report of the two companies for last three years from 2013 to 2015. The interpretation of the financial information extracted from the financial statements and the annual reports of the company will be based upon the financial reporting framework, International Financial Reporting Standards, Generally Accepted marketing principles and other accounting and reporting framework and regulations that are applicable on the two companies as well as consumer retail industries of UK. This is the secondary data which will be used as part of research and research of analysis and comparison of financial performance individually as well as with the competitors. The methodology and approach will follow sequential tasks starting from research of secondary information from online publications, annual reports and other articles and publications related to the selected companies and industry within which they are placed. The next step will be to interpret the data by applying logics and techniques and analysis of data by drawing tables, graphs and charts. The next step will be to draw conclusions from the analysis and calculations and make recommendations to the team manager.

Asset Turnover –This ratio is used to measure the efficiency of a business to genearet sales from using its assets. A higher asset turnover ratio is more favourable since it indicates taht the business uses its assets efficiently and vice versa. It quantifies the measurement of amount ofg sales in relation to amount invested in assets. This gives the creditors and debtors of company an idea about teh capability of assets to increase revenues. The asset turnover ratios of Tesco has increased during the three years whereas the asset turnover ratio of Marks & Spencer has declined for all the periods which means that its efficiency to use assets to generate revenue is deteriorating as a result of deficiencies in internal operations.

Return on Equity ratio- This ratio is used to calculate the amount of profit which the company has earned from the money of its investors. It a profitability ratio from investor’s point of view to see the return of their money invested in the company. The return on equity ratio of Tesco has increased in 2014 and 2015 and is negative in 2015 which shows that company has not earned good return on investor’s money whereas return on equity ratio of Marks & Spencer has maintained a good return in 2013 and 2014 and has decreased in 2015.